A high-end choice that works perfectly for streaming videos, playing music and other everyday applications.

Equipped with GREENnet technology that limits the switch's power consumption without sacrificing performance. Easy to use and affordable. Metal construction guarantees the switch is built to last.

Sometimes makes a high-pitched noise when in use. Occasional durability concerns. 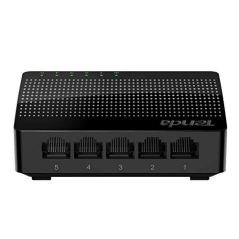 An affordable option with ample ports and a slim design as well as the possibility for some longevity issues.

Features a trim design that works well in small work spaces. Can be mounted on a wall to save even more space. Easy to set up and use, and has 5 versatile ports. Comes with free tech support. Decent price.

Plastic chassis feels flimsy. A few reports of unit failure after a fairly short period of use.

Has 8 ports, so it's perfect for heavy use or offices. Easy to plug in and use right out of the box. Doesn't run hot and offers a durable metal build. Online support is available 24 hours a day, 7 days a week.

Sensitive connections that come disconnected when the unit is bumped or moved are possible.

A premium model from a globally recognized supplier of high-tech products.

Can be set up without any software. Features strong, durable metal casing. Switch adjusts its power consumption on its own based on cable length and link status. Fanless, ensuring you won't have to worry about excessive noise. Easy to mount the switch to a wall.

A sturdy, dependable option that works great for residential and commercial applications.

Includes 8 auto-sensing ports. Offers auto-negotiation capabilities for automatic connection at the highest-available speed. Ensures you can seamlessly connect to a modem without delay. Delivers low latency in comparison to similar switches.

Ports sometimes stop working over the course of several months. Switch's firmware can be buggy.

Having a simple home network allows you to share an internet connection among multiple devices. Many people will do this over a router with wireless (WiFi) capabilities.

However, when your home network starts to become more complex with, for example, game consoles, shared printers and network storage devices, you may need some additional hardware. This is where an Ethernet switch becomes a key piece of equipment. 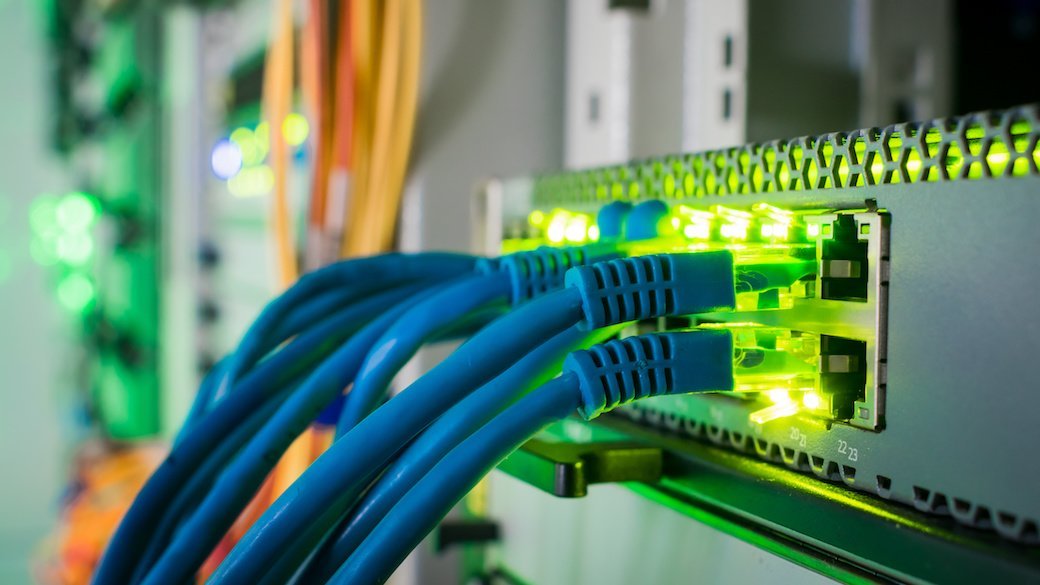 Think of the Ethernet switch as a central hub or connecting point for all of your devices. Often times, people share an internet connection through an Ethernet switch. But it has quite a few other advantages, too.

If you’re confused about how Ethernet switches can benefit your home network, here are some advantages of a switch over a router.

Here are some reasons people may choose to use an Ethernet switch.

Certainly, a WiFi network can provide some of these same benefits. However, the Ethernet switch gives you a more reliable and faster connection than what WiFi can offer.

When comparing different Ethernet switches, it can be confusing because their physical characteristics appear to be so similar at first glance. However, here are some key features you should understand to use this hardware successfully.

An unmanaged Ethernet switch is a simple piece of hardware.  It’s ideal for use in a basic home network. Users don’t need to actively manage any of the connections with the unmanaged switch.

A managed Ethernet switch provides access to extra features for those who need them, such as Quality of Service (QoS) or virtual networks (VLANs). These features are overkill for the majority of home network users, though.

A standard Ethernet port only transmits data across the cable, but a PoE  (Power over Ethernet) port in an Ethernet switch transmits both data and electrical power. You may need a PoE-capable Ethernet switch for certain types of devices on the network. For example, a security camera connected to the network can use PoE instead of a battery for its power needs.

Basic Ethernet switches are not overly expensive pieces of hardware. Consider which devices you will be connecting to the Ethernet switch before spending the extra money for PoE capabilities. If your devices don’t need PoE, then save some money and choose a simpler switch.

Ethernet switches require you to supply Ethernet cables — you can buy a 10-foot Ethernet cable for roughly $8 to $15 — so there are a few extra costs with this hardware beyond the switch itself.

Inexpensive: An average Ethernet switch for use at home will cost $10 to $20. The body of the hardware may be constructed of metal or plastic. Metal switches will cost a little more than plastic switches. These Ethernet switches probably will have anywhere from five to eight ports.

Mid-range: Ethernet switches in this range will cost $20 to $40. Some of these will have up to 16 ports. They nearly always will consist of a metal construction.

Expensive: The priciest Ethernet switches cost anywhere from $40 to $500. Devices closer to the $40 price point often will include one PoE port, along with several standard ports. For 16 or more ports in a managed switch, with several of those ports supporting PoE, you can pay $100 or more. However, such large Ethernet switches are made primarily for large networks, rather than home networks.

Did you know?
With an internet router connected to an Ethernet switch, you’ll be able to access the internet from any device connected to the switch.
STAFF
BestReviews

Making full use of your Ethernet switch is easier if you follow the usage tips we’ve collected here. 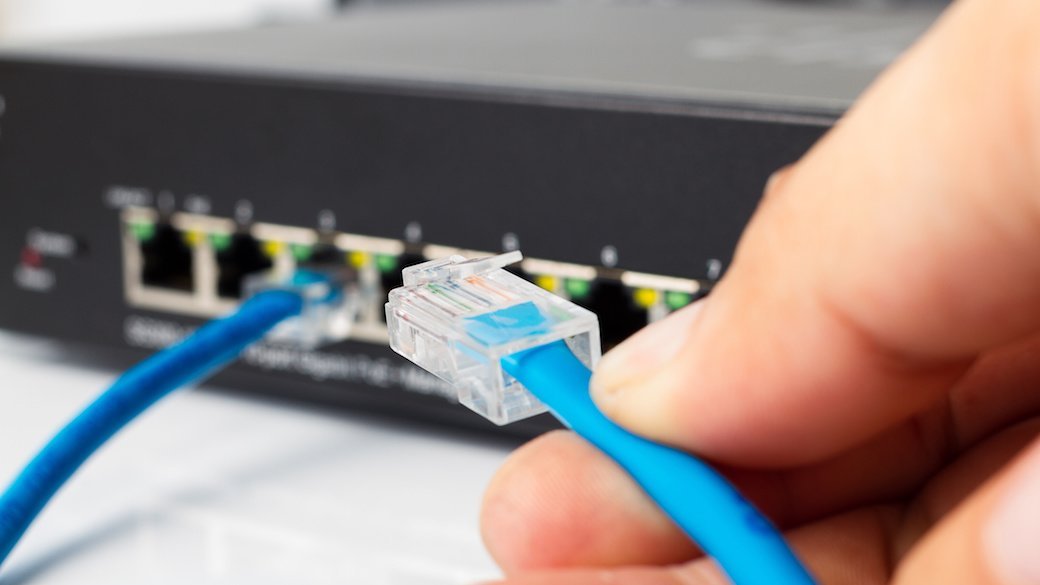 Ethernet switches allow for hard-wired connections for devices. This is different from a WiFi router, which allows for wireless connections.

Q. How does an Ethernet switch compare to a network hub?
A.
The Ethernet switch is a newer type of technology that has more features than a hub. Both the hub and switch accept connections from Ethernet cables. However, the hub takes an input signal and duplicates that signal out to all connected devices. The switch takes an input signal and sends it to a specific address on the network.

Q. How do I connect my ISP modem to my Ethernet switch?
A. The modem is a device that deciphers and manages the internet connection from an ISP (Internet Service Provider) as it enters your home. You can connect an Ethernet switch to the modem with a simple Ethernet cable. 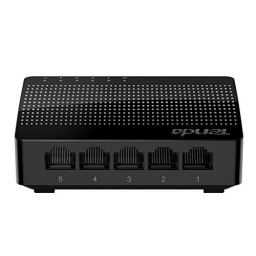 Best Bang for the Buck
Tenda
5-Port Gigabit Ethernet Desktop Switch
Bottom Line
An affordable option with ample ports and a slim design as well as the possibility for some longevity issues.
Shop Now