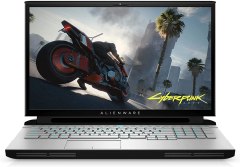 Alienware's flagship laptop, the Area 51 M has all the bells and whistles you’d expect.

Sheer performance — this is a true desktop replacement. The Area 51M has the latest Intel desktop chip, eye-tracking technology, some of the best graphics on the market and terabytes of storage. Specs include an Intel i7-10700K, Nvidia RTX 2070 Super, and up to 32GB of RAM. 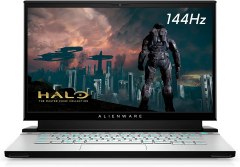 Powerful laptop in a thin, sleek profile. Perfect for on-the-go users who need a powerful computer.

Magnesium alloy chassis makes for a deceptively strong computer, in spite of its thin frame. Weight is under five pounds, making it the most packable Alienware ever made. Boasts a high-end Nvidia RTX 2060 GPU, an Intel i7-10750H CPU, and up to 32GB of RAM.

Does not have as many options as the Area 51M or older Alienware 15 or 17 models. 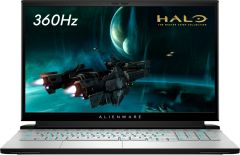 Nice mix of power and value in a sharp-looking laptop.

Battery life could be improved. Expensive. 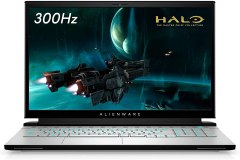 Sibling computer to the m15, but with a 17-inch screen. Good for mobile users who want a bigger screen.

Up to 32GB of RAM, ample storage, powerful processor, multiple colors, plenty of ports, and a gorgeous screen. This is a machine that offers the best of both worlds when it comes to portability and power.

Can get close to overheating, making a cooling pad a must-have accessory. 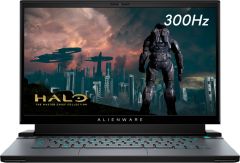 A fantastic gaming machine that performs well at an attractive price point. A bit heavy to be truly portable.

Unimpressive battery life. Fans can get quite loud.

Founded in 1996, Alienware has long been the gold standard for gaming laptops. Powerful, with top-of-the-line graphics, cooling systems, and displays, Alienware laptops are the machine of choice for gamers and professionals who want the power of a desktop in a laptop’s package.

In 2006, Dell purchased Alienware with the understanding that Alienware would remain an independent subsidiary, free to pursue its own design and marketing. The end result is that Alienware laptops continue to be some of the finest laptops on the market, giving users the best of both worlds in terms of power and convenience. Thanks to Dell’s backing, Alienware has even been able to branch into segments of the market it has traditionally not had a foothold in. For example, while Alienware’s computers have always been powerful, they’ve often been defined by the corresponding bulk required to house and cool that power.

Thanks to modern components and its relationship with Dell, Alienware offers thin, lightweight gaming laptops designed to compete with similar offerings from other manufacturers. To learn more, read on. If you’re ready to buy, consider one of our recommended models. 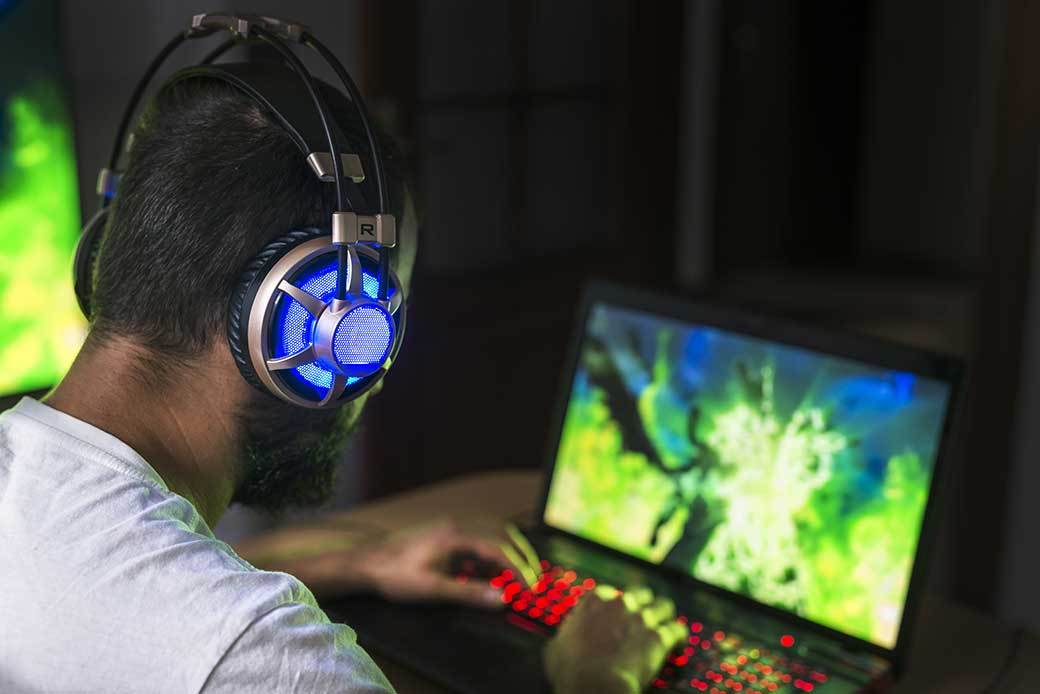 One of the reasons Alienware laptops are so big is to allow room for empty space between the components. This more closely mimics the benefits of desktop designs in terms of allowing room for heat to dissipate.

How will you use your Alienware laptop?

The single most important thing to consider is how you plan on using an Alienware computer. There’s a big difference between a casual gamer and someone who games eight to 12 hours a day. In the case of a casual gamer, they may tax their machine for an hour or two a day, but use it for relatively normal tasks the rest of the time. In contrast, a hardcore gamer playing eight to 12 hours a day is stressing their computer to the absolute max for hours at a time.

Nothing shortens a computer’s life as much as excess heat. This is especially the case with a laptop, where the computer’s housing doesn’t allow for as much airflow as a desktop enclosure, nor does it allow for large, powerful cooling fans.

While any Alienware will likely have an advantage over other comparable laptops, there is a difference in capability from one Alienware to the next. For example, the m15 and m17 thin laptops, while still far more capable than competing thin-profile laptops, will not be as well suited to long hours of heavy-duty gaming and similar tasks as the powerful Area-51m, with its larger vents and more powerful fans.

Another thing to consider is the weight of the particular model you’re looking at. Given that there can be a nearly four-pound difference between the m15 and the Area-51m, you need to consider how mobile you plan to be. If you’re a road warrior who’s always on the go, opting for the thin m15 will significantly cut down on your weight. If your commuting needs are more modest, and you don’t need to use your laptop as much while en route, one of Alienware’s larger, more robust models may be better.

As laptops continue to get smaller and thinner, manufacturers often trade upgradability for size, weight, and cost. RAM is often soldered onto the motherboard, hard drives require professional-level experience to swap, and graphics cards are non-upgradeable.

Bucking that trend, some of Alienware’s models — such as the Area-51m — give you the ability to upgrade almost all of the main internal components.

Did you know?
With Alienware’s focus on gaming, the company also offers a line of professional-grade accessories, including keyboards, mice, and headsets.
STAFF
BestReviews

All of Alienware’s lineup comes equipped with some of the best Intel processors available. You can, however, customize your laptop to include the very latest and most powerful one currently on the market. In addition, on higher-end models, the processors are overclockable desktop versions of Intel’s processors. In other words, these chips are designed to run at full power — or even be overclocked to run beyond specifications — unlike many mobile chips that are throttled due to heat concerns.

Most Alienware laptops start with eight or 16GB of RAM. This can be upgraded to 32 or 64GB, depending on the model.

All the available laptops already come with a powerful graphics card, capable of driving even the most demanding games. On some models, however, these can be upgraded to the very best cards on the market, making these laptops ideal for virtual reality (VR) applications.

Alienware laptops all come with SSDs rather than traditional spinning hard disk drives (HDD), further amplifying their performance. On some high-end models you can also opt for a RAID, along with a hybrid drive that combines the speed of an SSD with the large storage of an HDD.

"Alienware laptops use heavy-duty copper fin stacks to help manage the heat. Because copper is an excellent heat conductor, the copper fin stacks help the machine draw heat away from the critical components."
STAFF
BestReviews

One of the hallmarks of Alienware’s computers is the ability to customize them. Because each Alienware laptop can be customized so much, the prices can differ significantly from the low end to the high end.

Inexpensive: The least expensive option is actually the middle option in terms of performance. The Alienware 15 and Alienware 17 models strike a balance between raw performance and manageable size. Although further development of these models has been discontinued in favor of the newer Area-51m, these are still powerful machines at a good price. These models start at $1,300 and can be customized up to $3,300.

Mid-range: The mid-range model, in terms of cost, is the m series — either the m15 for a 15-inch screen or the m17 for a 17-inch screen. These models are thin, relatively lightweight and designed for on-the-go use. While not as powerful as Alienware’s other models, you’re paying more for the design and the effort it takes to pack this much power into this small of a package. These models start at $1,400 and can be customized all the way up to $4,000.

Expensive: The most expensive model is the flagship Area-51m model. This laptop is designed to be the very best on the market, ideal for heavy-duty professional use, gaming, and VR. Its options include the best processor, the most RAM, and the most powerful graphics card currently available. It starts at $1,950 and tops out at just over $4,300.

Did you know?
Despite being a thin laptop, the m15 and m17 are surprisingly rigid with no flex for those who like to pick up their computer with one hand. This is, in large part, thanks to the magnesium alloy chassis.
STAFF
BestReviews 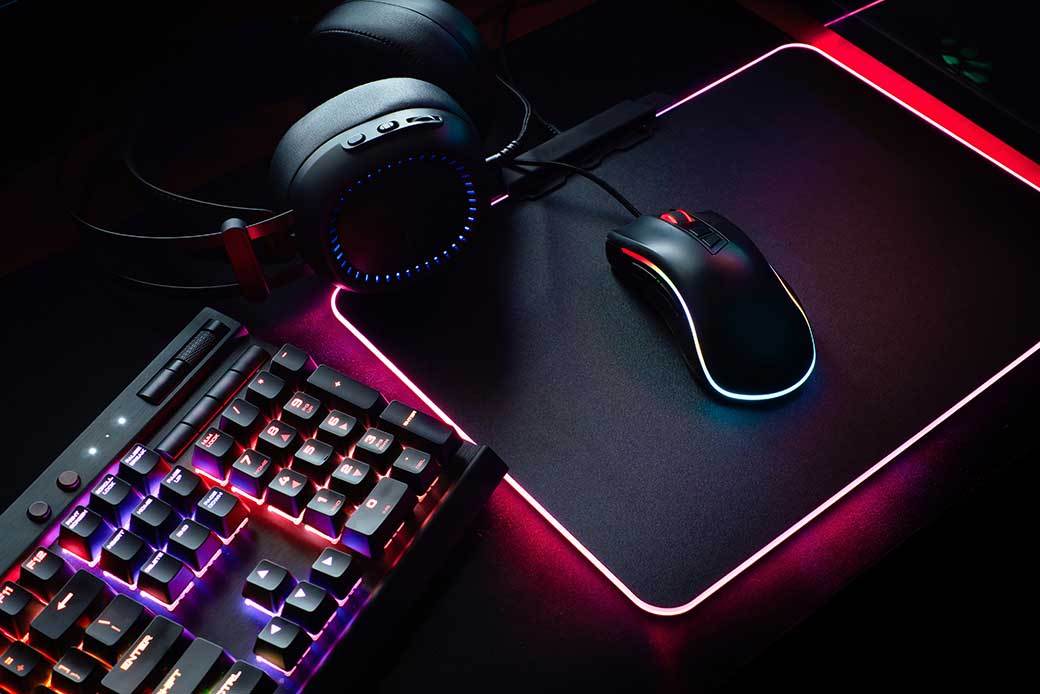 Q. Can I get an Alienware laptop in different colors?
A. Yes, there are several different color options available, from refined silver or black to bold red.

Q. Do Alienware keyboards come with backlit keys?
A. Absolutely. In fact, on many models, you can even change the color of the lighting to suit your style and preference.

Q. What kind of connectivity options are there?
A. Most models come with a bevy of USB ports along with HDMI. Some models also include as many as four SODIMM slots. 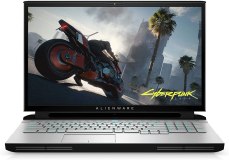 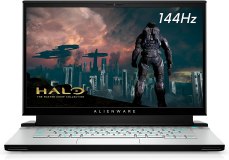 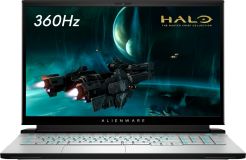 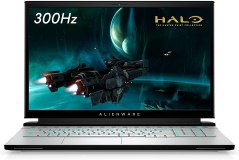 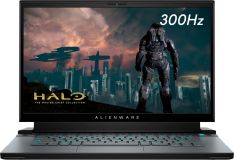