If SiriusXM is your go-to for live sports, music, and news, then this is a perfect controller for it.

Sound quality is top-notch. Can be paired with external speakers for home or office use. Mixes and scans music. Can pause and replay live radio. No commercials. Great option for those who want it all. 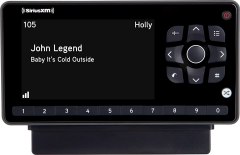 This kit may look simpler than other models but it doesn't mean it skimps on Sirius performance.

Designed for easy DIY installation for beginners and veterans alike. Simple design is easy to guide without distracting from the road. Clear song information that pops out of the screen. It boasts several advanced modes for your music.

Some tech-savvy buyers might prefer the more advanced options. 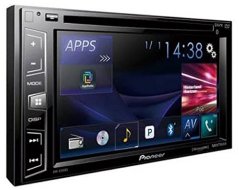 A versatile touchscreen stereo unit that's Sirius XM-ready with plenty of other features, to boot.

A powerful receiver with 4 channels. Mixtrax helps your songs blend together without jarring transitions. Time alignment optimizes the music where you're sitting. The easy-to-read screen gives all track information. Great for those who want more.

Some reports of bluetooth dropping. Setup can be difficult.

A compact SiriusXM receiver with an easy-access touchscreen that's easy to read.

The touch-screen design is meant for easy access to keep your eyes on the road. Clear screen lets you know exactly what you're listening to. Programmable channels for your favorite stations.

Not as easy to setup as other user-friendly options.

Since the merger of Sirius and XM radio in 2008, SiriusXM has become the only satellite radio provider. However, they offer a wide variety of channels, and you have the option of several subscriptions with a different mix of stations. Satellite radio receivers may go in your dash like a regular receiver or may plug into your lighter socket. The display size, interface, and features of the receiver can vary — if you need extra bells and whistles like a Bluetooth receiver for phone calls or easy-to-read LCD screens, you may need to look for more expensive models.

Satellite radio can greatly improve your listening experience while you’re on the road, but finding the right radio for your car can be intimidating. Our buying guide will break down the details and help you find the right car radio for you. 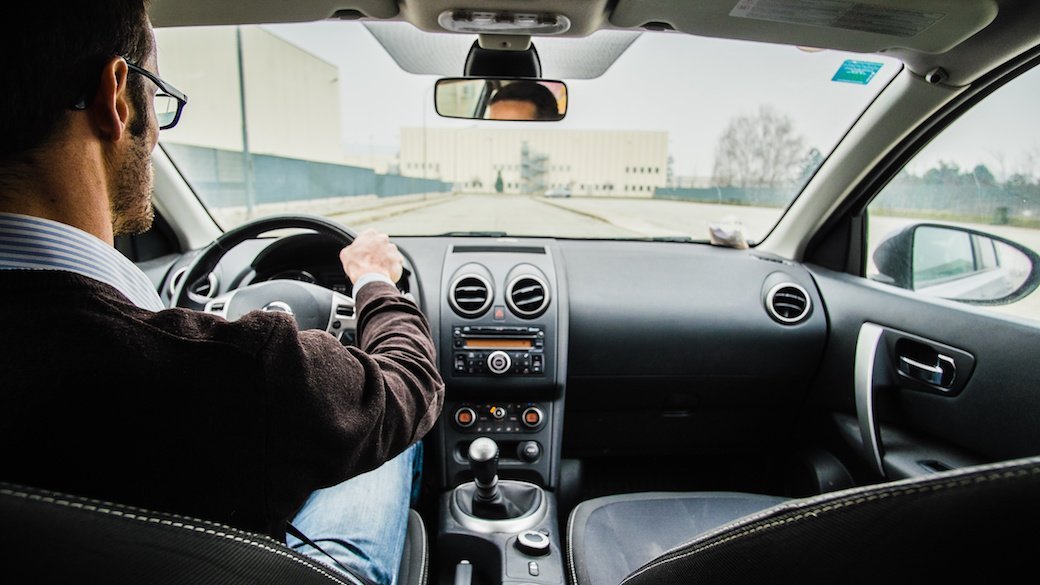 Satellite radio allows you to drive anywhere — even quite far from home — without losing access to your favorite stations.

Is satellite radio right for you?

Satellite radio has offerings that differ from AM/FM or HD radio, and that includes more than just the selection of stations.

In general, satellite radio provides the most reliable signal and has the widest range of availability. In addition, satellite radio is mostly ad-free. This is made possible by the monthly subscription fee.

If you are uncomfortable paying a regular fee for your radio service, satellite radio may not be right for you. But if you have more eclectic tastes in music or enjoy specific programs offered by SiriusXM, you may find the cost of the subscription well worth its value.

Finding a car satellite radio means considering your music and podcast tastes as well as your vehicle and the compatibility of the radio kit.

The compatibility of the satellite radio itself — often referred to as a “head unit” — is an important factor that can become a roadblock if you fail to consider it. In-dash receivers look more like traditional car radios and take up no additional space in your car, but socket-mounted and vent-mounted models are easier to install.

In-dash receivers are usually either single-DIN or double-DIN. DIN refers to the standardized sizing of head units. Single-DIN units are about half the size of double-DIN units. Quite simply, you should replace the head unit of your car with a model of the same size. There are also 1.5 DIN units and irregularly sized units, the latter of which can be challenging to replace.

Vent-mounted receivers are powered by your lighter socket and require little installation. Plug the audio cable into your head unit’s auxiliary port and you are good to go. Vent-mounted models cover one of your air vents, giving you easy access to the screen and controls.

Just like an AM/FM radio, a satellite radio needs an antenna. These antennae are usually magnetic and can be placed anywhere on the outside of the car where the sky is directly above the antennae. In most cases, the antennae come with a long cable so you can put them as far away as the trunk of the car. Take note of the length of the antenna cable of the model you are considering.

Did you know?
SiriusXM offers over 150 channels, many of which are exclusive to their service and free of ads.
STAFF
BestReviews

The display of your car satellite radio should be easy to read and large enough to display information like the time, station title, and song title, but many models don’t stop there. While a basic LCD screen is often functional, some larger screens make it easy to scroll through stations and can display things like album artwork or lyrics.

The buttons usually include functions like skipping tracks or choosing stations, but they may also allow you to select presets and easily adjust the equalizer.

Some models may have no buttons at all and instead feature a touchscreen display. This generally reduces the overall size of the receiver while still giving you control. However, it can be more difficult to control your radio while driving with a touchscreen.

If you replace your old head unit with a satellite-radio-equipped model, you should consider the sound quality of the new head unit. If you are replacing an older head unit, there’s a good chance your new unit will improve the overall sound, but you should still look into the preamp and amplifier of a car satellite radio before making a purchase.

Many car satellite radios have one or two USB ports, which allow for easy charging. This can be particularly useful with vent-mounted receivers which take up a lighter socket that could otherwise hold a USB adapter.

Some car satellite radios may have built-in GPS and navigation systems, eliminating the need for a separate navigation device.

Many car satellite radios allow you to use apps like Pandora or Spotify seamlessly, controlling the app through the buttons or touchscreen on the receiver.

Some models allow you to record programs and can even pause the music on a SiriusXM station.

"Even if you don’t keep your SiriusXM subscription, your new radio can offer a handful of features beyond satellite radio."
STAFF
BestReviews

Inexpensive: Basic satellite radios for $25 to $50 have simple LCD screens that display only crucial information and usually are not in-dash. These models may not have additional features like Bluetooth, and the sound quality may be subpar.

Mid-range: For $50 to $100 are receivers that may be in-dash or vent-mounted. These have large LCD screens that can display additional information and images, and they may have Bluetooth capability.

Expensive: The best satellite radios fall in the $100 to $200 range and may be in-dash or vent-mounted. These models have large LCD screens that may be touchscreens and can offer additional features like navigation systems. Receivers in this range tend to have the best sound quality.

For a simple double-DIN receiver with a classic style, the BOSS Audio Multimedia Car Stereo is a low-priced and straightforward option. Equipped with Bluetooth, auxiliary input, and a USB port, this head unit doesn’t leave any essential features out. Its conveniently labeled wires and easy installation make it stand out. A similar model that comes with a higher price tag but is slightly more reliable is the Pioneer Double-DIN In-Dash Stereo. While the controls can be a bit fussy, the sound quality and the intuitive interface are impressive. For a more modern-looking stereo, the JVC In-Dash CD Receiver is a good option with excellent sound. Its Bluetooth functionality and the quality of the built-in microphone are appreciated. 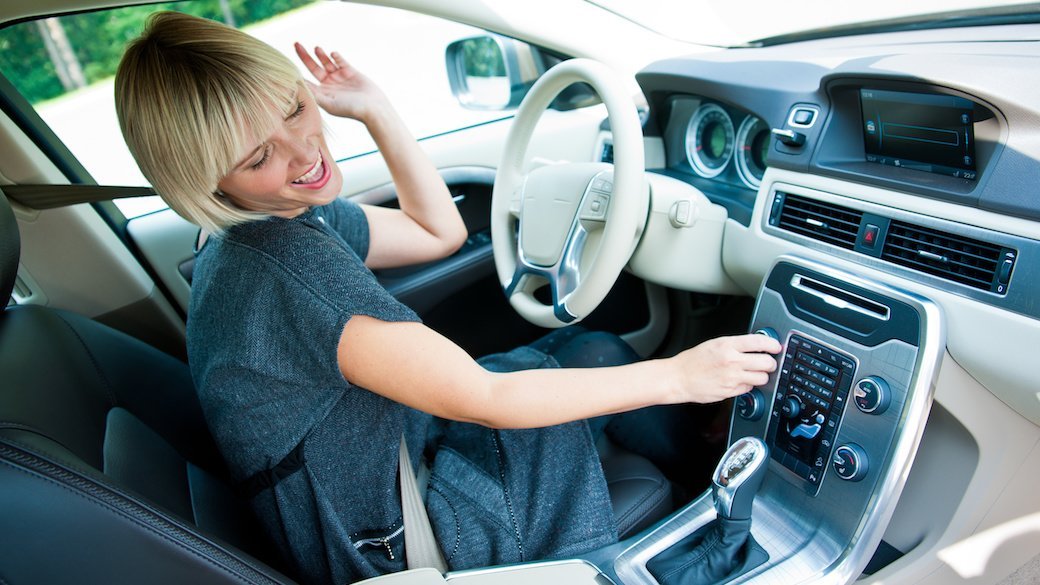 Most satellite radios will produce better quality sound than the previous head unit in your vehicle, particularly if you have an older vehicle.

Q. Can my subscription be used in multiple vehicles or with my home satellite radio?
A.
Yes, it can. However, if you plan to use your SiriusXM account on multiple smartphones or computers, you can only use one device at a time.

Q. Is the signal of satellite radio affected by tunnels or bridges?
A.
Tunnels usually disrupt the signal, but bridges and overpasses typically do not.

Q. Are there any alternatives to SiriusXM?
A.
Since the two satellite radio providers merged, there are no competitors. 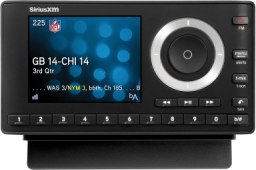 Best of the Best
SiriusXM
Onyx Plus Satellite Radio Receiver with Vehicle Kit
Bottom Line
If SiriusXM is your go-to for live sports, music, and news, then this is a perfect controller for it.
Shop Now 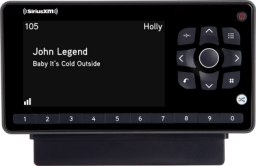 Best Bang for the Buck
SiriusXM
Onyx EZR Satellite Radio
Bottom Line
This kit may look simpler than other models but it doesn't mean it skimps on Sirius performance.
Shop Now 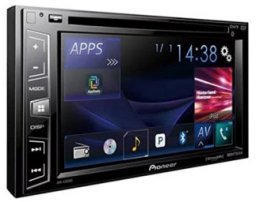 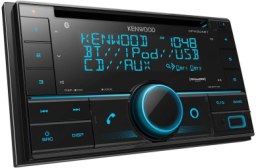 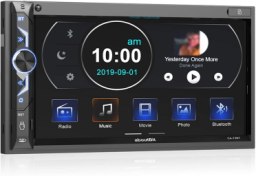 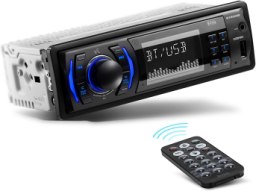