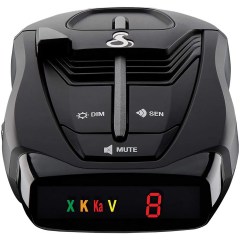 The 360 degrees of monitoring makes this model worth the money.

Comes with everything needed to mount the system. Monitors everything around you with good accuracy. Processes signals fairly quickly and is easy to understand.

Some of the beeps can be a bit loud. 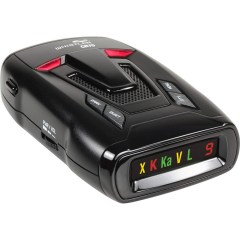 Multiple settings give this pick an edge over others.

The buttons are a little hard to press. 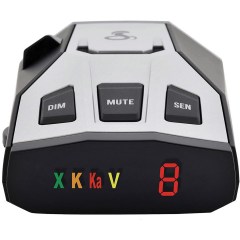 A good radar that comes with everything you need.

Buttons are easy to press quickly and efficiently. Reduces false alarms. Can detect signals from the rear of the car. The display is easy to read and discern between signals.

Some of the alerts are a little on the quiet side. 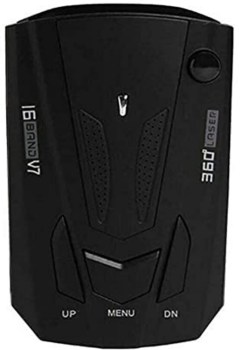 Easy to install and able to detect from far away.

Fast-sweep technology allows it to have a 360-degree range from long distances away. The mute system eliminates false alarms. Very easy to install with provided instructions.

Some users wish there was a better mounting system.

If you seem to struggle with following local speed limits when driving, you almost certainly know the disappointing feeling in the pit of your stomach when you see the red and blue flashing lights of a police car behind you.

You may not even mean to speed, but nearly all drivers slip up from time to time. In a case like this, you may want to consider purchasing and using a radar detector. This device scans the area around your vehicle, looking for a signal that indicates police officers using a radar gun to measure speed are nearby.

The idea of the radar detector is that it alerts the driver to the radar gun, reminding you to check your speed and slow down if necessary before the radar gun records your speed.

Radar detectors are available in a huge range of prices. If you are looking at purchasing this type of device on a budget, there are several models that fit in the sub-$100 price range. We’ll help you determine whether these radar detectors for less than $100 have the features and performance levels that you need. 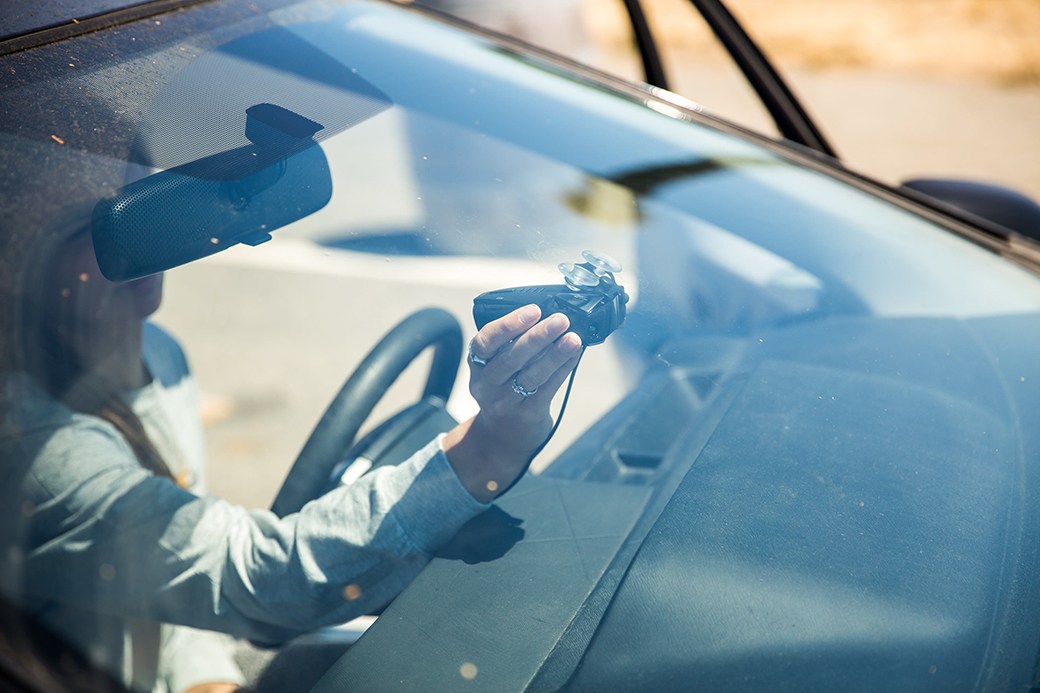 Most sub-$100 radar detectors are portable models that you can easily move from car to car.

Here are some key items to consider when shopping for a sub-$100 radar detector.

Range: If the radar detector has a short working range, it may not pick up a radar gun signal until it’s too late. Manufacturers give an estimated working range, usually several hundred yards to a mile, but real-world accuracy may be quite a bit less for budget-priced radar detectors.

Mounting area: The majority of low-priced radar detectors mount to the windshield with suction cups. A few models may connect to the rearview mirror or sit on the dashboard.

Indication method: Low-priced radar detectors often use beeps and a basic display screen to alert you that a radar gun is nearby. Pricier models may add a greater level of detail on the screen as well as voice warnings. Pick an indicator that won’t distract you while driving so you can keep your eyes on the road.

Volume: Some sub-$100 detectors may not have adjustable volume levels, which can be a hassle. Some units are too quiet to hear when you have the radio on. Other models are so loud that they startle you, which may affect your driving performance. Adjustable volume levels are helpful in a radar detector, but they’re not always available in the lower price range. 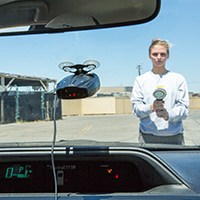 Did You Know?
For commercial drivers, carrying a radar detector in the vehicle is not legal in quite a few states.
Staff
BestReviews

Even the lowest-priced radar detectors should have success in measuring the primary radar bands police use, which include:

Quite a few of the false alerts created by a sub-$100 radar detector will occur in the X-band. So if your detector is giving you multiple X-band alerts, these are likely not signs of actual police radar gun activity. Things like automatic entry door openers on businesses and cellular towers with microwave dishes can set off the X-band.

Laser speed guns are a newer type of speed detection technology used by police. These generate a very narrow beam of light. Some sub-$100 detectors struggle to measure these laser beams while others can handle them.

If your detector misses laser speed guns, it’s not going to give you a reliable level of detection. (Another name for a laser speed gun is a LIDAR gun.)

What you can get for your $100 budget

Understanding that you’re interested in an inexpensive radar detector, we will now examine the pros and cons of products in this price range. 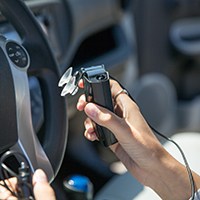 Caution
With a portable radar detector, you may want to hide it in the car when parked or carry it with you, as it could be an inviting target for thieves if they can see it.
Staff
BestReviews

Note that the following features may be hard to find in this price range.

Low-end: The least-expensive radar detectors cost $25 to $50. These simple devices often don’t have easy-to-read display screens, and they may be missing adapters or mounting hardware.

Mid-range: In the $50 to $75 price range, you should receive a unit with a simple display screen that’s easy to read. You also should receive everything you need to begin operating the device immediately.

Upper-end: For those looking for units in the $75 to $100 price range, some units offer modes that use specific features for city driving that are unnecessary in rural driving.

Of course, you can purchase a radar detector that costs a lot more than $100. In fact, the prices for these tools stretch up to $500 in some cases. High-end units detect a wider range of radar signals than low-end units. Further, high-end units are better able to detect signals originating from a greater distance than cheaper units. These pricier models should deliver fewer false alerts. 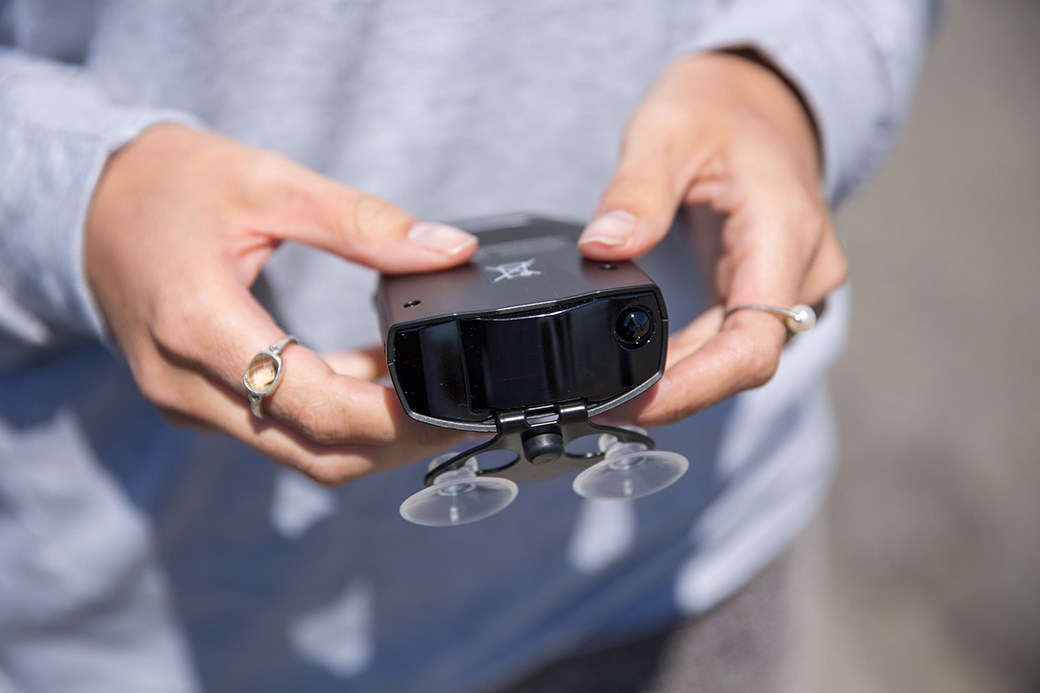 The majority of low-priced radar detector units are roughly the shape of a deck of playing cards, albeit a little larger than a deck of cards.

Q. Is a low-priced radar detector worth the money?

A. A radar detector is only worth the money when it prevents you from receiving an expensive speeding ticket. If the unit doesn’t protect you every time, it’s not worth the money, no matter its cost. Because low-priced units lack high-end features, they may miss some signals your local police use, leaving you without protection. Always test a sub-$100 detector in a local area where you know radar checks are occurring before deciding to fully trust it.

Q. What if a police officer sees my radar detector inside the car?

A. It is legal to carry a radar detector in the majority of states. However, if a police officer is trying to decide whether you give you a ticket for speeding or another violation and sees the detector unit, they may be less willing to cut you some slack.

Q. How does a radar detector compare to a radar or laser jammer?

A. A laser or radar jammer will attempt to distort the signal from the speed gun, reflecting a false reading that fools the speed detection hardware. The radar detector simply alerts the driver that police radar is operational near the vehicle. Using a jammer is illegal in some states that allow radar detectors. 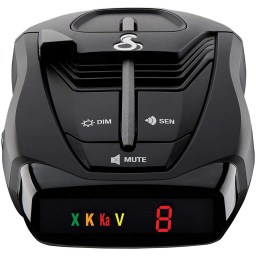 Best of the Best
Cobra
RAD 380 Laser Radar Detector
Bottom Line
The 360 degrees of monitoring makes this model worth the money.
Shop Now 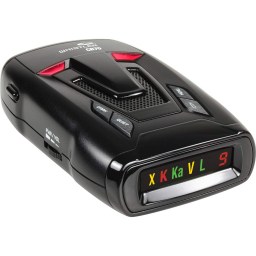 Best Bang for the Buck
Whistler
CR70 Laser Radar Detector
Bottom Line
Multiple settings give this pick an edge over others.
Shop Now 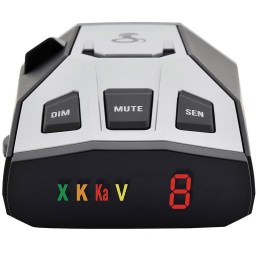 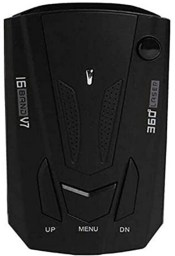 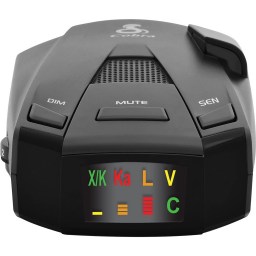 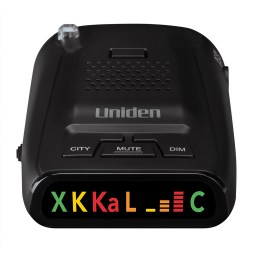 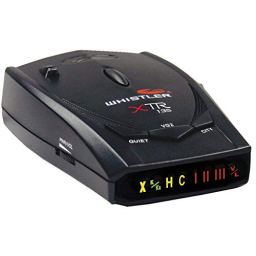 Top Pick
Whistler
Radar-Laser Detector with Icon Display
Bottom Line
If discretion, alert priority, and 360-degree coverage are what you seek from a radar detector, all are bundled into this enduring and popular brand-name unit.
Shop Now 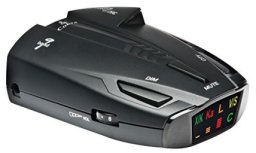 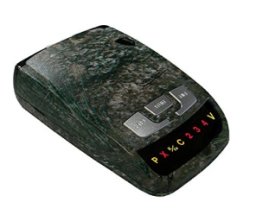 Top Pick
Rocky Mountain Radar
Laser Detector
Bottom Line
Preventing speeding infractions doesn't have to cost an arm and a leg, thanks to this budget detector that works as well as some flashier versions.
Shop Now