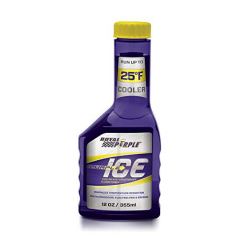 The best single bottle radiator cleaner/coolant to buy when you want the maximum level of cleaning performance.

Convenient bottle is easy to fit into tight engine compartments to access the radiator and other systems. Prevents overheating and extends the life of the water pump. Reduces hotspots around the engine and radiator to improve performance and horsepower. 2-in-1 corrosion inhibitor and wetting agent.

Sometimes difficult to see a drastic improvement in engine performance. 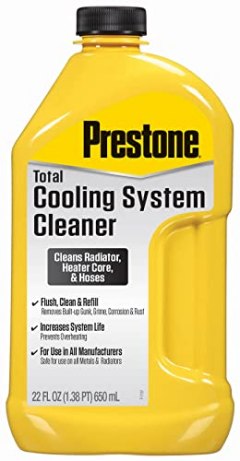 The radiator cleaner package to choose when you want a large supply for a small price.

Cleaning performance may not be as good as some other options.

The convenient solution for a small amount of coolant/cleaner for your radiator.

Multipurpose use beyond simply cleaning a car’s radiator. Works as a coolant for the air conditioning system as well. Allows the engine to run at the optimum temperature. Also compatible with most vehicle heating systems to keep the climate control working. 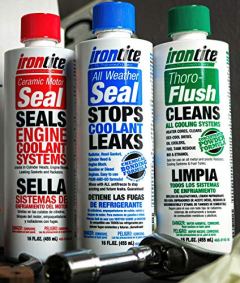 A popular, multi-purpose radiator cleaning fluid that works well on most clogs, resulting in better performance.

Top-selling industrial-level brand. Can clean clogged heater cores and gunked-up cooling systems. Removes residue from fuel tanks. In many cases, one flush is all you will need for improved performance.

May not work for all clogs, or remove buildup from all leak-stopping products.

The total all-in-one solution for cleaning and repairing the radiator without extensive repair work.

The radiator and associated cooling system are incredibly important parts of your vehicle. If your motor isn't running at the correct temperature, it's subject to increased wear. Serious overheating can cause gasket failure and warp cylinder heads — something that's extremely expensive to replace.

Most of this can be prevented with a simple, low-cost radiator flush. If you're comfortable around an engine, you can handle the job yourself.

But with so many different radiator cleaning and repair products on the market, how do you know which is best? We've put together the following radiator cleaning fluid buying guide to give you the information you need. 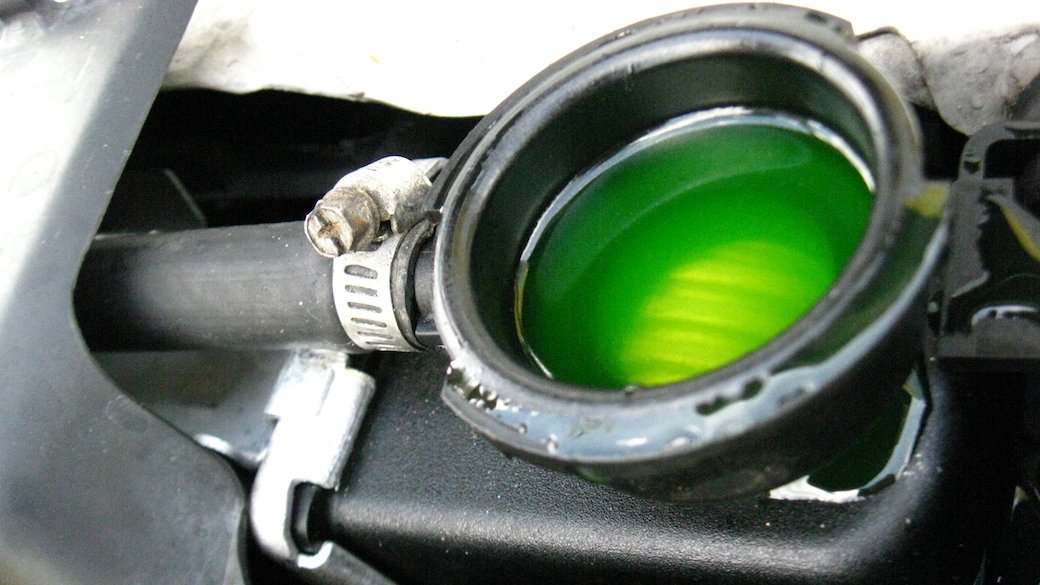 You might notice little or no improvement in performance after a radiator flush. That's not the point. It's about keeping your coolant system healthy and maximizing the life of your engine.

Why do you need radiator cleaner fluid?

Any system with water in it is eventually prone to corrosion, especially when steel components are involved. Modern motors use aluminum where possible; it reduces the problem but doesn't solve it completely. While aluminum doesn't “rust” in the same way as steel, a chemical reaction called electrolysis means it still corrodes eventually. Many antifreezes contain corrosion inhibitors which help, but nothing stops the process entirely.

Then there's component wear. All moving parts create friction, and though lubricants reduce the effect, some wear is inevitable. As a result, small particles pollute your coolant system, and you end up with a variety of gunk being pumped around your engine. Deposits start to build up in the numerous nooks and crannies. Because your radiator is made of thin tubes, it's the area most prone to blockage – and that causes your engine to overheat.

Radiator cleaning fluids work a lot like drain cleaners: they dissolve the deposits so they can easily be flushed from the system. Importantly, while they attack the materials that cause obstructions, they leave rubber and plastics (which are present throughout the cooling system) untouched.

Did you know?
In the past, egg whites have been used to fix radiator leaks. The egg cooks in the hot water just like it would in a pan, and so plugs the hole. Unfortunately, it's very unreliable. Definitely NOT recommended!
STAFF
BestReviews

Which product does what?

There are three products that fall into the radiator fluid category:

There are several overlaps, so we need to look at the benefits of each.

These are quite straightforward. The liquid is made up of cleaning agents designed to break down stubborn deposits and to thin oils and sludge. Few, if any, acids are used, so they work without damaging the components of the cooling system.

It's a “one-hit” product. It's added to the radiator, the engine is run for around half an hour so the product can do its work, then it's flushed through with clean water. Finally, the radiator is refilled according to the vehicle manufacturer's specification. Any cleaning liquid left will be very dilute and, as it's compatible with antifreeze, it doesn't cause a problem.

Most vehicles can be treated for less than ten dollars.

Minor leaks are common with radiators. They can often be welded, but this is expensive, as it involves removing the radiator from the vehicle. Chemical bonding agents are an inexpensive alternative that can be just as effective, provided the hole is small.

While not a flush as such, these products do contain inhibitors to reduce rust and electrolysis, plus lubricants that help protect pump seals. There are two types:

Manufacturers recommend a flush product is used first, then the radiator repair liquid added and left in the system.

It's likely that when the radiator is flushed again next year, this kind of repair will be dislodged. You will either have to reapply or change the radiator. Given that these repair products are mostly under ten dollars, if it gets another year's life out of your radiator, it must be considered a bargain!

These liquids are a preventative measure rather than a corrective one. Manufacturers use terms like “conditioner” or “optimizer.” They're similar to repair treatments in that they contain inhibitors. They also contain “wetters.” These are claimed to improve the cooling properties of the water and antifreeze in your system, thus balancing out temperature fluctuations that can cause damage.

They are simple to apply — just add to the radiator. They should be flushed and replaced once a year. Although coolant additives are a little more expensive than the other fluids we've mentioned, most vehicles can still be treated for under twenty dollars.

So which radiator fluid is best?

It's not really a question of which is best overall, rather of using the right product to fix a particular problem.

Radiator cleaner is inexpensive and effective. Even if you use a repair product, you still need to flush your coolant system once a year. Most mechanics will tell you that trying to do without is asking for trouble.

Coolant additive is a different approach to the same job, but it has the added advantage of improving cooling. It's popular with high-performance and racing car owners for that reason. However, it can mask other faults. It shouldn't be seen as a fix for consistent overheating. If you don't get to the root of that kind of problem, it's likely to be worse in the long run.

Radiator repair fluids are an inexpensive alternative to welding or replacing your radiator, and they also contain chemicals that are beneficial to your cooling system. There is a limit to the size of leak they'll manage, and they're never a permanent solution. They don't do any harm, so if you're losing coolant, they're certainly worth a try.

Caution
Never put off finding the cause of an overheating engine. It's likely you'll end up stuck at the side of the road with a big bill for towing … and a bigger bill for repairs.
STAFF
BestReviews 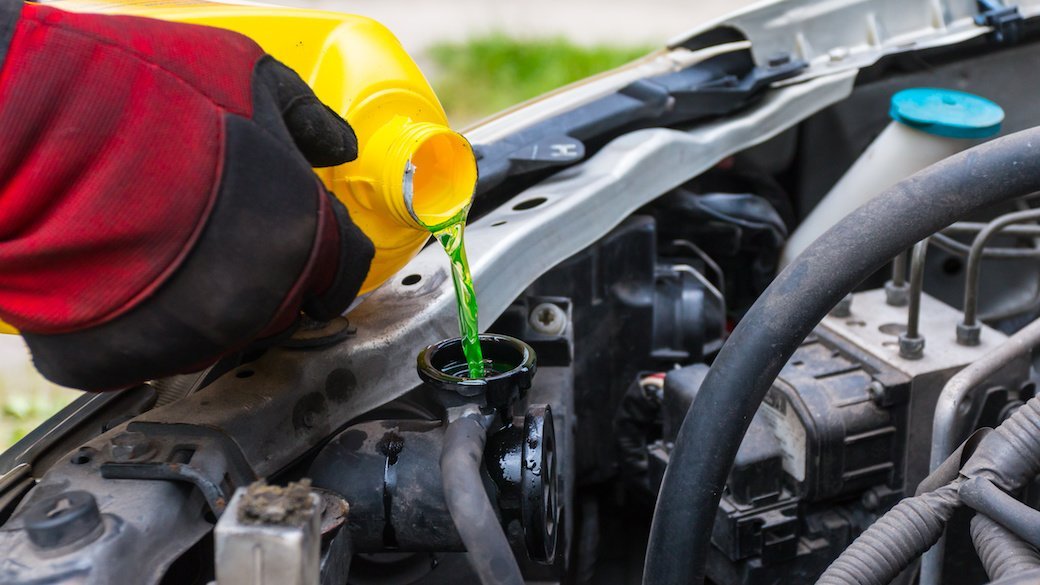 Q. How often should I flush my radiator?

A. The usual recommendation is once a year or every 30,000 miles. If you've recently bought the vehicle and you don't know when it was last done, check to see if the fluid is a nice clear green, blue, red, or orange (the colors of various antifreeze). A muddy brown color or particles in the liquid are both signs of corrosion or excess wear. Use a good radiator cleaner to flush the system as soon as possible.

Q. Is flushing a radiator complicated?

A. Not if you're comfortable with basic maintenance tasks. However, it is time-consuming — you need to allow several hours. You may also need a special socket for the radiator drain cock. They're widely available online or at auto parts stores and are not expensive.

There are lots of useful websites and videos online that explain things in detail, but if you're in any doubt, talk to a qualified mechanic.

Q. Can other problems cause engine overheating?

A. A blockage anywhere in the cooling system is a common cause of your engine overheating, but there are a couple other things you could look at: 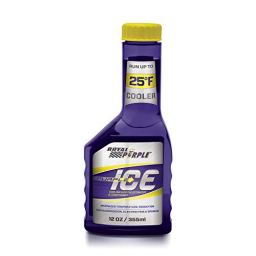 Best Bang for the Buck
Prestone
Flush+Cleaner
Bottom Line
The radiator cleaner package to choose when you want a large supply for a small price.
Shop Now 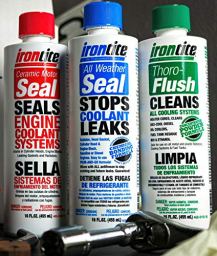