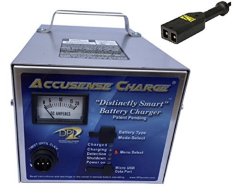 Clear controls and labels make it easy to use the charger correctly without overcharging the battery. Cord connects to virtually any golf cart battery without issue. Relay provides energy savings. 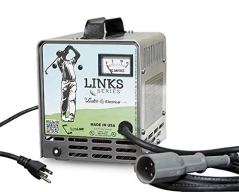 Has a built-in safety system to prevent inadvertent overcharging issues. Includes a gauge built into the case, so you can see the exact level of charge being delivered. Delivers a reasonable price point.

Contains a retro design that won’t appeal to everyone. 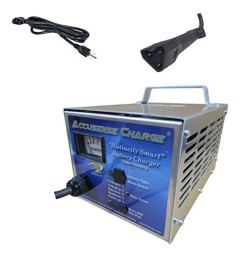 Charger is compatible with any standard 120V AC wall outlet. Surface of the battery is clearly marked to see current charge status and battery state. Offers Periodical Restart to provide charge to batteries in storage.

Does not have an automatic shutoff to prevent overcharging. 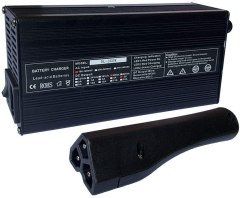 Main charger compartment is well ventilated to keep the inside components from overheating. Automatically charges to the peak level of power without overcharging. Offers trickle charge mode.

Limited to EZ-GO golf carts only.

Electric golf carts are no longer limited to use on the golf course. If you own acreage, live in a neighborhood with limited car traffic, or need to move around your business property quickly, a golf cart works nicely.

The key to having an electric golf cart that’s ready to go at all times is the unit’s battery system. Without fully charged batteries, the golf cart becomes unreliable.

That’s where golf cart battery chargers enter the picture. They deliver a charge to the cart’s battery system while it’s sitting idle, allowing you to have a full charge the next time you want to drive the cart. If you own an electric golf cart, having the right charger plays a key role in your enjoyment of it. We’re here to help you find the right charger. 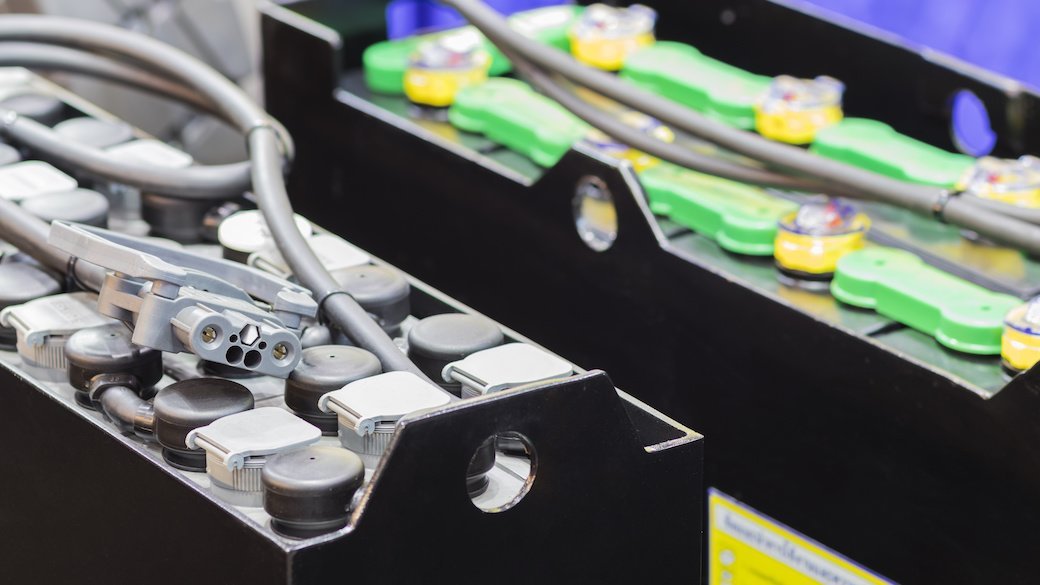 A golf cart battery should last four to six years. Batteries last longer when they’re properly maintained, which involves keeping the terminals clean and fully charging the battery system after each use.

Here are a few other items to consider when shopping for battery chargers.

Display: Certain golf cart charger models have an LCD display. This can show the number of amps being delivered as well as the amount of time remaining until a full charge is achieved.

Indicator lights: A charger may have a series of lights that alert you to the current process the charger is using. These lights can also alert you to an error.

Long cords: Selecting a charger with long cords makes it more convenient. Chargers have a cord that plugs into a wall outlet and a second cord that connects to the golf cart battery. Having two long cords is a nice feature; you can charge the cart battery farther from the wall outlet if needed.

Amps: A charger that can deliver a small number of amps (five to eight) requires several hours to deliver a full charge. For a faster charge within two to three hours, look for a charger with 12 to 18 amps.

For your safety
Do not use jumper cables to deliver power to a golf cart from an automobile battery. This will greatly shorten the life of the golf cart battery system. Only use an approved battery charger.
STAFF
BestReviews

The golf cart battery charger you choose needs a plug head that matches the battery in the cart. You plug the charger into a wall outlet to obtain power, but the plug head delivers that power to the battery system. Here are some of the possibilities for plug heads.

Two-prong, rectangular/D-shaped: For chargers compatible with quite a few EZ-GO cart models, you’ll find a primarily rectangular box (almost shaped like a capital D) with two prongs inside it.

Two-prong, round: Another two-prong plug head on certain golf cart battery chargers will fit Yamaha cart models. It has two round housings with prongs inside them.

Two-prong, crowsfoot: The crowsfoot charger plug head is common among a few different cart models, including Club Car, Par Car, Fairplay, and Yamaha. This plug head looks a bit like a standard electrical plug with two thin rectangular prongs. These are set at 45-degree angles to the face of the plug head; they are not aligned vertically as they would be for a wall outlet.

Three-prong, triangular: Another type of EZ-GO charger has a triangular plug head. It’s divided into three compartments, each of which has a prong inside.

Three-prong, round: Certain Club Car battery systems have a round plug head. Three small prongs are inside the round housing.

A few other types of plug heads are available, too, but these are for older systems. Before purchasing a charger, make sure it matches the plug for your golf cart battery system.

Some golf cart battery chargers are made to be compatible with multiple types of battery systems. These will ship with a few different plug heads for connecting the charger to the battery.

When considering the cost of golf cart battery chargers, you won’t find a significant difference between 48V and 36V chargers. Instead, the number of amps the charger can deliver plays a major role in the price point.

The least-expensive chargers cost from $75 to $175. These are slow performers that only have five or six amps. If you easily become frustrated while waiting for a battery to charge, you will be disappointed in these models. However, the low price fits nicely into some budgets.

Higher-performing chargers commonly cost $175 to $400. These units often deliver 12 to 18 amps, allowing for faster charging sessions. If you’ve got the budget for it and don’t like waiting around for a slow battery charger to get your cart moving, this could be the right price range for you.

We found a few other products that are worth considering. An inexpensive option is the GOHINSTAR 36V Battery Charger. In exchange for the low price, it runs slowly on only five amps of power. If you’re looking for a budget model, however, this could fit the bill.

On the other end of the power spectrum, one of the most powerful golf cart battery chargers is the Smart Parts 36V Battery Charger. It delivers a pleasing 18 amps of power for fast charging, as long as your battery can handle it safely. 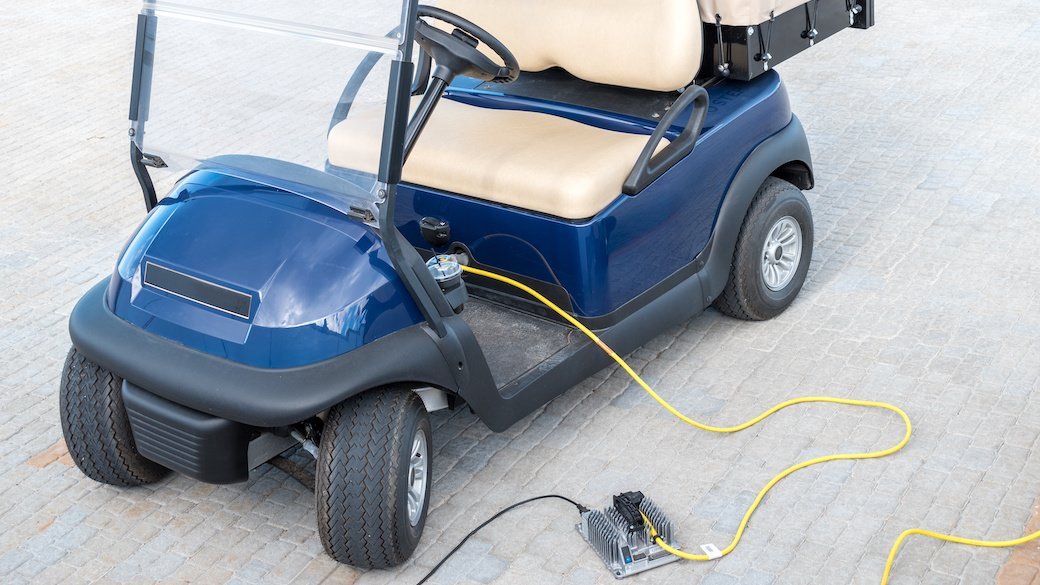 The majority of chargers sold in North America will plug into a standard 110V wall outlet. Occasionally, you may find a charger that needs a 220V outlet, though.

Q. My battery will not hold a charge, even after I use the charger. What should I do?

Q. Will the golf cart battery charger work on a completely dead battery?

A. No. The charger will only work on a golf cart battery that has about half of its voltage in reserve. A 36-volt battery system needs to have at least 20 volts for the battery charger to work. In the case of a completely dead golf cart battery, you may need to use a 12-volt charger designed for car batteries. This will give the golf cart battery the headstart it needs before the charger can work.

Q. How long does it take to charge a golf cart battery?

A. It ranges from a couple of hours to several hours, and it depends on the age and quality of the battery and the number of amps the charger delivers. A golf cart battery charger that can deliver more amps will create a full charge quite a bit faster than a charger with fewer amps. Additionally, an older battery system will take longer to charge than a newer battery system. 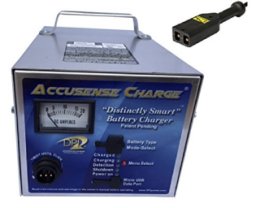 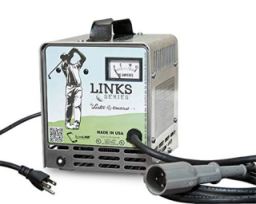 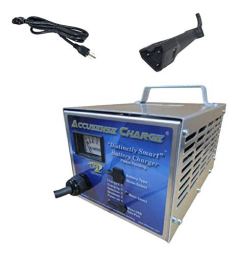 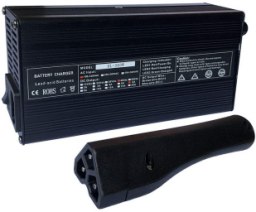 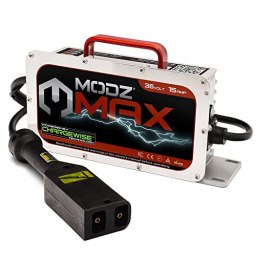