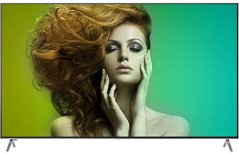 The smart capabilities of this huge TV aren't perfect, but otherwise it's a model worth considering if you like the brand and want a large screen for a reasonable price.

Boasts a 75-inch screen with 4K resolution and HDR technology that give images lifelike quality. Colors are bright and clear. Four HDMI ports allow you to use several additional components. Decent price point for a TV of its size and class.

Although this TV is smart, it's not very responsive and is glitchy when streaming apps. 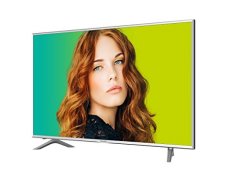 Adds smart TV features and other extras along with outstanding sound for a true home theater experience.

Brimming with input points, including HDMI ports, USB, and optical cable ports. Excellent built-in sound thanks to its DBX-TV hardware. Installation and setup are straightforward and simple.

Much heavier than other 4K TVs in the same class. 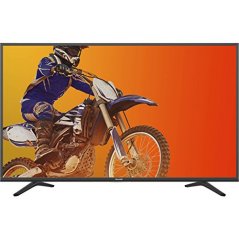 An easy-to-use smart TV that's a good choice for novices to the technology, as well as consumers who prefer a smaller screen size.

Some reports of lemons. Screen occasionally freezes for no known reason.

Choose this inexpensive TV if you don't need smart technology and don't have room for a large screen. A good choice for guest bedrooms.

It's refurbished, but it's also tested and certified. No smart technology, but this won't bother those who prefer standard models.

For decades, the Sharp Corporation has been synonymous with quality televisions, producing their first model in 1953. While the Japanese company has also made home appliances, monitors, calculators, and printers, they continued pushing to make bigger, brighter, and better televisions with impressive screens.

In July 2015, however, Sharp sold the North American manufacturing and marketing of their TVs to Hisense, a Chinese electronics company. This essentially shuttered Sharp TVs as they were once known in the U.S. In 2019, Sharp gained back their independence and formulated a plan for future production.

While these new options have been few and far between, that recent agreement looks to return Sharp to the North American market. In this guide, we explain what to expect from Sharp — and when — as well as what to know when shopping for a Sharp TV. 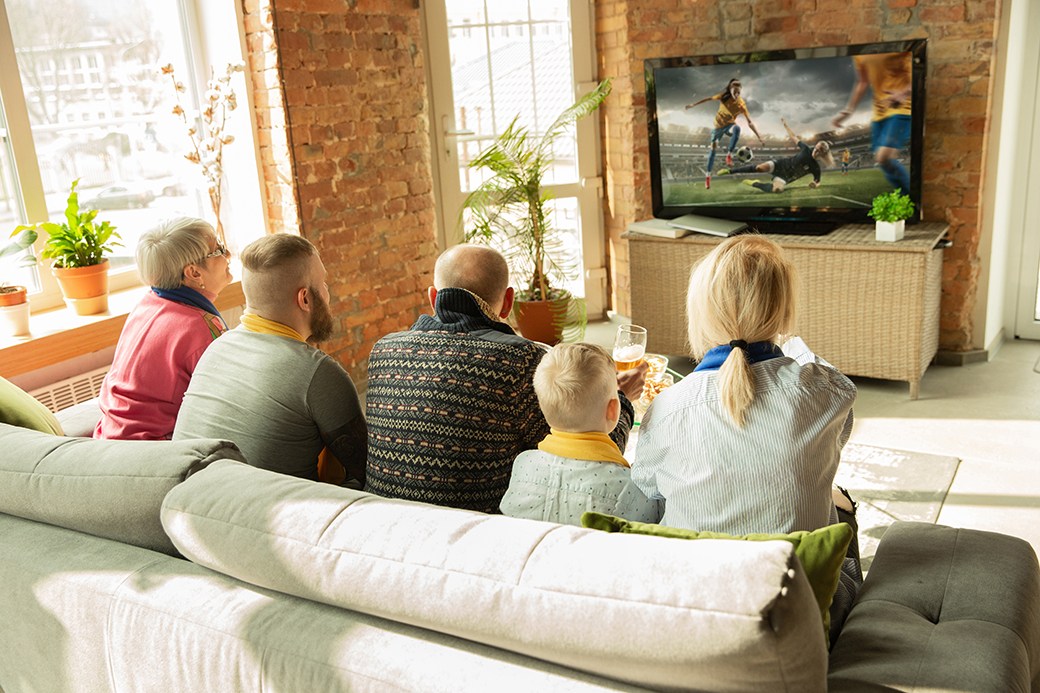 Sharp was established in 1912 and is widely credited with leading the advancement of LCD,or liquid crystal display, TVs in the 1980s. The company was the first to market a consumer LCD TV.

With each passing year, television manufacturers innovate devices that are more powerful, detailed, and immersive. For this reason, the newest televisions cost more than similar models from the prior season. As such, you're likely to want to replace your TV every five years or so to catch up on the latest offerings.

When considering Sharp TVs, it’s important to understand what has happened with the company in the last decade and how that altered TV production.

Sharp offered a wide array of TVs prior to 2015, including larger models with detailed 4K resolution. However, there is little value in buying a TV that old. Smart TVs that are five or more years old may not be compatible with modern apps, and higher resolution doesn’t necessarily mean that the colors will still be as bright and contrasting as they are now with most standard models. What’s more, since these TVs are no longer regularly made, most purchases will be from secondary markets, likely refurbished and at a high price.

While Sharp has been developing a large 8K smart TV, eager consumers may want to give pause. Not only does it come with a high price tag, the lack of 8K content being made means you wouldn’t enjoy anything in true 8K yet.

Hisense sold Sharp TVs under their name starting in 2015. Their TVs are more affordable than some bigger-named competitors, with options in terms of both size and resolution.

In 2019, Sharp bought back their rights from Hisense and began plans to sell Sharp TVs anew in North America. You may be able to find a few options from 2019 and 2020, though they are not as ubiquitous as other big brands. While ambitious plans were announced, including making 8K TVs and models nearing 100 inches in size, we’re mostly in a wait-and-see mode with Sharp right now.

The Aquos Series is a popular line of TVs by Sharp that has existed since 2001. Their most recent model is a 4K smart TV made in 2020. It uses the Android operating system and is compatible with Google Assistant. It features HDR, 60Hz refresh rate, and an impressive four HDMI and 2 USB ports to connect all your devices. It also comes at a decent price, though that may fluctuate depending on availability. 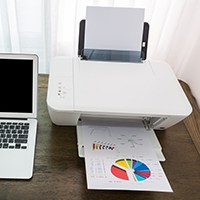 Did You Know?
Although better known for TVs, Sharp features a varied line of home and business products, including printers, air purifiers, and HiFi stereo systems.
Staff
BestReviews

Like other smart TVs, Sharp TVs offer a chance to download and enjoy a variety of entertainment apps, such as Netflix and Amazon Prime. Sharp uses Android TV as their smart platform, which includes Chromecast for easy casting and seamless compatibility with Google devices and programs. 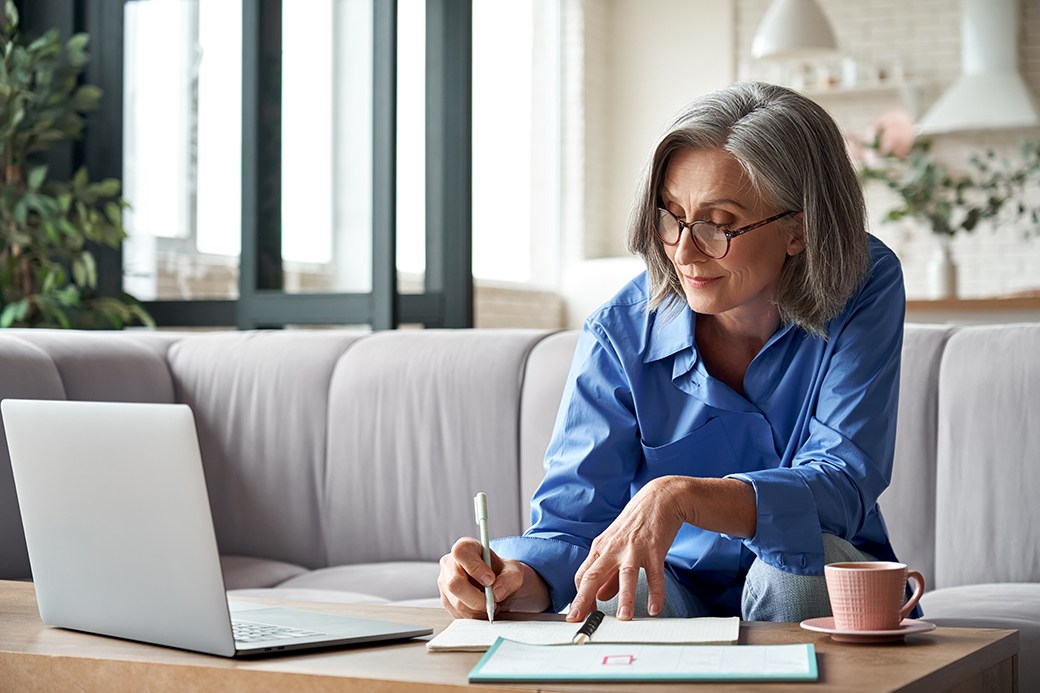 While their current lineup may be limited, Sharp still offers product support for their older TVs on their website if you need assistance.

Q. Is a Hisense TV the same as a Sharp TV?

A. Hisense took over manufacturing and branding of Sharp TVs in North American from 2015 to 2019, so the answer is both yes and no. You may have bought a Sharp TV in that timeframe that was actually a Hisense-made TV. Sharp was publicly displeased with the products Hisense made using their name and tried to break free of their agreement. Moving forward, Sharp TVs will be all their own, and consumers can expect similar quality and innovation to what the company boasted prior to 2015.

Q. Where can I buy a Sharp TV?

A. Some major retailers may have stock available. You may find some older Sharp TVs that are refurbished, but they are likely to lack value. Outside of North America, and particularly in Japan, Sharp TVs are more readily available.

Q. What can I expect from Sharp TVs in the future?

A. It’s anticipated that Sharp will offer a wide range of smart TVs, including large TVs with both 4K and 8K resolution. Typically, the company looks to innovate when it comes to displays. More companies are creating immersive visual fields with bright colors and stark contrast that’s increasingly becoming the industry standard. Still, Sharp has over the years produced budget-friendly TVs, including smaller options for compact spaces. 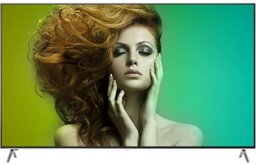 Best of the Best
Sharp
75-Inch Class AQUOS 4K Ultra HD Smart TV
Bottom Line
The smart capabilities of this huge TV aren't perfect, but otherwise it's a model worth considering if you like the brand and want a large screen for a reasonable price.
Shop Now 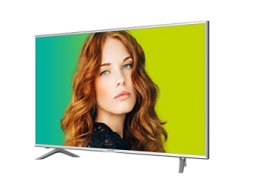 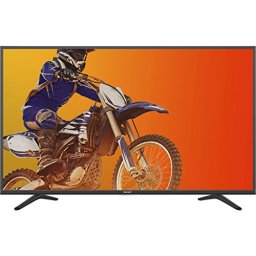