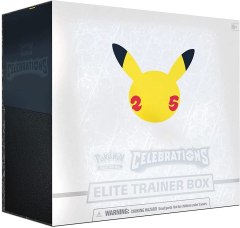 A great pack that features cards from the original release of pokémon.

Contains everything you need to create a battle-ready team. Comes with multiple types of booster packs. Arrives with card protectors that are specially designed for this box. Comes with a rulebook.

A great package that comes with a random assortment of mystery cards that fans will enjoy opening.

Each package comes with 3 random packs from various generations of the card game. Provides players with 30 new cards to add to their collection. Random cards create suspense which each pack.

The player may not receive any rare cards. 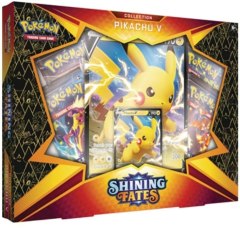 For Pikachu fans and anyone who wants to add new strategies to their deck.

Best when combined with a preexisting TCG deck. 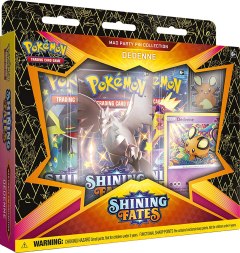 This vibrant Pokémon card set is a must-have for fans looking for rare cards. 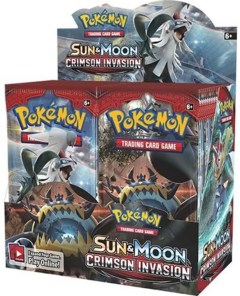 A solid box set that has the chance for a wide variety of rare cards.

Comes with 36 booster packs each with 10 cards each. The Crimson Invasion expansion has a lot of powerful cards that will make your deck even stronger. Has a decent pull rate for ultra-rare cards.

The randomization of the booster packs may leave some buyers dissatisfied.

You've played all the games on Game Boy and Nintendo DS and can name every Pokémon from Abra to Zubat. What's left for you to do? We have two words for you: Pokémon cards.

Whether you're a huge Pokémon fan who needs something new to feed your addiction or a parent who's trying to pick out a gift for a Pokémon-loving child, entering the world of Pokémon cards can be confusing.

You've got different "generations" of Pokémon cards, as well as your standard Pokémon cards, energy cards, and trainer cards. Add all that to trying to decipher the rules of the game, and it's enough to make you want to walk away and never utter the words "Pokémon card" again.

BestReviews is here to help you figure out what you need. Read our full Pokémon card shopping guide and prepare to catch 'em all. 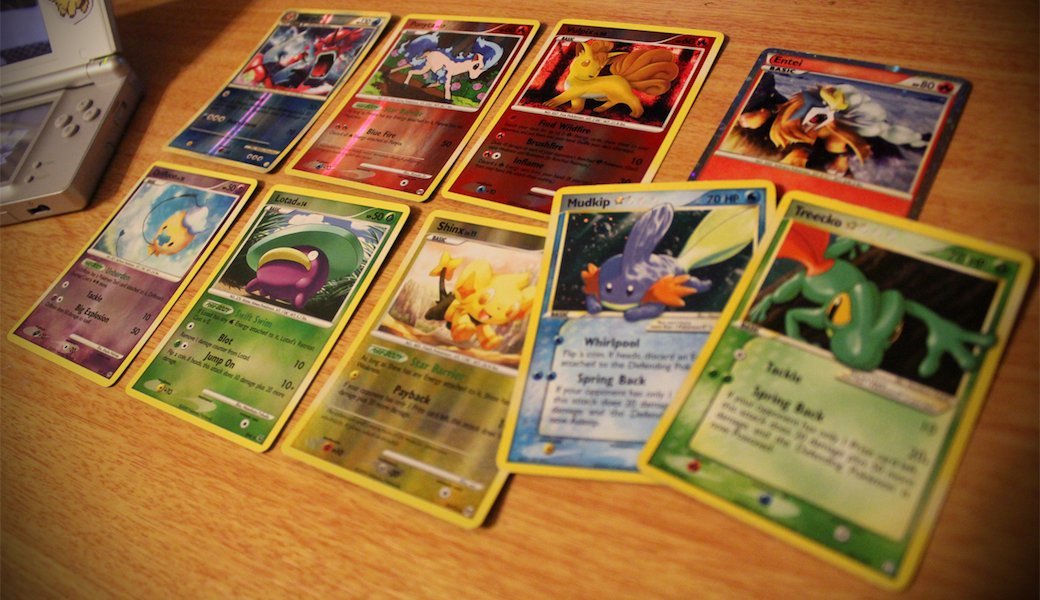 All Pokémon cards belong to a set. There's not just one card for each type of Pokémon, as the same species will appear on different cards across multiple sets.

What are Pokémon cards?

First thing's first: what are Pokémon cards? Featuring many of the 800+ species of Pokémon from the games and the TV series, these cards are designed to be used to play the Pokémon trading card game (TCG). However, many people collect, and sometimes trade, these cards without playing the game. Even if you have no interest in playing the TCG, you still might appreciate Pokémon cards as collectibles.

Did you know?
When playing the Pokémon TCG, you use a deck of 60 cards. As a rule, you should choose 20 Pokémon character cards, 20 energy cards, and 20 trainer cards to produce a well-rounded deck.
STAFF
BestReviews

Before you start buying Pokémon cards, you should know a bit about generations. If you're already a fan of the franchise, you might have heard the term "generation" used to describe the different games and their TV show tie-ins. The following are all the Pokémon card generations available at the time of this writing.

How many Pokémon cards are in the pack?

You can buy large, themed collections of Pokémon cards as well as individual booster packs. Most booster packs contain 10 cards. Larger packs can contain upward of 100 cards. Before you buy, make sure you know how many cards you're getting in a pack, so you can tell whether or not you're getting a good value for your money.

What kinds of Pokémon cards are you buying?

Does the pack contain everything you need to play?

If you want to get started playing the Pokémon TCG right away, you'll want a pack that contains everything you need. Themed decks are ready-to-use decks that come complete with everything you need to get started. They contain Pokémon character cards, energy cards, and trainer cards, as well as a paper gaming mat with the game rules on the reverse, counters to keep track of how much damage your Pokémon have taken, and a coin for when you need to make heads or tails decisions (though the latter can be replaced with a die).

Themed decks take the mystery out of deck building, although the cards you receive aren't always the best and you often get duplicates, so you'll probably want to build your own deck from scratch once you gain more experience.

You can also find some other options if you want a pack that has everything you need to start playing, such as trainer kits and elite trainer boxes.

What's the cost per card?

It's hard to compare the cost of various packs of Pokémon cards, as they contain different numbers of cards. The best way to see if you're getting a good deal is to work out the cost per individual card. As a rule, you'll pay less per card for larger packs. For instance, boost packs cost between $4 and $5 and contain 10 cards, so you're paying 40 to 50 cents per card. You can also buy boxes of 36 booster packs for $90 to $120, meaning you'll pay 25 to 33 cents per card. Beware of any cards that seem too cheap and don't come in original packaging, as they could be fakes. 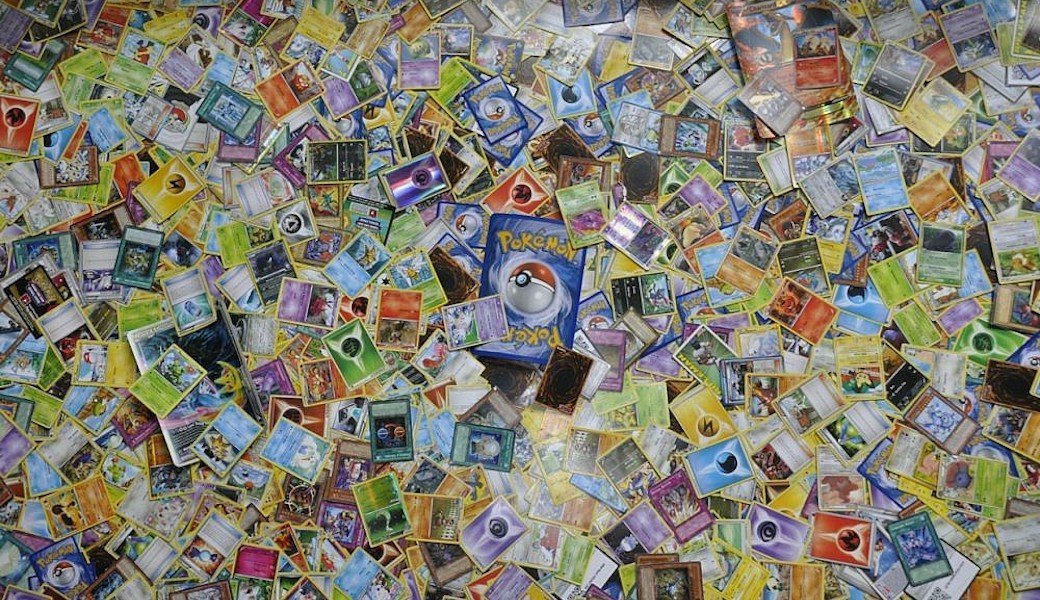 As well as plain Pokémon cards, you can also find some foil varieties, sometimes known as

Q. How can I tell if a Pokémon card is common or rare?

A. Look at the bottom right-hand corner of your Pokémon card to check its rarity index. A circle means it's common; a diamond means it's uncommon; a star means it's rare; and a star H or three stars means it's extremely rare.

Q. How do you play the Pokémon TCG?

A. The Pokémon TCG is played in a fairly similar way to the video games, so it will be more familiar to you if you're well-versed in those. Each player has a "deck" of five Pokémon (a bit like your party in the games), which they use in conjunction with the energy cards and trainer cards to knock out their opponents. The exact rules and gameplay are too extensive to list here – you'd need a whole separate page for that – but you can find plenty of resources to help you learn. You can buy trainer kits that come with detailed instruction booklets, as well as cards and other gameplay essentials. These are specifically designed to help new players learn the ropes. Alternatively, you'll find a wide range of websites, videos, and articles online that will teach you the rules.

Q. What are GX cards?

A. Part of the seventh generation Sun and Moon expansion packs, GX cards feature Pokémon with a powerful GX move. GX moves work like Z-moves in the recent Sun and Moon games for 3DS, which means you're only allowed to use a single GX move per match, so use it wisely. 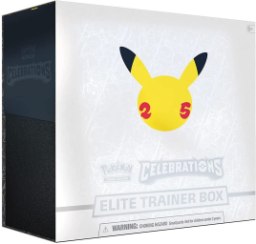 Best Bang for the Buck
Pokémon TCG
Booster 3-Pack
Bottom Line
A great package that comes with a random assortment of mystery cards that fans will enjoy opening.
Shop Now 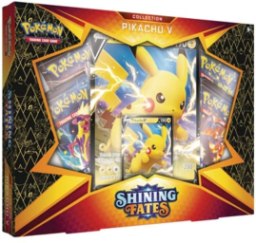 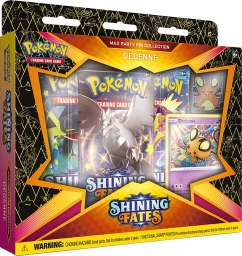 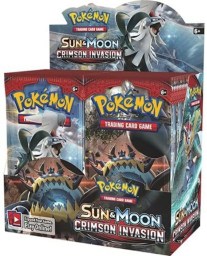 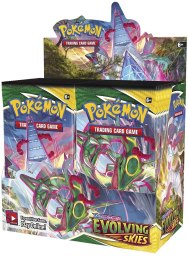 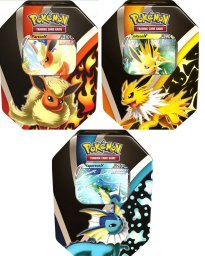 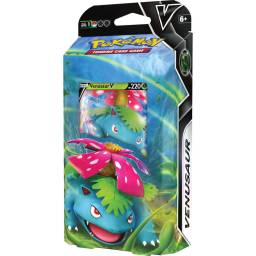 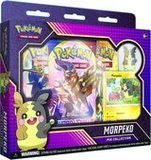 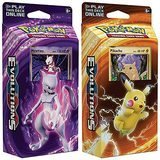