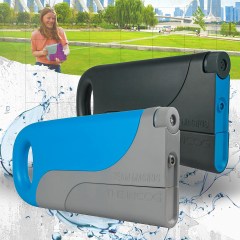 A powerful water gun that can hold plenty of water and has a unique design.

Designed using ABS casting around the water tank for more durability while remaining eco-friendly, thanks to the recyclable material. Tank can hold 40 ounces of fluid and the gun itself can fire up to 32 feet.

Pumping to fire can tire users out faster.

An affordable, long-range water gun best suited for pool or beach use.

Needs to be submerged in water for filling and reloading. 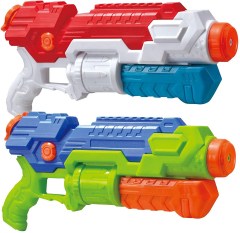 Durable, easy to use, and comes in a set of 2, making it great for the whole family.

Decent range of around 30 feet. Can hold up to 25 ounces of fluid in a single tank. Made with high-quality plastic that makes it both durable and non-toxic. Extremely easy to use with the pump and shoot mechanics.

Does not have a trigger for a more realistic feel. 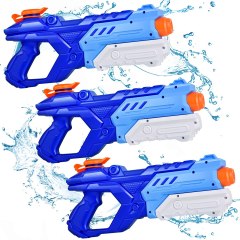 This water gun is fast and easy to refill for a full day of fun.

Water guns hold up to 600ml of water. Made with high-quality ABS materials. Has a non-slip handle that is easy to hold. Shoots up to 26 to 32 feet away. Easy to refill and shoot.

Water pressure is not very strong.

A water gun based on a blaster featured in the Fortnite video game with an easy-to-fill tank.

An SMG-style water gun featuring the Fortnite logo. Uses a pump to shoot water with handles that are easy to hold. Has a tank with a twist-off cap. Weighs 15.8 ounces and measures 16.5 inches long.

Some may prefer a water gun with a trigger.

Whether you like it or not, it’s not summer until someone has blasted you with a jet of aqua from a water gun. They might be designed with kids in mind, but you’re never too old to take part in a water gun fight!

The question is, which water gun should you choose? Which model will most thoroughly soak your friends and foes? From manual to motorized, there are a variety of styles to help you jump into summer fun. 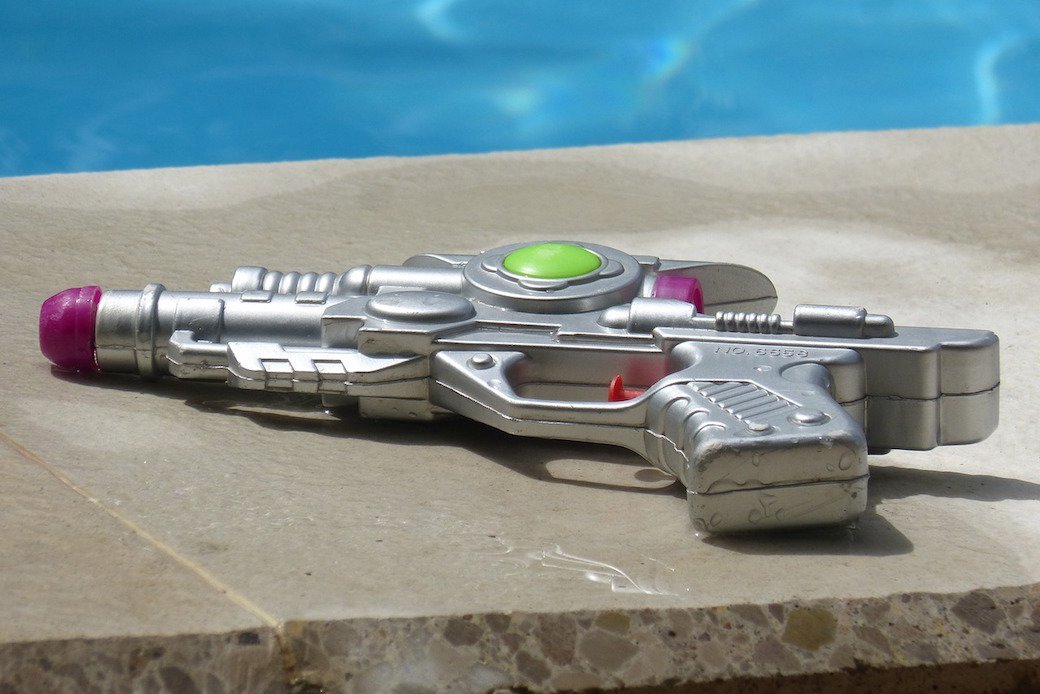 Super Soakers are the most well-known water guns, but you can find plenty of other great options.

Let’s take a look at the pros, cons, and prices of the different types of water guns.

Squirt guns – or water pistols, as they’re sometimes known – are compact water guns that squirt short streams of water when you pull the trigger.

"Because squirt guns don’t spray water very far or in high volume, they’re ideal for when you want to have some watery fun but don’t want to end up completely drenched."
STAFF
BestReviews

Pump-action water guns require users to pump a lever before pulling the trigger. This diverts some of the water into a pressurized chamber, so it can be squirted out further and harder.

"Young children may find squirt guns or motorized water guns easier to use than pump-action models since you only have to pull the trigger to operate them."
STAFF
BestReviews

A motorized water gun has a pump that is powered by a motor, so the user simply has to press the trigger to operate it. 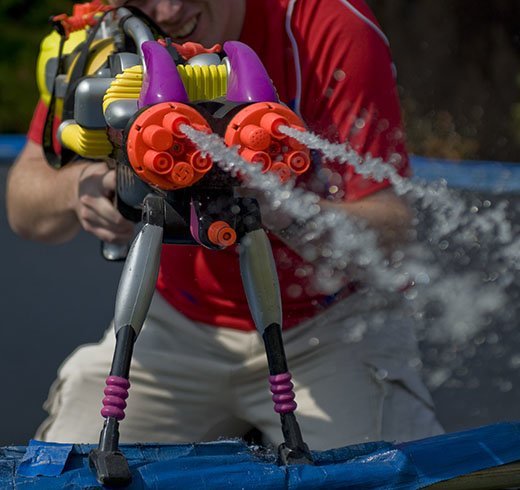 For your safety
Never fill your water gun with anything other than water. Not only could it break your gun, it could also cause bacteria to grow inside, which could make people sick when you spray them.
STAFF
BestReviews

What to look for when buying water guns

The water capacity of a water gun is how much water it can hold in its reservoir. The larger the water capacity, the less often you’ll have to fill up your water gun, but the heavier it will be when full. If you intend to have long, epic water battles (don’t forget the sunscreen!), it makes sense to opt for a water gun with the largest capacity possible. That way, you won’t have to keep taking breaks to refill the reservoir. Small squirt guns often hold less than three ounces, whereas large soakers can hold 80 ounces or more. As a rule, pump-action water guns tend to have larger water reservoirs than their motorized counterparts.

"If you’re worried that a water gun will be too heavy when the reservoir’s full, remember that you don’t have to fill it all the way to the top."
STAFF
BestReviews

Check the physical dimensions of a water gun, as well as the weight. And don’t forget to factor in the weight of the water in the reservoir, too. You should be able to find these details in the product specifications. It’s especially important to consider the size and weight of a water gun that you’re buying for a child. If it’s too large and heavy for him to handle, it’s not much use.

"Some water guns have a large opening in the reservoir, allowing you to add ice to the water to deliver a freezing blast of H2O."
STAFF
BestReviews

"Some water guns shoot out multiple streams of water at once, which allows you to more effectively soak your opponents."
STAFF
BestReviews

Some water guns have adjustable nozzles, which allow you to change the properties of the water jets. The exact nozzle settings vary between models, but you generally have the option to switch between a wider, softer spray and a thinner, harder spray. Very powerful jets can feel slightly painful if they hit at close range, so it’s wise to adjust the nozzle to a softer spray when younger children are involved.

Expert Tip
To avoid dangerous bacterial build-up, always empty your water gun after use, and refill it with fresh water the next time you want to use it.
STAFF
BestReviews 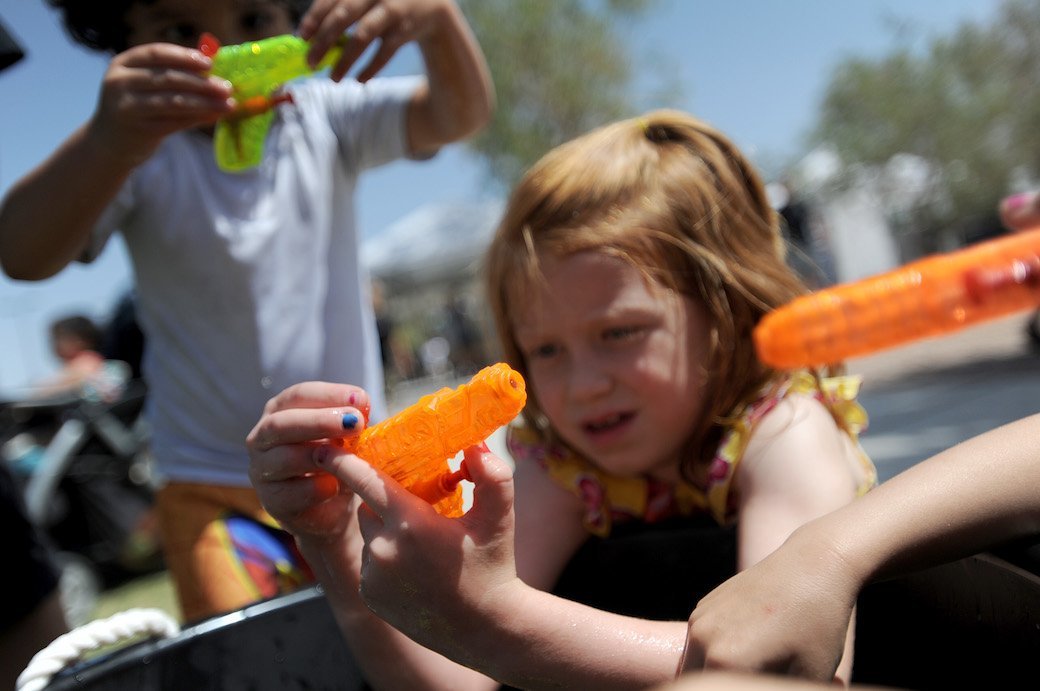 Due to potential health concerns, you may prefer to buy a water gun that’s made from BPA-free plastic.

Q. Do I need to put batteries in my water gun?

A. If you have a basic squirt gun or a pump-action water gun, there’s no need for batteries because they’re operated manually. Motorized water guns, on the other hand, require batteries to power the motor. It’s always a good idea to double-check whether or not your chosen water gun requires batteries when ordering to avoid the disappointment of not being able to use it when it arrives.

Q. Do water guns have a recommended minimum age limit?

A. All water guns have recommended minimum ages. This is due to a range of factors, including the water gun’s size and weight and whether or not it has any small parts. If you’re buying for a child, it’s important to abide by these minimum age recommendations, not only for safety reasons but because a child younger than the recommended age might be too small to handle the water gun in question.

Q. Are there any accessories I can buy for my water gun? 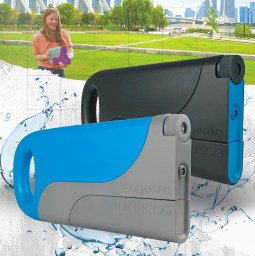 Best of the Best
TEAM MAGNUS
Incog Water Gun
Bottom Line
A powerful water gun that can hold plenty of water and has a unique design.
Shop Now 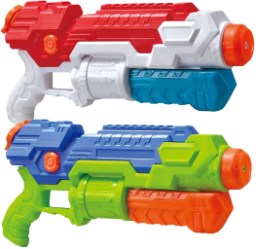 Top Pick
JOYIN
Super Water Blaster
Bottom Line
Durable, easy to use, and comes in a set of 2, making it great for the whole family.
Shop Now 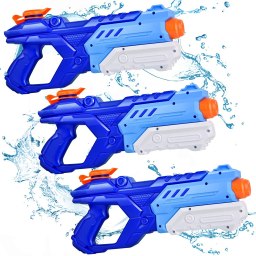 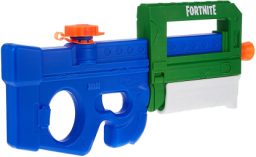