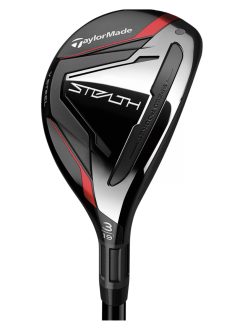 Players love this hybrid for its reduction of spin with its sturdy steel Twist Face construction.

Comes at a high price that inexperienced players might not want to invest in a single club. 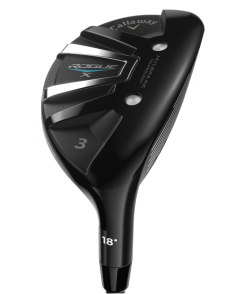 A hybrid club that is easy to hit and increases distance.

Might be longer than desired; has been difficult for some to achieve desired loft. 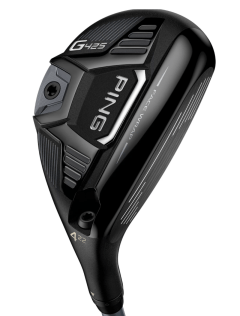 This popular pick is known for its wide range of loft and capability to improve players' distance and accuracy.

Employs Spinsistency™ low on the face to add distance. Increases flexing and speed with Facewrap™ technology. Features smart grip and sensor to easily track, record, and analyze player shots. Boasts 8-position hostel that is lightweight and allows for customizable loft and lie.

Users recommend buying custom grips, as the sensors in the standard option make them feel unstable. 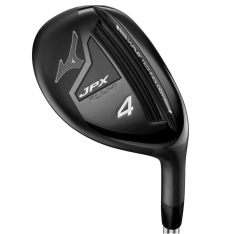 A customizable hybrid option designed to fit each players' specific preferences for loft and lie.

Custom-made to take the place of unreliable long and mid irons. Features a 431 body and 17-4 stainless steel face that is durable and reliable. Designed to increase accuracy, speed, and distance for a specific user. Bendable hostel allows for lie adjustments.

Can be quite pricey. Because it's custom, it might not be suitable for other players to borrow. 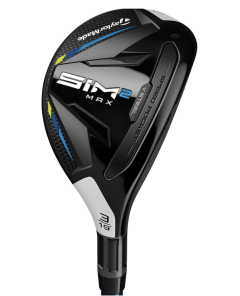 This club is a favorite for its impressive balance and control, making it very easy to hit.

The face scratches and wears quite easily. Limited loft options compared to others.

Sometimes with sports terminology, the name of an item tells you nothing about it. Golfers try to score a birdie, hockey players try for a hat trick, and baseball players…well, baseball has its own language. But when it comes to hybrid golf clubs, the name tells you exactly what it is. A hybrid golf club is simply a combination of more than one type of golf club.

Men’s hybrid golf clubs represent a relatively new concept – they’ve only been available for a couple decades. If you aren’t yet using a hybrid club (or two), we’ll explain how these clubs work and why you may want one.

If you’re ready to buy, check out our top recommended hybrid golf clubs, too. 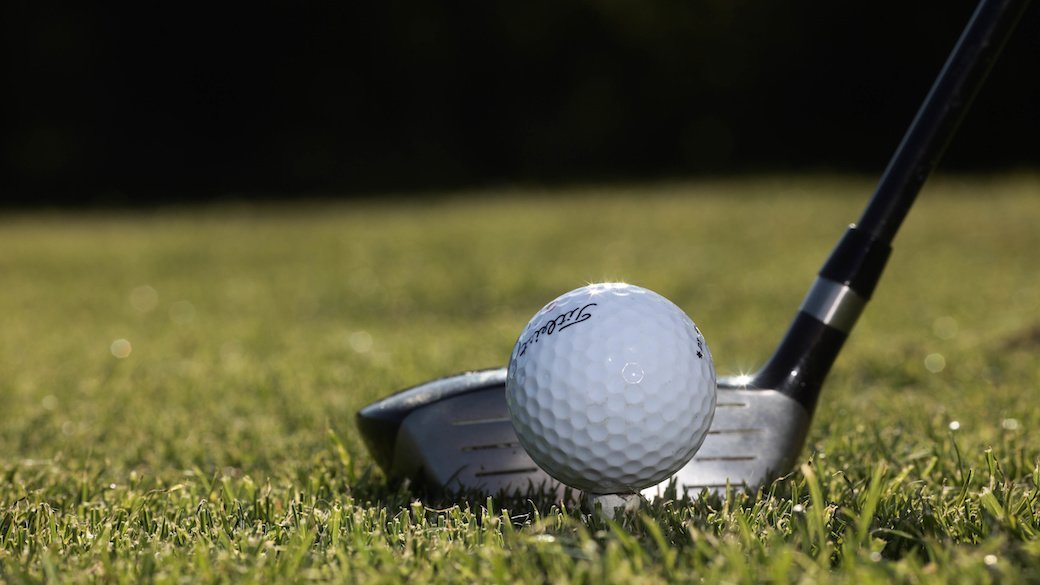 Some people refer to a hybrid golf club as a “rescue” club, but this is also a brand name. Manufacturer TaylorMade branded its first hybrid clubs as Rescue clubs in 2003, and it still uses the Rescue name.

Before purchasing a hybrid golf club, you’ll want to understand some of the features common with hybrids. These features help explain why less experienced golfers have more success with this type of club.

With the hybrid clubhead’s center of gravity placed toward the back, beginners can use more of a sweeping swing. An iron requires you to have a steeper angle, digging into the turf. With a low center of gravity, it’s easier to gain loft on the ball, too.

A hybrid club may have features like rails that allow the club’s sole to slide through long grass. It works nicely out of the rough. (With an iron, the club’s sole may get caught up in the rough.) Additionally, some clubheads allow you to twist a screw and adjust the angle of the clubface by a few degrees either way.

A hybrid club has a flat clubface, more like an iron. This allows you to keep the ball on line more successfully than with the slight curvature of the face of a fairway wood or driver.

Hybrid clubs weigh less than fairway woods or drivers. For golfers who struggle to generate clubhead speed, a lightweight club helps to get more distance.

Hybrids have shorter shafts than woods, which makes them easier to control, especially for high-handicap players.

The wide, flat bottom on the hybrid club gives inexperienced players more confidence. Some players overswing with an iron because of its narrow sole – they feel like they need to swing harder to get more distance. But novice players tend to swing normally with a hybrid’s wide sole.

Did you know?
The most common type of hybrid club looks like a smaller fairway wood.
STAFF
BestReviews

Hybrid golf clubs vary quite a bit in price. You can expect to pay $40 to $100 for the least expensive hybrid clubs. These clubs don’t have any significant advanced features, but they’ll work for beginners.

High-end hybrids cost anywhere from $100 to $300. Expect these clubs to have features like adjustable clubface angles. You’ll also find high-end materials in the clubface that deliver extra ball speed and distance.

Finally, you might want to consider a set of hybrid clubs containing five to nine clubs for $200 to $700, which makes the cost per club pretty low. 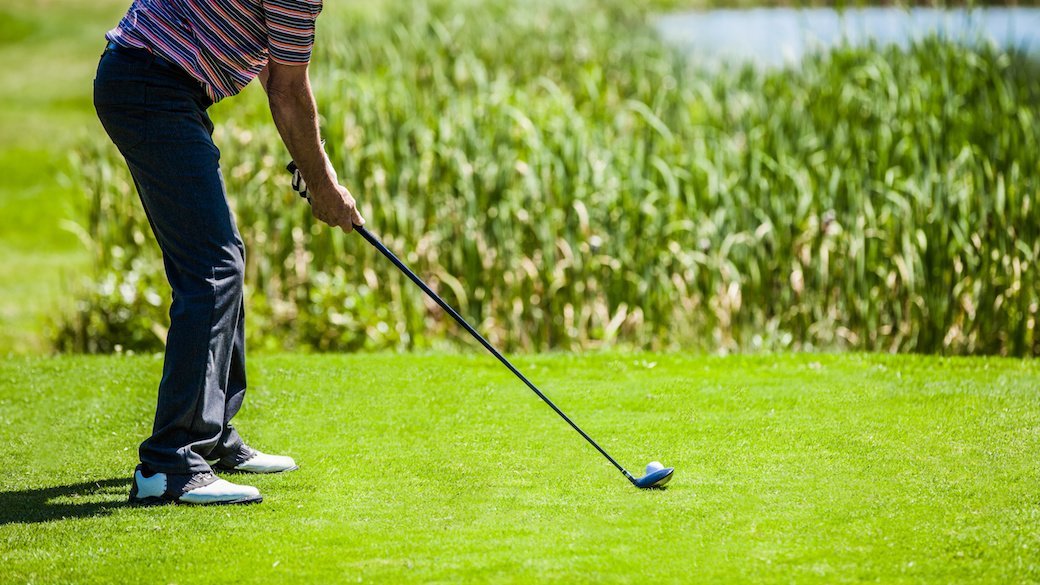 One reason men’s hybrid golf clubs are so popular is because they can be used for many types of shots. They work from a fairway lie, off the tee, around the green, or from the rough.

Q. Are hybrid clubs useful for experienced players and pros?

A. Quite a few professional golfers have added a hybrid club or two to their bags in the past few years. Certainly, some low-handicap golfers avoid hybrid clubs, thinking they’re primarily for beginners. But hybrid clubs allow even great golfers to simplify some tougher shots from bad lies. Female pro players and male senior pro players have adopted hybrids more readily than traditional male pro players.

Q. As a beginning golfer, should I just stick with hybrids?

A. For typical beginners, having a variety of club types in the bag is a good way to learn. It’s best to work with different clubs both in practice and on the course. You then can figure out which types of clubs you hit consistently. You may find you only need one or two hybrids in your bag, or you may find you love hybrids and want several of them.

Q. What are the common types of clubs that hybrids usually replace?

A. Golfers commonly struggle with hitting long irons. In fact, golf club sets and iron sets rarely include 1- and 2-irons anymore because so few golfers hit these clubs successfully. Some golfers struggle with the 3- and 4-irons, too. Hybrid clubs most often replace these long irons in the bag.

Q. Is it better to buy a set of hybrid clubs or buy them one at a time?

A. This decision really depends on personal preference. If you know you’re going to want a lot of hybrid clubs in your bag, buying a set will save you some money versus purchasing one at a time. However, it’s more common to purchase individual hybrid clubs as you find a need for a particular one. 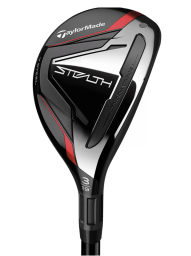 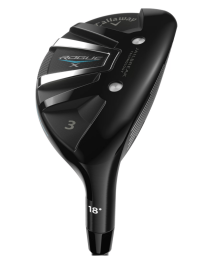 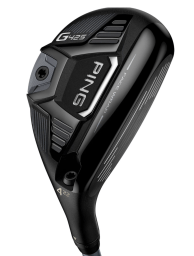 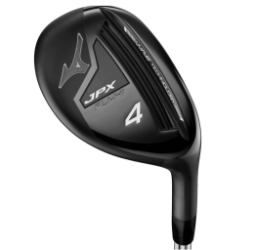 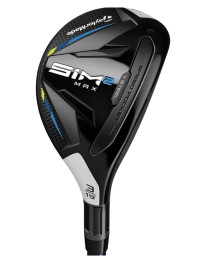 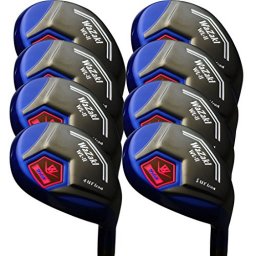 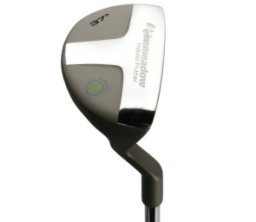 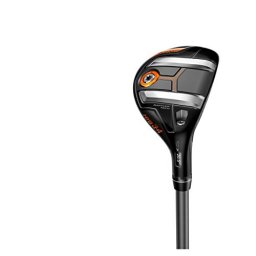 Top Pick
Cobra
Men's KING F7 Hybrid
Bottom Line
A good all-around club that lets you fine-tune the loft settings, so long as you have your own allen wrench.
Shop Now 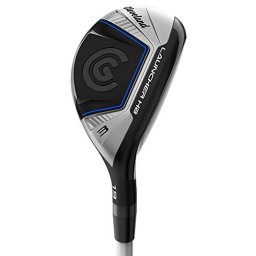