Prime Day
BestReviews has been covering Amazon's signature shopping event since it launched in 2015. We're obsessed with helping readers connect with the top products for sale over the multi-day annual event. 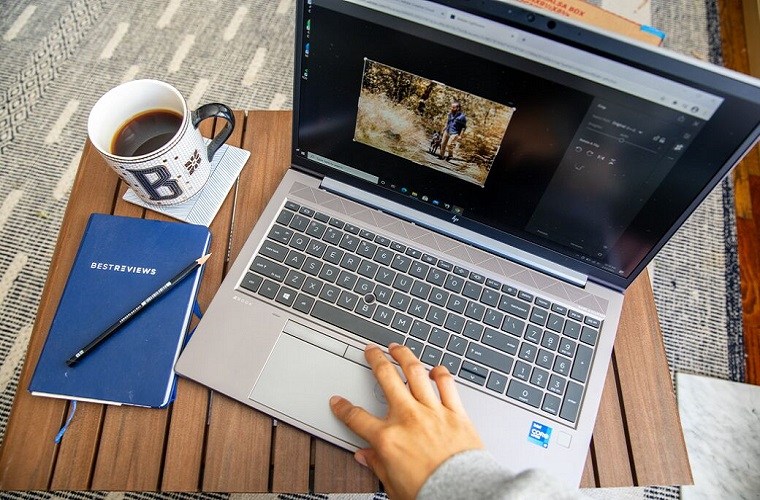 What laptop deals can we expect on Prime Day

Which laptops will see the heaviest discounts?

Prime Day is a great time to get some of your most sought-after products at significant savings. This year, Prime Day will be on July 12 and 13, and while Amazon sells a nearly infinite variety of products, electronics feature heavily at its yearly mid-summer sale. In particular, you’ll find a large number of previously released laptops on sale.

While it’s impossible to accurately predict every single laptop deal we’ll see in June, past events give a good indication of what kinds of products Prime Day will feature.
Most manufacturers use the mid-year shopping holiday as an excuse to offload copies of previous years’ models at prices that are hard to pass up.

While the latest and greatest technology is often the best, it’s also the most expensive. With that in mind, plenty of last year’s laptops — and even many from 2020 — still boast high performance today. In other words, even some of the most demanding computer users can find a Prime Day deal on the right laptop for them.

Apple’s stylish and popular laptops rarely see discounts, but the models equipped with the first-generation M1 chipset are a couple of years old now. Look for vendors to lower prices in order to make room for the upcoming 2022 MacBook Air. Sold by Amazon

At just $750, its list price isn’t exactly high, but it’s a safe bet that this high-efficiency laptop will be especially well-priced during Prime Day. It’s equipped with a great deal of modern components, including WiFi connectivity, an eight-core AMD Ryzen processor, and at least 8GB of RAM. Sold by Amazon

This one was on sale for last year’s Prime Day, just a couple of months after its release. It’s reasonable to expect another good sale price because rumor has it that the Surface Laptop 5 will be announced and released later this year. Sold by Amazon

Dell’s been unloading the previous iteration of its iconic laptop at good prices for a while now, and that should continue through July, both on Amazon and Dell’s own site. While you typically get more configuration options by ordering from Dell, you can often find better deals on Amazon. Sold by Dell and Amazon

Acer is hard at work promoting the newer Enterprise version of this advanced Chromebook. In the meantime, look for this quality Chrome OS-based laptop to see a price drop during Amazon’s holiday. Sold by Amazon

Unlike the more expensive 713, this one’s engineered for efficiency and offered at a low price. It wouldn’t surprise us if that price dropped further below its current discount in mid-July. Sold by Amazon and Acer

MSI makes some of the best gaming laptops, but they aren’t usually as economical as the mid-range 15M. It’s already nearly 20% off at Amazon currently, and it could realistically go even lower by the third week of July. Sold by Amazon

This gaming laptop is about as portable as they come, and it’s outfitted with the kind of high-end hardware you’d expect from a renowned manufacturer such as Asus. It’s unclear how steep its Prime Day discount might be, but it could be quite good considering the laptop’s 2020 release date. Sold by Amazon

While this particular model is nowhere near brand new, it delivers a better price-to-performance ratio than ever before, thanks to an ever-decreasing price tag. Look for that trend to continue through Prime Day. Sold by Amazon and Lenovo

This Chromebook is one of the best-looking and most versatile of all, but it hasn’t gotten a ton of traction in the public eye since its launch. Sellers will very likely offer it at a big discount to get it in consumers’ hands. Sold by Amazon and Lenovo

Q. What is Amazon Prime Day?

A. It’s a once-yearly sale that ostensibly celebrates Amazon’s founding, as the website came into being on July 5th, 1994. More realistically, it gives vendors and consumers alike a summertime buying holiday half a year separated from the commerce-heavy Christmas season.

Q. When is Amazon Prime Day?

A. Amazon has confirmed that it will take place in July 2022, but we have yet to learn the exact date. It will likely take place between six and eight weeks from now. If past events are any indication, July 18 and 19 will mark this year’s two-day sales holiday.

Q. How do you take advantage of Prime Day?

A. Chiefly, you must be an Amazon Prime member to take advantage of Prime Day deals. You can wait as long as you want before the event to sign up, but know that Amazon usually starts to introduce unseasonably great deals leading up to the event.

Q. How can you get secret Prime Day deals?

A. For starters, you can use any Alexa-enabled device to get exclusive, Alexa-only deals on Amazon. This works all year long. Beyond that, owners of the most recent Echo speaker or Echo Show smart display can enable a special feature where Alexa provides up to 24 hours of notice on upcoming deals. These notifications can make all the difference in terms of finding the best deals on products you already know you want.

To take advantage of this Prime Day notification feature, load up your shopping cart, wishlist, and saved items with anything you’re specifically interested in. Then, turn on the “Deal Recommendations” option in your Prime subscription settings. After that, your smart speaker or smart display will alert you to any upcoming discounts on products you’ve flagged.

A. For obvious reasons, Amazon has more Prime Day deals than any other online retailer. Nonetheless, other vendors and manufacturers have taken note of Prime Day’s resounding success and countered with good deals of their own. When you find a good Prime Day deal, it’s worth cross-checking it against the manufacturer’s price to make sure you’re getting the most for your money. 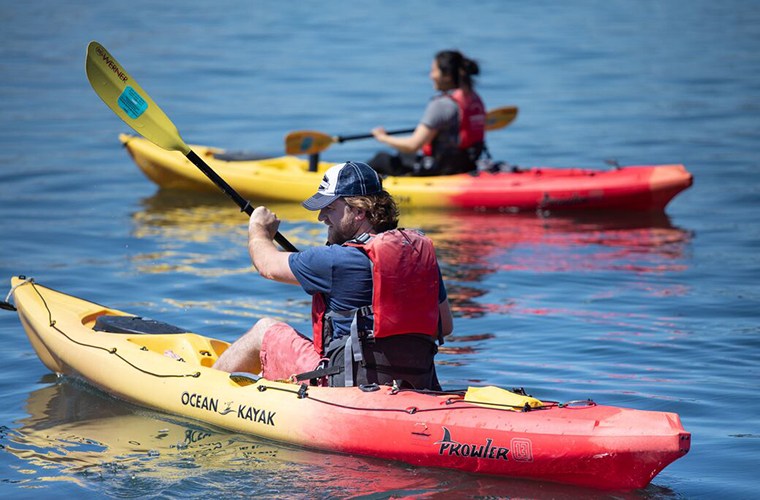 Inflatable kayaks vs. regular kayaks: Which one is right for you?
by Peter McGuthrie 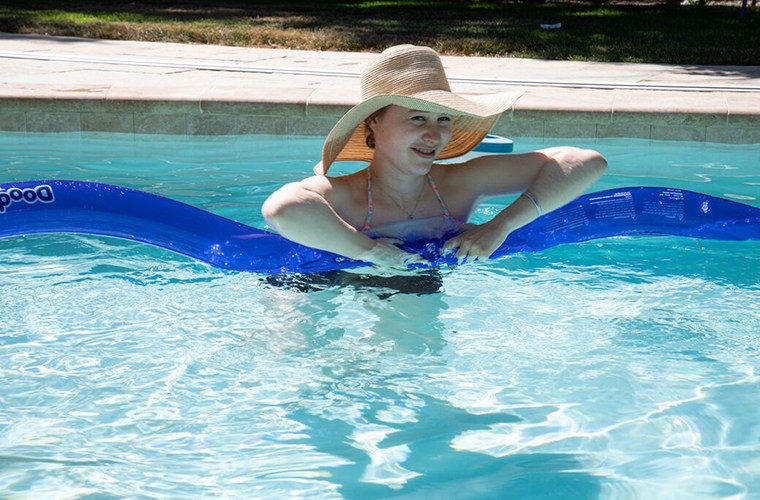 Swimwear perfect to protect you from the sun
by Laura Duerr 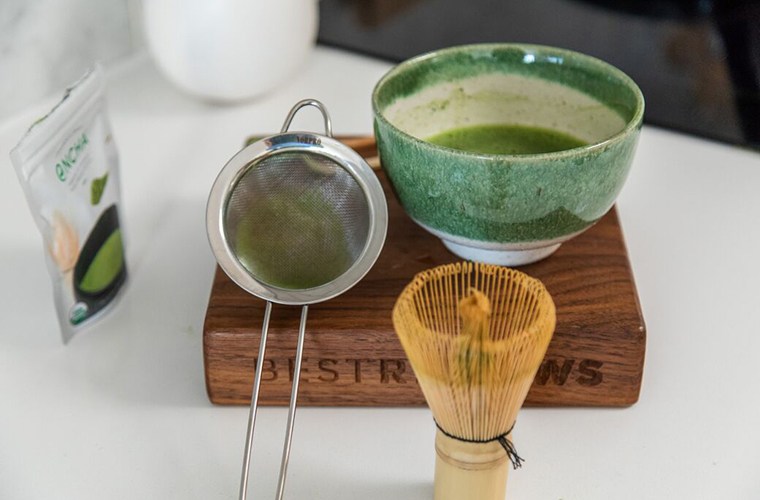