Earthquakes occur without warning. For this reason, these natural disasters can be especially frightening. Unlike a pending hurricane or tornado, you can’t make last-minute emergency preparations for an earthquake.

This lack of warning means you need to be prepared for an earthquake at all times. You need to have an emergency earthquake kit and supplies in an accessible place so you can grab them quickly.

At BestReviews, we hope you never have to go through an earthquake. But in case you do, we want you to be fully prepared. The chart above features some of the best earthquake-related products you can own to help you feel more secure. The guide below explores earthquakes in more detail so you’ll know what to expect during and after this jolting natural disaster. 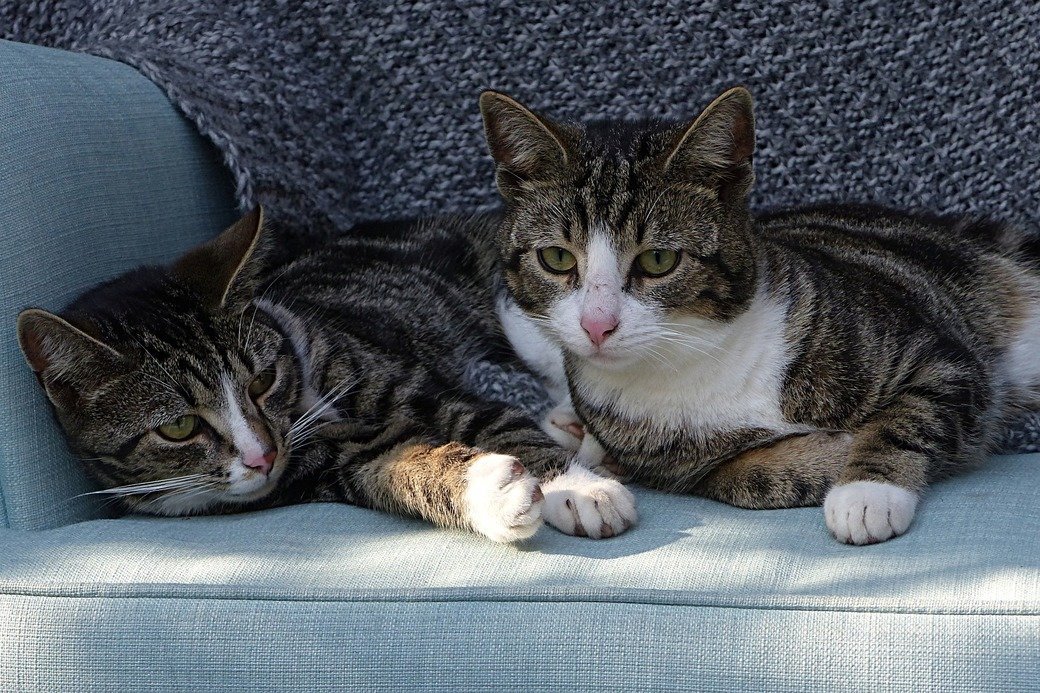 If you need to take care of pets, children, or elderly people in a potential disaster, make sure your kit includes items specifically for them, including medications.

An earthquake occurs when tectonic plates inside the earth slip suddenly along a fault line. Tectonic plates constantly move slowly, but it’s the sudden, relatively large movements that cause earthquakes.

The largest faults in the western hemisphere are along the west coast of Canada, the U.S., Mexico, Central America, and South America, as well as the southern coast of Alaska. In fact, one of the world’s largest fault lines surrounds the Pacific Ocean. Hawaii sometimes experiences significant earthquakes.

The most well-known fault line in the U.S. is in California, along the San Andreas Fault. Here, earthquakes occur more frequently than in other parts of North America, and with more power.

Small earthquakes occur daily all over the world. The U.S. Geological Society tracks all earthquakes on the planet, and several hundred quakes with a magnitude greater than 2 may occur each day. Most of these quakes cause no damage; people may not even realize they happened.

Significant damage-causing earthquakes are far less frequent; roughly 10 to 15 of these occur per year worldwide. Huge, devastating earthquakes occur somewhere on the globe only once every few years.

Small earthquakes can occur anywhere in the continental U.S. Outside of the San Andreas Fault, however, such quakes rarely cause significant damage. Many times, people in the area may not even feel them. That said, there have been some severe earthquakes that have occured away from the west coast.

Seismographs placed all over the world constantly measure the movement of the tectonic plates. When a quake occurs, measurements are immediately taken. Based on these measurements, authorities assign a number to an earthquake.

How to prepare for an earthquake

Preparing for an earthquake is difficult because earthquakes can occur at any time. You won’t receive an earthquake warning as you would a hurricane or tornado warning. This means you need to prepare as if the quake could happen tomorrow.

Below, we outline some critical steps you can take to prepare for an earthquake.

At minimum, you should keep a stash of drinkable water, food, and clothing for all of the people in your household for at least a few days. Place the items in a sturdy bag or case that you can access in a hurry.

Additional items you may want to have on hand include the following.

Emphasize to family members that it’s more important that they are in a safe place during and after an earthquake. It may be tempting to risk a trip home through the chaos, but it’s far smarter to wait to travel until it’s safe.

Just as you would run a fire evacuation drill, you may want to run occasional earthquake drills in your home. For example, you and your family members could practice finding the emergency kit and moving to the designated safe place.

Check your homeowner’s and vehicle insurance policies. Policies do not normally include coverage against earthquakes. You would have to ask for a rider for this type of coverage. If you live in a location where earthquakes occur regularly, this type of rider is a smart purchase.

You may want to hire a structural engineer to check your home and property to make sure it meets local structural codes. Earthquake insurance policies may cost less if your property meets these codes.

Did you know?
FEMA recommends that you have enough water for one gallon per person, per day for drinking and food preparation.
STAFF
BestReviews

What to do during an earthquake

If you live in an area where quakes may occur, think about how to react ahead of time. Once the earthquake starts, you won’t have time to consult a web page for help.

You may have been told at one time to brace yourself in a doorway when you feel an earthquake starting. However, this is no longer recommended. Earthquakes may be powerful enough to knock you to the ground, causing injury, meaning it’s better to drop to your hands and knees on your own.

Additionally, if you’re in bed or a wheelchair when an earthquake starts, stay put. Protect your head and neck with a pillow, blanket, or coat.

What to do after an earthquake

Once the shaking stops, exit your building and move to a safe, open space if possible. If you cannot escape a damaged building, avoid kicking up dust to keep the air clear. Try to signal for help with a smartphone or by tapping on a wall or pipe.

If you are uninjured and have the ability, see if you can help others in your area.

With earthquakes, it’s important to remember that your area may experience aftershocks. An aftershock is a smaller earthquake that follows the main earthquake. This can occur anywhere from a few minutes to several days afterward, and there will be no warning of aftershocks, either.

Part of the process of preparing for an earthquake involves being ready for aftershocks. Some aftershocks can be large enough to cause further damage, so prepare to react as you did with the original earthquake. Due to the possibility of aftershock, you should stay out of damaged buildings after an earthquake.

After an earthquake, you need a device from which to obtain your information, whether it’s a smartphone, a radio, or a working TV. Local authorities will give information through the media to help you deal with the aftermath of the earthquake.

If you’re near a coastline, understand that earthquakes in the ocean can cause tsunamis. Even if the quake did little to no damage at your location, a devastating tsunami could be moving toward you. Monitor your local media for any tsunami warnings as well. 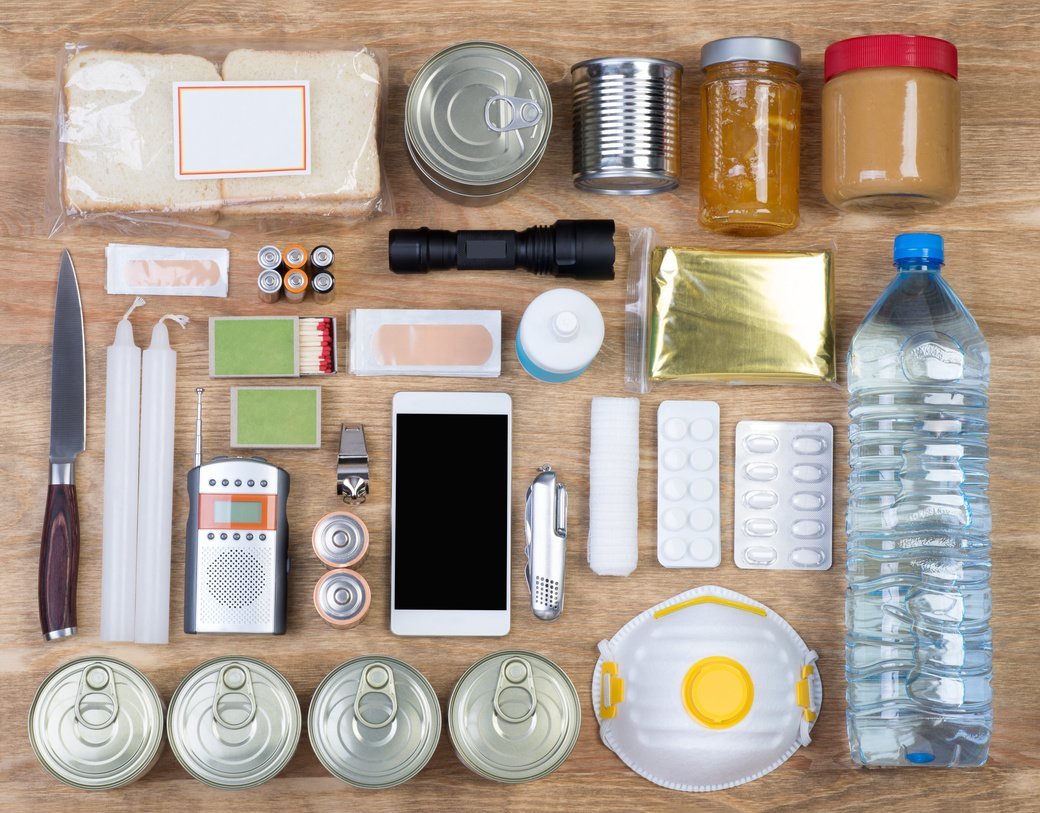 Make sure you have enough supplies in your kit to accommodate all of the people who could stay with you during the disaster.

Q. Is there truly no way to predict an earthquake?
A. Although some people may claim to be able to “feel” an earthquake before it occurs, there is no scientific proof for this. To truly predict an earthquake, scientists say the prediction must include the exact location, magnitude, time, and date. This simply isn’t possible today.

Q. How do I know if I’m in an area with frequent earthquakes?
A. The USGS maintains maps that show the frequency of earthquakes in the U.S. and worldwide. Such maps show the number of potentially damage-causing earthquakes that have occurred in different areas over time.

Q. When do I need to replace the food in my earthquake kit?
A. The food in a pre-assembled earthquake preparedness kit should last a long time, but it does need to be replaced after a while. If you have dried fruit, crackers, or similar types of boxed food, replace it every six months. Canned foods, like soups or nuts, should be replaced yearly.

Q. Where can I find more earthquake preparedness information?
A. The Ready.gov website has tips and advice for preparing for all kinds of emergencies, including earthquakes.