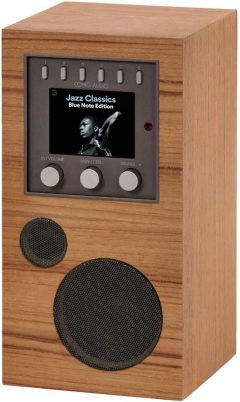 This internet radio is also a fully portable wireless speaker with a winning weather-resistant design.

A simple, easy-to-use option that comes at a reasonable price point.

Sports convenient preset buttons and an easy-to-read digital screen. Has a lightweight design and is on the lower end of the price spectrum. Can access internet stations, local media servers, and Spotify Connect.

WiFi connectivity can be unreliable, and it's difficult to sync with some Bluetooth devices. 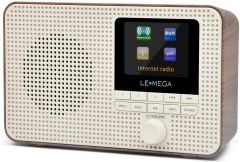 A small and attractively styled internet radio that can access over-the-air and Bluetooth signals.

Tied to Frontier as a internet radio provider. Setting presets can be challenging.

Once set up, this compact internet radio with alarm clock is easy and convenient to use.

Convenient and compact device. Rechargeable 2,000-mAh battery. Can receive over 28,000 individual internet stations with 99 programmable presets. Top 4 stations can be assigned to preset buttons. Works as an alarm clock and streaming speaker. Comes with a remote.

Can be tedious to program. Alarm clock works on AC power only. Aggregator may not have podcasts. 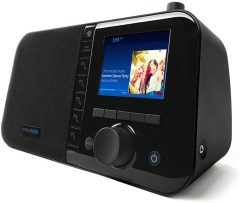 For many of the functions of a smart speaker without it listening to you all the time, try this customer favorite.

Connects to WiFi in 2 minutes. Offers SiriusXM, Spotify, and Chromecast streaming. Large, 3.5-inch touchscreen display. Can be grouped for multi-room audio. Does not have its own microphone to preserve privacy. Clock and alarm functions.

Does not come with a rechargeable battery.

Internet radios are the perfect marriage of new tech and old-school convenience. While most of us can stream music from the web directly to our smartphones, nothing beats the convenience of a standalone music streamer that can keep music playing without interruption. Whether you’re seeking a casual stereo you can leave on to broadcast your favorite tunes in your home or a web-connected streaming device to connect to your existing stereo, an internet radio is your ideal option.

At BestReviews, we’ve made it our mission to provide honest feedback and reviews of the products our readers care about most. The integrity of our reviews is a big deal to us – and that’s why we never accept any free products or money from manufacturers. We buy all of the products that we test with our own funds.

Most internet radios support both paid streaming services and free, ad-supported internet radio. While paid services offer features like higher fidelity and wider selection, there are thousands of free stations available from all over the world, and you can easily enjoy an internet radio without paying any monthly fees.

On paper, most internet radios sport the same basic feature set: they stream music from the web either in the format of an online radio station or a streaming music service like Spotify. But that’s pretty much where the similarities end because each internet radio brings its own interface to the table. As you’re shopping for an internet radio, spend time thinking about how you want to interact with your device, because your decision defines the experience you’ll have.

There are three main types of internet radio interfaces.

Nearly all internet radios include remote controls, but some of them can only be controlled through their remote. Using a remote as the primary means of interacting with your internet radio can certainly take longer, but it’s perfect for anyone who misses the old days of using a remote to play tunes through a hi-fi system.

A few cutting-edge internet radios support cloud-based digital assistant services like Google Home or Amazon’s Echo service. While models with built-in digital assistants are the most expensive, many find that the luxury of simply asking for what they want to hear is worth the price tag.

Many internet radios have built-in touchscreens with interfaces similar to a smartphone. (In fact, some interfaces are built on Google’s Android operating system.)

Touchscreen controls have the smallest learning curve, but much like smartphones, the experience can be marred by bad apps. Touchscreens are ideal for those who prize simplicity.

Many of the less-flashy internet radio models feature a small LCD screen that can be operated with buttons and knobs. While LCD screens can be a little more clunky to work with, internet radios that use them are much more affordable than their touchscreen cousins. 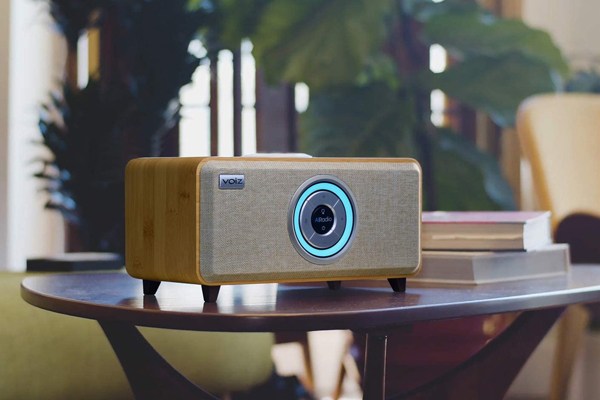 When researching internet radios, we take note of the various ways these devices can connect to audio sources. 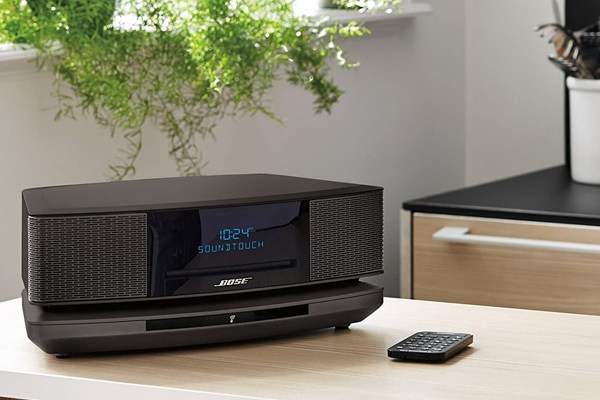 Most internet radios come with a remote control, but some have no additional interface. We take note of this in our research and consider how it may affect the listening experience. 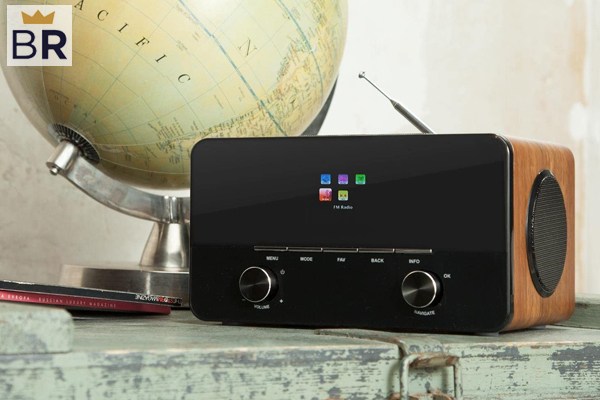 Some internet radios have a touchscreen interface just like a smartphone. We consider the functionality of these devices. 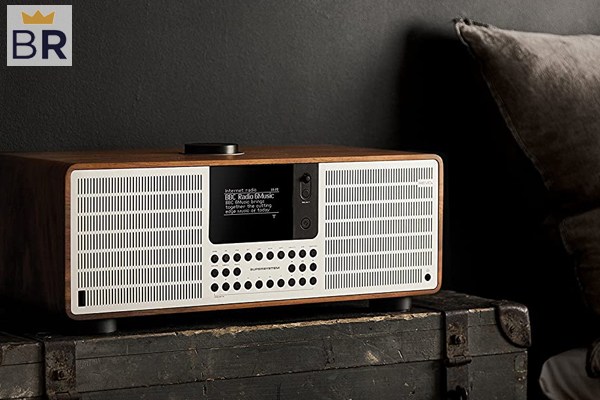 We look at all types of internet radios, from affordable Bluetooth speakers to high-end audio systems that support smart home assistants.

Many internet radios come with LCD screens. We consider the pros and cons of these devices. 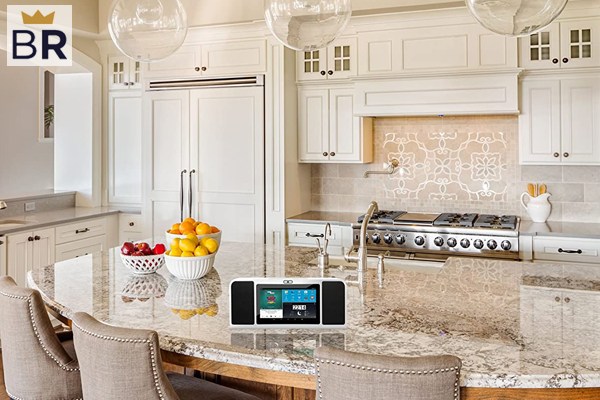 In our search for the best internet radios, we look at details like the interface, available audio formats, and connectivity. 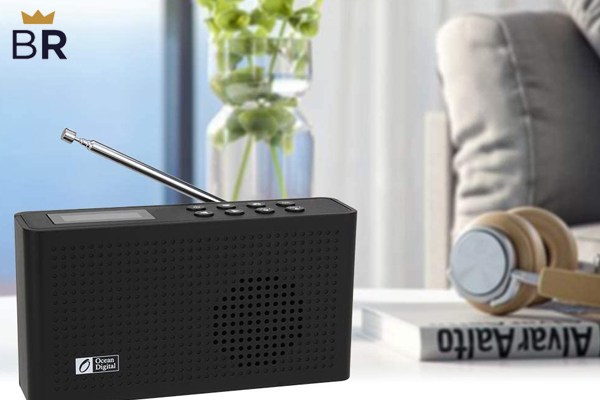 We look for versatile radios that can play music from a variety of sources, from streaming services to compact discs. 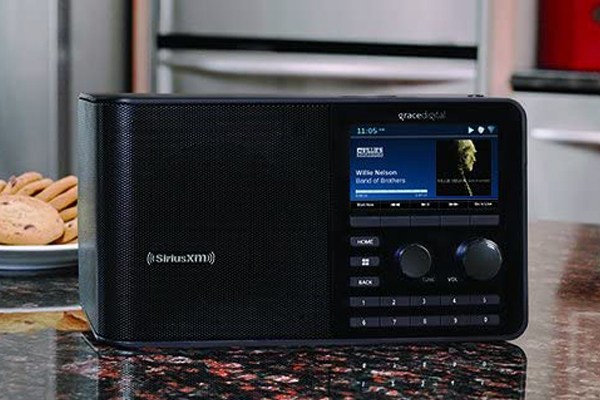 Some internet radios can be used with a digital assistant. Others are controlled with simple buttons and knobs. In our research, we examine all types of internet radios. 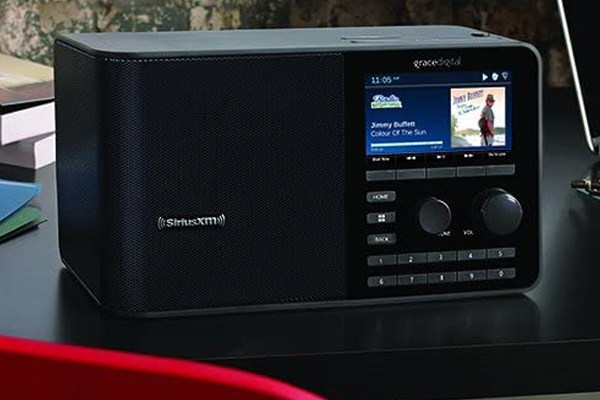 In addition to WiFi, some high-end internet radios can connect to Bluetooth devices. When considering these products, we prioritize convenience and functionality. 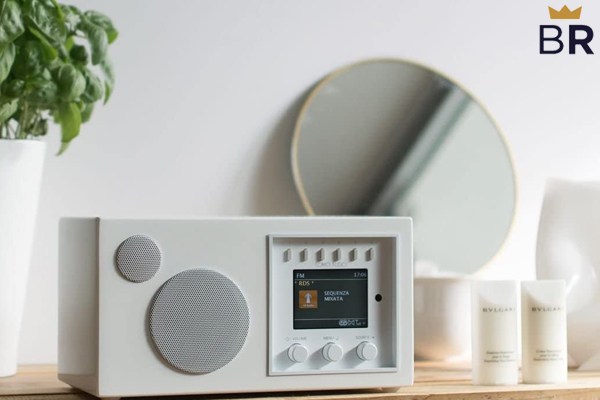 The audio quality of compact discs is actually superior to streaming, so we consider internet radios with built-in CD players.

Internet radios are more versatile than their name lets on – most, but not all, models can play audio in several different formats. As you’re shopping for an internet radio, consider your different music sources and which you’ll want to access. Consider both common and rare music formats, including the following.

While it may seem obvious, it’s important to make sure that any internet radio you buy can easily access free online radio stations. (Some satellite radio devices have WiFi and can be easily confused with internet radios, so read product labels carefully.)

"If you plan on using your internet radio to listen to audiobooks, check reviews to see which models sound best. Low-quality speakers can often make spoken words and public radio difficult to understand."
STAFF
BestReviews

If you also plan on streaming music from Spotify, Pandora, Google Play, or TIDAL directly to your internet radio, check ahead of time to ensure they’re supported.

Believe it or not, some internet radios include compact disc players. And truth be told, CD-quality audio is far superior to streaming audio, so if you’re a budding audiophile, you may want to grab one that can play your discs.

Many internet radios support Bluetooth, so you can connect your smartphone and play any audio through the radio’s speakers.

Did you know?
Some internet radios have built-in file storage, so you can load your music and play it without streaming. Built-in storage is perfect for taking your music with you or having backup tunes if you ever lose internet connectivity.
STAFF
BestReviews

One of the most important things to think about before you buy an internet radio is how you plan on getting music to it and playing music that’s on it. As you’re shopping, consider how you’ll need to connect your internet radio to your WiFi network or other devices. The most common connectivity options on internet radios are the following.

As you’d expect, most internet radios connect to your existing WiFi network to access online stations from across the globe.

Many internet radios also feature Bluetooth connectivity, so you can stream music directly from your phone.

"If you buy an internet radio that supports FM radio, you can upgrade the antenna with a third-party antenna. With a more powerful antenna, you can often receive more stations and broadcasts."
STAFF
BestReviews

Despite reports of their imminent death, headphone jacks and the 3.5mm cables used to connect them are still very much a standard feature for internet radios.

Similar to a 3.5mm cable, some internet radios have USB ports for connecting directly to audio sources with USB output, like an iPod.

While it’s typically found on high-end units, some internet radios have Ethernet ports for establishing hard-wired connections to your network instead of wireless ones. Wired connections are more stable, reduce buffering, and create a faster, more stable experience overall.

As you’re shopping for internet radios, keep these primary price points in mind.

In the $50 to $99 range, you’ll find internet radio models that are either dedicated to one setting (like one for the shower) or models that only have the bare minimum of features. If you just want a simple, cheap option and don’t need your audio to sound better than an FM radio, stay in this price range.

"If you’re buying a portable internet radio, check to see what type of batteries it uses before you buy. Make sure you buy a model that uses affordable, readily available battery types like AA or 9-volt."
STAFF
BestReviews

In the $100 to $399 range, expect to see a wide variety of options that range from good to great. If you need a long list of additional features (like an FM tuner, support for high-resolution audio formats, or a built-in CD player), expect to be on the high end of the range.

In the $400 to $500 range, a handful of manufacturers make premium devices that deliver audiophile-quality sound, every feature under the sun, and luxury product designs. If you want every feature there is, expect to pay top dollar.

Did you know?
Some internet radios include built-in alarm clocks, so you can opt to wake up to your favorite music.
STAFF
BestReviews

Before you buy an internet radio, consider these tips.

Some internet radios can be powered by batteries, so you can take them with you wherever you go. If you need your radio with you at all times, be sure to pick one that doesn’t always have to be plugged into a wall.

Q. Can I use my satellite radio subscription with an internet radio?

Q. Can I get my local FM radio stations with an internet radio?

A. More than likely, yes. While some internet radios include built-in FM radio antennas, most terrestrial broadcast stations also broadcast their signal online. If you’re worried about being able to hear your favorite local radio station online, visit their website to learn about their digital broadcasts.

Q. Can I connect an internet radio to my existing stereo?

A. Most internet radios can be connected to, or accessed by, an existing stereo. You can connect them together with a 3.5mm auxiliary cable. 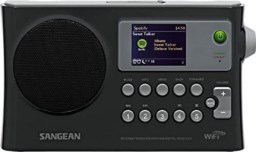 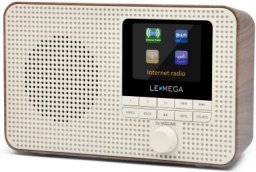 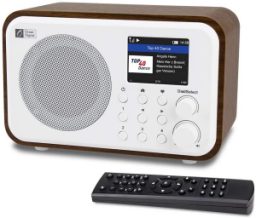 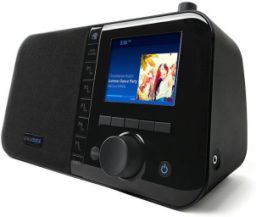 Top Pick
Grace Digital
Mondo Elite Smart Internet Radio
Bottom Line
For many of the functions of a smart speaker without it listening to you all the time, try this customer favorite.
Shop Now