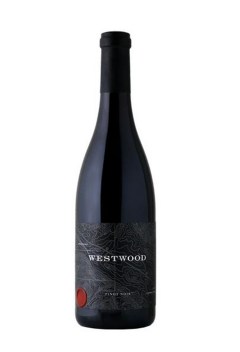 From a trusted Napa valley vineyard, this intense merlot is reserved for those who love rich reds. 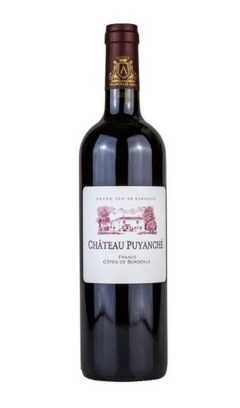 A balanced, inexpensive merlot with a touch of cab from one of the most beloved wine regions in the world.

Bordeaux merlot mixed with cabernet sauvignon for a fruity, easy-drinking wine. Notes of plum, currant, and cherry with earthy spices mixed in. Ready to drink out of the bottle. Terrific value.

A safe choice that may be too familiar to merlot fans. 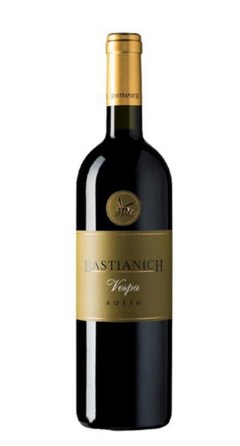 This complex, well-aged Italian bottle of merlot is terrific for a special occasion, though for a price.

From 2015, this medium-bodied merlot makes for a centerpiece of any event. Blend of old and new world practices showcasing balanced fruit and acidity with a hint of oak. Boasts licorice and rose aromas that give way to dark fruit flavors.

Classic old-world French merlot that offers a balanced taste with a lengthy finish.

Likely better with age if you want to wait 5 to 10 years.

Though pricey, this exciting merlot from a small Washington vineyard is ideal for curious drinkers.

From an increasingly popular region, this Oregon-based merlot is lively and bright. Lavender and raspberry aromas. Lengthy, easy-drinking finish. Limited supply. Pairs well with a variety of meats and cheeses.

It’s one of the most popular red wine grapes planted in the United States and around the world, and yet merlot seems somewhat underrated and even misunderstood. Merlot dates back about 300 years to the fertile Bordeaux region of France, where many great wines are made, and in the last few decades, it’s been widely enjoyed, though not necessarily well regarded.

Perhaps it’s because merlot can be somewhat hard to pin down. It’s highly versatile. Merlot is delicious on its own, but it’s also commonly blended with other reds to make unique wines. While it’s typically high in tannins and exceptionally dry, its black and red fruit flavors vary, making for a wine that can be simple and easy to drink or more complex and potent. What’s more, merlot is a terrific wine to pair with a wide range of dishes.

Our buying guide details the varied nature and possibilities of merlot. Once you better understand this red, you’re sure to find an enjoyable bottle with your name on it. When you’re ready to shop, check out our picks for the best merlot on the market. 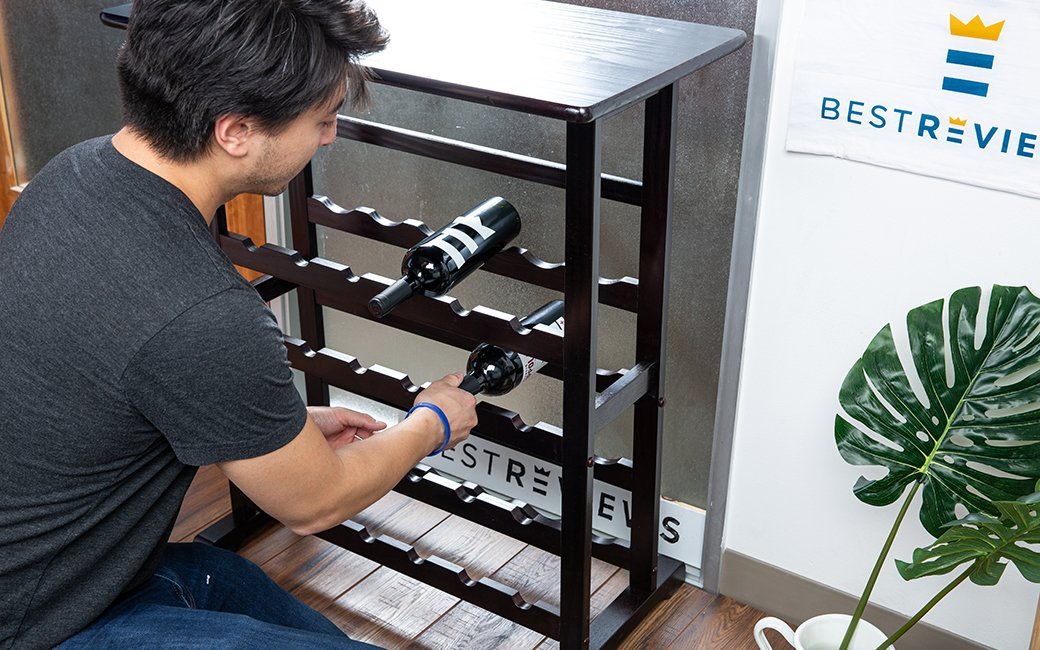 Some winemakers attribute the popular film Sideways, about a pair of wine-obsessed buddies, to a decline in merlot sales and a boost in the popularity of pinot noir.

Merlot tends to be a balanced red wine, which is one of the reasons why it’s so popular. Let’s take a look at the typical properties of merlot.

Merlot prominently features black and red fruit flavors, such as plum, black cherry, and raspberry, but you may find notes of blueberries as well. Merlot can possess floral and herbal notes, in addition to hints of tobacco and graphite. Merlot is typically aged for at least a year and depending on how long it sits, you may taste vanilla, clove, and allspice flavors as well.

Merlot’s original home is the Bordeaux region of France. Merlot is also made and beloved in Italy. In addition to these old-world regions, California and Washington in the United States as well as Chile, Argentina, and Australia are among the more prominent new world producers of merlot. If you’re a fan of reds from a specific region, chances are you’ll like the region’s merlot as well.

Did you know?
Its fruity nature, without being sweet, is what makes merlot one of the world’s most popular wines.
STAFF
BestReviews

The climate in which merlot is grown has an effect on its taste and structure. Merlot made in the old world regions around the Mediterranean, as well as the cooler climates of Chile, typically features more earthy flavors, such as mushroom or mineral flavors. These are often medium-bodied wines, and they may feature notes of licorice, tobacco, and a range of red and black fruits. If you’re a fan of cabernet sauvignon, you’ll enjoy cool climate merlots.

Merlots from warm climates, such as California, Argentina, or Australia, are typically fruitier and richer, with deep, red colors. These bolder reds may be aged in oak barrels to add notes of cream, vanilla, or cedar. They tend to be smooth, rich, and easy to drink. They often boast hints of chocolate and cocoa as well.

Due to their similar properties, merlot is often blended with cabernet sauvignon. The percentage of each grape varies, and the result varies as well, depending on the region and vintage. You can also find Bordeaux blends, which include any number of red wines from the Bordeaux region, including cabernet, merlot, malbec, and petit verdot. Creating a quality blend can be a tricky process for a winemaker and typically yields a special and hard-to-recreate wine.

Merlot is highly versatile when it comes to food pairings, especially medium-bodied merlots with medium tannins and acidity. That’s because merlot doesn’t have a specific feature that will overpower your meal. Old world merlot is often enjoyed with Mediterranean food, especially dishes with tomatoes. These merlots also pair well with lighter and leaner meats, like chicken, duck, or veal.

Richer merlots with higher tannins and acidity should be paired with richer foods, like heavy meat and pasta dishes. Merlot is an ideal fall and winter wine as it pairs well with heartier salads, harvest vegetables, and roasted fare.

"If you open a bottle of merlot that you don’t particularly enjoy, or if you let some wine turn, you can still salvage it. Red wine turns acidic over time and can be used as vinegar in cooking."
STAFF
BestReviews

Wine openers: Removing wine corks, especially from aged bottles, can be tricky. We recommend investing in a good wine opener, like this rechargeable electric opener from Oster that easily and quickly opens all your favorite wines.

Wine glass sets: Proper red wine glasses allow you to enjoy the flavors and aromas of red wines while dispersing the tannins.

Stemless wine glasses: For those who prefer the stability and elegance of stemless glasses, look for a set specifically designed for fuller red wines, like cabernets and merlot.

For $25 or less, you can find a quality bottle of merlot from a recent year that’s ready to enjoy with a variety of meals.

Higher-quality bottles of merlot run from $25 to $50. These may come from popular vintages or vineyards, particularly in France.

Merlot can be quite expensive and spending $50 to $100-plus will earn you a high-end bottle that’s likely been aged for some years.

Did you know?
Despite cabernet sauvignon being more popular and better regarded, it shares a lot of similarities with merlot, including its region of birth (Bordeaux) and its parent grape (cabernet franc).
STAFF
BestReviews 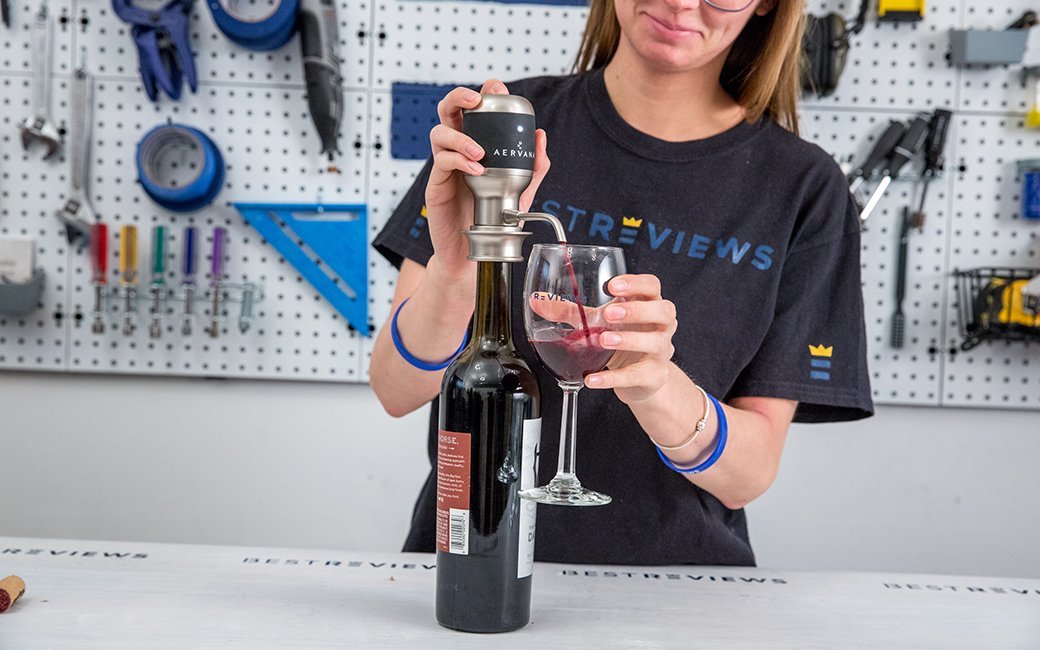 Merlot is a traditionally finicky grape as it is particularly sensitive to climate. However, it ripens up to two weeks sooner than cabernet sauvignon, making it a worthwhile though unpredictable investment for winemakers.

Q. How should I serve merlot?

A. After opening a bottle of merlot, it’s best to let it aerate for at least 15 to 30 minutes. Older, richer bottles may need to decant longer. Merlot can be served at room temperature or cooled down a few degrees. Pour merlot into a red wine glass with a wider bowl and rim, which can level out any bitterness if it’s a bolder merlot. Medium-bodied merlots are suitable in any red wine glass. Enjoy merlot in a stemmed glass or a stemless one.

Q. How do I know which merlot I’ll enjoy?

A. As with any wine varietal, it’s best to try as many as you can and keep track of what you like and don’t like. Take notes and track your positive and negative reactions. If you’re unsure what to buy first, try to narrow it down to a region. Merlot from France and Italy will likely be fuller, with earthy notes. California merlot may be fruity and medium-bodied, and oak-aged options will have hints of vanilla and cinnamon. Look for medium-bodied merlots from other new world regions as well. Within each country, merlot will vary by area and the year it was made.

Q. Why is merlot often underrated or disregarded?

A. Much of merlot’s negative reputation stems from poor bottles made in California in the 1990s. At that time, California was ramping up production for a wine-hungry nation, and in doing so the quality of merlot suffered. These merlots were typically sweeter than what you would find elsewhere in the world, meaning California merlot wasn’t well regarded or beloved by longtime wine drinkers. These sweeter, and sometimes bland, merlots were geared toward new and younger wine drinkers. However, merlot’s reputation is on the upswing these days, and it’s easy to find quality bottles from California and around the world. 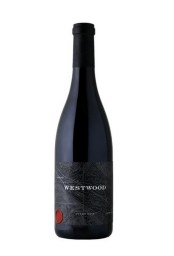 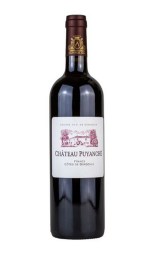 Best Bang for the Buck
Chateau Puyanché
2018 Francs Côtes de Bordeaux
Bottom Line
A balanced, inexpensive merlot with a touch of cab from one of the most beloved wine regions in the world.
Shop Now

Top Pick
Bastianich
2015 Vespa Rosso
Bottom Line
This complex, well-aged Italian bottle of merlot is terrific for a special occasion, though for a price.
Shop Now