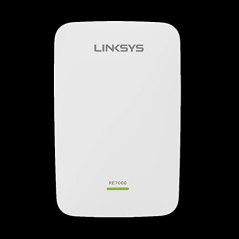 WiFi extender plugs into any outlet, making it easy to extend the wireless range in virtually any part of the home. Leaves another outlet available for other electronics.

Connecting to some non-Linksys routers can be tricky, with random dropouts. 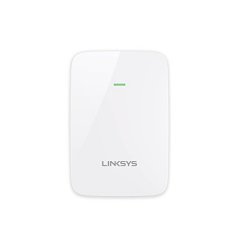 The individual WiFi coverage area is good enough for a single small-to-medium bedroom or common area around the house. Can work with multiple extenders.

Setup instructions can be confusing and hard to follow when installing the extender. 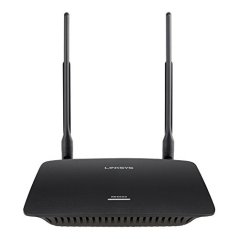 This model’s 2 high-rise antennas, 4 gigabit Ethernet ports, compatibility with all routers, and 10,000 square-foot range make it a versatile device that easily delivers WiFi throughout your home.

The RE6500 AC1200 model is similar and less expensive, but lacks the longer antenna of this version. 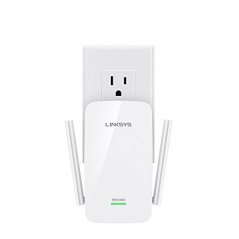 WiFi extender supports dual band wireless networks for different download speeds and network usage. Takes up a single outlet space on any wall in the house.

The body of the WiFi extender can run hot when plugged in for long periods of time. 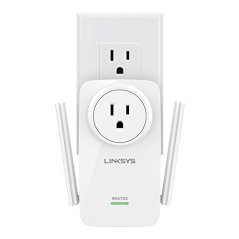 Only features a single Ethernet port.

Have you ever had the annoying experience of being booted off your favorite online games mid-match or getting disconnected from a streaming movie just as it was getting to the good part? Does it feel like one part of your home is a black hole for your router’s WiFi signal? If that’s the case, it might be time to check out some of the best WiFi extenders Linksys has to offer.

But it might not be easy to pick the right Linksys WiFi extender for your personal network if you don’t already know what features to compare and contrast between models, such as signal range, compatibility, and individual device-specific perks. That’s where BestReviews comes in.

You’ll find here our top picks for the best Linksys WiFi routers and why we prefer them, and we hope that this selection helps you narrow your choices. We’ve carefully researched a wide range of WiFi extenders to create this guide, so you can find the best device for your home or office. 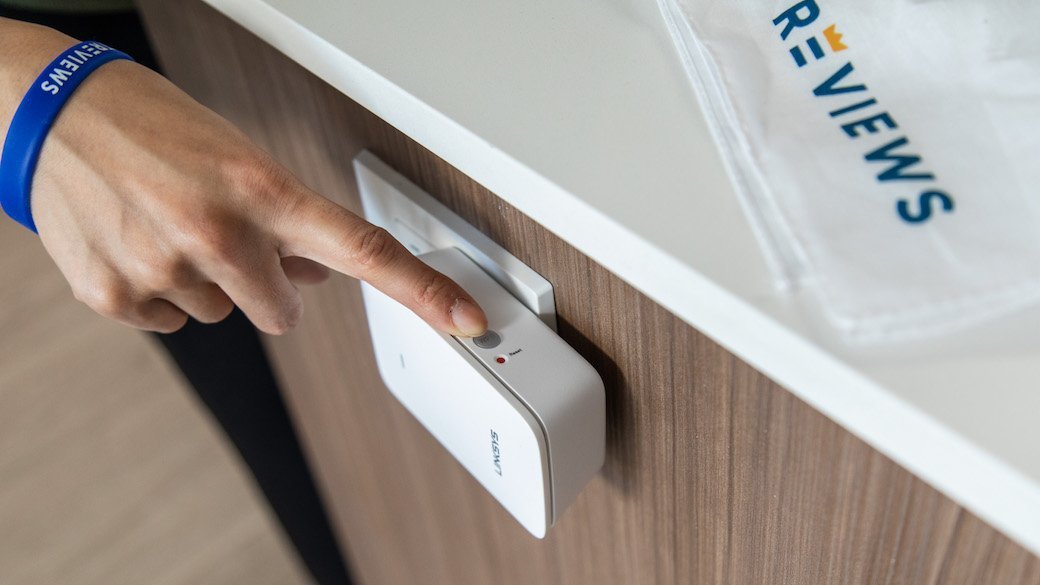 If you aren’t particularly tech savvy, a WiFi extender featuring WiFi protected setup (WPS) makes connecting the device to your router as simple as pressing a single button.

The average Linksys WiFi extender is able to easily carry your local WiFi signal an additional 6,500 to 10,000 square feet farther from your router. If you’re in a smaller building and simply need to cover a blind spot in your coverage, you can save money by purchasing a WiFi extender with a shorter range. If you’re in a larger building with multiple rooms that have little to no connection to your router, it’s best to splurge on a WiFi extender with a larger range.

Perhaps the most important thing to note when comparing WiFi extenders is whether a device is made to handle your network speed or desired WiFi frequency. For example, most Linksys WiFi extenders are compatible with any router, but if your router is compatible with multi-user, multiple input, multiple output (MU-MIMO) technology, we highly suggest buying a WiFi extender that also works with MU-MIMO. It makes it much more efficient and better able to consistently deliver an excellent WiFi connection over multiple devices on the same network. If both your router and WiFi extender have access to the same WiFi technologies, you’ll be sure that your extended connection and wireless devices can experience the benefits.

Even if you don’t think that you’ll need a dedicated Ethernet port now, the ability to directly connect a smart TV or video game console to the fastest and most secure WiFi connection that your signal is able to provide is an excellent option to have on hand. Note that wall-based WiFi extenders generally have a single Ethernet port, while desktop WiFi extenders usually feature four or more.

Linksys continuously adds convenient and groundbreaking new features to its latest WiFi extenders, and while you’ll typically pay more for devices sporting additional premium WiFi technologies, you’re more likely to have a superior WiFi signal in your home if you install a model featuring any combination of the following:

Crossband technology: This allows a WiFi extender to take advantage of both 2.4 GHz and 5 GHz frequencies to create a faster, stronger, and more consistent signal throughout your network.

Seamless Roaming: This is an especially useful feature for mobile devices because it automatically switches your connection to the strongest WiFi signal in the building as you move from room to room, without buffering or dropped signals.

Automatic updates: Since the WiFi extender is always connected to the internet anyway, the ability to automatically update itself to the firmware isn’t just convenient – auto updates will make sure that your WiFi network is secure and running the latest software.

Did you know?
Beamforming is a technology that directly beams a dedicated WiFi signal toward your connected devices as they’re used as opposed to equally broadcasting in all directions. This gives you a premium connection and greatly improves streaming quality as you need it.
STAFF
BestReviews

Although there’s a wide range of various WiFi extenders available from Linksys, the average model is priced between $48 and $80. The biggest factors that determine the price include its maximum coverage range, which connection technology it incorporates into its design, and other beneficial features.

The most important thing when purchasing a WiFi extender is to get one that includes all of the features you need to efficiently blanket your home and internet-connected devices with a speedy, strong connection.

If you do your research beforehand, you might be able to save money by purchasing a less-expensive WiFi extender that adequately fits your needs for far less than the priciest models on the market.

The Linksys AC1200 Dual-Band WiFi Extender (RE6500) is a desktop device that is functionally similar to the newer RE6500HG, with its excellent 10,000-square-foot range, four gigabit Ethernet ports, and Crossband technology to deliver the fastest and strongest WiFi signal available at any given moment. While it lacks the pair of high-gain antennas of its counterpart, the original RE6500 is an affordable solution. Sporting four antennas and an impressive range of 10,000 square feet, the Linksys AC3000 MU-MIMO WiFi Extender (RE9000) is three times faster than the average dual-band range extender. This device includes four high-speed gigabit Ethernet ports to give connected devices an instant boost, tri-band technology to deliver faster speeds to more wireless devices at once, and Spotfinder technology to help you place this WiFi extender in the most efficient location in your home. 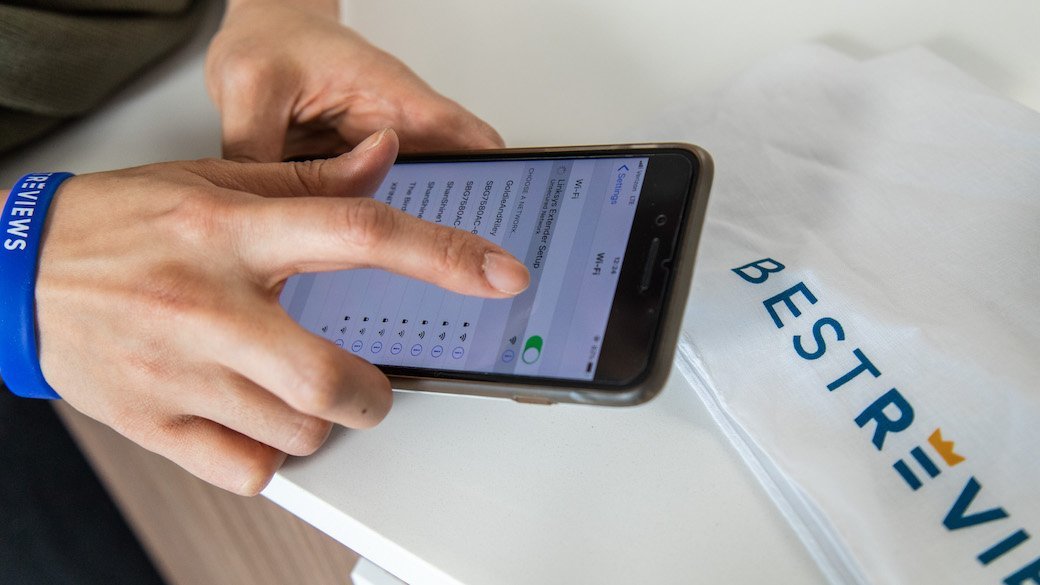 Some Linksys WiFi extenders give you the option to connect the device to your router via your mobile device.

Q. I set up my WiFi extender, but I still have intermittent connection issues. What should I do about it?
A.
We suggest installing the WiFi extender approximately halfway between the router and the area of your home experiencing spotty WiFi. If your connected devices are carrying less than 50% of your WiFi signal, try moving closer to the WiFi extender for a better signal.

Q. Are there any bad places to set up a WiFi extender?
A. Yes! While you want to plug the WiFi extender halfway between your router and the places in your home with poor coverage, avoid using a WiFi extender around heat sources, large metal objects, cordless phones, and microwave ovens to get the greatest performance possible from your device. 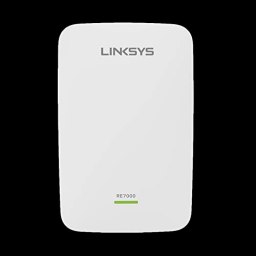 Best of the Best
Linksys
RE7000 Max-Stream AC1900+ WiFi Extender
Bottom Line
A great general WiFi extender from Linksys with a large enough range for most homes.
Shop Now 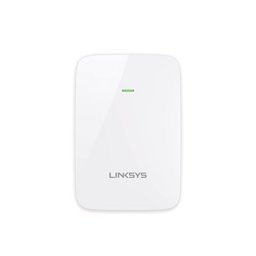 Best Bang for the Buck
Linksys
RE6250 AC750 Dual-Band WiFi Extender
Bottom Line
The best budget option for a reliable, consistent wireless extender you can place around the home.
Shop Now 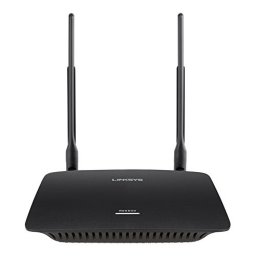 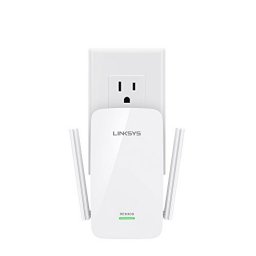 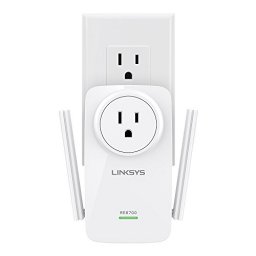