The best overall nano drone for anyone wanting to increase their skills for stunts, take offs, and landings.

Small, lightweight body is very agile in the air, making it good for quick flying and stunt work. Fan blades are protected by an outer ring so the drone can hit walls and trees without catastrophic failure.

Charger and battery have been known to arrive in a poor state with a short charge. 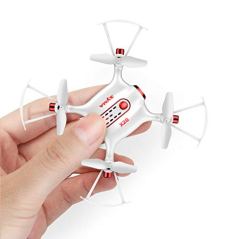 The best budget nano drone that offers a good balance of affordability and advanced features.

Drone includes a 360-degree flip function for quick and easy stunts anytime the pilot wants to impress others. Charging the battery can take as little as 50 minutes before the drone is ready to fly.

Flight time on a single charge only lasts for about five continuous minutes. 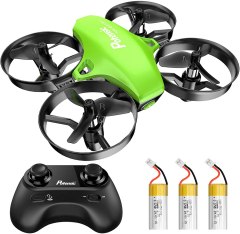 One of the best mini drones for beginning adults and kids wanting a durable flyer for crashes and stunts.

Drone comes with a number of handy features to assist new pilots including altitude hold mode, simple speed adjustments and a headless mode that allows the drone to change directions without changing its heading.

The drone is more fragile against common knocks and scrapes than other options. 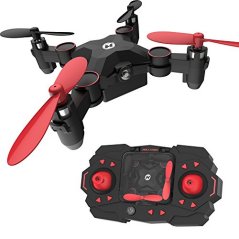 A good nano drone option for younger children looking to do more advanced tricks on a simple platform.

Folding body makes an already small drone even more convenient to carry around in small bags. One key take off and landing takes the difficulty out of safety landing the drone without any damage.

Motors are more prone to damage than normal if they encounter debris or walls. 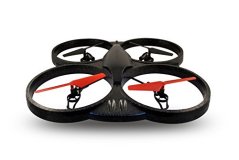 A performance-oriented nano drone that is quick and agile in flight in the right hands.

Drone features several safety systems to keep it in the air and protected from danger. Active safety features include flight stability modes that will make the flight smoother and more resistant to crashing.

Replacement parts are expensive to purchase in the case of damage or unexpected issues.

From racing and deliveries to taking overhead shots for real estate listings and movie scenes, drones have skyrocketed in popularity over the past few years. If you’ve wanted to dip your toe into this latest tech wave but didn’t know where to start, nano drones might be the perfect option for you.

Nano drones are typically very small quadcopters (four rotors) that offer pilots a variety of options that mirror those on larger, more expensive drones. From modes like autonomous hover to 360° flips, nano drones are an excellent way to “earn your drone wings,” and many cost less than $30.

This buying guide covers everything from drone size and flying time to features like modes, controllers, and LED lighting, everything you need to know to find the right nano drone for you. In addition to examining what to expect in a nano drone at various price points, we also offer some of our favorites and explain what we like about them. 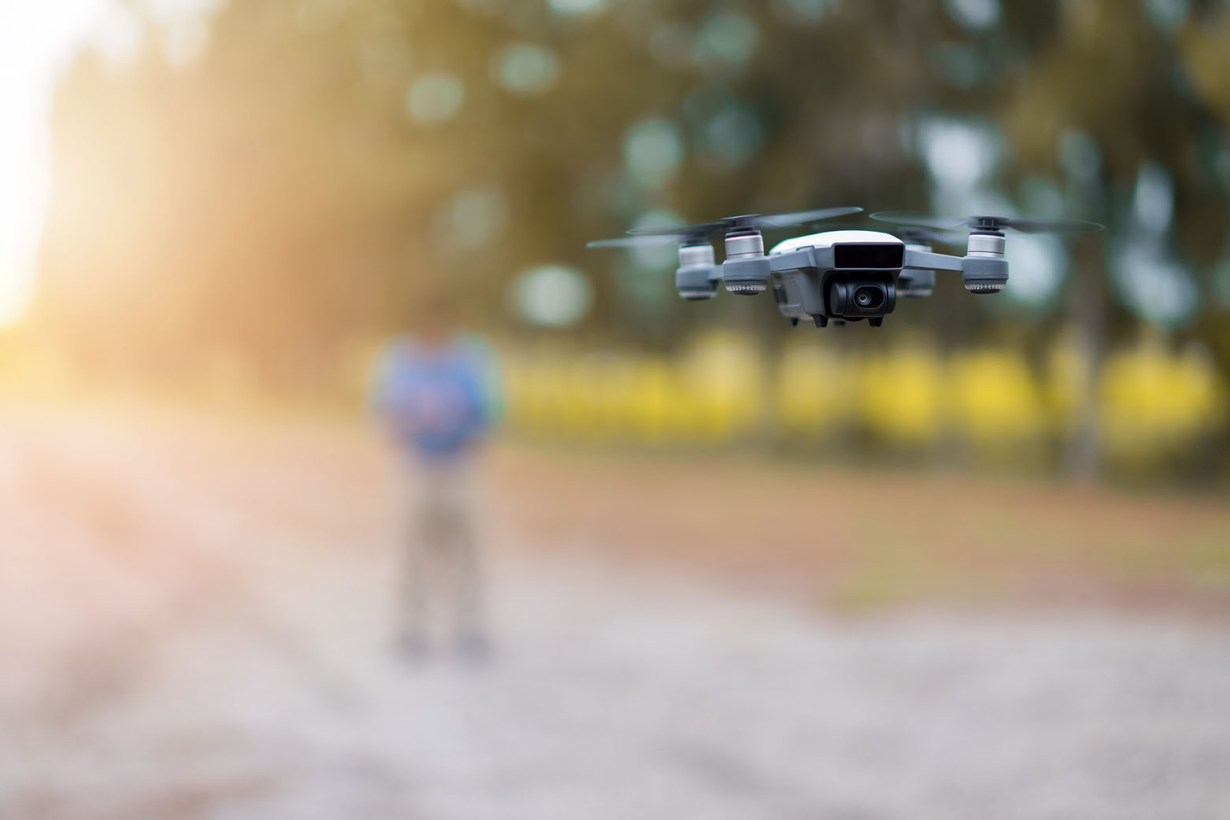 The first drones were developed by Britain and the United States for use during World War I. While the test flights were encouraging, the drones were never used in combat.

While some people use the terms “nano,” “micro,” and “mini” interchangeably when describing small drones, they actually describe three different types of drones, and what distinguishes them is size.

The amount of time a drone can fly between charges is a big consideration with all drones, and it’s true for nano drones too. The longer the flying time, the more you can enjoy the drone before you have to land and either recharge the battery or swap in a fresh one. The flying time for nano drones typically ranges from 5 to 10 minutes, with most of them capable of between 6 and 8 minutes of airtime per flight.

Nano drones typically recharge via USB, although some can also be recharged off the controller. If you only have one battery for your drone, prepare for some downtime. Recharging times average around 45 to 60 minutes for a full charge.

While you can fly nano drones outdoors, it’s recommended that you fly them indoors. Nano drones are so lightweight that even the slightest puff of wind can take them away.

All nano drones include a remote controller. The controller should be large enough to comfortably fit in your hand and use but not so large that it’s difficult to store or transport.

In addition to a joystick and other controls for changing altitude, moving left or right, and flying forward and backward, many controllers have buttons for special stunts like 360° flips. Controllers also include controls for various modes, such as changing speeds and one-button takeoffs and landings.

Modes allow you to easily control certain aspects of the flight and are a big plus for pilots just starting out. Some of the more common modes include the following:

Autonomous hover: Also known as auto hover or altitude hold, this mode stabilizes the hovering drone in such cases as when your hands accidentally slip off the controls.

Variable speeds: Three speeds are fairly common on nano drones, so everyone from a beginning pilot to an ace can choose a comfortable flying speed.

One-button takeoff/landing: As mentioned earlier, this mode allows you to easily take off and land — two of the hardest flying skills to master — with the push of a button.

You aren’t going to find a lot of special features on nano drones: they’re just too compact and inexpensive. One that you will almost universally run across, however, is the 360° flip. This is one of those “look at what I can do” moves, usually launched by a button on the controller, that flips the drone over in mid-flight.

One truth about all drones is they crash. This is particularly true if you’re a novice pilot. Any nano drone you buy should be durable enough to handle the occasional bump off a wall or dive into grass or carpeting. One of the best forms of protection on these drones is well-cushioned bumpers around the rotor blades to protect them from snapping off when you clip a branch or chandelier.

LED lights are a pretty standard feature on nano drones. Lighting adds a fun element to a drone, allowing you to fly more easily in low-light conditions. Nano drones often have lights of different colors on the front and back, so you can more easily tell front from back in the dark. Some nano drones also include a way to adjust the LED lights from the controller.

Less common on nano drones is some type of low-battery indicator. This feature is usually in the form of audible beeping or flashing LEDs and warns you when the battery is about to run out. 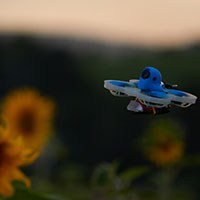 DID YOU KNOW?
You might run across UAV when searching for drone information. It stands for unmanned aerial vehicle.
STAFF
BestReviews

Inexpensive: In the $20 to $25 price range, you can find simple nano drones with few features and modes. The average flight time for these is low, typically around 5 minutes, and the designs are less rugged, so crashes have a higher risk of doing more damage.

Mid-range: Nano drones priced between $25 and $30 have an average flight time of 6 to 8 minutes and many recharge more quickly than less expensive drones, usually within an hour. These drones include more extras like LED lights, various modes, and improved durability to survive crashes.

Expensive: If you like to fly aggressively, nano drones in the $30 to $40 range are for you. These feature the most durability in case of crashes and can often fly for 10 minutes. A full range of modes from auto hover to headless are available in the drones at this price point.

If your drone doesn’t include a low-battery indicator, set the timer on your watch or phone so you’ll know when your drone is about to run out of juice. 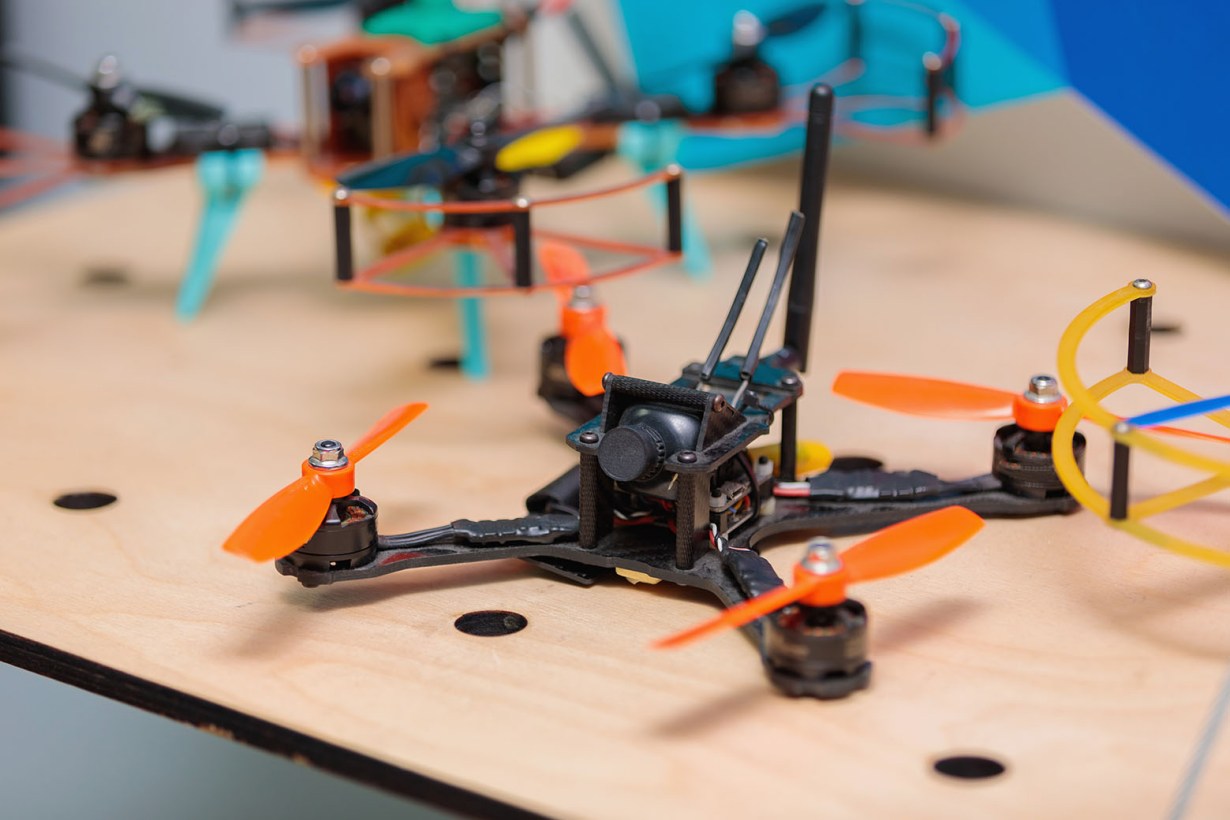 Due to their simple, lightweight design, nano drones are great for young pilots. Make sure to check the manufacturer’s age recommendations before turning the controls over to your kids.

Q. What should beginning pilots look for in a nano drone?

A. First, nano drones are a great choice for those just starting to fly drones. They tend to be fairly durable, with few features, so you can concentrate on perfecting the basic mechanics of flight before moving on to more advanced skills.

If you’re a novice, buy a nano drone with user-friendly features, such as altitude hold, headless, and slow modes. One-button landing and takeoff is also a real help because landing safely is one of the trickier skills to master.

Q. Do I need a license or need to register my drone?

A. Local, regional, and national regulations are currently in flux concerning this rapidly evolving hobby, so this is more of a general guide than the letter of the law. This is also specific to the United States, so research the appropriate laws concerning drone piloting if you live in or are planning to visit another country.

At this writing, you are not required to register drones that are under 0.55 pound, and a nano drone is definitely lighter than that. You likely don’t need to be licensed if you aren’t planning to fly it commercially (make money off it). Note, however, that the Federal Aviation Administration requires that pilots pass The Recreational UAS Safety Test (TRUST) and provide proof of passing the test to law enforcement if necessary.

Q. Can I fly several of these drones at the same time, such as racing with friends?

A. Usually yes, but that depends on the drone. Some nano drones have a built-in anti-interference feature, so you can race a pack of them and the signals won’t interfere with each other. Retailers often sell several of these drones together as a set, so a group can fly them at once. These sets are often sold at a discount, so you can save money buying the drones in bulk. If the product listing doesn’t mention it, contact the seller about any built-in anti-interference feature. 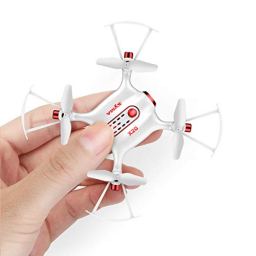 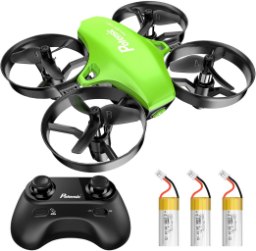 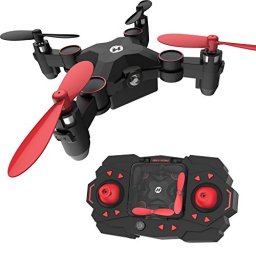 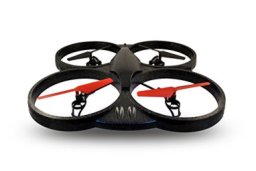