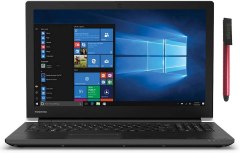 This 2021 model Tecra business laptop is bumped up with big memory and storage options.

Doesn't have a touchscreen. Screen resolution not particularly high.

An excellent professional-level laptop geared toward the business world.

Bulkier and heavier than some competitors. 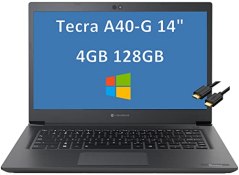 A good choice for anyone who doesn't rely on a laptop for a demanding workload.

An improved version of Toshiba's Tecra A50 with more RAM and better SSD.

It can be hard to stand out in the laptop market – sometimes it feels like every manufacturer has a decent Windows or Chrome OS notebook computer for less than $1,000, and it’s easy to think they’re all more or less the same. To differentiate themselves from the rest of the herd, laptop manufacturer Toshiba has focused on two things: including hardware you won’t find on other machines, and low prices. It’s a pretty compelling value proposition – so long as you steer clear of the models where they’ve cut too many corners.

Toshiba sold its personal computer division to Sharp, which phased out the brand name. Their technology now sells under the Dynabook moniker.

Read on for our take on Toshiba laptops, then, when you’re ready to start shopping, check out our most recommended models in the grid above. 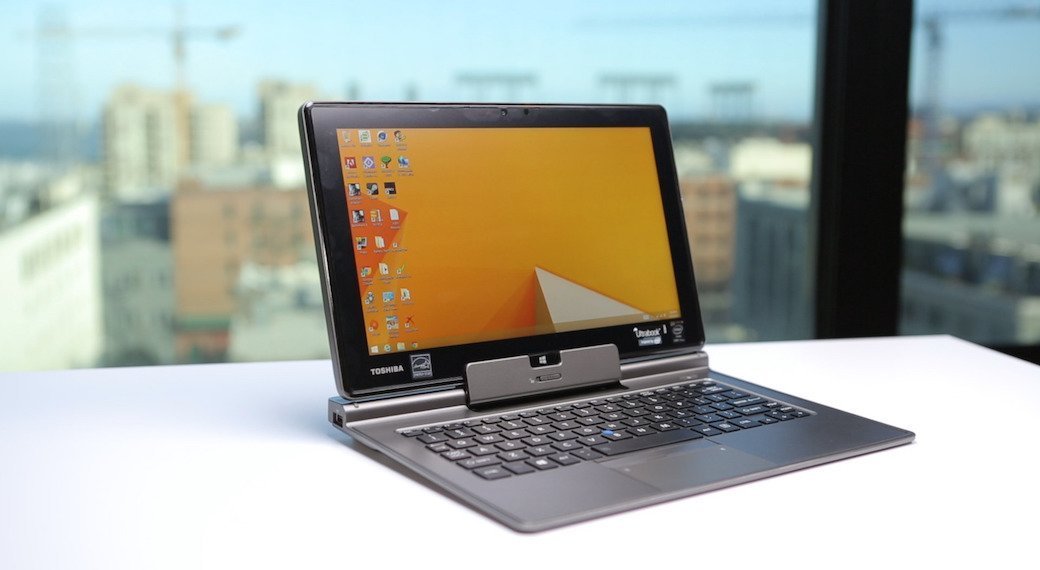 Toshiba laptops have a reputation for excellent battery life. Most models can last 8 to 12 hours on a single charge. If you need a machine that can last all day without a power outlet, a Toshiba is a good choice.

Toshiba’s laptops aren’t the fastest or sexiest computers available, but they do one thing better than anyone else: they often include older hardware options that aren’t available from other brands. That may sound like a bad thing, but it’s truly an asset. Toshiba excels at supporting older technologies that many of us still use every day.

In the age of streaming video, it’s genuinely challenging to find a quality laptop with a DVD drive. Many Toshiba laptops still include DVD burners, which are perfect for anyone with a large DVD collection or a need to backup data to DVDs.

Toshiba is among the last manufacturers to still make 17” laptops. While they’re not exactly portable, fanatics of the form factor love the massive amount of screen real estate and high screen resolutions that come with 17” machines.

While most of the world has moved on to HDMI, a lot of technology – that isn’t more than a few years old – still relies on the VGA video cable standard. If you want a new laptop that will work with older monitors or projectors, a VGA port is a must.

Toshiba offers a wider variety of operating systems than most laptop manufacturers, so you’ll need to decide which is best for you while you’re shopping. Here are the options you’ll choose from:

Toshiba makes a few models that feature Microsoft’s older versions of Windows. If you have applications that can only run on previous iterations of Windows, it may make sense to get a laptop with Windows 7 or Windows 8.1 on it. However, for the majority of users, Windows 10 is a better option – it’s more secure, and many newer applications simply won’t run on previous versions.

Windows 10 is Microsoft’s best and most powerful version of Windows yet. It features conveniences like Cortana, the built-in digital assistant who can accept voice commands, and DirectX 12, a powerful new version of the graphics engine that powers most PC games. If you need the most capable, straightforward operating system that Toshiba has to offer, buy a laptop running Windows 10.

Google’s Chrome OS takes their popular browser to the next level, evolving it into a full-fledged operating system. Chrome OS can run any web-based application or browser extension you can think of, so it’s perfect for users who do most of their computer work in a browser already. Laptops with Chrome OS are generally less expensive than Windows-based laptops.

Did you know?
In addition to traditional laptops, Toshiba also sells “2-in-1” computers, which are touchscreen laptops that also work as tablets. These types of computers are typically more expensive, but if you want a machine that can play mobile apps and is powerful enough for work or school, a 2-in-1 laptop might be a perfect choice.
STAFF
BestReviews

Toshiba’s laptops are among the most affordable on the market today – but they don’t all bring the same value for the money.

As you’re shopping for a Toshiba laptop, keep these price ranges in mind.

As you’re shopping for a Toshiba laptop, consider these tips. 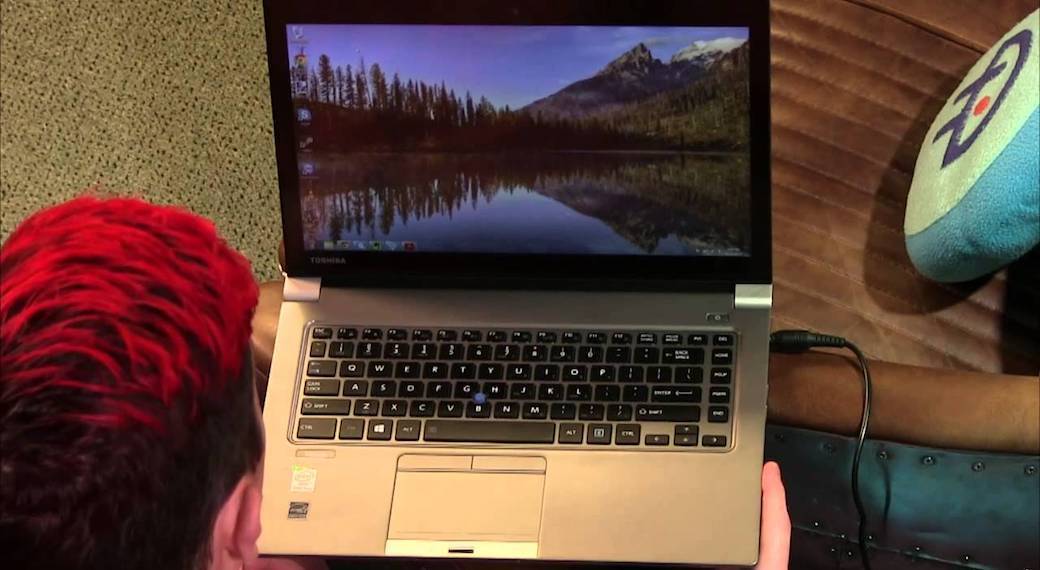 If you ever need to reach out to Toshiba for help, you’ll need to know your laptop’s serial number and what they call the “model-part number.” Both of these can be found on a sticker on the bottom of each Toshiba laptop.

Q. Why do some laptops describe their hard drives as “SSD,” while others don’t?

Q. Are ultrabooks as fast as typical laptops?

A. Ultrabooks are laptop computers designed to be as thin and light as possible. Most of them achieve this by minimizing the number of ports and drives they offer – for example, by not including a DVD drive. Ultrabook laptops usually feature a CPU that’s a smaller version of an older processor, so while current ultrabooks can’t keep up with the speeds of full-fledged cutting-edge laptops, they’re still quite fast, and entirely suitable for everyday use.

A. Every few years, an international group publishes new versions of the WiFi protocol – the technology that we use to get data wirelessly to our devices. Each iteration improves the speed and range of WiFi, so you can get faster connectivity from greater distances. The first WiFi standard was called “802.11b,” and subsequent generations got similar names: 802.11g, and 802.11n. The current iteration of the WiFi standard is 802.11ac, which is backwards compatible with all previous versions. If you see a Toshiba laptop advertised with 802.11ac WiFi, it means it supports the fastest WiFi currently available. 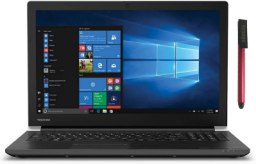 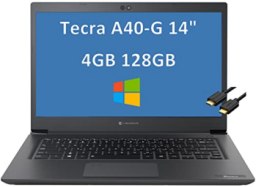 Top Pick
Toshiba
Tecra A40-G
Bottom Line
A good choice for anyone who doesn't rely on a laptop for a demanding workload.
Shop Now 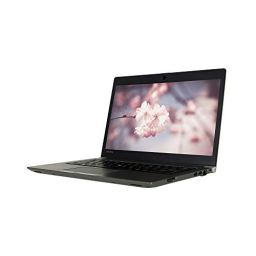