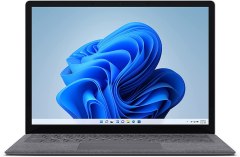 Microsoft’s updated Surface laptop is as sleek and powerful as ever, with updated processors, upgraded speakers, and improved battery life. 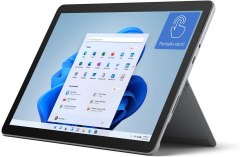 One of the best budget-friendly and portable 2-in-1s on the market that offers versatility and an upgrade to a newer operating system.

The Go 2 is extremely light and compact, making it perfect for workers who travel a lot. The 2-in-1 feature allows for quick transition between laptop and tablet modes. The CPU offers good and reliable performance. The display is crisp and the front-facing camera has great quality for better video conferencing.

The keyboard is not the best and can be hard to type on.

The Surface Laptop 3 is every bit as versatile as it is stylish, making it an excellent Microsoft laptop for productivity.

Slim and light. Optimized for multitasking. Powerful and fast. Made in 13.5-inch and 15-inch touchscreen displays. Up to 11.5 hours of battery life. Available in sandstone, platinum, cobalt and black.

Its speakers are not especially impressive.

Microsoft laptops are aimed at specific segments of the consumer market: business people and students. The software giant, best known for providing its operating system to PCs made by any company without an apple in its logo, has carved out quite a niche with its own laptops. These are tailored toward the needs — and budgets — of professionals and students, both of whom need ample computing power at a reasonable price.

Choosing the right Microsoft laptop can feel like a guessing game. As with any laptop, you need to consider how you’ll be using it and what your needs are. Is it mostly just for business apps or schoolwork? Do you want to be able to do some gaming on it as well? Are you hoping to use it as a tablet sometimes? How often will you be carrying the laptop around versus using it at a desk? These are some of the factors you’ll need to think about before you make your purchase. 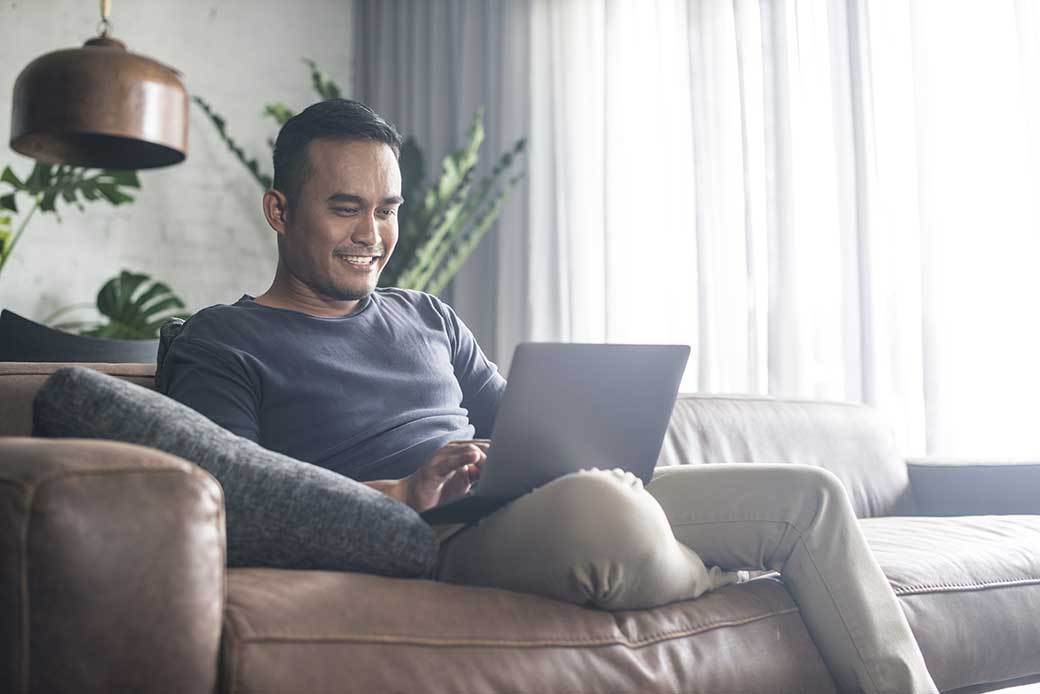 Microsoft laptops have a unique design option: a spill-resistant material called Alcantara. It absorbs spilled liquids, drawing them away from the keyboard and the sensitive components underneath. The spill can then be blotted away with a cloth.

Screen size: Consider what screen size will be comfortable for you, as some users have a hard time working with those on the smaller end of the spectrum.

Graphics: Integrated graphics cards boost overall graphics depth and resolution, but they are not as powerful as the graphics cards in the tower units of desktop computers. This means that some graphics-intensive games may not run on your laptop, and advanced graphics programs may be limited.

Memory: Robust RAM is key to multitasking and gaming. Your laptop should have at least 8GB of RAM available onboard.

Internal storage: Today, data storage is increasingly being split between the computer itself and the cloud. Solid-state drives manage data storage more efficiently than traditional hard drives. So, you may not need as much onboard storage as you would have in the past, unless you need to save and work with lots of high-resolution graphics.

Battery life: Your laptop should have ample power to get you throughout the workday and beyond.

Weight: A laptop that weighs over five pounds may not bother users who rarely move from their desk, but business travelers and others who frequently need to carry their laptops long distances may prefer a lighter model.

Do you want a two-in-one laptop, a model with a detachable screen, or a standard laptop?

Microsoft laptops boast all three three screen configurations. A two-in-one folds over to act as a tablet. A laptop with a detachable screen can actually separate into two parts, a keyboard and a screen. And finally, a laptop with a standard screen is a traditional folding laptop. The more changeable the configuration, the higher the cost.

Will this be your main computer or your mobile backup?

If you have a desktop computer already, a Microsoft laptop can act as a portable extension of that device. If so, you may not need to buy the most powerful model; you may be able to get buy with a more basic (and less costly) device.

Are you a power user or casual user?

Users who multitask across graphics-intensive programs for a significant portion of the day need a more robust laptop than users who only need access to a couple of programs or apps for short periods of time.

Display: Microsoft was among the first manufacturers to include a touchscreen as a standard feature in its laptops rather than an optional feature. This was an intended feature of its Surface series, as its operating system has been app-based (and touchscreen-friendly) since Windows 8, which launched alongside the Surface tablet. A high-definition display is also standard, providing better resolution and improved visibility.

Screen size: Currently, Microsoft laptops have a screen size of either 13.5 inches or 15 inches.

Keyboard: Microsoft laptops tend to edge toward the “tablet” end of the portable device spectrum, and their keyboards reflect that. Not all of the company’s hybrid laptop-tablets come equipped with a keyboard as a standard item; you may need to buy a compatible one separately if you require it.

Kickstand: Microsoft hybrid laptops that require a keyboard also need a “kickstand” to hold the screen in an upright position when placed on a desk or table. It’s part of the Type cover that is sold separately for some models.

Ports and charging: Pay close attention to the specs for USB and charging ports of any Mircosoft laptop you’re considering. What will you need to plug into your device? The specs vary between Microsoft laptop models. Currently only the Surface Pro models have USB-C ports, for example.

"Get the longest life from your laptop’s battery by keeping the laptop out of hot rooms and direct sunlight. Don’t leave it plugged in all the time. Once a month, let the battery drain below the halfway mark before recharging it."
STAFF
BestReviews

Small, hybrid Surface Go laptops (which require a Type keyboard cover and kickstand) and older Surface laptop base models can be found in the lowest price tier for Microsoft laptops, ranging between $418 and $560. The price jumps for the latest models of Microsoft laptops, ranging between $900 to $1,300. In this price bracket, you can find up-to-date Surface models. Those who need top processing power, memory, and onboard storage can expect to pay $1,900 to $2,400 for a fully loaded Surface laptop. 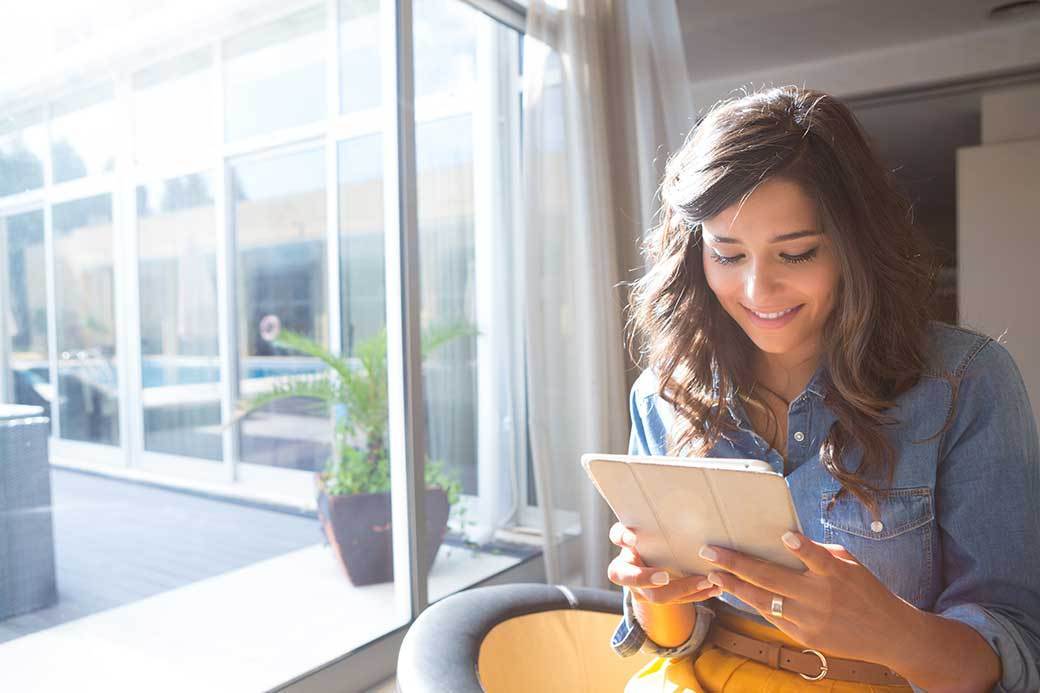 Need to lighten the weight of a Microsoft laptop? In most cases, you can just detach the keyboard, leave it at home, and use your laptop as a tablet.
Our Top Picks 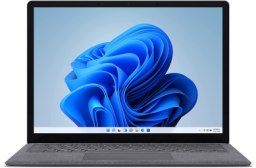 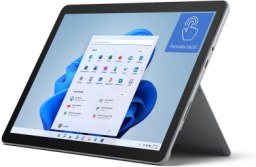 Best Bang for the Buck
Microsoft
Microsoft Surface Go 3
Bottom Line
One of the best budget-friendly and portable 2-in-1s on the market that offers versatility and an upgrade to a newer operating system.
Shop Now

Top Pick
Microsoft
Surface Book 3
Bottom Line
The Surface Laptop 3 is every bit as versatile as it is stylish, making it an excellent Microsoft laptop for productivity.
Shop Now

Top Pick
Microsoft
Microsoft Surface Go 3
Bottom Line
The swift little Surface Go 2 is the best Microsoft laptop for anyone who needs to work, do homework or stay entertained while on the move.
Shop Now 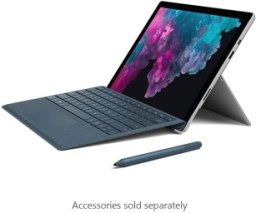 Top Pick
Microsoft
Surface Pro 6
Bottom Line
One of the lightest 2-in-1s that has a great processor and an outstanding battery life.
Shop Now 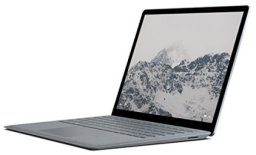 Top Pick
Microsoft
Surface Laptop
Bottom Line
This laptop doesn't have the most powerful parts, but it's great for basic tasks.
Shop Now 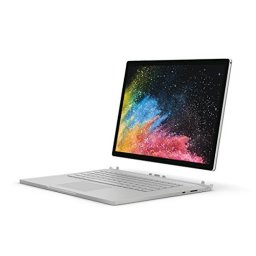 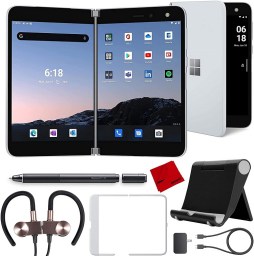