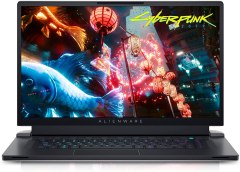 Between its premium desktop-like performance and impressive visuals, Dell’s Alienware x17 is a must-have for PC gaming on the go.

Its 17” display makes it a little on the larger side. 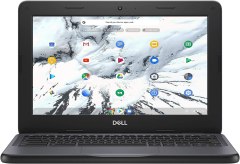 A poor choice for multitasking. 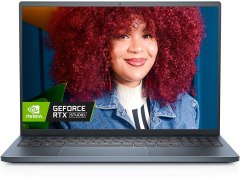 Digital artists who need a wide color gamut and a powerful performance for multitasking between multiple apps will appreciate this model.

The keyboard is not as comfortable as it could be. 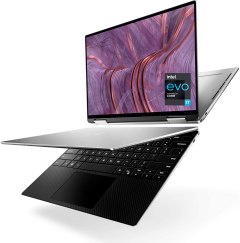 The compact yet powerful Dell XPS 2-in-1 is a versatile model for staying productive with work and creativity software alike.

Its selection of ports is limited. 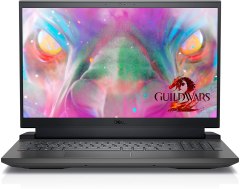 When Dell first started marketing computers to consumers, the company wasn’t viewed as a threat to established manufacturers like HP, IBM, and Compaq. But a lot has changed since then. Dell has become the biggest name in PC hardware and the default choice for thousands of businesses around the world. Dell computers are powerful, affordable, and best of all, well-supported by the company.

Dell’s laptops are no exception to this rule. A wide variety of Dell laptops, each based around specific use cases — which is another way of saying that no matter what your needs are, there’s a Dell laptop that’s perfect for you.

Whether you’re replacing a dying machine or buying a new laptop for your next digital adventures, we’ve got you covered. Here’s everything you need to know to find the right Dell laptop for you. 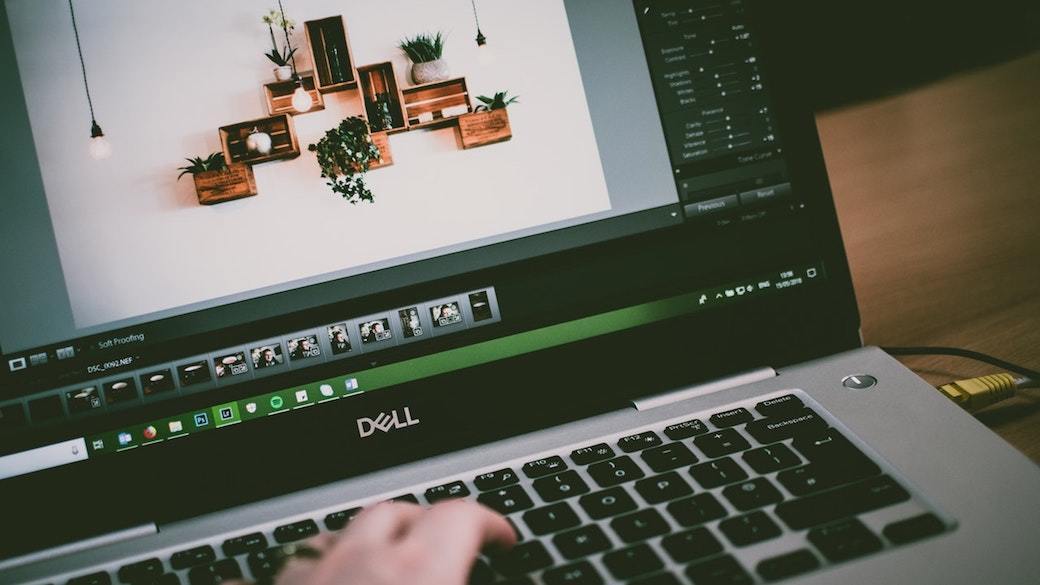 A low-resolution screen will make everything look blurry, while a high-resolution screen often requires adjustment. Dell laptops typically are built with one of three screen resolutions in mind: 1920x1080 (FHD), 2560x1440 (QHD), and 3840x2160 (UHD, also known as 4K).

Dell makes several lines of laptops, so it’s easy to get lost among them, especially when they all look so similar. Before you get started, consider these three questions so you can filter out all of the options that aren’t relevant.

Once you have a general idea of what you’ll be using your Dell laptop for, you can start comparing models and specifications. Here are the features that are most important to compare.

CPU: The central processing unit, or CPU, is your laptop’s brain, and it has the biggest influence over how it performs. When you’re looking at different Dell laptops, you’ll find mostly processors from Intel’s i3, i5, i7, and i9 series. Just be forewarned that as processor speed increases, so does cost.

Screen size: Dell laptops come in every size imaginable, from 11 inches to 18 inches. The size of your laptop screen defines both how much screen real estate you get and how big and heavy the laptop is overall. There’s no magic size that’s perfect for everyone, so you’ll need to pick the size that’s the best fit for your taste and your budget.

RAM: Random access memory (RAM) is the memory that computers use to manage multiple tasks, so even if you get the fastest processor available, it won’t really feel fast until you’ve got enough RAM to allow it to multitask. If you’re buying a Dell for casual use or basic office work, get one with at least 8GB of RAM. If you’re buying one for intense work or gaming, consider buying one with 16GB or 32GB of RAM.

Video hardware: One of the big differentiators between Dell laptops is the included video card. Video cards control all the graphics you see and every image that’s rendered, so if you’re doing anything that’s got intense visuals (like gaming or streaming 4K video), you’ll want one with a separate video card on board. If you’re not doing anything all that demanding graphics-wise, you can opt for one with integrated graphics (which really means that the CPU is handling the graphics).

In addition to the basics, Dell laptops also sometimes include a few unique and innovative features not found on other brand laptops. Here are a few of our favorites.

Some Dell laptops are Chromebooks, which means instead of running Windows, they use Google’s Chrome OS as a platform. While the thought of a new operating system can be intimidating, Chrome OS is basically all based on Google’s Chrome browser, so if you’ve ever used Chrome to browse the web, you’ll feel right at home with a Chromebook.

Most Dell laptops include Intel CPUs inside, but a growing number of laptops are being manufactured with rival AMD’s Ryzen CPUs. Ryzen CPUs are generally comparable, if not faster, than Intel processors, but the real advantage is that Ryzen CPUs have more cores, so they can generally handle intense tasks (like video editing or gaming) better than their Intel equivalents can. If you need sheer horsepower, look into the Dell laptops with Ryzen CPUs.

Extended multimedia controllers, or eMMCs, are small cards that connect directly to your laptop’s motherboard and connect flash storage. The advantage with eMMC cards is portability and cost, which is why you’ll find them mostly in Dell’s smaller budget laptops.

Once your Dell laptop arrives, you’ll need to complete it with the right accessories. Here are our favorite add-ons.

If you’ll be taking your Dell laptop with you to school or work, you’ll need a good bag. We recommend KROSER’s backpack for larger laptops because it’s got enough space for any size model, but it’s still thin and has plenty of room for extras. It’s also got a passthrough port for a USB cable so you can keep your phone charging as you talk, and it’s made from waterproof material so you’ll always know your gear is safe.

Web security professionals all agree: you should cover up your webcam when you’re not using it in order to keep applications and intruders from recording you unexpectedly. While webcam hacks are still relatively rare, it’s better to be safe than sorry. This three-pack from EYSOFT is our favorite because the covers include a slide mechanism to uncover your webcam when you need it for video calls — and it’s super affordable.

If you’ll be doing work for any stretches of time on your Dell laptop, chances are you’re going to need a mouse to save you from having to slip between your trackpad and your keyboard. We prefer starting with a Bluetooth mouse so you don’t have to occupy any of your USB ports with a wireless receiver (as is the case with other wireless mice). Our favorite Bluetooth mouse is KLO’s rechargeable model: it’s incredibly affordable, it’s simple to set up, and it’s got great battery life. But the killer feature here is just how flat it is: it’s thin enough to fit in your pocket but thick enough to feel like a proper mouse when you’re using it.

Did you know?
If you’ll be using your Dell laptop with Microsoft applications like Word, Office, PowerPoint, or Excel, you’ll need to purchase the software separately.
STAFF
BestReviews

Between $200 and $500, you’ll find Dell’s entry-level laptops. Models in this range are a good value if you don’t need the fastest laptop available or if you’re buying a laptop that will only be doing basic tasks like web browsing.

The best values in Dell laptops are usually between $500 and $1,300. Laptops in this range have fast processors, plenty of RAM, and often include touchscreens. If you’re looking for a solid machine for work or school, plan on spending at least this much.

Between $1,300 and $3,000, you’ll encounter Dell’s best and brightest: laptops that have solid specs across the board and often feature niche conveniences like a fingerprint reader. If you need a machine that’s going to last several years or one that needs to be fast enough for heavy-duty work, this is how much you’ll need to fork over. 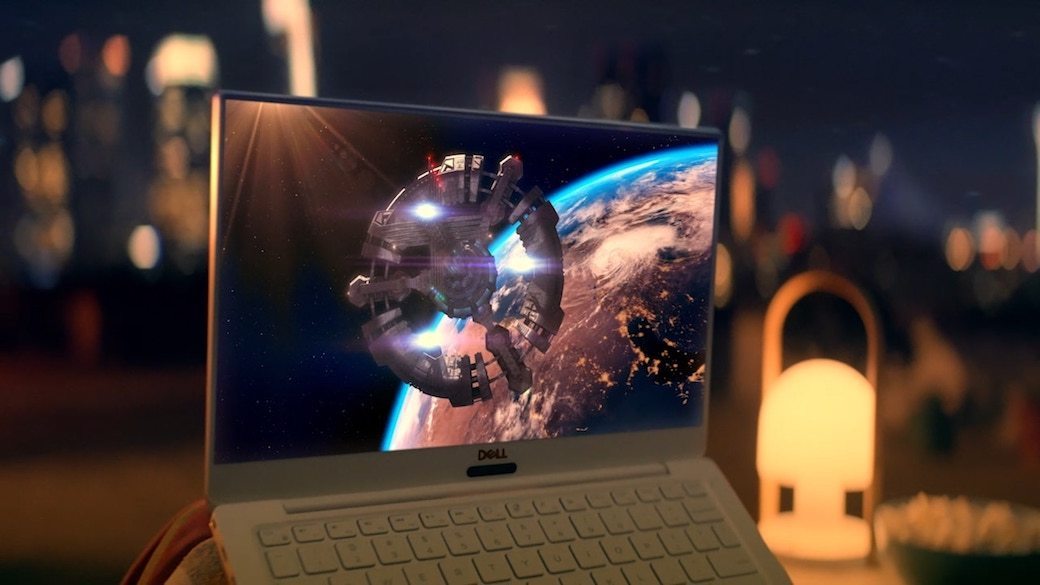 Dell laptops are well-made with quality components, but like most laptops, their speakers aren’t amazing and sound fairly tinny. If you want your movies, music, and games to sound as good as they can, get a pair of powered speakers or a good set of headphones.

A. It depends on how much you use them. Dell laptops are well-built and designed to last for years, but like all laptops, their batteries start to show their age anywhere between 18 and 24 months after purchase.

A. Dell offers two different gaming laptop lines: the G Series and the Alienware models. Alienware laptops have better video cards, and they’re several hundred dollars more expensive, but to many, the trade-off is worth it. If you love first-person shooters or the latest triple-A titles, your games will run more smoothly on an Alienware machine. If you’re not an avid gamer, or if you don’t mind playing games at lower resolutions, the G Series may be the smarter choice.

A. It depends on who’s doing the refurbishing, but generally, refurbished laptops are a risk that we don’t recommend. If you’re considering buying a refurbished Dell laptop, make sure that Dell did the refurbishing themselves. Otherwise, there’s no guarantee that any work was done on the machine at all. 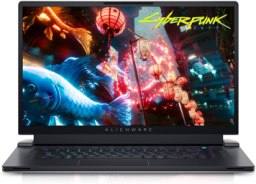 Best of the Best
Dell
Alienware x17 R1
Bottom Line
Between its premium desktop-like performance and impressive visuals, Dell’s Alienware x17 is a must-have for PC gaming on the go.
Shop Now 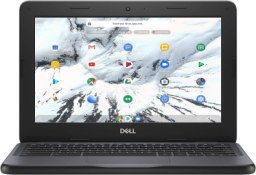 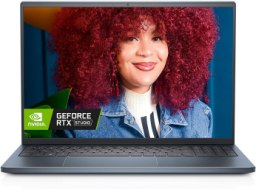 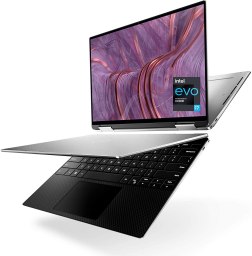 Top Pick
Dell
XPS 13 2-in-1
Bottom Line
The compact yet powerful Dell XPS 2-in-1 is a versatile model for staying productive with work and creativity software alike.
Shop Now 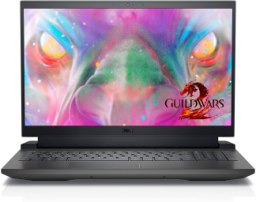 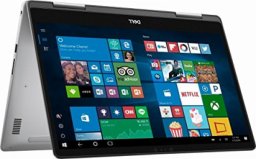 Top Pick
Dell
Inspiron 15 7000 2-in-1 Laptop
Bottom Line
This laptop is as powerful as it is portable, making it a must-have for productive frequent travelers.
Shop Now 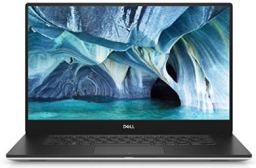 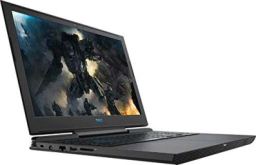 Top Pick
Dell
G7 17 Gaming Laptop
Bottom Line
If you cannot afford an Alienware, but want the best gaming laptop Dell has to offer, the G7 17 is worth your consideration.
Shop Now 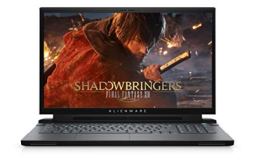 Top Pick
Dell
New Alienware Area-51M Gaming Laptop
Bottom Line
There is no question that the best Alienware has to offer would be an unrivaled gaming laptop, but a PC this advanced comes with a hefty price tag.
Shop Now 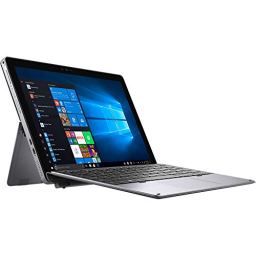