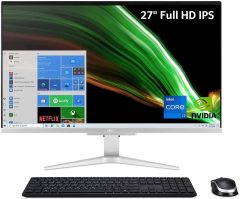 The impressive specs of this Aspire all-in-1 computer make it a great choice for a home workstation.

The lightweight web-based Chromebox CX13 is a great basic computer for internet access.

Runs only the Chrome OS. 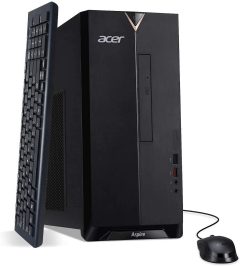 Not ideal for customization or gaming. 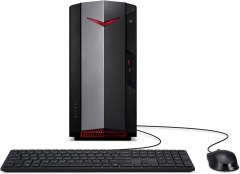 This feature-packed PC is a top pick for anyone shopping for a quality gaming desktop computer on a budget.

There are better options for 4K gaming available. 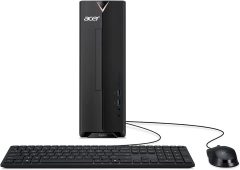 The Aspire XC is a great Windows-based slim-profile computer for home or school use.

The word “computer” has grown to include numerous different devices over the past several years, from laptops to tablets to smartphones. But if it’s a traditional desktop computer you’re after, it’s time to look at Acer, one of the world’s leading manufacturers of desktop computers.

With an Acer desktop computer, you’ll be able to pair it with a large display screen, allowing you to see photos, videos, and documents clearly. Desktops can run at fast processing speeds, because it’s easy to cool them efficiently compared to smaller computers. For these reasons, a desktop computer is a smart choice to complete specific processor-heavy tasks where you don’t need mobility.

Acer’s desktop computer models are offered in many price ranges and configurations. Finding just the right Acer desktop computer is an easier process when you understand the jargon and options associated with these machines. Keep reading our buying guide below to get all the details you’ll need to make an informed choice. If you’re ready to buy, consider one of our top picks. 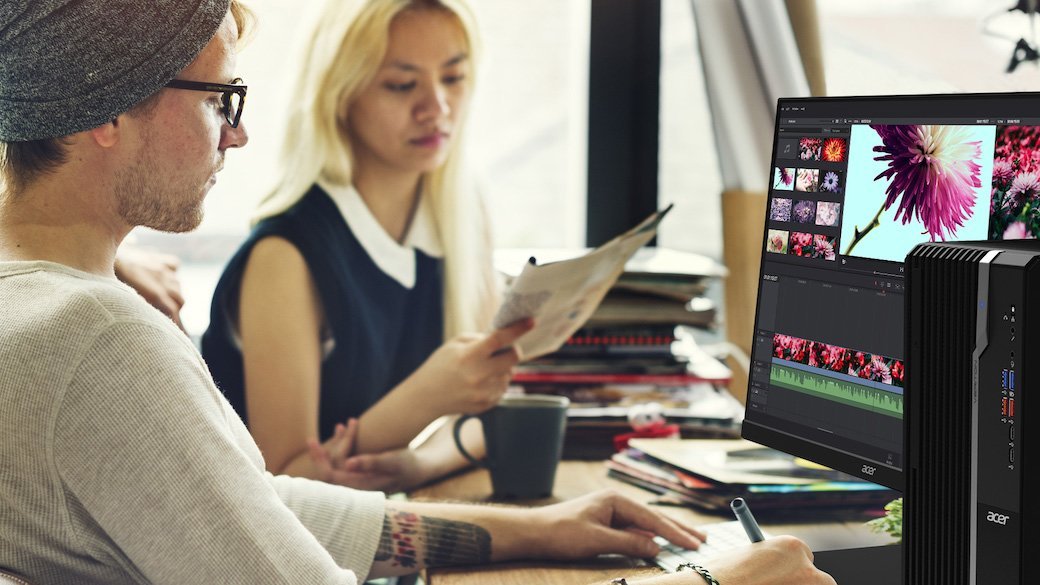 Acer offers the following three styles of desktop computers. Understanding your computing needs can help you figure out which style will work best for your situation.

The classic desktop configuration in the Acer desktop computer family consists of tower hardware. This is a rectangular box that contains all of the components the computer needs to run, other than the display monitor.

Tower desktop computers are the most powerful styles of computers Acer has. They have the best processors, fastest memory, and highest-level graphics hardware.

Acer uses the brand name Aspire for its tower models. Customers like tower designs in desktop computers because it’s easy to upgrade parts in the future. All of the parts attach to the motherboard inside the tower. You can access those parts once the tower cover is removed.

An all-in-one computer from Acer contains all of the components needed to run the computer stored inside the display screen. Rather than having extra computing hardware cluttering a desk, you’ll just have a screen.

While this design reduces clutter, the all-in-one (or AIO) cannot match the performance levels of a tower design. You also cannot easily upgrade components inside the all-in-one like you can with a tower style. But the AIO generally will be cheaper than the tower design, where you have to buy a display screen separately.

Acer also offers high-powered gaming desktop computers under the Nitro brand name. These gaming computers are set up in a tower configuration. But they have more powerful components than a typical tower that are aimed at improving gaming performance.

Don’t expect the same type of performance from Nitro that you’d find from a dedicated brand-name gaming computer, like Alienware or Corsair. Those models are aimed at the highest levels of gamers. But the Acer Nitro gaming computers will serve the majority of gamers nicely.

For those confused by the jargon used by computer manufacturers, we’ve put together a list of some of the items you need to know to purchase an Acer desktop computer:

Did you know?
If you ever need the serial number on your Acer desktop computer, it’s printed on a label on the side of the case and listed in the system BIOS software.
STAFF
BestReviews

Inexpensive: The lowest-priced Acer desktop computers will run from $200 to $400. The least expensive models will be older units that the manufacturer is trying to eliminate. For around $400, you can find some basic all-in-one and tower desktops. These units are not great for gaming or video streaming, but they’ll work nicely for simple internet usage, word processing, and email.

Mid-range: Mid-range Acer desktops will cost $400 to $800. Again, both AIOs and towers are available in this price range. These computers will have a nice mix of value and performance for users. PCs at the upper end of the range are usable for simple gaming and video streaming.

Expensive: The highest-priced Acer desktops will range between $800 and $2,000. These are powerful machines aimed at users who need maximum processing power and speed. Gamers and video editors will want a desktop PC in this price range. You’ll primarily find gaming and tower-style desktops here.

Acer offers both laptops and desktop computers. Laptops have some advantages over desktops, primarily portability. However, a desktop may serve your needs better than a laptop. Here’s why:

If you’re seeking an Acer desktop computer with a few features that differ from the top models in our matrix, we did consider a few other products. When you need extra RAM and hard drive space, the Acer Aspire TC-780-ACKI5 is a good choice. It has 12GB of RAM and a 2TB HDD. If you want a solid computer at a good value, the Acer Aspire C24-865-UR12 AIO will work nicely. It ships with everything you need to start working immediately. 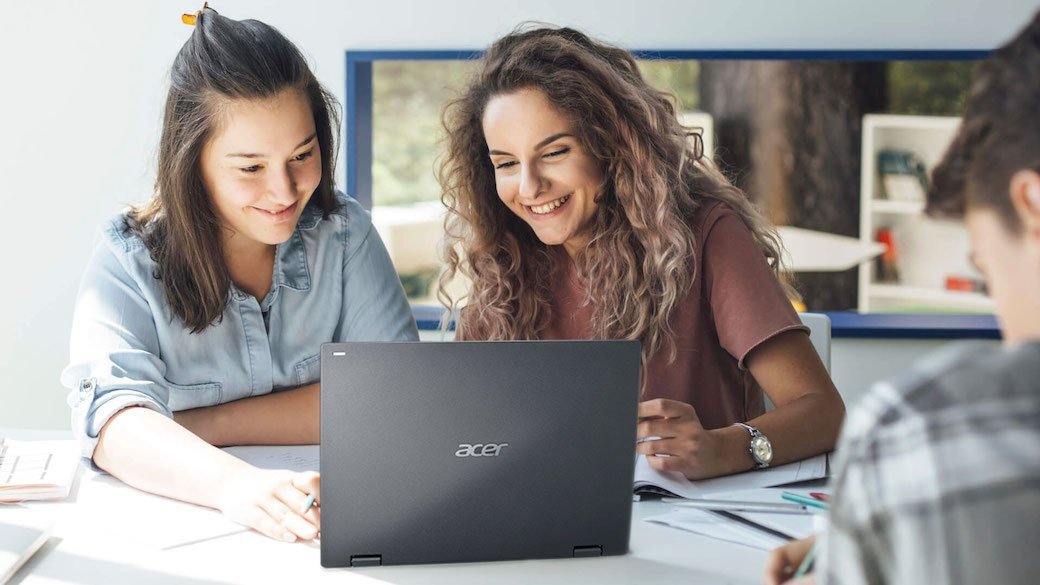 Q. Is it smarter for my family to share a desktop computer or a laptop?

A. If you’re sharing a single computer among the entire family, we’d recommend a desktop. It’s easier to track the screen time of children using a desktop that’s anchored in one location versus a laptop that can go anywhere. Kids also may drop a laptop, while the desktop should remain much safer.

A. Acer is a Taiwanese multinational corporation that has been manufacturing computers since the mid-1980s. Since the early 2000s, Acer has ranked among the top five computer makers in the majority of individual years. Acer sells its computers worldwide.

Q. How many years of use should I expect to receive from my Acer desktop before it needs replacing?

A. Technology tends to reset itself with new processors and other chips every 18 to 24 months. So if you want the latest technology in your desktop PC, you may be seeking a replacement after a couple of years. If you just want the computer to continue running, four to five years of operation is common. And if you upgrade certain components over time, you can use the computer for several years. 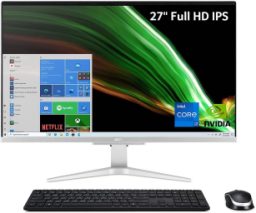 Best of the Best
Acer
Aspire C27-1655-UA93 AIO Desktop
Bottom Line
The impressive specs of this Aspire all-in-1 computer make it a great choice for a home workstation.
Shop Now 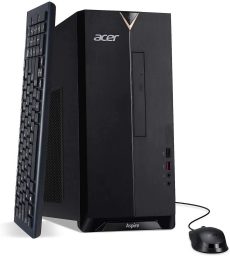 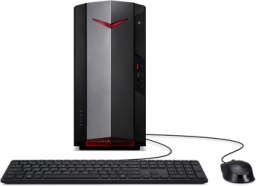 Top Pick
Acer
Nitro 50 Gaming Desktop
Bottom Line
This feature-packed PC is a top pick for anyone shopping for a quality gaming desktop computer on a budget.
Shop Now 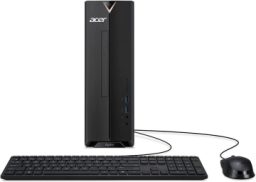 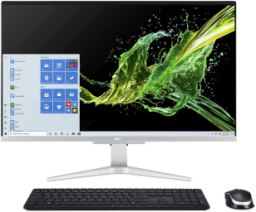 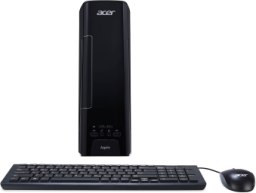 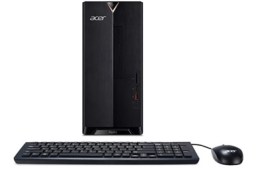 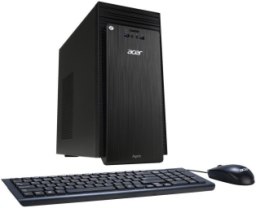 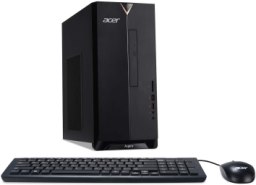