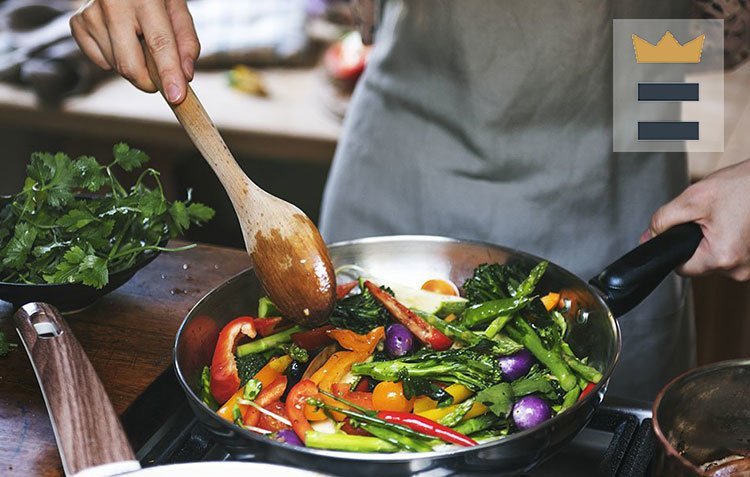 Tips for transitioning to a vegan diet

Veganism is growing in popularity, with over 9.5 million people in the U.S. now identifying as vegan — an increase of over 300% in the last 15 years.

If you're thinking of transitioning to a vegan diet for any reason, it's never been simpler. You can find an abundance of vegan food in most grocery stores. Still, making a huge overhaul to what you eat can seem daunting. With these tips for going vegan, you'll soon be chowing down on tofu and sprinkling nutritional yeast on everything you eat.

Some people are uncertain about vegan mock meats and cheeses, but we think they're a great place for new vegans to start. If you're used to cooking with meat, eggs, and dairy, they can make the transition much easier.

Rather than jumping straight in the deep end with tofu and tempeh, you can simply pick up plant-based chicken strips and use them in a stir fry, or you can grill up some vegan burgers.

When looking for an alternative to dairy milk, we'd recommend trying a few out to find one you like. Some people love the creaminess of soy milk, for instance, whereas others prefer oat milk instead. You can make your own plant milk using a soy milk maker or nut milk bag, but there are also plenty of options at the store if you want to keep it simple.

It isn't hard to meet the majority of your nutritional needs as a vegan. Eat a balanced diet containing a range of fruits, vegetables, pulses, and whole grains, and you should cover most of your bases. This doesn't mean you have to eat only the above — just try to make them a prominent part of your diet.

However, you’ll still need some supplements to keep you healthy. You should consider a B12 supplement since this vitamin isn't found in vegan food.

It's also important to supplement vitamin D, especially in the winter months when your body won't be able to synthesize much from sunlight. Vitamin D2 is always vegan, but vitamin D3 is generally made from the lanolin in sheep's wool unless it states that it's vegan.

Although not essential, you may also wish to supplement iodine, long-chain omega-3 fatty acids (not those from fish oil, of course), and iron (particularly if you menstruate).

An average person will get enough protein from a varied vegan diet, but athletes and those who work out regularly may wish to use a vegan protein powder.

If you're already a keen cook, you'll be amazed at how easy it is to switch animal products for vegan substitutes in your favorite non-vegan recipes. Use green lentils or vegan mince instead of beef in your bolognese sauce, switch eggs with chickpea flour to make an omelet, or switch mozzarella for a vegan mozz alternative on a Margherita pizza.

Anyone who isn't sure where to start or who wants to completely overhaul their diet can benefit from buying a vegan cookbook or two.

With a well-stocked pantry, it's easier to make the switch to a vegan diet and stick with it. When cooking from scratch, a decent range of herbs and spices is essential, though your exact choices will depend on the type of cuisine you like to cook.

For instance, if you like Mexican food, cumin, dried cilantro, smoked paprika, and chili powder are all must-haves. We'd recommend stocking up on a range of grains and starches, such as white and brown rice, pasta, and lentils, as these can make up the base of a wide range of meals.

Dried or canned beans and other legumes are ideal for adding protein to meals. If you like to bake, be sure to stock up on basics such as all-purpose flour, baking powder, baking soda, sugar, and a neutral-flavored oil. Keep plenty of vegan snacks on hand for when you get hungry between meals.

Don't beat yourself up

It's better to do what you can rather than worrying about being perfect and giving up because you can't manage it right away.

If you want to go vegan but aren't ready to give up eating your favorite candy bar or picking up a slice from your neighborhood pizzeria, try sticking a plant-based diet aside from whatever exception you just can't miss. You'll still be cutting down your consumption of animal products by a huge amount. It’s not all-or-nothing.

Once you've transitioned to a mostly plant-based diet for a while, you might find you're able to cut out those last few non-vegan items you still eat. Likewise, don't punish yourself for slip-ups while you're still learning. Even seasoned vegans with a decade or two under their belt still occasionally misread a label and end up eating something with egg or dairy in it.

Forgive yourself and move on — you're still doing well!

Lauren Corona is a writer for BestReviews. BestReviews is a product review company with a singular mission: to help simplify your purchasing decisions and save you time and money.