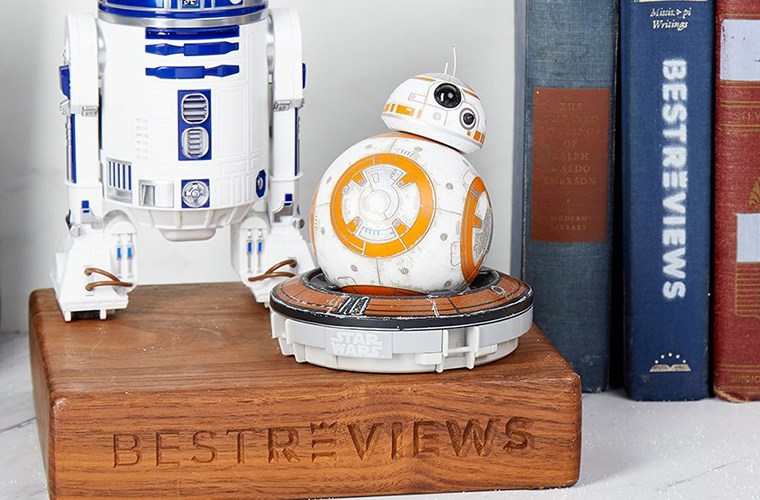 May the Fourth be with you

When “Star Wars” debuted in 1977, it didn’t just mesmerize and inspire audiences; it also ushered in a new era of toy-making and gift-giving, changing the way pop culture content interacted with consumers. In the nearly 50 years since, across over 10 feature films and a slew of TV shows and specials, the “Star Wars” universe has been supported and embraced through countless games, apparel, accessories, and much more.

In honor of Star Wars Day, we’ve rounded up some of the best and most diverse gifts for the “Star Wars” fan in your life. There’s certainly something for everyone — and maybe even something for you, too.

Best Star Wars gifts (for yourself or someone else)

There’s no better place to start than with the complete Blu-ray box set of the nine-episode Skywalker Saga. In addition to the main films, each entry in the series has a separate disc of bonus features for the most curious and dedicated fans.

The first episode of “The Mandalorian” revealed the Child, also known as Baby Yoda, and the “Star Wars” universe was never the same. This cute and cuddly force-sensitive creature was instantly endearing, inspiring countless memes, homages, and merch. The best of the bunch is this plush toy that moves and talks.

We love this series of LEGO sets geared toward adult fans, as it offers an intricate build and a satisfying, decorative result. We recommend this Boba Fett bust so you can honor the famed bounty hunter in your own home.

For the young “Star Wars” fan in your life, check out this cozy and stylish comforter set that features two reversible sides showcasing some of the more iconic ships in the “Star Wars” galaxy. We also like the black-and-white look that will blend in easily with any style.

Fantasy Flights is a trusted name in board games, particularly for fans of sci-fi and adventure genres, and their much-anticipated “Star Wars” game didn't disappoint. Navigate the Outer Rim as one of your favorite scoundrels, including Han, Lando, Boba Fett or Bossk, as you grow your ship, evade patrols, make contacts, and smuggle supplies.

While countless books have been inspired by “Star Wars,” “Darth Vader and Son” is certainly among the most adorable and amusing. This children’s book re-envisions the Sith Lord as an active, dedicated father, teaching young Luke how to grow up — with some force training thrown in as well. We also love the endearing illustrations.

There is no shortage of “Star Wars” products for your beloved furry friends as well. We’re partial to this colorful collar with images of the Child that’s durably made and comes in a variety of sizes.

We love these comfortable and casual sneakers by TOMS that add a “Star Wars” twist. Featuring the Millennium Falcon and other notable ships in a battle, the footwear is subtle enough that it won’t clash but nerdy enough to satisfy stylish “Star Wars” fans.

Naturally, there exists apparel of all kinds boasting “Star Wars” content, so it's not always easy to narrow down the search. Our favorite, though, is a classic option: this shirt that features the iconic movie poster from the first “Star Wars.”

Funko offers a range of characters across the “Star Wars” galaxy with their iconic look, so it may be hard to choose exactly the right one to get for the fan in your life. We recommend taking a look at Ahsoka, who not only became a beloved hero in “The Clone Wars” animated series but also has her own live-action show coming soon.

What’s better than an Instant Pot that offers a range of convenient cooking options? A Star Wars Instant Pot that does the same. We love this version of the Duo stylized as the beloved droid R2-D2 to add some brightness and personality to the kitchen without sacrificing on function.

A stellar solo third-person action and adventure video game, it’s perfect for any “Star Wars” gamer who has yet to indulge in it. You play as a Jedi Padawan who eludes the Empire as he tries to grow his skills, which includes a range of fun and strategic force traits as well as some mighty cool lightsaber action.

The popular streaming service is the hub for all things “Star Wars,” with content both new and old offered for fans of all ages. In addition to all the films, the service boasts animated fare of the past, notably the long-running “Clone Wars” series. They also recently announced a slew of new series coming in the next months and years, including a show about Lando Calrissian, Obi-Wan Kenobi, and the aforementioned Ahsoka Tano.

For puzzle enthusiasts, we recommend this 1,000-piece option featuring nine of the more noteworthy bounty hunters in the “Star Wars” galaxy, including fan favorites Boba and Jango Fett. As part of the Fine Art Collection of puzzles, it showcases some of the lesser-known scoundrels that dedicated fans adore, like Aurra Sing and Bossk.

While we can argue whether it's the best, we can say for sure that we’ve saved the biggest for last. Among the largest LEGO sets available, this Star Destroyer is reserved for the most avid of “Star Wars” fans. It is made up of over 4,500 pieces, and when complete, runs almost four feet long and a foot and a half tall. This is a lengthy project meant to be savored.