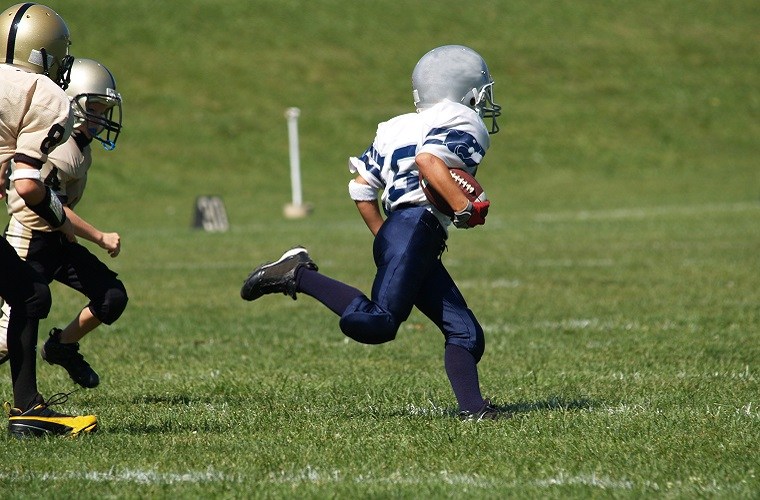 A complete guide for your child to get started playing football: tips for all ages

The NFL season begins on the first Thursday after Labor Day and ends on the second Sunday in February. If there are preseason games, they can start in early August. This means half of every year, Americans can enjoy watching the sport.

Youth football seasons do not last as long. They often start in September and only last six to 12 weeks. However, your local athletic club may offer other alternatives, such as spring football or indoor winter football. If your child loves football, this allows them to play throughout most of the year. Here’s everything you need to know to get your child involved in America’s favorite sport.

What is the object of football?

No matter which type of game you are playing — flag football, touch football or tackle football — the object of the game remains the same. The team that has possession of the ball tries to move the football down the field to cross the opponent’s goal line to score points. That team gets four tries to move the ball 10 yards. If they are unsuccessful, possession of the ball moves to the other team. The team that has the most points at the end of the game wins.

How do you score points in football?

While moving the ball across the goal line gets a team the highest amount of points (six points), there are four other ways to score points in the game: a field goal, an extra point, a two-point conversion, and a safety.

Extra point: After a team scores a touchdown — carrying or passing the ball across the goal line — they can try for an extra point. This is done by kicking the football through the uprights from a designated location (the 15-yard line in the NFL).

Two-point conversion: After scoring a touchdown, a team may opt for a two-point conversion instead of the extra point. In this instance, the ball is placed on the two-yard line and the team gets one chance to move the ball across the goal line either by passing or running.

Safety: A safety is worth two points. This happens whenever the defensive team downs a player with the ball in their end zone.

How old do you need to be to play football?

Tackle football, on the other hand, has a bit of controversy surrounding it. Some proponents say the sport is appropriate for middle school and up, while others, including NFL pros, advocate waiting until at least high school to play tackle football.

What skills are required for football?

Football is a sport that requires several skills and disciplines. Although the position your child plays will determine which particular skills they need, in general, all the following abilities can help your child be a better player.

What are the hazards of football?

As fun and rewarding as football can be, the sport is not without its dangers. Even a player wearing a football helmet and all the required safety equipment can sustain injuries. Some of these injuries will be temporary, but others, such as chronic traumatic encephalopathy, won’t present themselves until years after it occurs and will last for the rest of the player’s life.

What you need to play football

The most important piece of gear you need on the field is a helmet. This impact-absorbent model performs well across a broad range of temperatures. It has a low profile and a lighter weight for a more comfortable fit.

Dental work is expensive. A mouthguard isn’t. To ensure your child keeps all their teeth during the season, you need a quality mouthguard. This model molds to your child’s teeth and gums to provide a secure fit. The integrated breathing channel makes it easy to breathe while the mouthpiece is in.

Xenith’s shoulder pads protect your child’s chest and sternum while remaining flexible enough to allow your young athlete to maintain full range of motion. When it is time to clean, the pads can be removed for easy washing.

Football pants have two important roles. First, they must protect the player’s legs and knees from injury. Second, they must allow the player to have complete freedom of movement so they are not inhibited in any way. These under Armour football pants excel in both areas.

If you are a receiver, during the game your hands may get sweaty. This diminishes your gripping ability. These Nike receiver gloves have an ultra-sticky catching surface and adjustable cuffs to customize their fit. The woven back allows for better air circulation and helps keep your hands cool.

Impacts hurt some areas more than others. With this BioFlex cup, your child will have low-profile, single-layer protection that lets him to play with confidence. The gel perimeter pad allows for unrestricted motion while the built-in vents provide better airflow.

Traction can make the difference between that game-winning touchdown and a “better luck next time” pat on the back. These Adidas cleats have a lycra bootie to ensure a secure fit, while the hook-and-loop closure provides a secure lockdown.

If you’re serious about playing, this is the official ball for over 180 NCAA programs and 38 high school football state associations. The soft-leather design gives this ball a unique feel that lets the player have more control when catching or carrying and greater accuracy when throwing.

Flag football is a little different from regular football. When you play, each player needs two flags and a belt. This set contains enough equipment for two teams of five players each. It also comes with four goal line cones so you can make your gridiron wherever there is an open field.

If you want to have a catch after dusk, you need a stadium with lights — or a special football. This youth-sized football features an LED light that lasts for up to 30 hours. This allows you to have fun at all hours of the day, no matter where you are.