Contains 1 milligram of copper, an essential mineral that gets depleted by zinc. Noticeable difference in hair and nail growth and reduction of acne. Small pills.

Copper addition is unnecessary for those without copper deficiency.

If you are looking for an inexpensive zinc supplement without additional vitamins or minerals, this is a good option.

Available at an affordable price by a trusted brand in supplements. Made of quality ingredients with a vegetarian coating. Tablets are easy to swallow.

Some customers report stomach upset after taking these supplements. A few bottles had broken seals when delivered.

10 drops a day is all you need, and the liquid form makes it easier to take.

Trusted for quality and consumer safety. Absorbs more quickly and easily into your system than pills. Add 10 drops to any liquid. OK for almost any diet (free of most additives). Money-back guarantee.

Some reports of a loose/missing seal and mold spores forming soon after receiving. Inspect before use and return if any issues.

A great option for kids or others who hate swallowing pills or need an on-the-go option.

Can help boost your immunity, guard your eye health, speed up healing, and more. They dissolve quickly under the tongue for easy administration and fast absorption. Pure ingredients.

Some think they taste bitter.

Can take on an empty stomach unlike most zinc supplements. Helps with acne and immunity – clears up skin and colds faster.

Unclear what kind of zinc this product contains, which can determine absorbability.

Perhaps your doctor has recommended an over-the-counter zinc supplement, or maybe you’re looking for a way to prevent the common cold. While the body only needs trace amounts of zinc, the mineral activates over a hundred enzymes in the body and benefits the immune system.

A well-balanced diet should provide adequate zinc, but there are circumstances in which you might need a supplement. Certain populations, conditions, and diseases can lead to a zinc deficiency, which can cause a slow growth rate in children or weight loss in adults, as well as an increased susceptibility to illness.

Your physician might recommend a specific type of zinc supplement. If not, zinc comes in many different forms, giving you a lot of choices. Some forms are more readily absorbed by the body, while others work better under certain circumstances. As you consider your specific situation and needs, you’ll have a better idea of the supplement that’s right for you.

At BestReviews, we’re here to help you find the products you need. Our team does in-depth research to bring you information and reviews of the products we think are the best of the best. We’ve provided this shopping guide as an overview of zinc supplements, including the important questions you’ll need to ask yourself and what options are available to you. 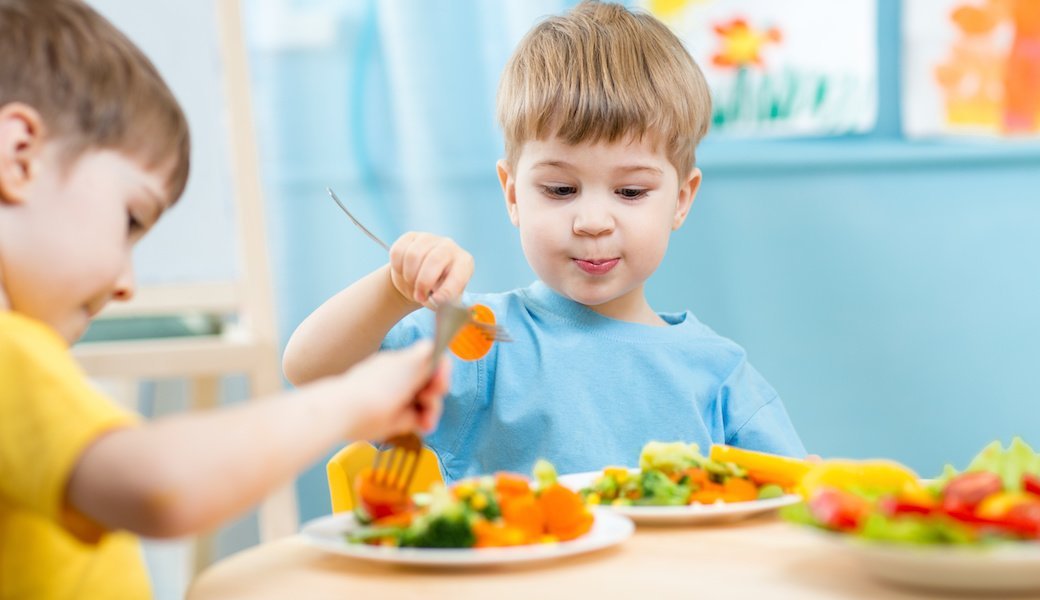 Children don’t need as much zinc as adults, but it’s essential to healthy growth and development, especially of the sexual organs. For most children, a well-balanced diet provides all the zinc they need.

Zinc acetate: Zinc acetate, sometimes called zinc salt dihydrate or zinc diacetate, results from a reaction between zinc oxide and acetic acid. This form of zinc is often used to reduce the duration of the common cold. Zinc acetate may come in lozenge or capsule form. The capsules are used to treat Wilson’s disease (copper accumulation in the liver and other organs) and are only available by a physician’s prescription.

Zinc sulfate: Zinc sulfate is water soluble and easily absorbed by the body, but it isn’t the best form of zinc for increasing zinc levels.

Zinc picolinate: Zinc picolinate is one of the most readily absorbed forms of zinc, making it a common supplement for pregnant women and those who might suffer from a zinc deficiency. In this form, zinc is chelated, or attached, to picolinic amino acids to help it more easily pass through the membranes of the intestines and enter the cells of your body.

Zinc monomethionine: Zinc monomethionine, which is quite a mouthful, is another chelated form of zinc. This time, the zinc is attached to one of the most easily absorbed amino acids, methionine. Like many of the other forms of zinc, it is used in lozenge form to prevent colds or treat a zinc deficiency.

Zinc gluconate: Zinc gluconate, sometimes called Orazinc in OTC supplements, is the zinc salt form of gluconic acid. This popular form absorbs quickly into the body and is ready to use in a relatively short amount of time. It’s often used in nasal sprays rather than supplements, but it does find its way into some formulas.

Zinc glycinate: Zinc is chelated with the amino acid glycine to make zinc glycinate. This form of zinc is often used along with plant compounds called bioflavonoids to reduce the pain and swelling associated with osteoarthritis. This combination is usually prescribed and monitored by a physician.

Zinc citrate: Zinc citrate combines zinc and citric acid. It comes in capsule form and is one of the more easily absorbed forms of zinc. Some people find that zinc citrate, more than other forms, tends to leave a metallic taste in the mouth. However, it disappears after a short time.

Feel a cold coming on? In some studies, zinc lozenges shortened the duration of colds by 40%. However, you have to start taking them within 24 hours of the first symptoms.

Your reason for taking a zinc supplement can help determine which form you need.

Zinc acetate, zinc picolinate, and zinc citrate are the three most easily absorbed forms of zinc. Of these three, zinc picolinate usually comes out on top, but you could have unique circumstances that make one of the other forms more effective. If your physician has specifically told you to use a certain form of zinc, follow those instructions.

Pregnant women are at a greater risk for zinc deficiency because zinc is also involved in the growth and development of a fetus. Many prenatal vitamins include zinc, so you probably don’t need an additional supplement unless your physician recommends it.

Inexpensive: For less than $.05 per capsule, you’ll find zinc included in multivitamins that may include other nutrients such as magnesium and calcium. The zinc quantity in these tends to be lower than in zinc-only supplements.

Mid-range: At $.05 to $.15 per capsule, you’ll find zinc picolinate, one the best sources of zinc because it’s so easy to absorb. Zinc gluconate and zinc citrate are also found in this price range. Many of these supplements contain several different forms of zinc to increase the absorption rate.

Expensive: Supplements that cost over $.15 per capsule are all-natural, vegan, and no-sugar options. These use the same zinc forms, such as zinc picolinate, zinc gluconate, zinc glycinate, and zinc citrate, as other supplements. 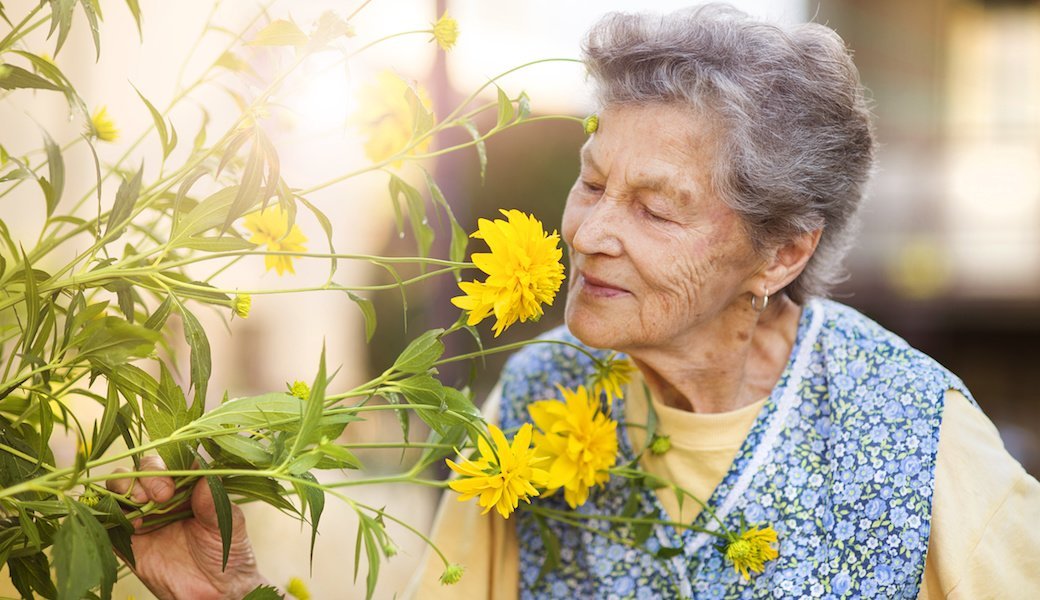 Some common symptoms of zinc deficiency include unexplained weight loss, wounds that won’t heal, open sores on the skin, and decreased sense of smell and taste.

Q. I don’t see zinc oxide on your list. Can I take it as a supplement?

A. Zinc oxide is used in sunscreens to absorb both harmful UVA and UVB rays from the sun. However, this form of zinc is topical, which means it shouldn’t be ingested.

Q. Can zinc interact with any other medications?

A. Like all supplements and drugs, zinc can interact with other medications you’re taking. It can reduce the effectiveness of some antibiotics and drugs used to treat rheumatoid arthritis. On the other hand, your zinc levels may be affected by prescription or OTC drugs, too. For example, diuretics might cause less zinc to be absorbed in the intestines. That’s why it’s important to talk to your physician or pharmacist before supplementing your diet with zinc.

Q. What does zinc do?

A. Zinc is involved in cellular metabolism and the immune system. It helps to develop and activate T-cells, which the body uses to fight germs and infection. Consequently, a zinc deficiency can lead to a weakened immune system. Zinc is also used to create and maintain new cells, DNA synthesis, and cell division. Ulcers and wounds that won’t heal are often associated with a zinc deficiency.

10 drops a day is all you need, and the liquid form makes it easier to take. 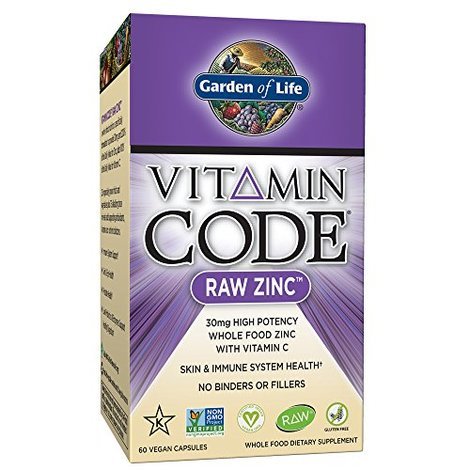 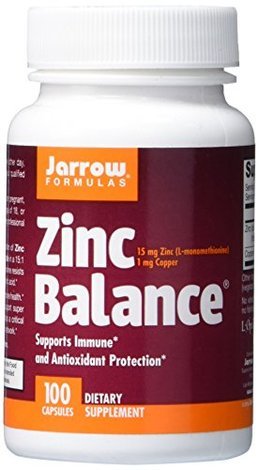 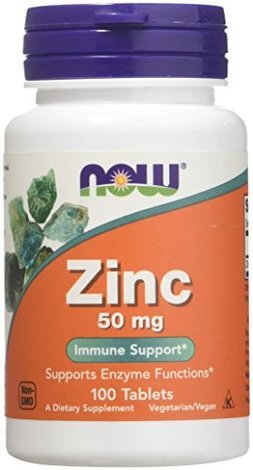 If you are looking for an inexpensive zinc supplement without additional vitamins or minerals, this is a good option.