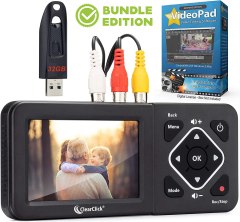 This video converter takes your old family movies and VHS tapes and brings them into the 21st-century with an easy-to-use suite.

The Video2Digital unit has a preview screen that requires no software or computer in order to work. Records directly to SD cards and flash drives, which can later be edited on computers or tablets. Box includes 32GB flash drive for immediate use.

Still requires a VCR, camera, or other RCA device to play the video. 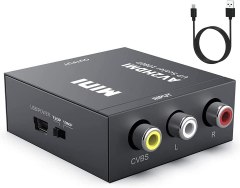 This simple converter works with your needs, be it video editing on your computer or converting old videos to work on your new smart television.

A universal RCA to HDMI converter that works with 1080P devices. Preserves your video quality from RCA devices for further use. Experienced video editors will be able to work wonders with this device. Great for connecting old devices to new televisions. 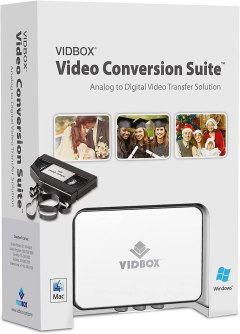 The VIDBOX Suite features everything you need for professional-looking video conversion.

This suite lets you play and convert your old videos on a Mac or PC. The USB capture card, cable, RCA cord, and start guides are there, too. Works with VHS, Beta, 8 mm, or camcorder tapes for digital and DVD conversion. Great for beginners.

Macs might require extra dongles. Some confusion over downloads. 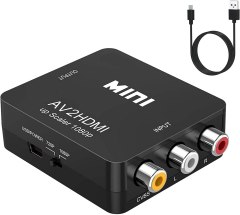 This straightforward signal converter can take old composite signals and upscale them into digital HD. 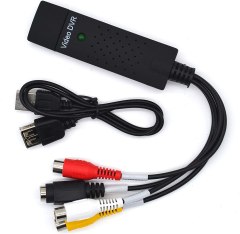 This high-end capture card works fast and easy on Macs and PCs without pre-processing.

Includes free video capture software from the manufacturer. Adjust colors, saturation, and more without experience. Includes a wide variety of compatible formats on Mac and PC. Works with USB 2.0 interface. Great for experts on the go.

For a long time, video and movies were produced and recorded on analog media. The advent of consumer technologies like home film and video cameras, VCRs, and similar equipment allowed the public to amass libraries of content stored on videotape or film and played back on analog devices.

But as technology changed, the integrity of this older content became threatened. As such, people began to realize they wanted to convert their old analog content to a digital format. The benefits are threefold: easier editing, versatile playback, and longer-term storage. To do this, you need a video converter. 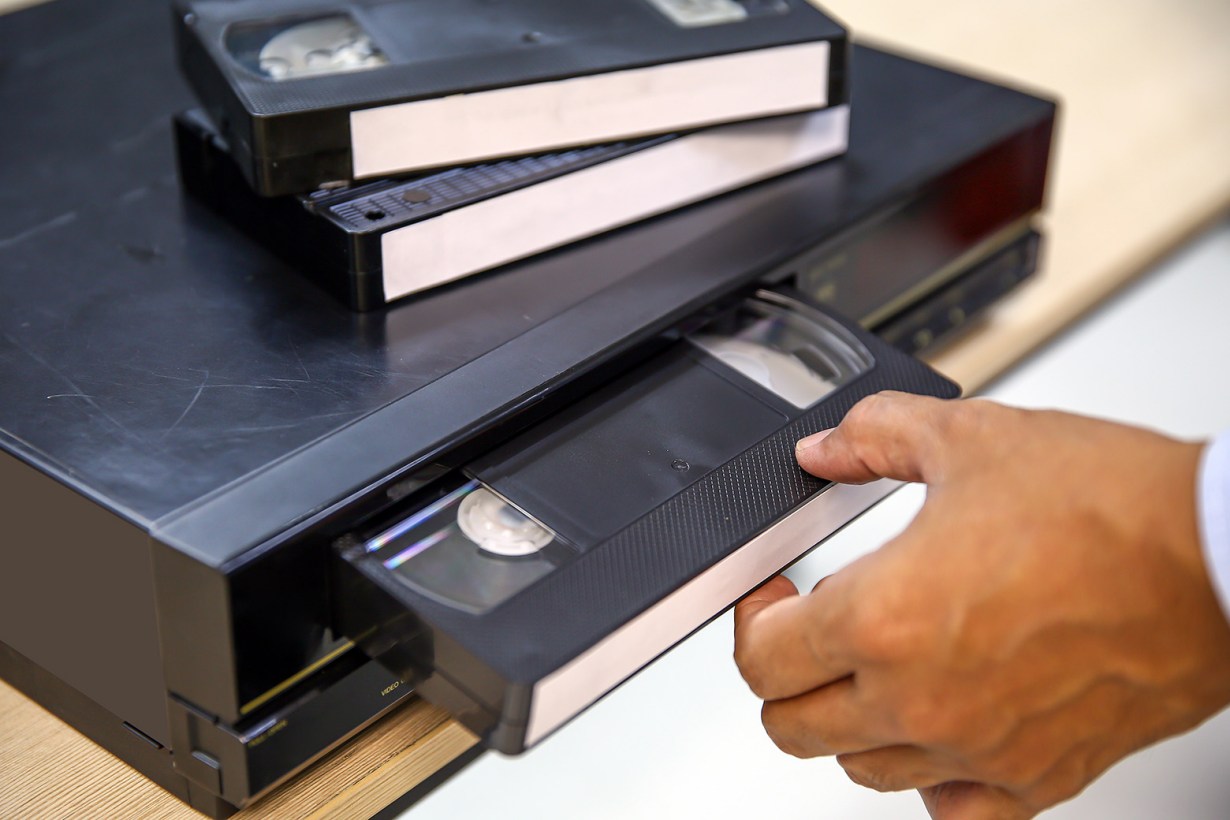 If you don’t already have a VCR, or the one you have no longer works, it can be a challenge to find one, as they are no longer manufactured. You may find refurbished VCRs on Amazon, eBay or similar retailers.

An HDMI converter is a small electronic device that converts analog signals into a digital HDMI signal. These converters won’t help you store or digitize old analog video themselves, but they do allow you to connect an older analog video source like a VCR, camcorder, or vintage gaming console to a digital TV or digital projector.

USB capture devices digitize analog video and send it to a computer for editing or playback over a USB port. They are sometimes called USB capture cards, even though they’re external, but they differ from the sort of digital capture cards used in streaming and gaming by accepting analog input via RCA jacks or S-Video ports. They usually come with video conversion software or video editing software, either on an optical disc or available via download.

USB capture devices can work on any computer with a USB port, making them a popular choice for laptops.

Standalone video converters are all-in-one devices for digitizing analog content. They hook up to an analog video source and digitize the video internally, saving the resulting file in a USB thumb drive or memory card. Standalone video converters include a small display screen to track the conversion and watch the video. They do not require a computer, as all the processing is done in-unit, but you have less control over the results.

Composite video transmits a video signal on a single channel and has an RCA connector coded yellow. It is lower in image quality than component video and S-Video.

What are some features of video converters?

A majority of video converters use USB to draw power. This allows them the flexibility of drawing power from either a USB power adapter or a USB port. Some standalone video converters can also use USB to transfer their digital output to a computer. USB capture devices that plug directly into a computer’s USB port take full advantage of USB for power and data transfer.

Standalone video converters come with a small screen on which you can watch the content you’re converting and the finished product. This can be quite convenient, especially if you have no other playback device handy. Some standalone converters also offer display output via HDMI or similar display cables to watch the content. This is in addition to the digitized video file.

SB capture devices often come with specific software for viewing, processing, and editing their digitized video. Some may come with software on an optical disc, others with a link to a downloadable app. There’s a significant variety to video capture and conversion software, and sometimes a capture device’s output can be difficult to view or edit without the right app.

When considering video converters that offer or require software, make sure the software is compatible with your system, that it’s reputable and safe, and that you find it easy to learn and use. 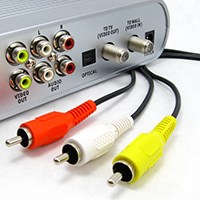 DID YOU KNOW?
RCA cables were introduced by entertainment brand RCA (Radio Corporation of America) in the 1930s and 1940s as a method of connecting and amplifying phonograph audio. RCA cables with red-for-right, white-for-left connectors are still widely used in audio.
STAFF
BestReviews

What equipment is used with a video converter?

Since most video converters output to HDMI, it's always handy to have an extra HDMI cable. To connect your older analog sources like VCRs, you need so-called RCA cables, either composite or component, known for their multiple color-coded plugs. If your older device and your video converter support S-Video, you may want to get an S-Video cable.

USB thumb drives and flash memory cards like SD cards are a great way to store the results of your video conversion and digitization. Good thumb drives and SD cards are more stable and less fragile than videotape or film, and they hold more information in less physical space than DVDs and other optical media.

Many video converters rely on USB power to run, but while most offer USB power cables, not all come with a USB power adapter or charger, so if you don’t already have one or want one just for your video converter, consider getting a new USB adapter.

How much do video converters cost?

HDMI converters and inexpensive USB capture devices cost between $10 and $30. They may not include needed video and HDMI cables, so you might want to factor in the cost of those accessories when making your choices.

Many USB capture devices and some standalone video converters cost between $40 and $100, including well-known and respected brands with bundled software and extras. 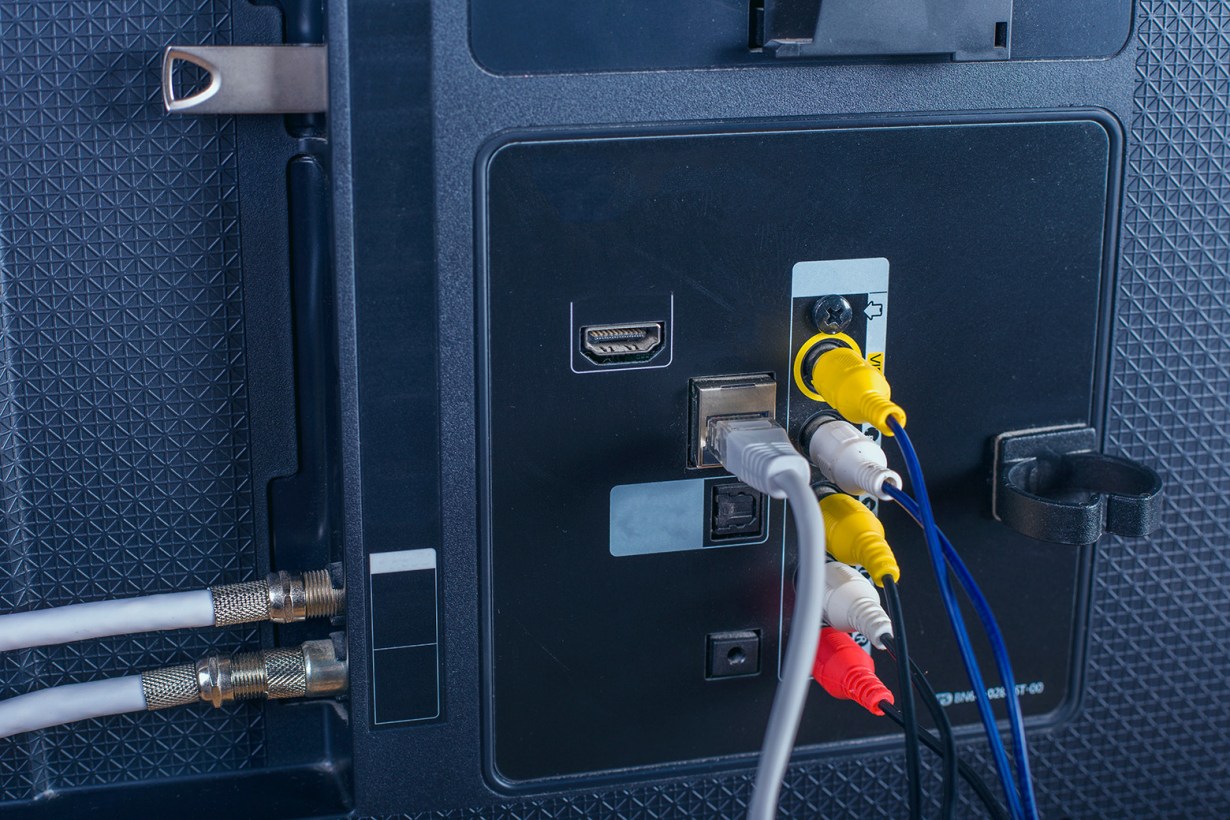 S-Video was a standard introduced in 1987 that separated black-and-white from color signals, resulting in higher image quality than composite video. S-Video cables usually have 4-, 7-, or 8-pin mini-DIN connectors.

Q. What is the shelf life of VHS tapes?

A. VHS tapes and other videotape formats can last 10 to 30 years. Information stored on magnetic tape can degrade over time as the tape demagnetizes. Mold and humidity can render tape brittle, snapping when played or rewound. The plastic cassettes can also degrade over time. Videotapes from the later decades of the twentieth century may be near or even past their shelf life.

Q. What is the best format to convert VHS to digital?

A. The best format for digital video is probably H.264 or MPEG-4 (MP4), which are standards that most computers, tablets, smartphones, and other devices can recognize and work with. Other formats, like Apple’s MOV and Microsoft’s WMV, are not as universal or have other drawbacks.

Q. How do I convert 8mm film to digital?

A. There are two ways to take an old 8mm film reel and convert it into a digital format. The easiest way is to obtain a film-to-digital converter. These resemble standalone video converters, but instead of analog inputs, they have spools on which to mount film reels and a hi-res scanner to record the image as the film plays.

The second method is more involved. Basically, you need to play your film from a projector and use a separate digital camera to record the image as it plays.

Q. How do you clarify a blurry video?

A. If your video is blurry, or if it’s so low in resolution that using a video converter to upscale to a digital file will make it blurry, you can try reducing the contrast and increasing the brightness in video editing software. This will bring out detail that may have been lost. However, it’s no magic fix, and it can make the resulting image look washed out. 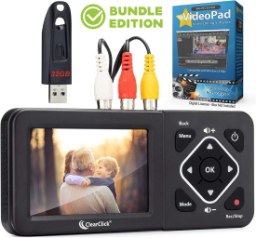 Best of the Best
ClearClick
Video to Digital Converter 2.0
Bottom Line
This video converter takes your old family movies and VHS tapes and brings them into the 21st-century with an easy-to-use suite.
Shop Now 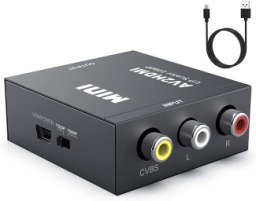 Best Bang for the Buck
Upgrow Store
RCA to HDMI Converter
Bottom Line
This simple converter works with your needs, be it video editing on your computer or converting old videos to work on your new smart television.
Shop Now 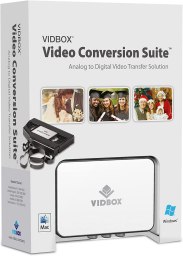 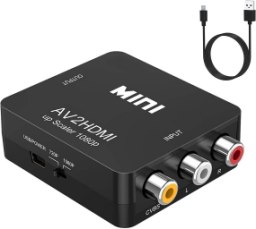 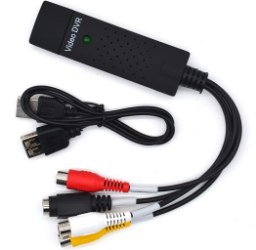 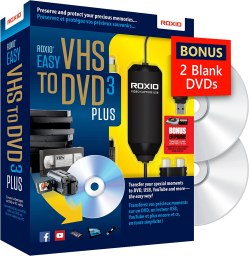 Top Pick
Roxio
Easy VHS to DVD 3 Plus
Bottom Line
Roxio has long been an industry leader in home-editing software, and this latest version shows why.
Shop Now