Touches all the bases that a good home sound system needs to score with movie fans looking for a quality sound experience.

The meaty bass from the included subwoofer really makes this 2.1 audio soundbar. Quick setup, including fast Bluetooth connectivity that allows for audio streaming.

Doesn't require a separate subwoofer to achieve the highest level of audio quality.

Nice quality of audio in a simple soundbar design that has the subwoofer built into it.

Includes a tweeter that has a higher frequency range than most soundbars on the market. No separate subwoofer required, as it's built into the soundbar itself. Soundbar hardware will connect directly to a compatible Samsung TV, creating a simple installation process. Plays 4K audio smoothly.

Bass sounds aren't as powerful as they'd be with a separate subwoofer.

Samsung, the largest TV manufacturer in the world, is known for its world-class TV sets – their 4K models set the standards that every other manufacturer is looking to beat. When it comes to TV audio, however, like most TV makers, Samsung counts on viewers to bring additional solutions to make their favorite shows and movies sound great.

Fortunately, Samsung makes some of the industry’s best soundbars, too, and they’re worth looking into for anyone who wants to add a little “oomph” to their TV – even if that TV isn’t a Samsung.

At BestReviews, we’re on a mission to provide our readers with the most unbiased and comprehensive product guides on the internet. That means we’re dedicated to sharing insights about the features and models you’ll need to make a strong purchasing decision. Read on for our take on Samsung soundbars, then, when you’re ready to shop, check out the table at the top of the page to see which models we recommend. 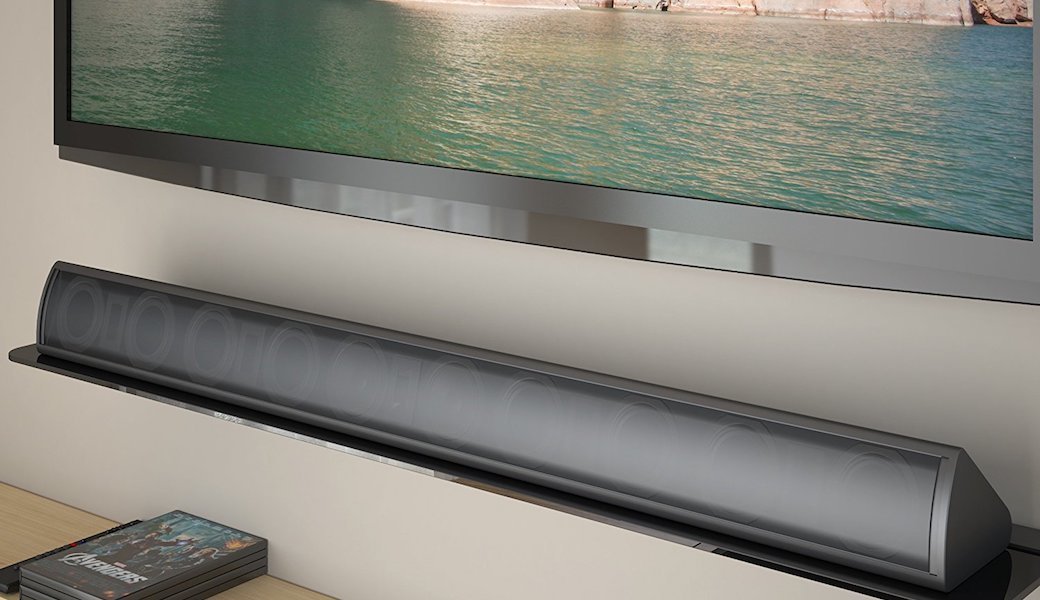 Samsung products often work using the same remote control frequencies, so if you have a Samsung TV, it’s likely you’ll be able to use your TV remote to control your Samsung soundbar.

Samsung makes soundbars that support a variety of different speaker configurations, so make sure you know which one you need and which ones you want to avoid.

Soundbars are capable of pumping out impressive, high-quality audio, but there’s some debate about how well they handle surround-sound tracks from TV and movies. Most soundbars handle “surround” effects – the audio that is supposed to come from behind you or from the sides – in one of two ways:

Samsung sells a soundbar expansion kit that includes two wireless rear speakers. While the kit isn’t cheap, it solves one of the major shortcomings of soundbars: it reliably places secondary audio in the right place. If you don’t have the space for a full multi-speaker home theater setup, but you still want the best, most immersive audio available, buy a Samsung soundbar that supports the wireless rear speaker kit.

Many soundbars try and get specific audio to specific locations in the room – with variable success – by including speakers that push audio upward to bounce it on the walls so it sounds like it’s coming from behind the viewer. In these cases, the speakers use local acoustics to create a sonic stage, but how good that sounds is entirely dependent upon the room itself.

With all of this in mind, remember that the majority of audio from your TV will come from the left, center, and right channels, so if you watch mainly dialogue-heavy content, you may not see a lot of benefit from external satellite speakers or built-in upfiring speakers.

Expert Tip
To stream music from your smartphone to a Samsung soundbar, buy a model with Bluetooth support. They are perfect for pulling double duty as a TV speaker and a wireless jukebox.
STAFF
BestReviews

Samsung soundbars that cost between $100 and $249 typically support 2.1 or 3.0 audio and include limited connectivity options. Soundbars in this price range are good for smaller rooms or situations where a simple, inexpensive option is needed. If you’re looking for a soundbar for a dorm room or a secondary TV, look no further.

You’ll find Samsung’s best values in soundbars in the mid-range, between $250 and $799. Here, you’ll start to see models that include wireless subwoofers and support for 5.1 surround sound. On the high end, expect to see the almost perfect models that sound incredible and include perks like WiFi audio streaming or support for high-resolution audio formats. On the low end, Samsung has options that still offer impressive sound while skimping on some of the luxuries like support for high-resolution audio formats.

For Samsung’s cream of the crop, Expect to pay between $800 and $1,500. Samsung soundbars in this price range include the kitchen sink and then some: satellite rear speakers, support for high-end formats like Dolby Atmos, and enough power to shake your home with thunderous bass. If you’re a home theater enthusiast, or if you simply want the best soundbar money can buy, expect to spend quite a bit. 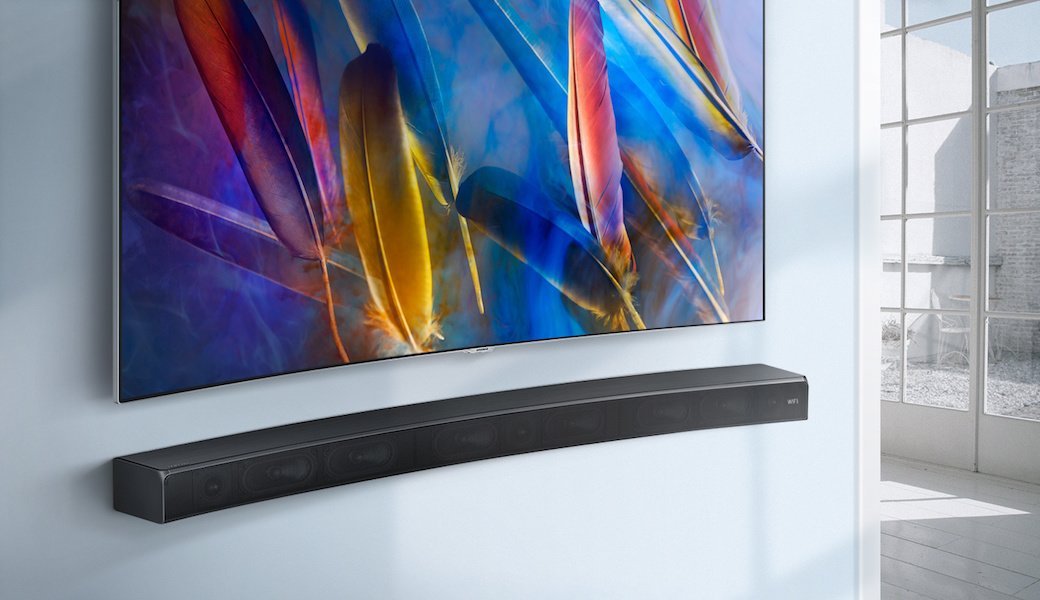 Some soundbars, especially those with several speakers, are quite heavy. As you’re comparing Samsung soundbars, keep the various weights in mind, especially if you plan on mounting your soundbar to a wall. No matter what it weighs, make sure your soundbar gets mounted to studs in the wall.

Q. What happens if I try and play a movie audio format that my Samsung soundbar doesn’t support?

A. Most TV and movie audio formats are backward compatible, so that they contain compatible tracks within them that will work with older soundbars. If you try and play a movie or TV show that includes an unsupported soundtrack on a Samsung soundbar, the soundbar will default to the compatibility track and play that.
Q. How do soundbars simulate surround-sound effects without rear speakers?

A. Some soundbars, in addition to featuring front-facing speakers, also have speakers that fire up at an angle. Upfiring speakers can “bounce” sound off the walls, floor, and ceiling, creating the effect for the listener that sound is coming from various angles or even behind them. The quality of simulated surround will vary based on the soundbar as well as the room acoustics.

Q. Can I listen to music on a Samsung soundbar?

A. Absolutely. All Samsung soundbars can connect to an audio source and play back music. Many Samsung soundbars with multiple speakers will even let you play your tunes in surround-sound mode, where the audio is processed across multiple channels.