This high-powered model from Anker is easy to carry and won't strain your wallet.

Not compatible with pass-through charging.

This affordable and compact option can charge your phone up to a full day.

Supported by Qualcomm's Quick Charge 3.0 and charges most phones to full capacity in about an hour. Weighs just seven ounces and fits easily in your pocket or purse.

Its thin profile and ability to power a mobile device long past its normal battery life make this a great portable charger for travelers.

Affordable. Slim design. Capable of adding 19 hours of call time or 11 hours of web browsing to a device. Lightning-fast charging. Available in black or pink.

A little heavier than it looks.

With over 70 hours of battery life per charge, the Powerstation XXL is a reliable and versatile portable charger.

It's expensive and it's chunky, but this is the choice if you need to charge your laptop on the go.

Fabric finish is aesthetically pleasing. 22,000mAh backup battery is plenty for most users. 100-watt AC outlet charges laptops like the Apple MacBook or the Microsoft Surface.

If you’re into technology, chances are your list of basic human necessities has one more thing on it after food, water, and air: extra battery power for your gadgets. Every device, whether it’s a smartphone, tablet, laptop, mouse, or Bluetooth headphones, needs power to keep going, and we’re not always near power outlets when we need them. That’s where a portable charger comes in handy.

Portable chargers, sometimes called power banks, are standalone batteries designed to recharge your gear. These small, black, nondescript boxes with USB ports might not look like much, but they can carry enough extra power to recharge a laptop several times over. There’s no way around it: if you regularly carry a lot of devices with you and want them to make it through the whole day, you need a portable charger.

The portable charger market is full of different models, ranging from keychain-size tubes with just enough to refill your phone to capacious models that can charge several devices at once. Picking the right one is a matter of knowing your needs and the best models available, and our shopping guide covers both, so let’s get started. 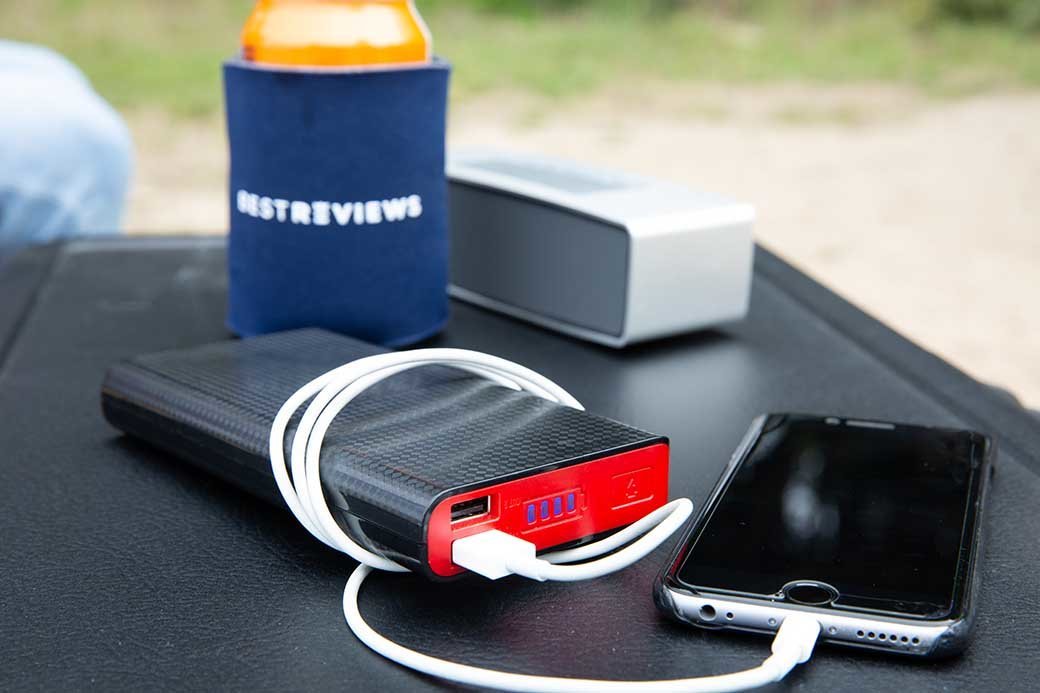 Some portable chargers are powerful enough to jump-start a car. If you’re on the road a lot and worry about getting stranded by a dead car battery, buy a portable charger that works with jumper cables for added peace of mind.

The right power bank for you will depend on a variety of factors. Answer these two questions to get a sense of the models and features you should start with.

How many devices do you need to charge simultaneously?

Make a list of all of the devices you might need to charge and be sure to include things like Bluetooth headphones. If you expect that you’ll need to recharge a lot of gear regularly, buy a portable charger that supports charging multiple devices at once.

Do your devices charge via USB or with an AC adapter?

If you’ll mostly be connecting devices that can charge via USB, just about any portable charger will work. But if you need to charge a beefier device like a laptop, you’ll need to buy a portable charger with an AC outlet. They’re a little more expensive, but they usually include a pretty big battery, so the investment is worth it.

The most important tech specs

Different portable chargers offer a lot of different extra features, but at the end of the day, there are only two specs to care about: the milliampere hours (mAh) and the amperage (A).

Milliampere hours: These are the units of measure for battery capacity. For example, a fully charged laptop battery typically stores around 5,000 mAh. Smartphone batteries usually have a capacity of between 2,500 mAh and 3,500 mAh. Capacity is the single most important feature of a portable charger, so pay attention to the mAh numbers as you compare models.

As you’re comparing portable chargers, keep your eyes peeled for these extra features.

Status indicators: Basic portable chargers use a series of LED lights to indicate the remaining battery life, but fancier models will have a much clearer interface with a digital readout. As you’re looking at specific models, check to see how you’ll keep tabs on battery life.

Solar charging panels: If you take a lot of outdoor trips, or if you’re just packing an emergency bag, solar-powered portable chargers are a smart way to make sure you’ll always have access to power. Portable chargers with solar panels get recharged just by being left in the sun, and then they pass that power on to your devices.

Built-in flashlight: While it might not sound impressive at first, a portable charger with a built-in flashlight is useful, especially if you keep your charger in your bag. Having a flashlight handy is an easy way to be able to see your bag’s contents without having to fish everything out.

Did you know?
Many portable chargers come with a carrying case, but if yours doesn’t, it’s still a good idea to buy one separately. It’s useful for keeping dust and dirt out of the charger’s ports – dirty or damaged ports can prevent your battery from working properly
STAFF
BestReviews

Inexpensive: In the $15 to $40 range, you’ll find a lot of solid, straightforward portable chargers meant for charging one device at a time. Models in this price range are great for casual use or keeping with you in case of an emergency. If you’re looking to charge multiple devices, or if you want a portable charger that can charge your devices multiple times before needing a recharge of its own, you’ll need to spend a little more.

Mid-range: In the $40 to $100 range, you’ll see portable chargers with much bigger capacities and interfaces that are a lot easier to understand. Many will give you precise, percentage-based battery indicators or include as many as three ports for devices to charge. If you travel a lot or you’ve got a ton of devices that all charge via USB, you don’t need to spend more than $100 to get a good value.

Expensive: Above $100, you’ll find luxury portable chargers. Admittedly, at that price, you’re paying for the design, but that also means you can find some slick-looking portable chargers if you’re willing to spend the money. Models can get as expensive as $250, so it’s easy to spend a lot. 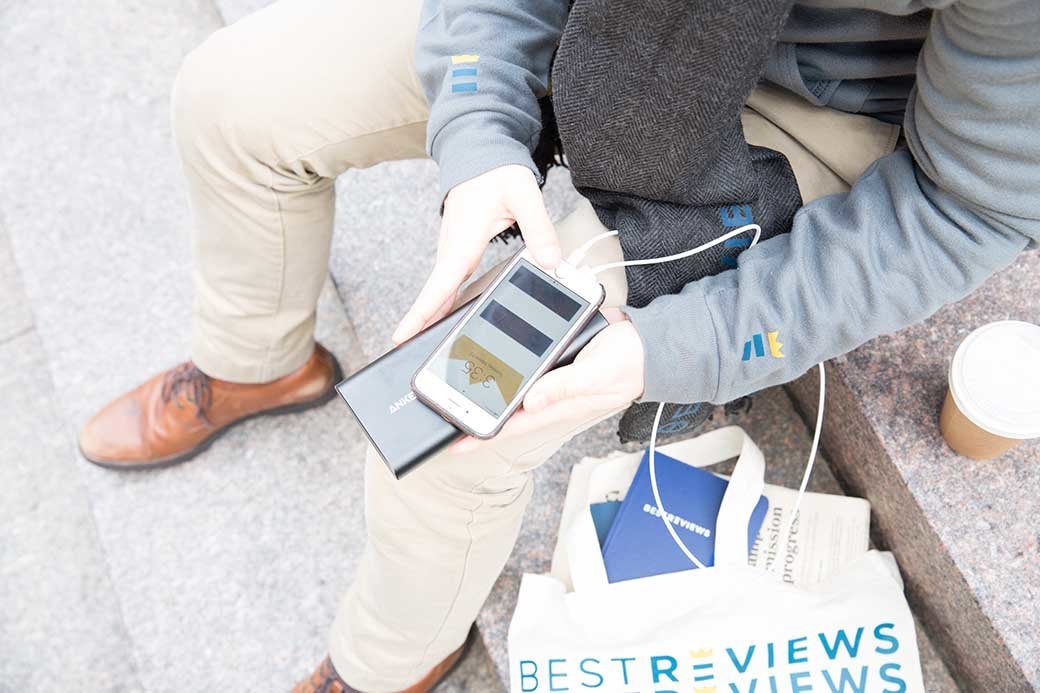 If you need your devices to charge as quickly as possible, look into Qualcomm’s Quick Charge 3.0 technology, which charges 85% faster. It needs to be supported on both the portable charger and the device, but it’s found on most flagship phones.

Q. How can I tell if a portable charger is compatible with my phone?
A. As long as your phone recharges with a USB cable, you’ll be fine. Portable chargers are designed to be hardware agnostic, so you don’t have to worry about whether your devices will work.

Q. What are the differences between portable chargers and power banks?
A. They’re the same thing. In some cases, manufacturers will use the term “power bank” to describe a device with an especially high-capacity battery or a portable charger with an AC outlet, but there’s no hard and fast rule. In most cases, you can use the two terms interchangeably. 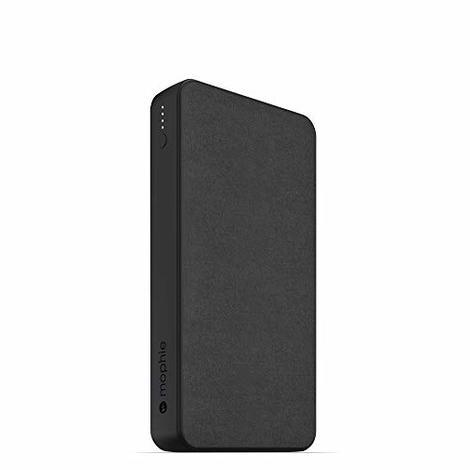 With over 70 hours of battery life per charge, the Powerstation XXL is a reliable and versatile portable charger. 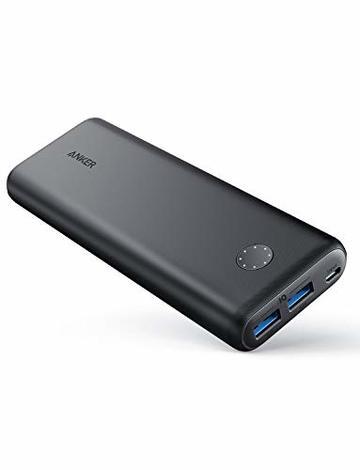 This high-powered model from Anker is easy to carry and won't strain your wallet. 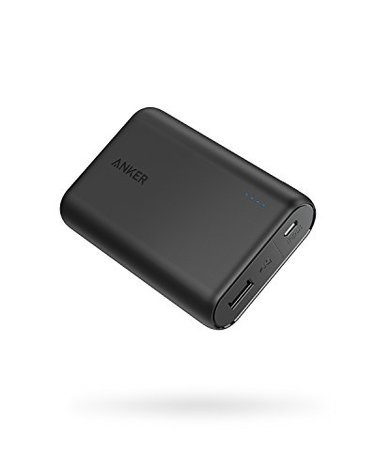 This affordable and compact option can charge your phone up to a full day. 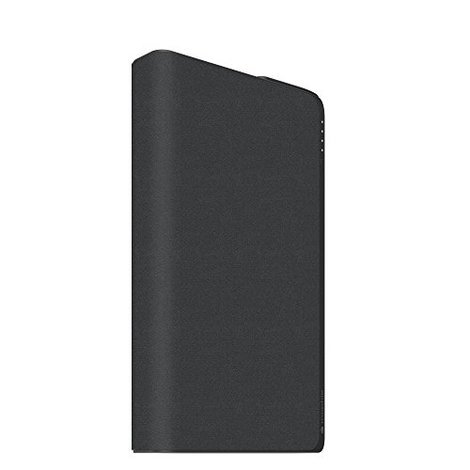 It's expensive and it's chunky, but this is the choice if you need to charge your laptop on the go.