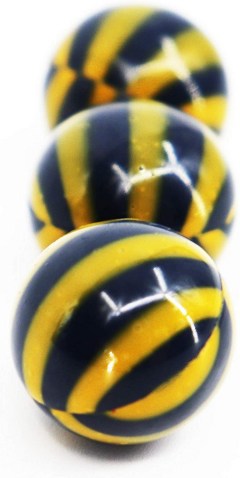 This pack comes with graffiti-orange paint fill, making it great for a unique strike color.

Works well on the field or at target practice. Also gives players high accuracy. Usable with many styles of guns due to its widely accepted caliber.

Paintballs could arrive broken during shipping. 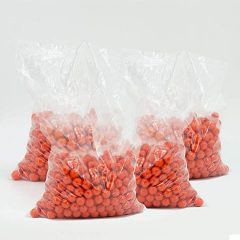 Bright coloring is great for playing in wooded or dark areas, as it allows you to see your shots easier.

These are good paintballs that shoot straight and are fit for a standard-sized gun. Perfect for a highly active playing field.

Buyers say that they don’t break on target very well. 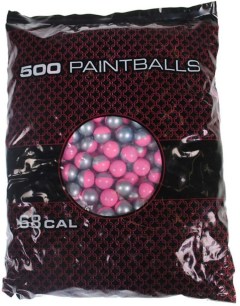 Good price for a 500-count pack with a vibrant aqua fill color to stand out from the crowd.

This bright fill color ensures that you can see your strike mark clearly while playing in a game or shooting recreationally.

Several reports of paintballs arriving broken in the bag.

A great option if you want to use them for practice or just for fun.

Made with eco-friendly orange or yellow paint fill that's great for using inside or outside. Also boasts a great quality and fits a standard 0.68-caliber gun.

Buyers are unable to choose the color of their paintballs. 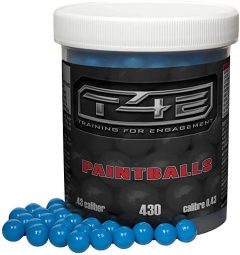 Quality paintballs that work well for any occasion in any weather.

Manufactured with a strengthened outer shell that helps prevent against chamber breaks and is a better size for improving accuracy and reliability.

Only fits a smaller-caliber gun.

There’s nothing quite like the thrill of paintball. Like a first-person video game in real life, paintball allows players to practice aim, movement, and combat tactics in a high-paced yet safe environment. The game started in 1981 in a recreational context, but today, it’s grown into a full-fledged sport with major tournaments and a professional organization. No matter where you sit on the experience spectrum, one thing is certain — you need paintballs to play.

Paintballs may all appear the same at first, and to be fair, the majority are constructed in a similar way. They consist of water-based paint inside a brittle gelatin (and sometimes polystyrene) shell that’s designed to break on impact, releasing the colorful liquid inside. Paintballs are offered in different colors, calibers, package sizes, and aerodynamic architectures however, so there’s more variance than you might think.

Have your sights set on more info? Read on to learn more. 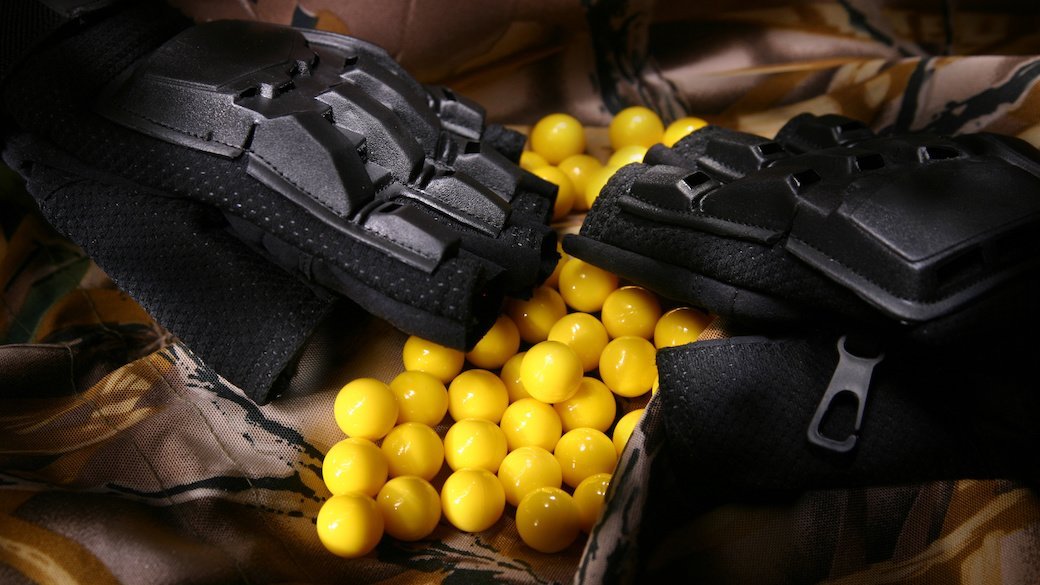 Paintballs are designed to be environmentally friendly, biodegradable, and water-soluble. If you wash your paint-covered clothes soon after playing, the color should wash out.

The type of paintball you use largely depends on the type of weapon (marker) you wield and your style of play.

The color of paint inside your paintball may seem like a trivial detail, but if you’re playing with a squad, it’s helpful to have consistency and distinction between players. Not only does this help you identify the enemy more clearly, but you can choose a color that matches your team’s logo or general aesthetic.

A far more important consideration is the caliber of your paintball. Just like a real bullet, paintballs need to be chambered in the appropriate size for the weapon you’re using, or else you risk jamming, misfiring, or equipment damage. Caliber refers to the diameter of the projectile. For example, a .68 caliber paintball measures .68 inches across.

There are several calibers available, but here are some common examples:

Did you know?
Paintball guns are powered by compressed gas, including carbon dioxide, air, nitrogen, and sometimes propane. When the gas starts to run out, the projectiles will begin to lose velocity. A common tank capacity is 20 ounces — approximately 800 shots.
STAFF
BestReviews

Paintballs are relatively simple products. While there are some variations with glow-in-the-dark coatings, scented fillings, and the like, the main “feature” you see when shopping has to do with paintball stabilization.

A modern firearm features a “rifled” barrel that spins the bullet as it leaves the gun to improve accuracy. Paintball markers work a bit differently, though. Paint projectiles are fragile compared to real bullets and are fired at closer ranges, so a rifled barrel is both unnecessary and counterintuitive, with a few exceptions. That said, certain paintball manufacturers offer integrated stabilization features such as fins, ridges, and aerodynamic shapes to replicate the rifling effect. These products tend to cost more than their conventional equivalents, but they can go a long way toward becoming a bona fide paintball sniper.

Inexpensive: You can find inexpensive packs of 100-count paintballs for around $6, but keep in mind these may have inconsistent, low-quality shells that can break during shipping or won’t break when they hit their target. Either extreme is bad. They can also be less accurate.

Mid-range: For about $10 are 100-count packs with more consistency in shell quality. These reliably break upon impact and fly straighter.

Expensive: At the top of the range, expect to find paintballs with high-end gelatin or polystyrene shells, stabilization features, and unique characteristics like glow-in-the-dark coatings. These can cost $25 or more per pack. 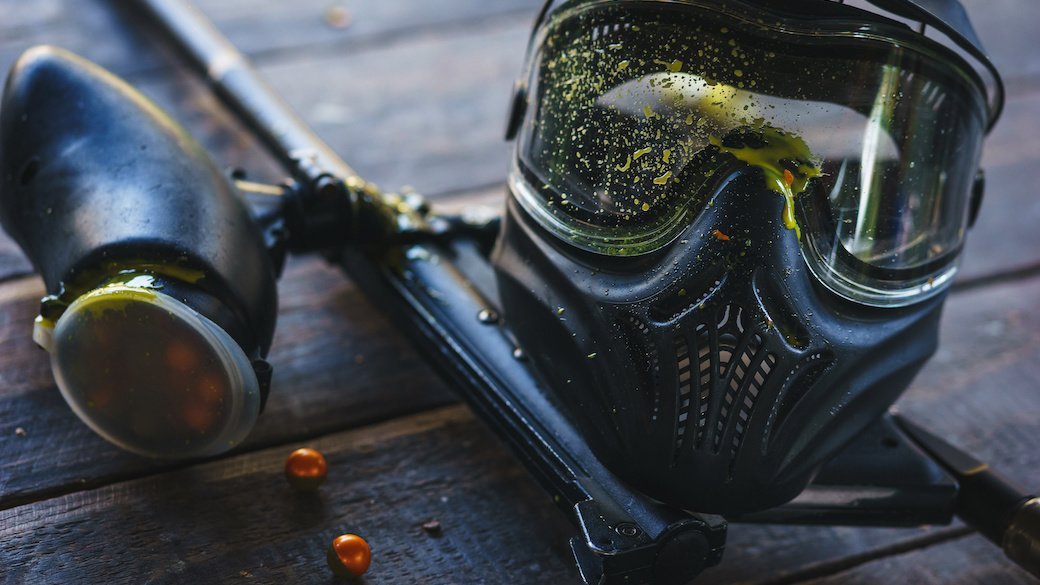 ASTM International — also known as the American Society for Testing and Materials — sets safety and durability standards for paintballs and other products. If your paintball set sports the ASTM logo, you can be confident it’s of the highest quality.

Q. I can save money by buying cheap bulk paintballs. Should I do it?
A.
We love saving cash, but you need to do so intelligently, or you risk creating other problems. Low-quality paintballs can break during shipping, so you aren’t really getting your money’s worth. They can also break in your hopper during a game, which is a more serious issue. This can hinder your weapon’s accuracy and prevent it from firing.

Q. What caliber paintballs should I buy?
A.
The simple answer is to buy the caliber your gun is designed for, but if you’re just starting out, choose a paintball caliber consistent with your experience level and play style. Smaller calibers, such as .43 and .50, are meant for low-impact games and beginners. A caliber of .68 is the industry standard and is preferred by serious players, but there are even higher calibers. Keep in mind conversion kits are available to modify your marker to fire different calibers.

Q. How many paintballs do I need?
A.
The number of paintballs you use depends heavily on your play style and the type of marker you prefer. A good rule of thumb is 400 to 500 paintballs per person per gaming session, but if you’re extremely trigger happy, you may use more. If you play in a conservative, accuracy-first style, you could use less. Either way, arenas generally offer paintballs for sale on site, so you can always resupply if needed.

Q. Are there different types of paintball competition?
A. Paintball can be played a number of different ways, but the most common game types are Woodsball, Speedball, Elimination, Round, and Scenario. Woodsball games are played outside in forested areas (hence the name) and often include slower tactical movement with natural cover. Speedball is a faster-paced game played in flat areas like fields, where inflatable bunkers are erected to provide cover. Elimination, sometimes called Slayer, is relatively self-explanatory, as the goal is simply to defeat each member of the opposing team. Round is essentially a free-for-all, where all players start in a small circle facing out, take 20 or so paces forward, and begin fighting when prompted. Finally, Scenario involves completing specific objectives such as territory holding rather than simply eliminating other players. 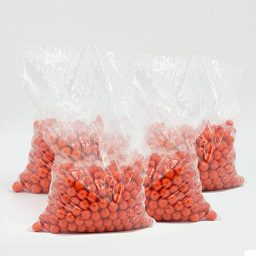 Best Bang for the Buck
Valken
Infinity Paintballs (0.68 Cal)
Bottom Line
Bright coloring is great for playing in wooded or dark areas, as it allows you to see your shots easier.
Shop Now 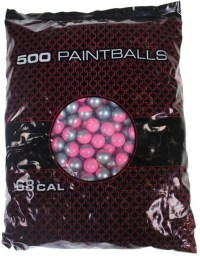 Top Pick
Loader
500 DXS Basic Training Paintballs
Bottom Line
A great option if you want to use them for practice or just for fun.
Shop Now 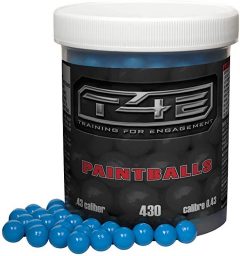 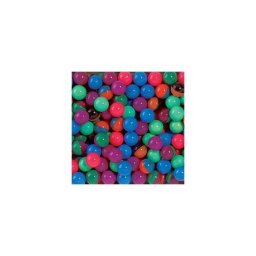 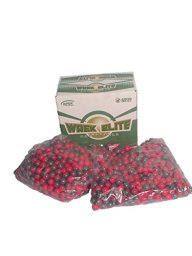 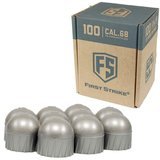