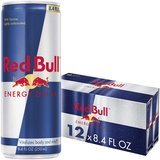 Some people prefer the taste and potency of other brands, but this is the best overall energy drink on the planet.

It's remained popular for a reason — Red Bull is still the best energy drink out there. It's a bit more expensive than many competitors, but tastes great and works very well.

Tastes good — consuming too much can be a problem at 110 calories each. Also, people mix this with alcohol and that can be a dangerous combo. 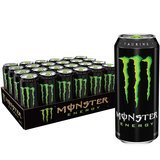 A solid alternative to many competitors and the price is more friendly than a lot of others, too.

Better price than a lot of competitors and gets the job done.

Taste not as popular as those offered by competitors. 100 calories — a bit high for someone using this for energy to exercise. 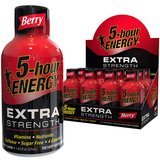 Great energy boost in a portable, concentrated shot. A bit pricey, though. Plenty of flavors to choose from and low calorie count, too.

Only four calories per serving. Not filling — it's a shot instead of a whole drink. Plenty of flavors to choose from. Concentrated, effective energy boost.

A bit on the expensive side. 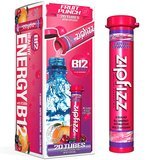 Carry one of these anywhere for a quick boost — just add to water. Low calorie count, too.

Unique among energy boosters — just dump a tube in a bottle of water, mix, and you're ready to go. Just 10 calories per tube. Variety of flavors, too.

Weird, metallic aftertaste. Not as high a boost as a lot of competitors. 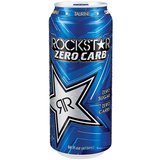 If you want a traditional energy drink that is low in calories and carbs, this is a great option.

The popular Rockstar formula, only with zero carbs and no sugar.

Low calorie and zero carbs, but expensive. One whole flavor, so you'd better love it.

We all have those drowsy days when getting through that next meeting seems impossible. If you’re really dragging and coffee won’t do the trick, an energy drink is often the best option.

But there’s a wide variety of energy drinks on the market, and they’re not all created equal. If you want a drink that provides a boost but won’t send you crashing later, it’s important to choose an energy drink that contains the right amount of caffeine, sugar, and other ingredients to help you get through the day.

At BestReviews, we help simplify the shopping process. With our top recommendations and shopping guides, you can shop with confidence in a fraction of the time. If you’re looking for the best energy drink, our favorites can be found in the product list above. For everything you need to know to choose the right energy drink for you, keep reading. 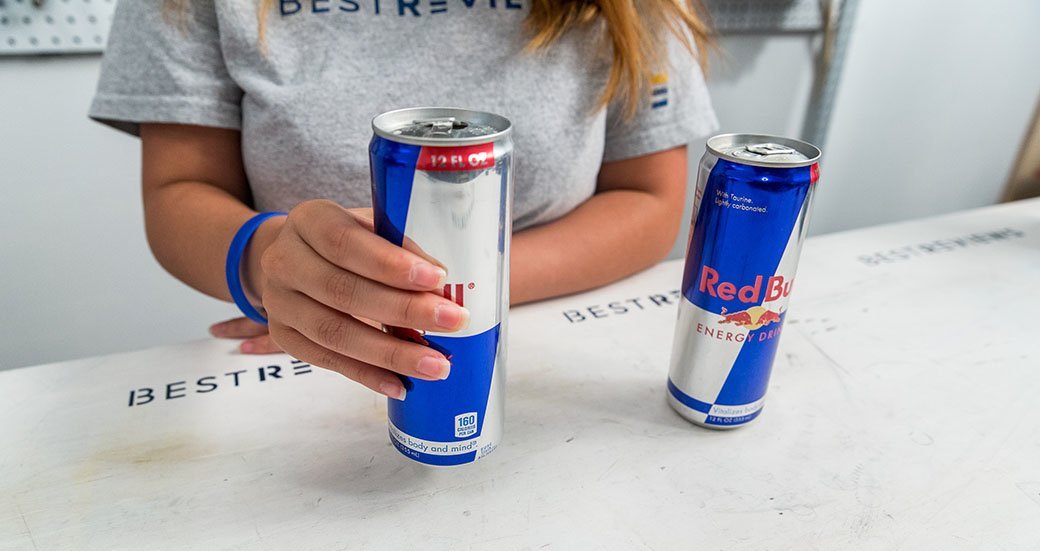 For the most refreshing taste, chill your energy drink before you drink it.

What are energy drinks?

Energy drinks are formulated to deliver a boost of energy when you need it most. In most drinks, this is the result of two main ingredients: caffeine and sugar. Caffeine is a central nervous system stimulant that increases alertness, reaction time, and concentration. Sugar gives you a quick burst of energy by raising your blood sugar level.

In addition to caffeine and sugar, energy drinks usually contain other ingredients like ephedrine, taurine, ginseng, and guarana that are meant to increase your wakefulness and endurance.

Popular for a good reason

It’s not a coincidence that Red Bull Energy Drink is the energy drink of choice for many athletes, students, and hard-working professionals. It contains enough caffeine to help you feel more awake and alert, as well as real sugar to provide carbohydrates that replenish energy. We also love that the formula includes B vitamins that can help with carb and protein breakdown and boost metabolism.

Let’s take a look at several key reasons why energy drinks are so popular.

If you’ve never had an energy drink before, it’s usually best to start with half a can or bottle and only drink more if you need additional energy.

Limit your intake of other caffeinated beverages like coffee or soda when you drink energy drinks.

For the healthiest option, avoid energy drinks that contain high-fructose corn syrup, which is a highly processed sweetener.

Sugar is another key ingredient in energy drinks, but too much sugar in your diet can lead to diabetes, obesity, and other health problems. To make sure that an energy drink is as healthy as possible, look for options with no more than 10 grams of sugar per serving.

Energy drinks aren’t regulated by the Food and Drug Administration, so it’s important to understand the other ingredients and supplements that are commonly found in them. Some of the most common energy drink ingredients include:

Many people don’t think about the calories that are in the beverages they drink, but a sugar-laden energy drink can pack plenty of calories. Check out the calories in any formula that you’re considering, and stick to those that have 150 calories or less.

When they first hit the market, energy drinks had a reputation for a pretty unpleasant, medicinal taste. These days energy drinks are available in a wide range of flavors, so it’s easy to find one that appeals to you. Some common flavors include berry, orange, lemon-lime, citrus, and tropical punch. Try a few to see which flavor is your favorite.

Most energy drinks come in cans or bottles that contain eight to 16 ounces. However, some energy drinks are smaller in size, containing two ounces or less. These concentrated formulas are meant to be consumed in a few gulps, like a shot, to provide energy as quickly as possible.

Unlike other energy drinks with funky medicinal flavors, Monster Energy Drink has a smooth taste that goes down easy for energy fast. And although it contains real sugar, this affordable energy drink boasts only 100 calories per eight ounces, making it a healthier option than many other brands on the market. 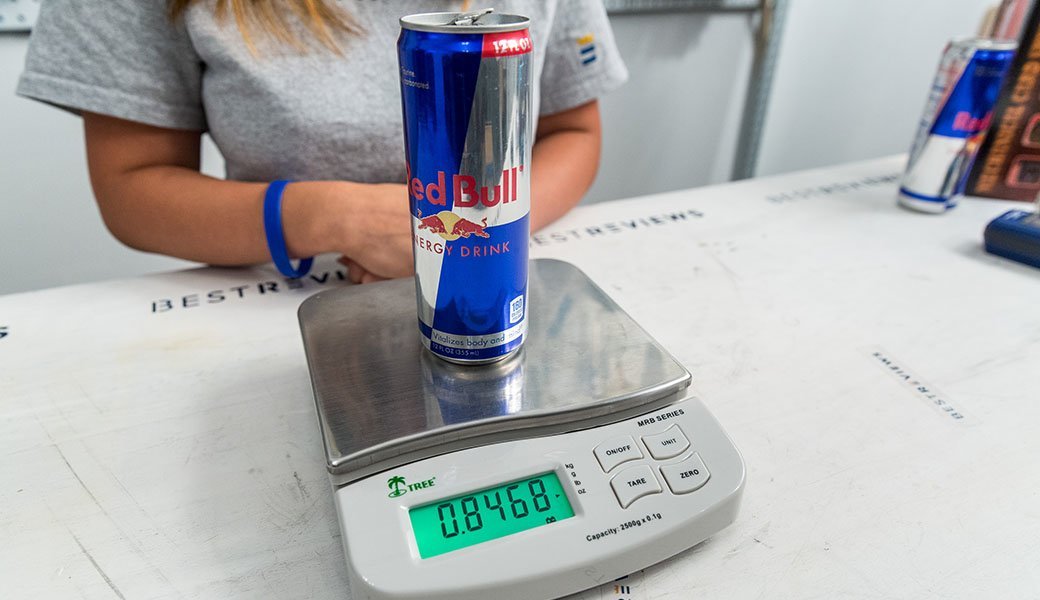 Travelers can benefit from energy drinks if they’re flying to a different time zone.

A. If you consume energy drinks in moderation, they are usually safe to drink. Try to limit yourself to just one per day. It’s important to keep an energy drink’s caffeine content in mind, and avoid consuming more than 400 milligrams a day if you’re an adult and 100 milligrams a day if you’re a teenager. However, if you have a health condition like high blood pressure or heart disease, you should consult with your doctor before consuming energy drinks.

Q. How long does it take to feel the effects of an energy drink?

A. It depends on how much caffeine the energy drink contains, how much you weigh, and what other foods and beverages you’ve recently consumed. However, it usually takes between 15 and 45 minutes for caffeine to reach peak levels in your bloodstream, so that’s when most people start to feel the energy boost.

Q. Are energy drinks effective for rehydrating during sports or exercise?

A. Unlike sports drinks, energy drinks are not formulated for rehydrating athletes during or after workouts. In fact, because they usually contain large amounts of caffeine, energy drinks are more likely to dehydrate you. If you want to rehydrate after a workout, choose a sports drink that contains electrolytes or just a bottle of water. 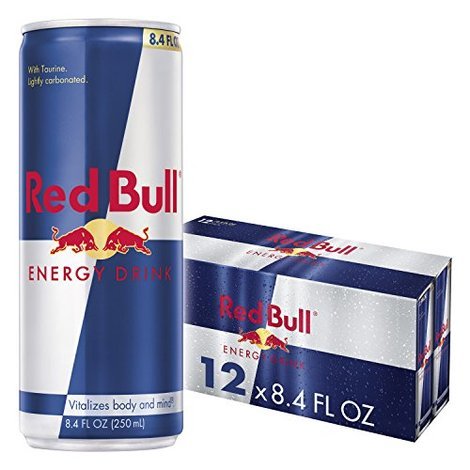 Some people prefer the taste and potency of other brands, but this is the best overall energy drink on the planet. 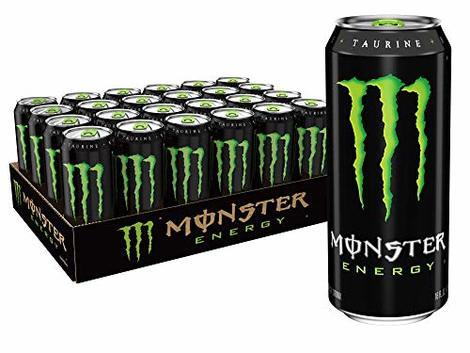 A solid alternative to many competitors and the price is more friendly than a lot of others, too. 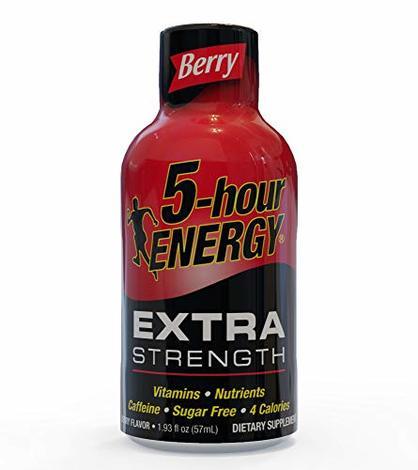 Great energy boost in a portable, concentrated shot. A bit pricey, though. Plenty of flavors to choose from and low calorie count, too. 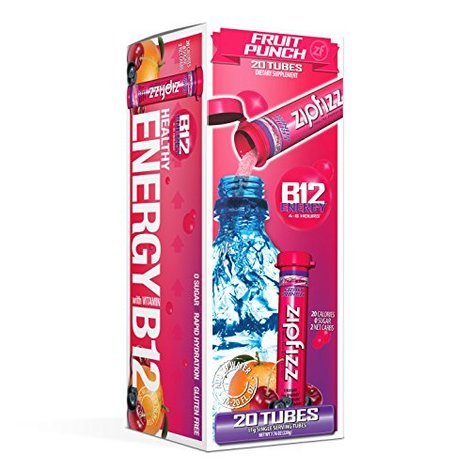 Carry one of these anywhere for a quick boost — just add to water. Low calorie count, too. 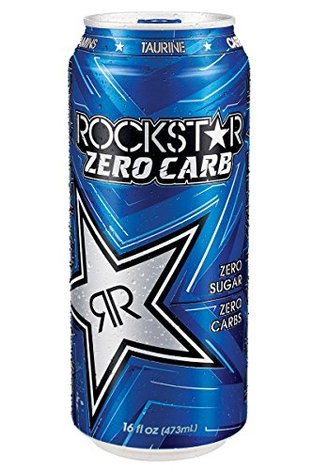 If you want a traditional energy drink that is low in calories and carbs, this is a great option.