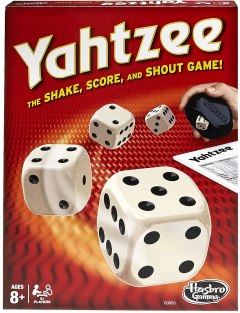 The classic game of Yahtzee is easy to teach to people of all ages.

This game comes with five dice, score sheets, and a shaker cup. The object of the game is to score the most points in two sections. In the first, players try to roll specific numbers. In the second, players aim to get poker-like rolls like straights, three-of-a-kinds, and full houses. Easy to learn, competitive, and fast-paced.

Some buyers report getting incomplete sets. 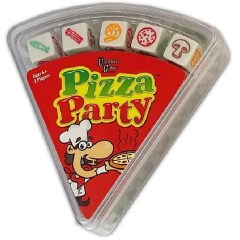 This is a fun and flavourful game that can be brought along to parties or road trips.

Set of dice displays traditional pizza toppings instead of numbers or dots. Displays pictures of anchovies, mushrooms, bacon, and more. Includes 40 slice cards and 10 dice cards. Easy to store and transport with you.

Only designed for 2 players. 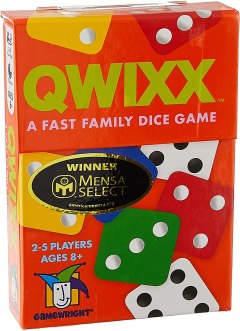 Each roll of the dice in this game affects another person's turn, making you entertained at every step.

This colourful game is easy to learn. Every turn, players roll coloured and white dice and can use the total of the white dice to cross off numbers. Requires strategy and quick thinking to play.

It doesn't take too long to go through the included scoresheet. 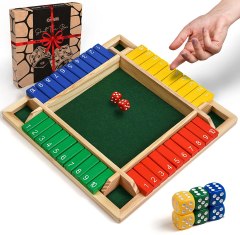 Applicable for 2, 3, or 4 players at a time, making it a great choice for family nights. Teaches children basic math principles without feeling tedious or boring. Wooden construction remains durable and long-lasting.

Arrives with several pieces that can be a hassle to set up.

Classic and traditional, this set includes all the necessities you need to play a round of Farkle.

Full set includes 6 dice, a green cup, 25 scores, rules insert, and a lightweight box to store them all together. Basic game is easy to teach and play. Users can add their own rules for further games. Fast-paced, so doesn't require a long time commitment.

Does not contain a top to keep all the dice in the cup.

Games appeal to people of all ages and interests, with excitement, competition, and strategy awaiting those who seek an engaging activity. In general, dice games are quicker and easier to learn and play than many board games.

These games use rolling dice as their central and sometimes only method of play. While there can be other components to the game, such as cards or tokens, the dice are the focal point. As such, many of these games are easy to carry with you, set up, and learn. Their simplicity also means they appeal to young players too.

Dice games take a lot of different forms, which means you have plenty of choices. There are games for kids and games for adults. Some require cunning or cooperation or simply chance. 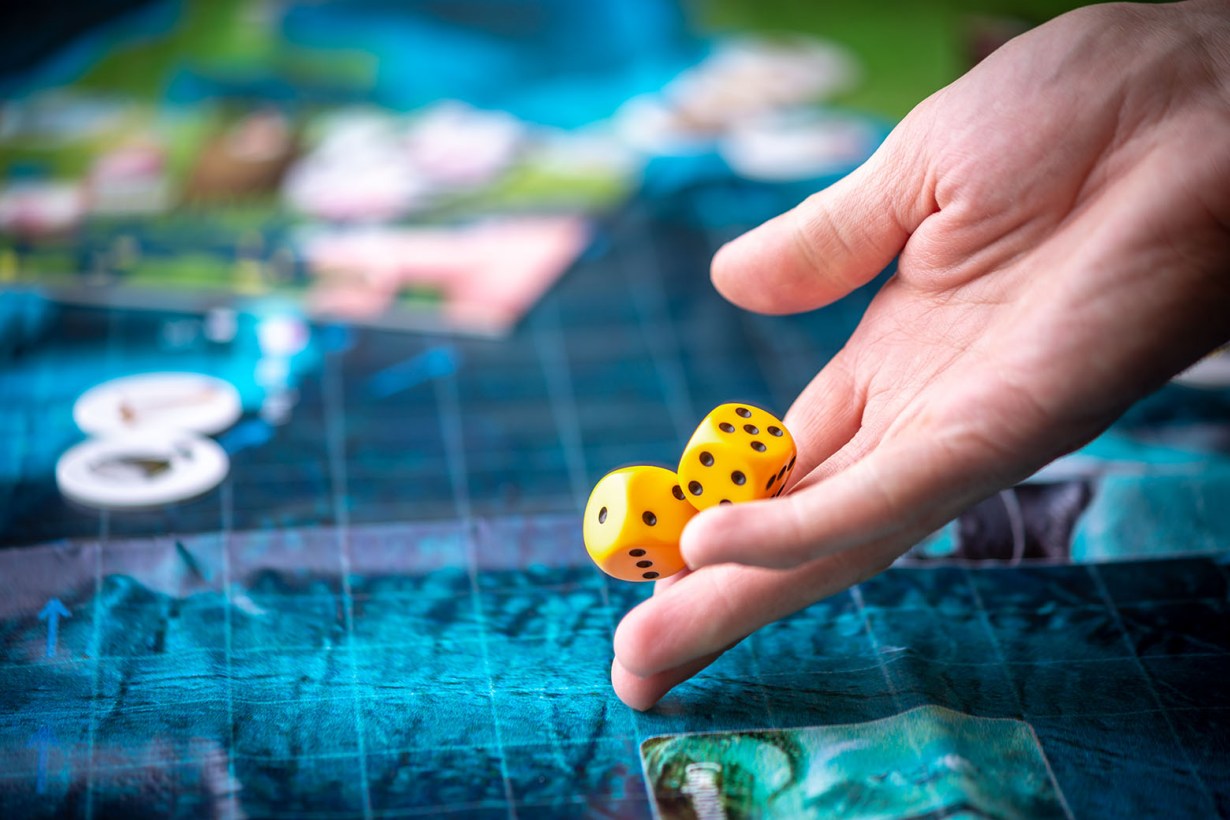 The first dice games date back thousands of years. There is evidence that dice games of both skill and luck were enjoyed in ancient India, China, and Rome.

How to buy the best dice games

Consider whether you want a simple game or something more challenging. While basic dice games almost exclusively use dice as the gameplay mechanism, others incorporate tokens, cards, a board, or other elements. These other components can make the game more involved, meaning it will take more time to set up, learn, and play.

The type of dice used also affects the game’s complexity. Most people are familiar with six-sided dice, but dice can have anywhere from a few to a hundred sides of equal size. No matter the number, all the faces have an equal chance of coming up. Plenty of these games have dice that feature signs or symbols instead of the more typical numbers or pips (dots). These are called “icon” dice, and they’re typically used in action or fighting-based games.

There are dice games for players of all ages. The simplest options are ideal for youngsters who are just starting to explore games, especially when playing with family members who can help them along. The most basic dice games, which rely to a large extent on luck, can even appeal to toddlers. There are more complex dice games for teens and adults that include additional components and incorporate strategy.

One of the appealing qualities of dice games is that many are relatively quick to play. Some basic games only take a few minutes to play. These are ideal for anyone who doesn’t have a lot of time to invest in a game, or anyone playing with young kids who may not have the attention span to play a more complicated game.

However, there are still plenty of dice games that require much more involvement, particularly those with additional components, which can last over an hour depending on the number of players.

Some dice games are designed for two players, while others allow eight players or more. There are even some dice games that one player can enjoy as a solitary activity. When considering the number of players who are likely to play at any one time, keep in mind that some games have an ideal number of players that isn’t readily apparent before you play. For example, a game’s description may indicate that it’s appropriate for two to eight players, but you might discover that it’s best enjoyed when played by four. It might take some trial and error to figure this out for the game you choose.

What features should I look for in dice games?

While basic dice games involve a great deal of luck, especially those geared toward younger players, there are plenty of games that require strategy and cunning. Teens and adults might prefer those games that require careful planning and strategic play, such as engine-building games.

These games require each player to collect certain components and build an operation that leads to the collection of bigger, more important components and takes the player one step closer to victory. Engine-building games involve more than just dice, but strategic rolling is at the core of the game.

Most role-playing games involve a board, cards, and other components. The best-known role-playing game involving dice is Dungeons & Dragons, in which unique polyhedral dice are used to battle other players, level up, and progress on a mystical quest. Like many other role-playing games, each player assumes a character that they develop over time. They may gain skills, weapons, or other perks that are necessary to succeed later in the game.

Games that play out in the same fashion each and every time offer little in the way of replay and may not be worth the investment. The best dice games have various elements that make the gameplay less predictable and allow for different paths to victory. 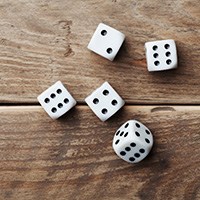 DID YOU KNOW?
Dice have either sharp or rounded edges and corners. It’s generally agreed that dice with rounded corners spin and roll a little bit longer, especially in a smaller space.
STAFF
BestReviews

How much do dice games cost?

The simplest dice games cost around $10 to $15. These typically cater to players of any age and are easy to play.

Most dice games cost between $15 and $45, with a wide range of options that allow for different numbers of players, ages, and components.

The most elaborate dice games cost over $45. These typically feature additional components and strategic gameplay.

Don’t be afraid to tweak the rules as needed. Experienced players might be able to slightly change the game to make it harder or easier to keep the experience novel and fun. 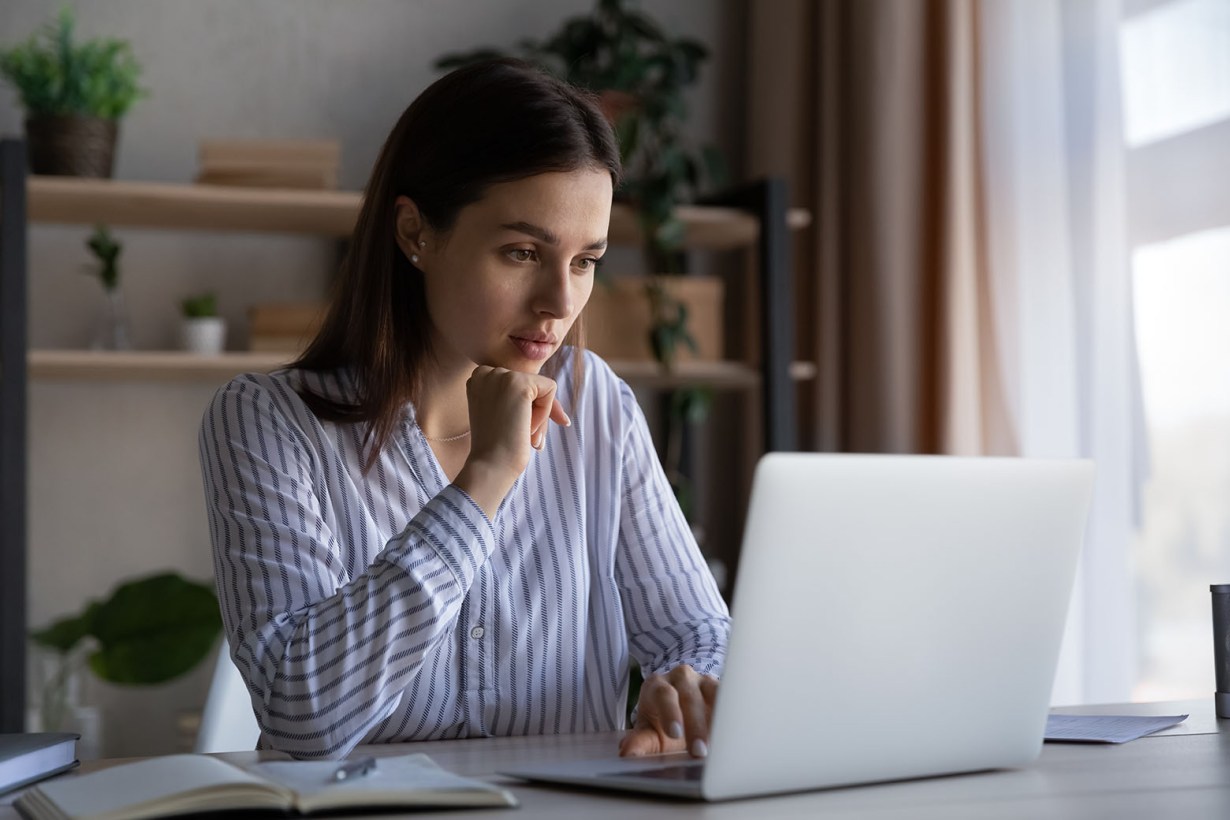 One of the best ways to determine the quality of a game is to read online reviews. These can give you information about replay and complexity.

A. Many dice games include some educational elements, with the simplest calling for counting and basic math. Probability is also at the core of dice games. Younger gamers can learn dexterity, cooperation, and patience from any number of dice games as well. Young players can also experience both winning and losing. More complex options call for planning, decision-making, and strategy. Some dice games require that players cooperate, while others involve both cooperation and competition.

Q. Do dice games have themes or genres?

A. Dice games can include storytelling components, characters from popular culture, or unique themes and settings. There are plenty of games that incorporate a fantasy element with mystical creatures or medieval settings that follow a narrative. History and science fiction play large roles in dice games as well, particularly engine-building games. Often players are tasked with building a colony, civilization, or city sometime in the distant past or future. Licensed dice games might feature characters and settings from popular movies, comic books, or franchises, such as Star Wars or Harry Potter.

Q. What’s the difference between a dice game and a board game?

A. A dice game incorporates rolling dice as a main component of play and as a means to move through and win a game. Board games involve a physical board, though some people use the term loosely to describe any game that doesn’t involve electronics. Some dice games can be considered board games, but many board games don’t use dice at all but instead involve cards, tokens, or spinners. 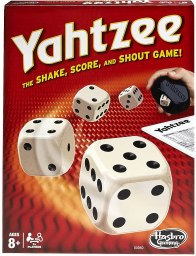 Best of the Best
Hasbro
Yahtzee
Bottom Line
The classic game of Yahtzee is easy to teach to people of all ages.
Shop Now 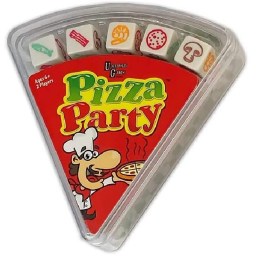 Best Bang for the Buck
University Games
Dicecapades Pizza Game
Bottom Line
This is a fun and flavourful game that can be brought along to parties or road trips.
Shop Now 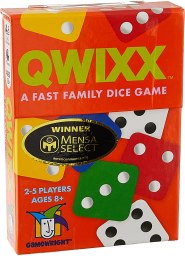 Top Pick
Gamewright
QWIXX
Bottom Line
Each roll of the dice in this game affects another person's turn, making you entertained at every step.
Shop Now 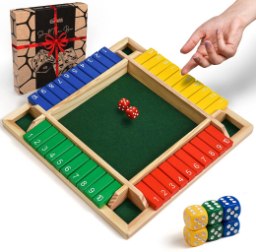 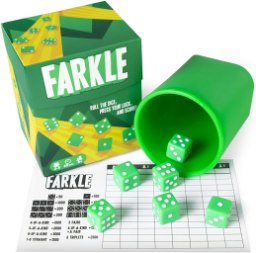 Top Pick
Brybelly
Farkle
Bottom Line
Classic and traditional, this set includes all the necessities you need to play a round of Farkle.
Shop Now 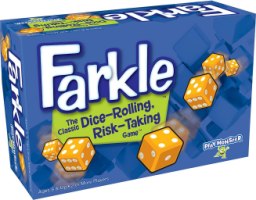 Top Pick
PlayMonster
Farkle
Bottom Line
Players who enjoy some risk with their fun will like this dice game.
Shop Now 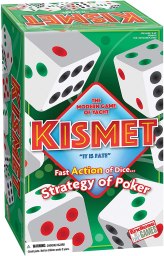 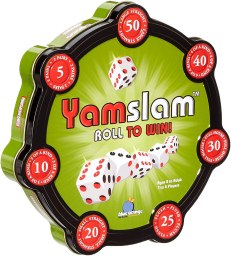 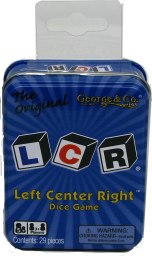