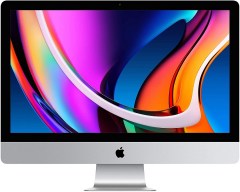 The iMac is a fairly pricey machine. 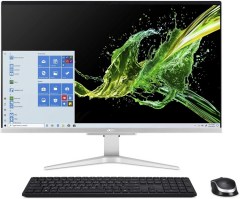 The versatility, efficient design, and small footprint of the Aspire C 27 make it a top choice for anyone with limited desktop space.

A space-saving, all-in-one desktop PC. Has a full HD monitor and a wide array of ports. Features thin bezels and an easily adjustable display. Lightning-fast WiFi connection. Made in a slim design. Includes wireless keyboard.

Its bundled mouse is not particularly impressive. 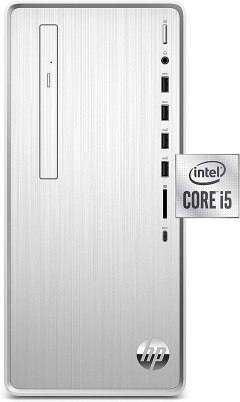 A high-end desktop PC that easily handles visually impressive VR games, and is simple to future-proof with upgrades. 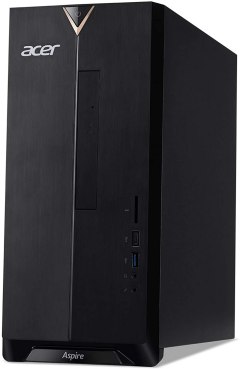 Its keyboard is mediocre. 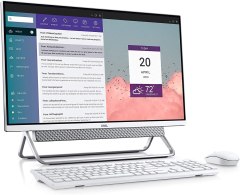 This jack-of-all-trades desktop is good for families who need a PC for homework, research, gaming, or running multiple apps at once.

Laptops and mobile devices may be all the rage these days, but there are times when nothing but a proper desktop computer will do. Whether you’re a hardcore PC gamer, a work-from-home warrior, or a once-in-a-while user, a desktop computer is the perfect way to get peak performance at a fraction of the cost of an equivalent laptop.

Desktop computers come in all shapes and sizes. Plenty of people love the traditional tower design of larger machines, which are big enough to fit the latest and greatest components available, while others much prefer inexpensive microcomputers like the Raspberry Pi, which are still powerful enough for everyday use.

The sheer variety of desktop computers available can make finding the right one a challenge, but the good news is that you can find a just-right machine no matter what your needs or budget. Here’s everything you need to know to find the perfect desktop computer for you, including a few of our favorites. 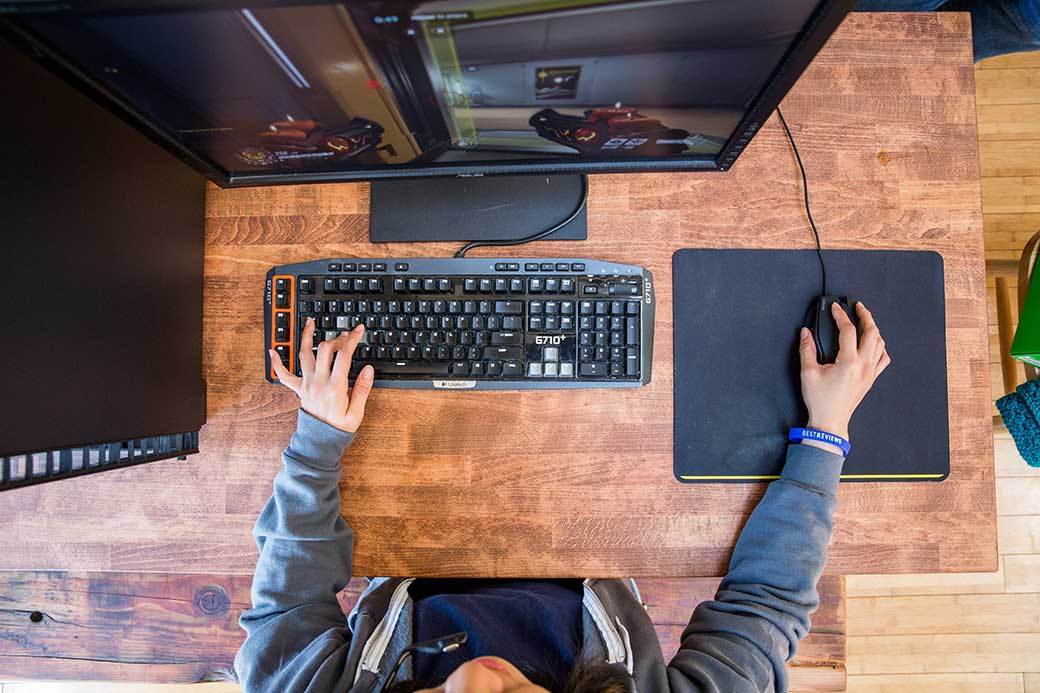 Compare warranties. Most last at least a year, but in some cases they can be as short as 90 days. While it’s unlikely that anything major will go wrong with your computer within the warranty period, we’re still big fans of peace of mind. Don’t settle for a computer with a warranty that’s too short.

It’s easy to get lost in the desktop computer market, so start with these questions to help narrow your search.

The first thing to know before you buy a desktop computer is which operating system — the interface that controls how you interact with programs and features — you want to use. Windows and MacOS are the most popular, although both ChromeOS and Linux are quickly gaining popularity. The operating system you want is a personal choice, so spend some time watching videos that explore the different interfaces before you decide. Don’t be afraid to try out an operating system you’ve never used before. They're easy to learn, and they all include tutorials to help you get started.

Are you a gamer?

If you’re looking for a desktop computer specifically for playing video games, you’ll need to limit your search to gaming computers. Gaming computers are built for the task, so they include things like powerful video cards, mechanical keyboards, and multiple ventilation options.

Will you be using your computer for intense tasks (like editing videos) or casual tasks (like web browsing)?

Spend some time thinking about all the things you want to do with your desktop computer. If you foresee doing a lot of processor-intensive work with it like editing audio or video, you’ll want a computer that’s powerful enough to handle everything. On the other hand, if most of your interactions take place in a web browser, or if you mainly plan on using your computer with software like Microsoft Office, you don’t need to overspend and get a super powerful machine. The more powerful the machine, the more you’ll spend.

While there’s a wide variety of form factors for desktop computers, they all have the same internal components. Pay the closest attention to these specs:

CPU: The central processing unit is the heart of your computer, the part that processes every bit of data and governs how fast a machine is. It also plays a big role in the overall cost: machines with the fastest processors are always the most expensive.

RAM: Random-access memory is memory that your computer uses to perform multiple tasks simultaneously. The more RAM the better — it can make a big difference. We recommend a minimum of 8 GB of RAM on standard computers, and 2 GB of RAM on microcomputers.

File storage: File storage devices like hard disk drives (HDD) and solid-state drives (SSD) for storing your data and system files. Onboard file storage can range from 16 GB to 2 TB. We recommend getting a desktop computer with a minimum of 256 GB of available file storage. It goes quickly, and the operating system itself typically requires a decent amount of storage space.

"For a truly uncluttered look, buy a small form factor computer and mount it behind your monitor. Many smaller computers, such as the Raspberry Pi, work with kits that allow you to install your computer out of sight while still being able to take advantage of all of its features."
STAFF
BestReviews

Inexpensive: Between $30 and $100, you’ll find a lot of good desktop microcomputers (like the Raspberry Pi), as well as computer sticks (computers about the size of a pack of gum that plug directly into monitors). If you just need a desktop computer for web browsing and basic tasks like word processing, a computer in this price range will definitely work. If you’re looking for a more powerful computer with plenty of file storage, or you want a machine that runs Windows or MacOS, you’ll need to spend a little more.

Mid-range: Between $300 and $800, you’ll encounter budget machines that are good middle-of-the-road options. Desktop computers on the low end of this price range meet modern standards for speed and power, but often just barely. Expect to see a lot of last-generation processors and machines with smaller hard drives at these price points. If you’re looking for a machine that only needs to last a few years, this is the price range to keep in mind.

Expensive: Between $800 and $2,000, you’ll see the desktop computers that are the cream of the crop. Machines in this price range don’t cut any corners: fast processors, ample RAM, plenty of storage, and quality accessories. If you’re looking to invest in a desktop computer for the long term, or you just want the best computer out there, there’s no avoiding it — it’s going to be expensive. 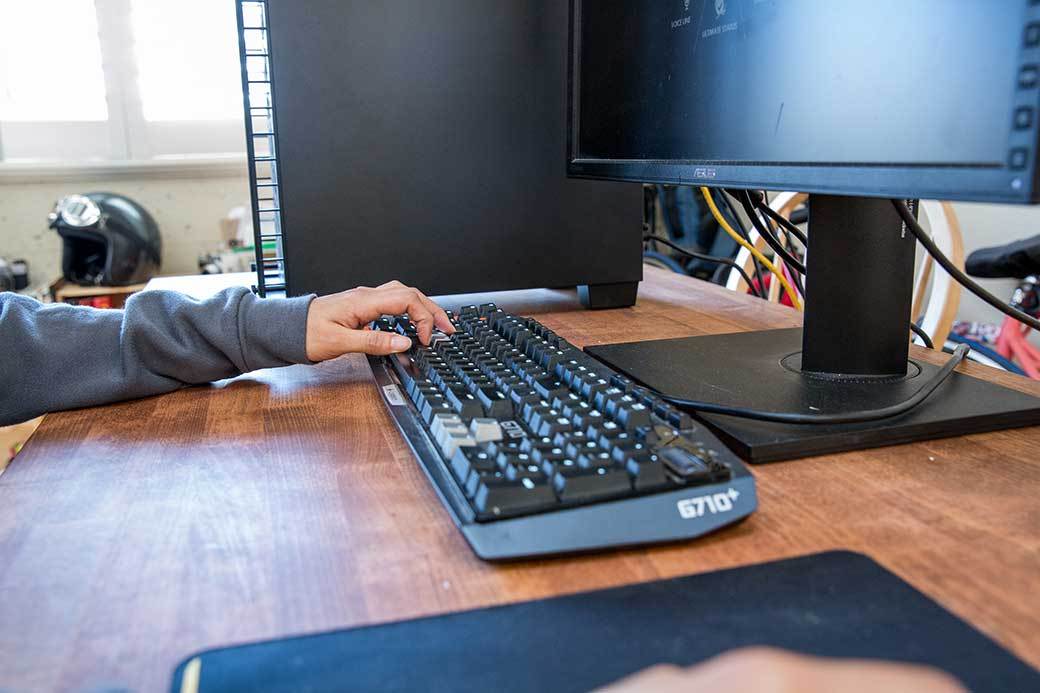 If you’re buying a Windows-based desktop computer, consult with an expert to see about removing “bloatware,” manufacturer-installed software that can create security risks for your machine. Don’t delete applications or files yourself unless you know what you’re doing; some mistakes can render a computer unusable!

Q. Some computers require HDMI cables for video while others say they need displayPort cables. What are the differences, and which is better?
A.
Both HDMI and displayPort are standard industry cables for connecting video sources (like a computer or a streaming box) to monitors and TVs. There are a few differences that will matter in specific scenarios; for example, HDMI can carry both audio and video, which is great in home theater situations, and displayPort cables can be used to daisy-chain multiple monitors. Most monitors support both HDMI and displayPort. If you’re buying a desktop computer for basic home use, either cable will be fine.

Q. How hard is it to learn to use Linux on a desktop computer?
A. Learning Linux can be easy and fun if you pick the right version. There are dozens of variants of Linux, often referred to as “distributions,” or “distros,” and many are aimed at first-time users (they even mimic the look and feel of other operating systems like Windows and MacOS). If you’re new to Linux, we recommend using either Mint Linux or Ubuntu Linux, both of which do a fantastic job at providing easy-to-use interfaces and applications.

Q. Do desktop computers come with speakers?
A. Not usually. Many desktop computers include a mouse and a keyboard, but that’s usually about it when it comes to accessories. That’s not a bad thing — in many cases when manufacturers do include speakers with their computers, the sound quality is subpar. To help your computer sound as good as it can, pick up a pair of computer speakers or headphones. 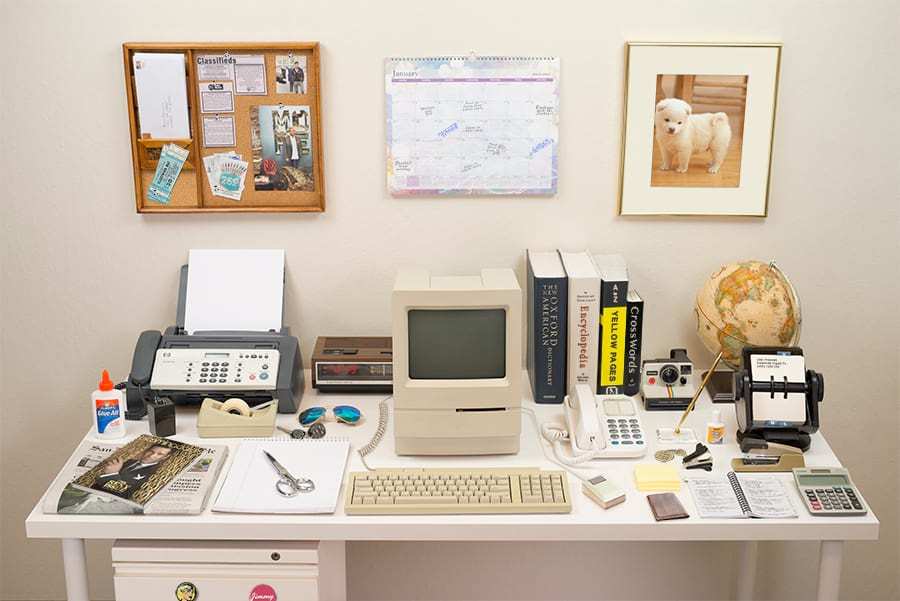 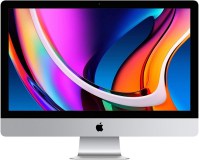 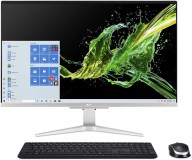 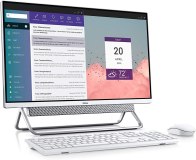 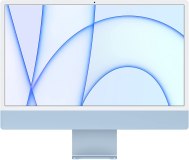 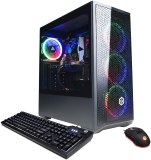 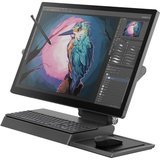 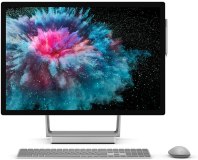 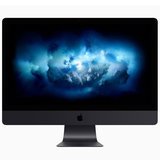 Corsair
ONE PRO a200
Shop Now