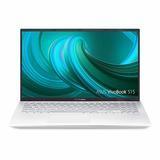 This laptop looks great, but it also gives you a high level of performance that’s appropriate for almost any kind of work you need to do.

With an Intel Core i7 processor, this laptop has plenty of processing power. Gives you quite a bit of storage space with both a large SSD and HDD. Reasonable price.

May run hot during long sessions. Battery life could be better. 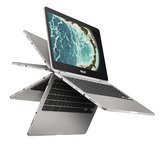 A solid and affordable basic laptop for the casual user who needs web browsing and apps to do word processing.

Solid outer case with excellent performance from the processor and good memory capacity for most users. Fast boot and wake times are impressive when added to the 10-11 hr. battery life.

The touch pad doesn't provide a smooth experience – stutters if your fingers are moist.

For web browsing and using apps, the Chromebook is hard to beat. An inexpensive model for those who need the basics on the go.

Portable and lightweight, this sleek Chromebook can travel anywhere. Quad core brings good speed when coupled with excellent battery life. A pleasure to use.

Speakers are located underneath, muffling the sound. 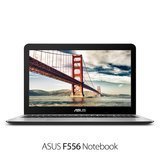 An upper-range budget laptop that doesn't skimp on the features. A good pick for those who make high demands on their laptop but have a limited budget.

It has all the latest connectivity options: WiFi, Bluetooth, USB 3.0, USB-C. Enough power and memory for Photoshop and Lightroom. Excellent cooling system that works even under heavy use. 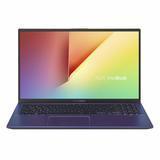 Not the most powerful laptop in the ASUS lineup, but its beautiful 15.6-inch wide view display is definitely going to grab your attention.

Nice price point for a laptop with such a large screen. Has both an HDD and SSD for storage. Extremely thin design that you can carry anywhere.

Processor could be more powerful. Longevity is a question mark.

Along with the likes of Dell, Hewlett Packard, and Microsoft, computer hardware manufacturer ASUS has made a name for itself by bringing high-quality, well-designed laptops to market at prices that make their competitors nervous.

Whether you want your next laptop to be a workhorse or just a casual machine for browsing the web, our shopping guide will help you find the ASUS laptop that’s right for you.

At BestReviews, we believe in providing completely unbiased reviews for our readers. That means we never accept any money, consideration, or compensation from product manufacturers, and we pay for every product we test ourselves.

Read on for our full guide to Asus laptops to discover which one will best fit your requirements. Then, when you're ready to buy, head to the top of the page to see our five favorites. 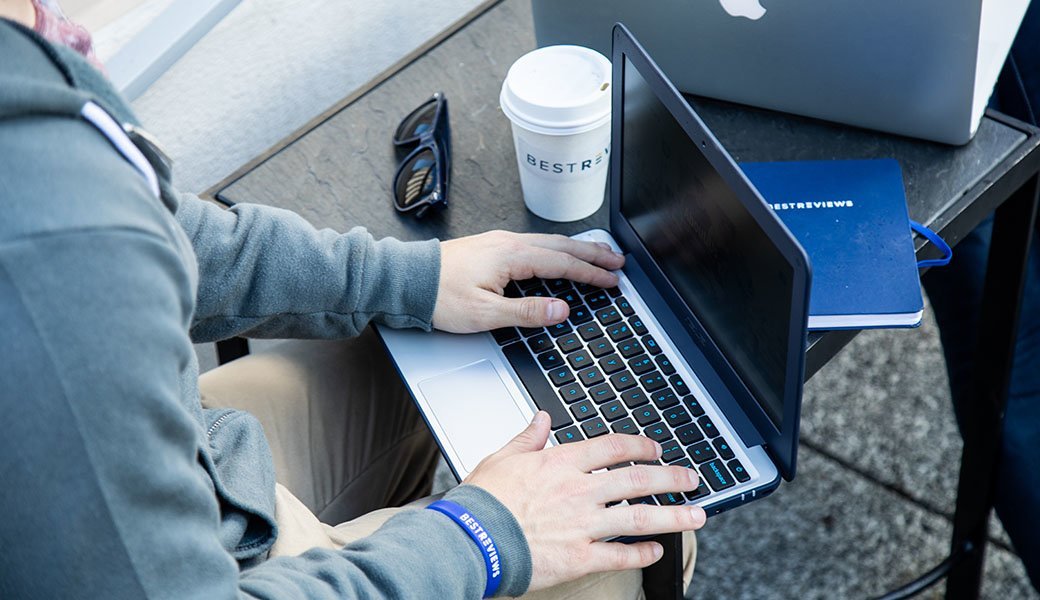 ASUS was named after Pegasus, the winged horse from Greek mythology.

ASUS tailors its laptops to the most common ways people use them. As you begin shopping, consider which category best matches your needs.

ASUS is famous for quality hardware, but their customer support gets mixed reviews. If you often find yourself in need of tech support, you might want to seek out a local ASUS expert.

Some ASUS laptops do double-duty as bulky but functional tablets. In the two-in-one ASUS, the screen is typically on a hinge or swivel that allows it to fold over the keyboard.

While the traditional mouse-and-keyboard approach is great for “lean-forward” computer work that involves typing or lots of clicking, using your ASUS laptop in tablet mode is ideal for “lean-back” activities like watching a movie.

If you expect to use your laptop for both kinds of activities, get a two-in-one. If you’re certain you won’t use the tablet functionality, you can save money – typically a few hundred dollars – by buying a laptop that isn’t a two-in-one.

If a laptop is too much for your needs, consider an ASUS tablet; just be aware that almost all of them run Google’s Android operating system.

This turns Google’s Chrome web browser into an entire operating system, complete with the ability to run apps found in the Google Play store. Backed by Google’s world-class, cloud-based software suite (including Google’s Search, Docs, Sheets, and Hangouts, among others), Chrome OS is a better choice for those who live their lives in the cloud (or aspire to).

This is ideal for gamers and anyone who has already invested in Windows-based software. It runs full-fledged applications, not just web- or cloud-based apps. Windows also brings the benefit of familiarity.

Many people have been using Windows for years and prefer a laptop OS that doesn’t require a learning curve.

Keep in mind, however, that Windows consumes a lot more battery life than Chrome, which means a Windows-based laptop requires more frequent recharging.

While no computer is immune to viruses, malware, or external threats, Chrome OS is considered one of the most secure operating systems, thanks to Google’s frequent updates and the fact that it has fewer vulnerability points than Windows. If you keep sensitive data on your laptop, a Chrome OS-based laptop may be the better option.

ASUS primarily adheres to industry norms when it comes to screen size. Displays are 11.6, 13.3, and 15.6 inches in size.

As you’re deciding what the right size screen is for you, consider the following:

A laptop screen size is the distance between two diagonal corners. But a bigger screen doesn’t always mean higher resolution. When comparing ASUS laptops, check the resolution of each model so you get the amount of screen real estate that you want. Resolution starts at Full HD (1920 x 1080) and goes all the way up to Ultra HD, also known as 4K (3840 x 2160).

In the crowded laptop market, ASUS stands out by consistently producing high-quality computer hardware while maintaining some of the lowest prices available. While they often get mistaken for other budget brands like Acer, ASUS laptops have more in common with the major players than they do with “bargain basement” brands.

If neither of these price ranges is ideal for you, consider looking into older models. ASUS regularly discounts the previous year’s laptops when a new model becomes available.

Most ASUS laptops for the budget market cost $500 or less. They are commonly built with Chrome OS and equipped with just the basics.

ASUS laptops that feature faster processors and run Microsoft Windows usually start around $999 and can get as expensive as $1,300. This is still more affordable than most of the competition.

ASUS also sells refurbished laptops from their website. If you’re looking for a discount or don’t mind buying hardware that’s a year or two old, a refurbished ASUS laptop might be a good option.

Before buying an ASUS laptop, familiarize yourself with these tips. 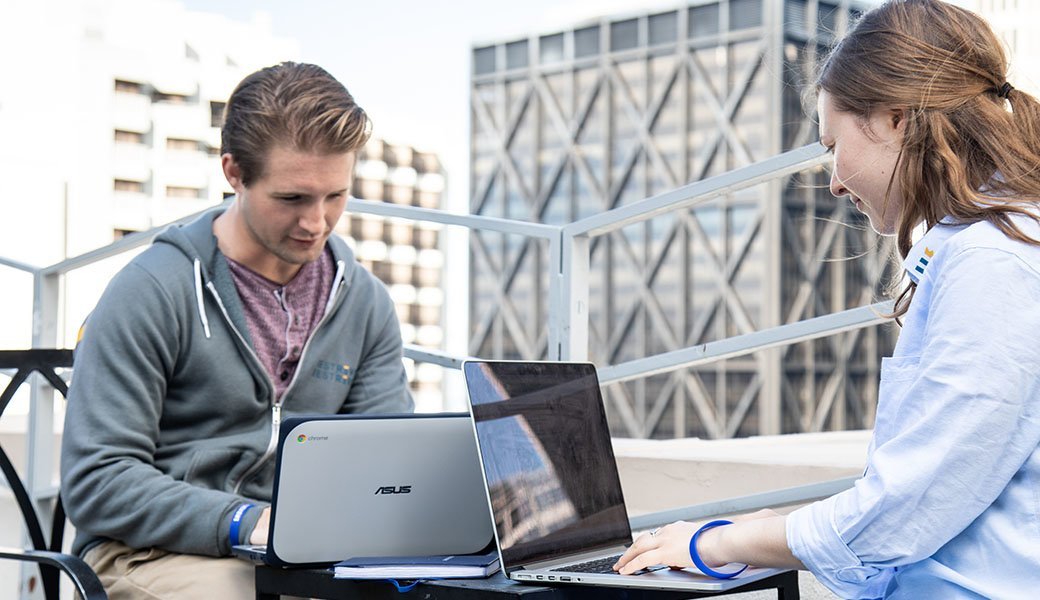 Although ASUS is most commonly known for its laptop and desktop computers, the company also manufactures dozens of other tech products, including wireless routers, rack mount servers, monitors, and smartphones.

Q. Can I run Microsoft Word, Excel, or PowerPoint on a Chromebook?

A. Microsoft’s current version of their Office suite of software products is Office Online – web-based versions of applications like Word, Excel, PowerPoint, and OneNote. Office Online is fully compatible with Chrome OS and can be downloaded from the Google Play Store.

Q. If I’m an avid gamer, should I buy a laptop or a desktop computer?

A. Both are good choices for any computer gamer. Keep in mind that while a desktop can theoretically run a faster processor and be upgraded more easily, a laptop is portable and holds more of its resale value. Because laptops require smaller CPUs, they are often a generation or two behind the fastest available desktop processors.

Q. What upgrades can I make to an ASUS laptop?

A. Some ASUS models allow users to easily upgrade the RAM and, in some cases, the hard drive. Before beginning any upgrades, check the user manual to make certain they’re supported. Some changes will void the warranty or permanently damage the laptop.

Q. Can I install Microsoft Windows on a Chromebook?

A. Officially, Chromebooks don’t support the installation of a third-party operating system such as Microsoft Windows, Linux, or Mac OS X. Some users have found workarounds and successfully installed other operating systems, but doing so requires a decent amount of technical knowhow, and it definitely voids the laptop’s warranty.

Other Products We Considered
The BestReviews editorial team researches hundreds of products based on consumer reviews, brand quality, and value. We then choose a shorter list for in-depth research and testing before finalizing our top picks. These are the products we considered that ultimately didn't make our top 5.
ASUS
ZenBook 13 Ultra-Slim Laptop
ASUS
FHD Gaming Laptop
ASUS
TUF FX505DT Gaming Laptop
ASUS
ROG Strix G (17.3-Inch)
ASUS
Chromebook C425 Clamshell Laptop (14-Inch)
The team that worked on this review
WizardWidget
× 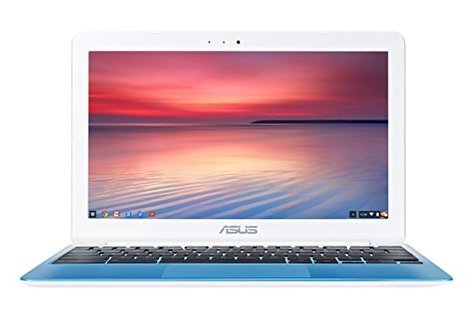 For web browsing and using apps, the Chromebook is hard to beat. An inexpensive model for those who need the basics on the go. 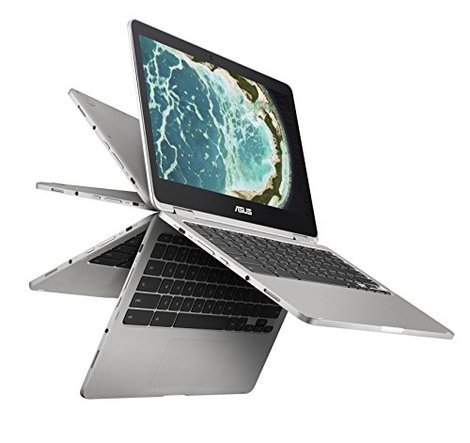 A solid and affordable basic laptop for the casual user who needs web browsing and apps to do word processing. 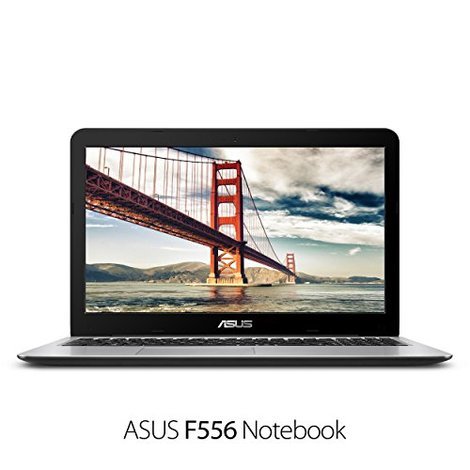 An upper-range budget laptop that doesn't skimp on the features. A good pick for those who make high demands on their laptop but have a limited budget. 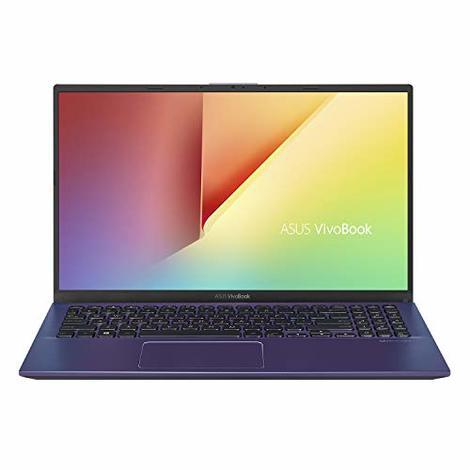 Not the most powerful laptop in the ASUS lineup, but its beautiful 15.6-inch wide view display is definitely going to grab your attention. 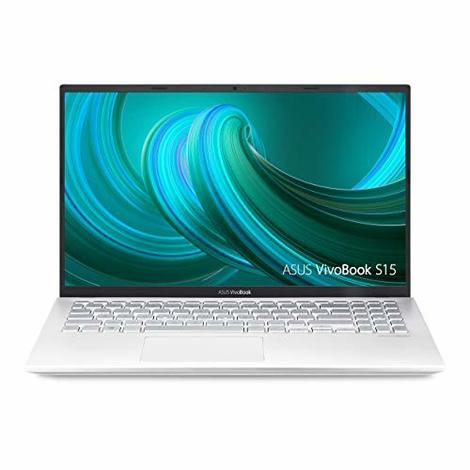 This laptop looks great, but it also gives you a high level of performance that’s appropriate for almost any kind of work you need to do.