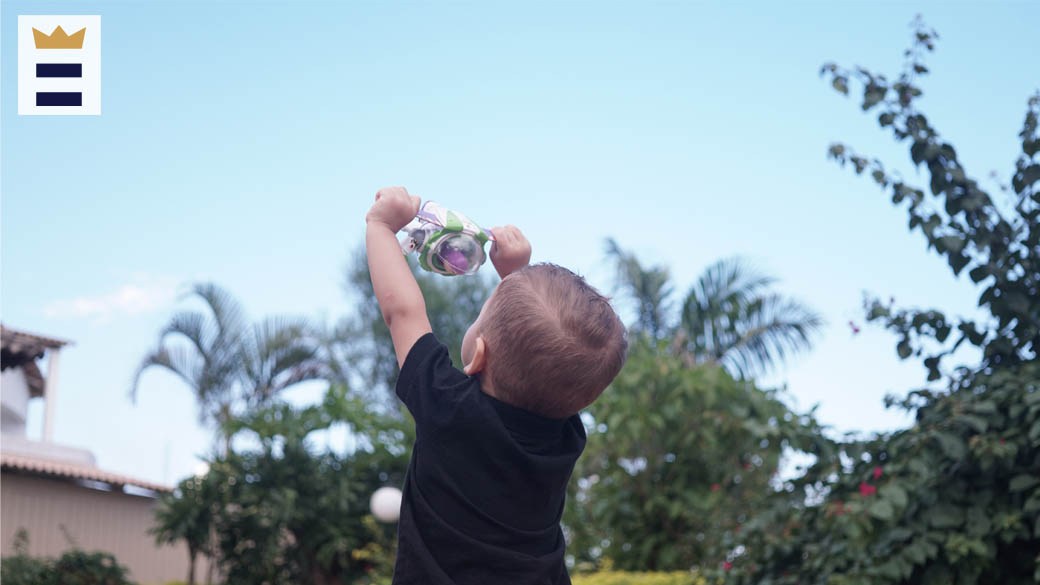 “Toy Story” may have been released in 1995, but it remains as culturally relevant as ever before. After all, what’s not to love about a band of toys with secret adventures when their owner isn’t looking? And now you can have your own set of “Toy Story” toys.

The best Toy Story Funko POP! that you can buy right now is the Funko Pop Disney: "Toy Story" Buzz New Pose Action Figure. While Woody may be the main character, Buzz is about to get his own spinoff movie called “Lightyear,” making this a timely purchase.

What to know before you buy a Toy Story Funko POP!

A story about toys

If you’re not familiar with "Toy Story," here’s a quick recap. The movies are set in a world where toys are living things with thoughts, feelings and the ability to speak, but only when humans aren’t around. The movies start with Woody, a drawstring cowboy doll, and his band of friends as they welcome a new superhero, Buzz Lightyear. The two fail to get along and are eventually separated from their owner, Andy, and must work together to get back home. Each film follows a similar premise where the toys are separated from their owner and they must find their way back.

Not quite a bobblehead

Almost all Funko POP! toys resemble bobbleheads. They come with an oversized head, circular eyes and a miniature body, but they are all simply static figures. There are a few exceptions, such as with the “Star Wars” line of figures as well as a few of the Marvel figures. There are also spinoff lines, such as a collaboration with Minecraft, where the figures have a more blocky art style.

Keep in mind that if you are planning on having your Funko POP! figure shipped, you are taking a small gamble with the shipping process. Funko POP! figures are stored in a box made of card and plastic, which can easily be bent out of shape and don’t do the greatest job to protect your figurine. Keep this in mind, particularly if you are purchasing with other items or if you have a stylistically complex figure.

What to look for in a quality Toy Story Funko POP!

One of Funko’s greatest strengths, besides its countless partnerships with household brands and IPs, is the detail put into each figure. Sure, the figures themselves may be relatively simple, but if you’re a fan of the show or movie, you’ll notice a few details that others may have missed. For example, Buzz has individually painted buttons on his armor, while Woody has his lasso.

Even though Funko POP! boxes may not protect your figure from significant damage, they are still worth having around for two important reasons. The first is to give your figure the bare minimum of protection. Although it won’t stop a major puncture, it can still withstand a couple scratches and drops. The second is to help it maintain its condition and, consequently, its value in the coming years.

Don’t be fooled by other third-party brands attempting to sell bobbleheads or lookalikes. Although the silhouette may be similar, it won’t have the same level of detail or quality. Always check for the official logos for Funko (written in cursive, blue font), POP! (with comic style font in a speech bubble) and, in this case, the "Toy Story" logo. This will ensure your merchandise is official.

How much you can expect to spend on a Toy Story Funko POP!

"Toy Story" Funko POP! can range anywhere between $12, which is the usual retail price, and go up to $30 for rarer or more popular figures.

Do these figures have any functions or sounds?

A. Although some figures may light up or play a sound when turned on, the "Toy Story" figures are totally static.

Do the Toy Story Funko POP! figures have “ANDY” written under the boot?

A. Die-hard "Toy Story" fans may be disappointed to learn that “ANDY” is not written under the toys’ shoes.

What you need to know: Have your very own figure of Buzz Lightyear, complete with his suit and his glass helmet raised.

What you’ll love: Tiny details about this figure bring it to life, such as Buzz’s expression and the remote control on his arm.

What you should consider: His visor does not open up, so you cannot get a closer look at his head.

What you need to know: One of the unexpected favorites from "Toy Story 4” was Forky, a toy created by Bonnie and now recreated by Funko.

What you’ll love: Forky resembles his movie counterpart in great detail, right down to the texture of his pipe cleaner arms.

What you should consider: A younger child wanting to play with this figure may accidentally break it, as it is slightly more brittle compared to traditional Funko figures.

What you need to know: You simply cannot have a complete "Toy Story" Funko POP! collection without Woody himself!

What you’ll love: Woody is twirling a lasso in mid-air, which is perfectly captured with this figure.

What you should consider: The box is still relatively brittle and won’t protect the figure properly if not bubble-wrapped.

Leo Herrera-Lim writes for BestReviews. BestReviews has helped millions of consumers simplify their purchasing decisions, saving them time and money.