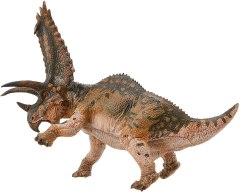 A must-have for enthusiasts of all ages, especially if you are looking for unusual species like pentaceratops or cryolophosaurus.

Some species are much pricier than others. 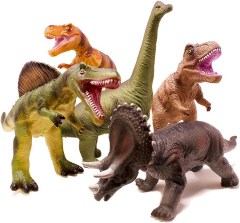 If you’re looking for the ultimate gift for a young fanatic, you can’t beat the variety, sturdiness, and fun factor of this option.

Set of 5. Made of flexible, soft plastic. Durable, yet a little squishy. Includes triceratops, T-rex, spinosaurus, brachiosaurus, and gigantosaurus.

No points of articulation. 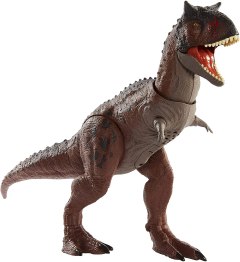 This scary-looking carnotaurus looks like it stomped right out of Jurassic World, and kids will appreciate the many points of articulation for lifelike playtime. 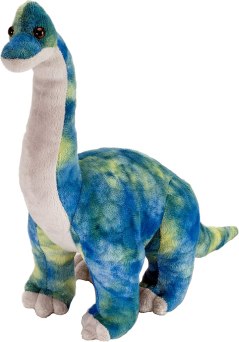 If you're looking for a cuddly and sweet friend for long car rides or bedtime, these Wild Republic plushies are a top option. 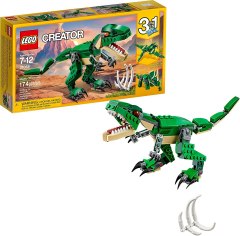 Choose between building one of 3 cool-looking LEGO models.

You can only assemble 1 model at a time.

Every child — boy or girl — goes through the dinosaur phase. Some kids don’t outgrow it at all and end up pursuing careers in paleontology or zoology later in life. While being a Velociraptor trainer isn’t a career yet, you can invest in dinosaur toys now to keep your kid’s interest piqued.

Dinosaur toys are exciting, educational, ferocious, and sometimes cute. There’s quite a bit of diversity out there in terms of toy type, not to mention the variety in dinosaurs. Enjoy a toothy T-Rex figurine or snuggle up with a plush Stegosaurus. Even if you end up with a nondescript dinosaur toy, at the very least you’re indulging your child with a toy that encourages open-ended and imaginative play. 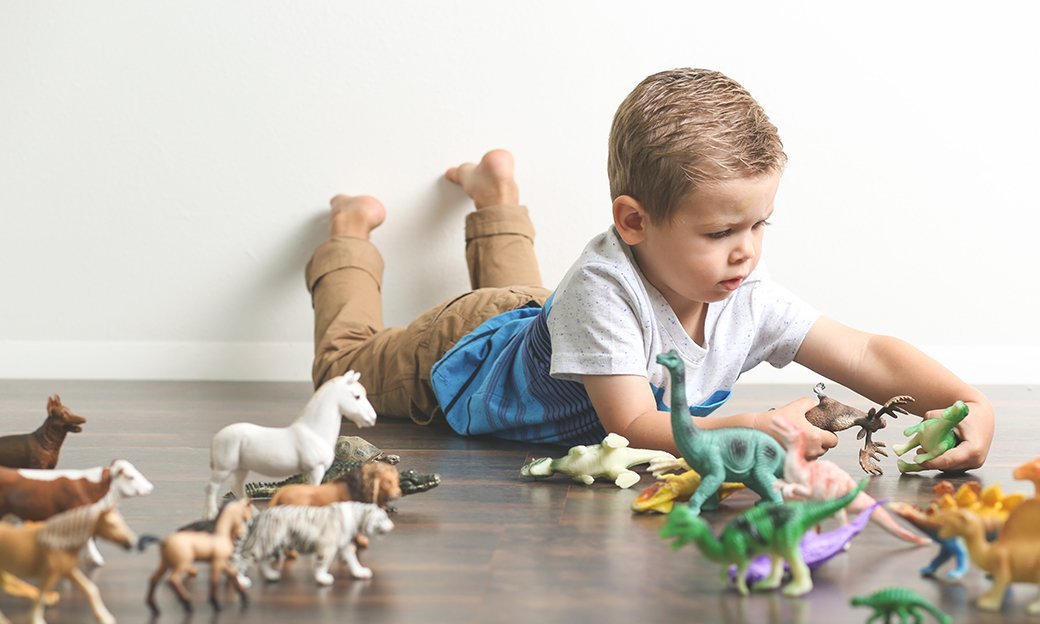 Some dinosaur toys made for infants through three years old are made of BPA-free, nontoxic, food-grade plastic. Check the packaging or manufacturer’s website for more details.

Dinosaur toys are made for infants through adolescents. Because some dinosaur toys have teeth, claws, and hard physical features, it’s important to pay attention to the toy’s intended age range for play. Generally speaking, the younger the intended age, the more likely you’ll find dinosaurs with soft features and rounded edges.

If you’re thinking about getting a dinosaur toy, it’s probably because your kid has already expressed interest in the creatures. To select the most appealing toy, try to find their favorite dinosaur. T-Rex, Brontosaurus, and Triceratops, for example, are some of the most popular dinosaurs. If a movie sparked their interest in dinosaurs, opt for a popular character from the film.

There are some dinosaur toys available with accurate or realistic details. These are sometimes classified as educational tools are used in science classes. These dinosaur toys are often textured and finely painted; they’re created to be as true to life as possible, or at least what scientists believe they looked like.

Dinosaur figurines can be as diminutive as a couple of inches or as tall as a couple of feet. Figurines often come in sets, either with multiple dinosaurs or with a variety of accessories. They’re usually made from hard plastic or rubber, and of all the dinosaur toys these have the most detailed and realistic features.

Luckily for you, these prehistoric critters don’t bite — but if you choose an interactive dinosaur toy, they might snarl back. Simpler versions of these toys produce sound effects when squeezed, whereas more complex dinosaur toys can respond to voice commands.

If you’re looking for a ferocious beast on the softer side, choose a dinosaur plushie. These toys are soft enough for kids to fall asleep with, and some even double as pillows. Sets of dinosaur plushies are also common, which can also come with a dedicated case.

Bring a dinosaur to life with building sets from Playmobil or LEGO Creator. In some sets, you can build a dinosaur from the ground up. In others, you can build the setting or enclosure for dinosaur figurines. These sets are generally intended for kids ages eight and up because they have smaller pieces and require skill to assemble. 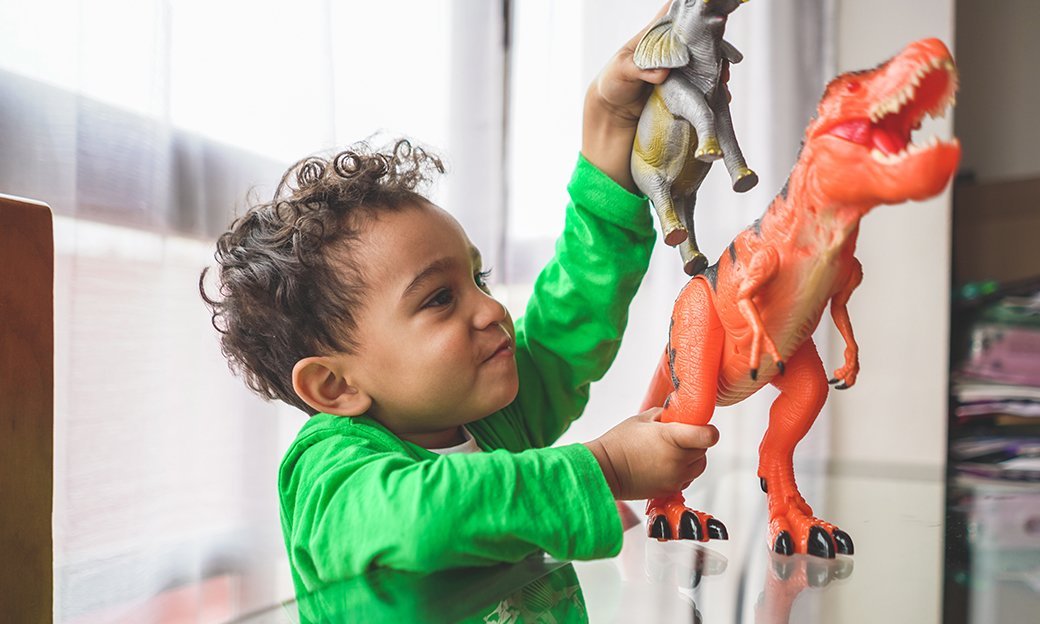 Q. Won’t my kids be afraid of how ferocious some dinosaur toys appear?

A. It depends on how comfortable your kid is with scary creatures. If big teeth and claws are intimidating, stick to dinosaur toys with friendly faces with smiles and softer features. Softer dinosaur toys, such as plushies, also tone down the ferocity with felt teeth or claws.

A. Some dinosaur toys are more focused on educational benefits, such as those packaged with information cards or trivia games. Other dinosaur toys, such as simple figurines, are geared more toward enjoyable, open-ended play and may not have accurate or well-defined features.

A. It’s hard to predict which toys will be valuable and collectible one day. While some original Land Before Time and Jurassic Park memorabilia is worth money today, it’s not the greatest predictor as to which dinosaur toys will be valuable tomorrow. With that said, there’s a market and a collector for everything, so do your research online if you want the insider scoop. 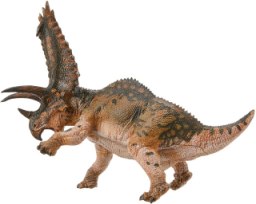 Best of the Best
Papo
Pentaceratops Figurine
Bottom Line
A must-have for enthusiasts of all ages, especially if you are looking for unusual species like pentaceratops or cryolophosaurus.
Shop Now 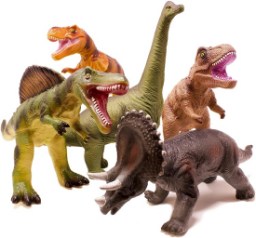 Best Bang for the Buck
Boley
5-Piece Jumbo Dinosaur Set
Bottom Line
If you’re looking for the ultimate gift for a young fanatic, you can’t beat the variety, sturdiness, and fun factor of this option.
Shop Now 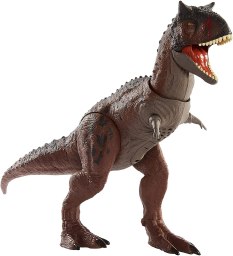 Top Pick
Mattel
Jurassic World - Carnotaurus Toro
Bottom Line
This scary-looking carnotaurus looks like it stomped right out of Jurassic World, and kids will appreciate the many points of articulation for lifelike playtime.
Shop Now 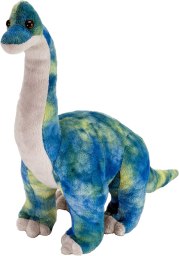 Top Pick
Wild Republic
Brachiosaurus Plush
Bottom Line
If you're looking for a cuddly and sweet friend for long car rides or bedtime, these Wild Republic plushies are a top option.
Shop Now 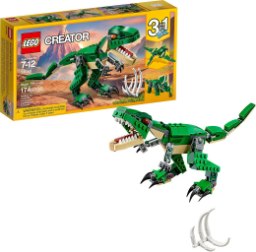 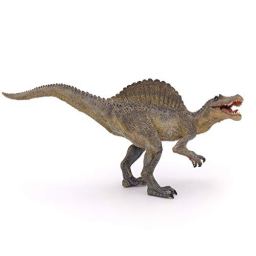 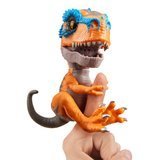 Top Pick
WowWee
Untamed T-Rex: Scratch
Bottom Line
Whether you pick green, blue, orange, or red, this little T-Rex will be happy to hold your hand, while reacting to your activities as a mischievous dinosaur does.
Shop Now 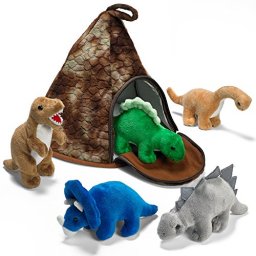 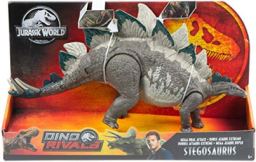 Top Pick
Jurassic World
Dino Rivals: Mega Dual Attack Stegosaurus
Bottom Line
A nice deal for an iconic dinosaur is made even better due to the great articulation and engaging fighting features built into the Jurassic World stegosaurus.
Shop Now