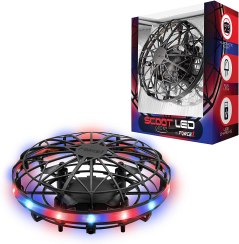 The colorful Force1 Scoot is easy to master, making it a top choice for kids and first-time fliers.

Its 8-minute battery life makes it fun only in short bursts. 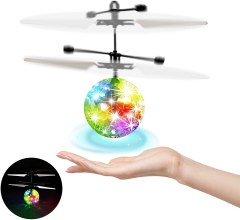 This inexpensive model is a fun toy for safe indoor play and is really eye-catching when the sun goes down.

Best for bigger kids due to exposed blades. 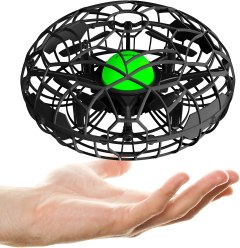 If you are looking for a fun, safe, and easy-to-fly option, the Scoot XL is well worth the buy.

Wide and easy to operate. Simple to hover in place, launch, and pass to others. Bright green LED light. Rugged exterior. Best for indoor play. Available in blue and black. 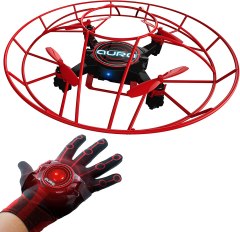 The glove-based controls make it a unique model, and kids will appreciate the fun concept.

Only available in red. 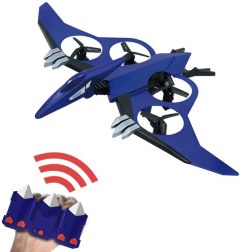 Few other models include the features, speed, and style of this design.

Drone flying is one of the fastest-growing hobbies in the world, but it can be expensive and comes with a bit of a learning curve. You need to invest a fairly sizable amount of time to master drone flight, and still you may find yourself flying into trees, buildings, and just “away” far too often. Fortunately, hand-controlled drones offer a simpler experience.

These “flying balls” can be a great introduction to the world of drone flight and are perfect for younger pilots seeking their first drone experience. Hand-controlled drones all incorporate some form of sensors, which allow you to use your hands to move the drone. Some, however, go a step further by providing remote controls that give you even more precision when guiding your drone. 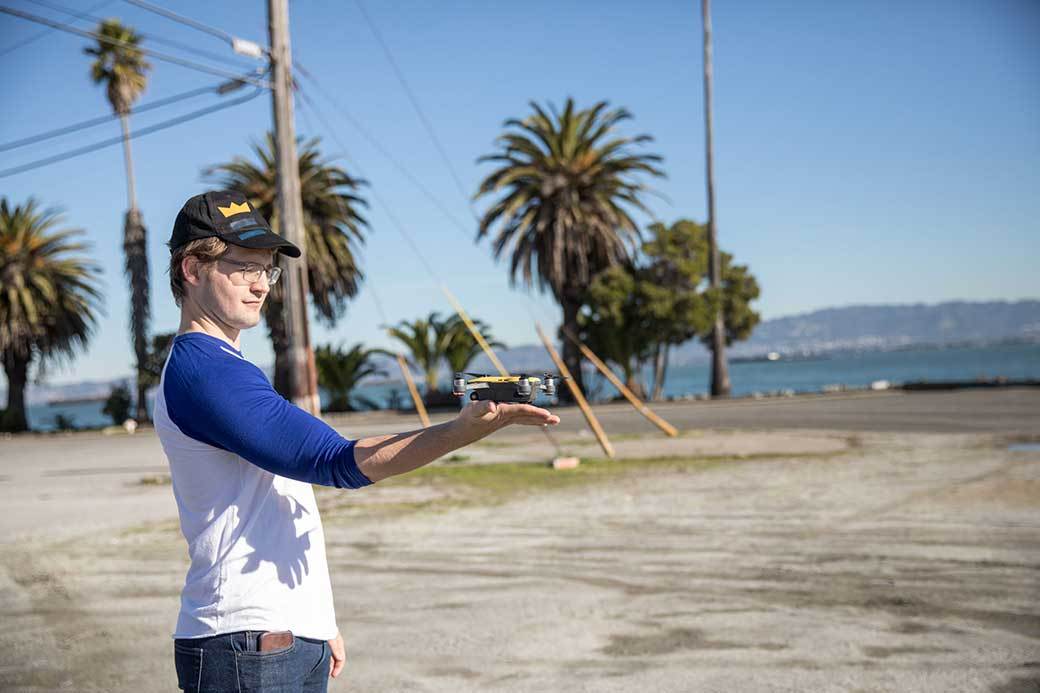 To increase your flying time, find out if the manufacturer sells additional rechargeable batteries. If so, stock up.

Yes, but while the majority of hand-controlled drones are simple caged-rotor drones that react to objects near them (such as your hands), others add remote controls for finer adjustments. The more expensive models in this niche are closer to a traditional remote-controlled drone than a simple toy, which may be exactly what you’re looking for if you are hoping to teach your children about using and maneuvering drones.

Bouncing off objects and crashing — this is what your drone may do, particularly when you’re first learning how to pilot it. As such, a drone should be durable enough to survive a steady stream of abuse.

The best hand-controlled drones are built from rugged, non-toxic plastic that is also flexible enough to bend when it strikes something instead of breaking.

Drones ship with their own cool factor and should look the part. The majority of hand-controlled drones go with a UFO design or some other futuristic shape. Some manufacturers also offer a choice of colors.

None of these hand-controlled drones would be considered large, but some are more compact than others. A smaller drone is generally more portable but may be difficult to control in even a slight wind. If you plan to use your drone outside, consider going with a larger model.

How easy is it to fly?

As mentioned, there can be a bit of a steep learning curve with some drones. The majority of hand-controlled drones use simple hand gestures and are usually simple to control right out of the box. Those with mouse-type or other controllers can take some time to master.

Any directions included with the drone should be simple to follow and well organized. Instructions utilizing both text and illustrations are a plus.

One of the biggest limitations faced by these drones — or really, any drones — is battery life. Much of the fun in flying a drone will disappear if you are constantly having to recharge the battery.

Hand-controlled drones usually contain a battery that can be recharged via USB. They range in flight time from 4 to 15 minutes, with 6 minutes being standard. With a recharge time of anywhere from 30 to 60 minutes, a longer flight time becomes a significant feature, particularly if you’re trying to entertain those with short attention spans.

Remote controls that ship with some hand-controlled drones generally run on disposable batteries.

While not an issue with simpler hand-controlled drones, those that use some form of remote will require you to take range into account. In other words, how far can you be from the drone before you lose the ability to control it with the remote? The range on these is generally limited (many models have a range of around 20 feet), so be sure you know what your range is and stay within that distance.

Hand-controlled drones typically offer you one of three different ways to control them. These will vary from drone to drone, with some models offering all three methods.

"According to the FAA, there are more than 2,000,000 drones currently in use in the United States."
STAFF
BestReviews

Switches on these drones, and the functions they control, are pretty minimal. The majority of drones will have an on/off switch, while some will also feature a switch that allows you to choose between two to three different flight speeds.

LED lights are largely standard on hand-controlled drones and can be used in a number of ways. Some LED lights will notify you when the drone is in the process of charging or has finished charging. Similarly, some LED lights can notify you of a low battery. In addition, some drones have LED “running lights” so the drone can be used in the dark. Drones that offer various speeds will often have different colored lights, so you can tell at a glance what speed the drone is set at.

Hand-controlled drones ship with a variety of extras that will vary depending on the model you choose. Some of these extras include:

On the less expensive end, you will mostly find children’s toys with compact sizes and hands-only controls.

At a higher price point, drones tend to be larger and have the ability to stay in the air longer. Higher-priced, hand-controlled drones will also offer you much more varied ways to control the drone, often with wearable controllers that provide you with control options that can rival more expensive RC drones. 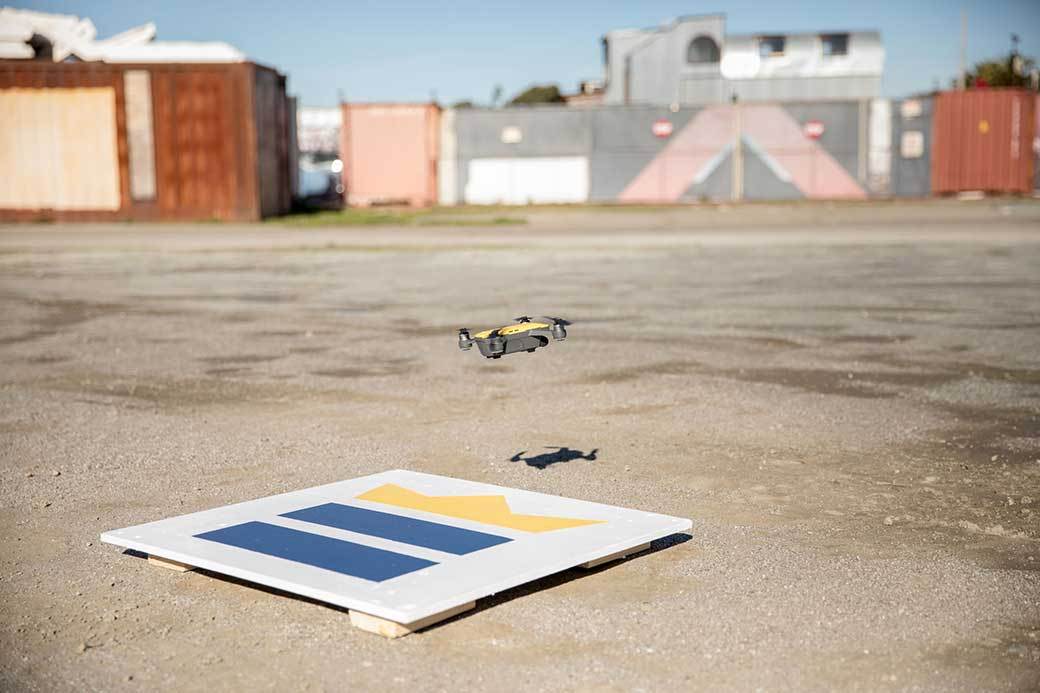 Hand-controlled drones will generally auto-land when their batteries run low.

Q. Are these for indoor or outdoor use?
A.
This will vary drone by drone. Your best bet is to follow the manufacturer’s recommendations regarding use. That said, here are some general guidelines:

Q. How are hand-controlled launched?
A.
Hand-controlled drones are generally launched in one of two ways. The lighter-weight, hand-controlled-only drones can simply be tossed up into the air, where they will start to fly immediately. If the drone uses some form of remote with a launch/land button, set the drone on a flat surface and launch it by pressing the button.

Q. What are the age recommendations for these?
A. This will vary by model, but in general, the simpler hands-only controlled drones are usually appropriate for kids ages 7 or 8 and up, with younger children able to use them with adult supervision. These types of drones should also incorporate a cage-like guard to keep tiny fingers away from the rotors.

Hand-controlled drones that have a remote control are usually more difficult to use and should be restricted to those 14 or older. When in doubt, double-check with the manufacturer to verify their specific age recommendations. 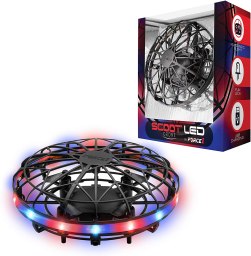 Best of the Best
Force1
Scoot LED Drone
Bottom Line
The colorful Force1 Scoot is easy to master, making it a top choice for kids and first-time fliers.
Shop Now 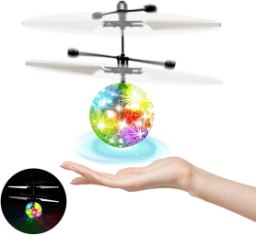 Best Bang for the Buck
Kizplays&TIECKE
Flying Ball
Bottom Line
This inexpensive model is a fun toy for safe indoor play and is really eye-catching when the sun goes down.
Shop Now 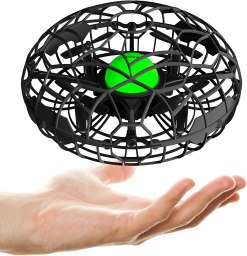 Top Pick
Force1
Scoot XL Hands-Free Drone
Bottom Line
If you are looking for a fun, safe, and easy-to-fly option, the Scoot XL is well worth the buy.
Shop Now 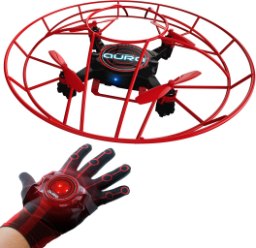 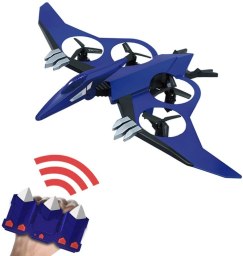 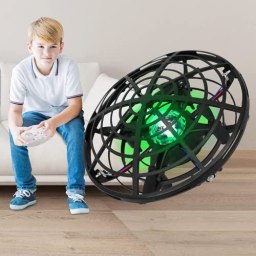 Top Pick
BOMPOW
Hand-Controlled Mini Drone
Bottom Line
This drone is safe, easy to use, and pretty durable – but it's only a toy.
Shop Now 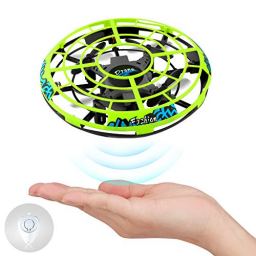 Top Pick
Baztoy
Induction Drone
Bottom Line
This toy drone is fun to look at, but is limited on battery life and control.
Shop Now

Top Pick
POWERbeast
Hand-Controlled Mini Drone
Bottom Line
A nice starter drone for indoor use. Take it outside and it may fly away.
Shop Now 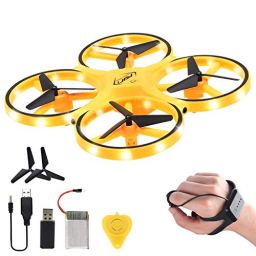 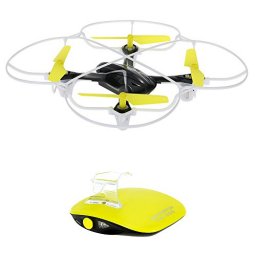