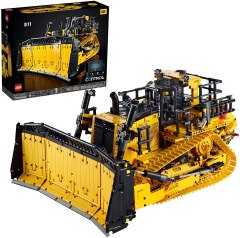 This massive and detailed option offers a time-consuming yet satisfying build. 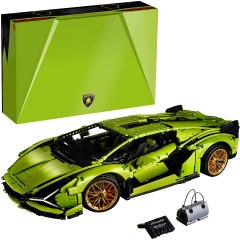 For the sports car fan, this detailed model makes for an eye-catching display.

May not be appreciated by casual car fans. 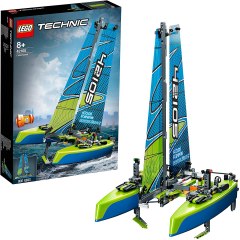 A simpler build that provides a stimulating task and a fun toy afterwards.

One of the easier LEGO Technic sets to build. 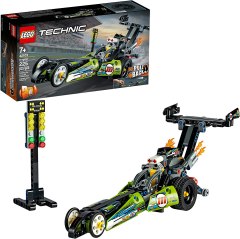 This basic set is beginner-friendly with an entertaining reward.

Build is quite easy. 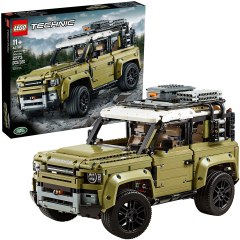 It offers a rewarding challenge to mid-level builders.

Not among the more exciting finished products.

Everything is awesome in the world of LEGO. These humble knobby bricks of plastic have stacked up into a whole LEGO universe that’s not just comprised of a vast range of buildable projects but also spans movies, video games, and even theme parks.

LEGO is educational and fun. It sparks the imagination and aids in the development of hand-eye and fine motor coordination. Sets range from the classic creative bricks boxes to the super-difficult Star Wars Millennium Falcon, which boasts an impressive 75,192 parts.

If you really want a challenge, though, head to the LEGO Technics aisle. This range allows you to build cars, trucks, construction vehicles, and helicopters with working gearboxes, steering systems, arms, and piston engines. When launched in 1977, the Technics sets were originally called the Expert Builder series. The aim of these sets was and is to provide technically challenging but very gratifying builds that include more complex parts than regular sets. So if you want to hone your engineering and auto-building skills in a fun and creative project, look no further. 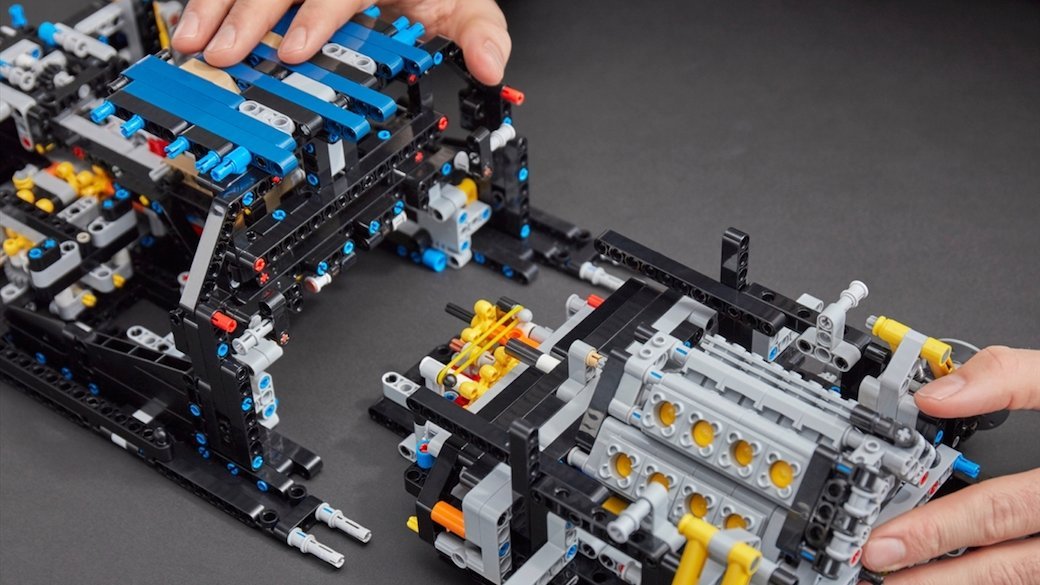 LEGO was invented by Ole Kirk Christiansen, a carpenter and toymaker, in Denmark in 1932. The name comes from “Leg godt,” which is Danish for

Today’s LEGO Technic sets don’t have many regular LEGO studded (knobbed) interlocking bricks (beams). Instead, they mostly use studless beams (liftarms) and pins to hold the bricks together. That’s because it’s difficult to use the studded beams vertically without using plates to get the holes to line up, and the studless beams give greater flexibility thanks to the clip-based pins. The disadvantage is that the builder basically needs to assemble the project from the inside out rather than from the ground up. That requires a lot of planning, forward thinking, and visualization. Unless you’re a master builder creating off-grid, you’ll also need to be good at sticking to the directions.

Some projects can be dismantled and rebuilt into different structures. If the building is the fun part for you (rather than admiring the finished product), look into these two-in-one sets.

The LEGO Education range is specifically designed for use in the classroom. This range includes some of the add-on sets for Technic sets, such as the pneumatics. These will come with additional materials like problem-solving activities, lesson plans, and worksheets, all of which are great for kids.

Technic sets contain a variety of moving parts. Some of these mechanicals are also offered for sale as separate sets for upgrading, customizing, and adapting.

LEGO Technics can be brought to life with a motor. It’s usually powered by a battery motor in a connected battery box, or sometimes by mains electricity using a transformer. Some kits come with a motor, while others need to be purchased separately if you want a fully functioning model. Potential buyers should note, however, that not all models can be upgraded.

For a moving model, you’re going to need gears, and builders report that learning these workings is highly satisfying. Some kits also include a clutch. In some instances, chain links are used to connect the gears. Getting the correct tension and gear wheel sizes is important to making the model work properly, so some homework may be required if you are literally thinking outside the box.

These supplementary sets are sold separately and can be integrated into Technics models by design (where the LEGO set specifically has an optional space for the units) or for custom builds. They include a motor, a battery box, and either a wired switch or a remote control for full automation of the model. Check the box for the exact components and compatibility.

Learn about the properties of air pressure and pistons with sets that include pumps, valves, cylinders, manometers and tubes. Some kits also include an air tank.

Did you know?
Having pieces left over at the end of a build is not necessarily a bad thing. LEGO prefers to err on the side of caution, so you often get extras. Don’t throw them out, as they may come in handy for future use.
STAFF
BestReviews

The smallest of the Technics sets start at just $10. For this amount of money, you can get a simple cherry picker or loader suitable for kids age seven and up.

However, the majority of the builds are between $100 and $350, with more complicated and inclusive sets costing around $800. There are even a few that will bust the $1,000 mark.

For a lot of moving parts and a lesson in engineering, consider the Mercedes-Benz Arocs 3245 42043. The large motor and advanced pneumatic system operates the lift arm and dump box, which users report can lift 35 pounds.

A true sports car enthusiast may wish to spring for the 3,599-piece Bugatti Chiron 42083. Developed in partnership with Bugatti Automobiles S.A.S, it’s a faithful 1:8 scale replica of the Italian supercar. The sophistication of the assembly has been praised as LEGO creativity at its best and is certainly one of the largest and most complex, with an eight-speed paddle shift gearbox, W16 engine, steering wheel,and suspension. The instructions mirror that of the true car build, so you’ll learn a lot about automotive assembly. 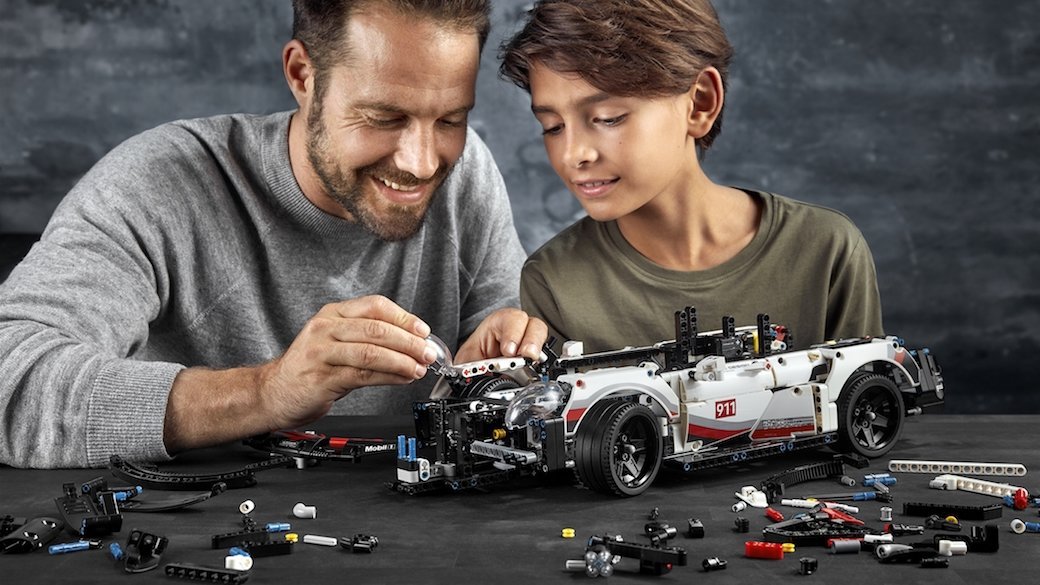 If possible, have a dedicated workspace where you can keep your work in progress. Moving a partially built set around on trays may not end well. Having a few tubs in which to keep unused (and preferably pre-sorted) building parts is also helpful.

Q. What’s the best way to start a younger child with LEGO Technics?

A. Don’t necessarily go by the age on the box; this is just a guideline. You know your child best in terms of attention span, interest level, and coordination. It’s best not to be too technical at the start, so you can set the child up for success. Begin with simpler, smaller sets where kids can see how everything fits together.

Q. What are so-called “illegal LEGO combinations” I hear about?

A. This is just a way of calling out undesirable building techniques, which might put too much strain on a model or cause it to work out of sync and wear out.

Q. Are LEGO Mindstorms the same as LEGO Technics?

A. Not exactly. With Mindstorms sets, you can build programmable robots, and you’re also getting into computing and coding. However, if you want to get really clever, most of the Mindstorms building elements use the Technics components and can be interchanged using different pins and axles. 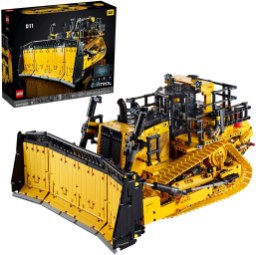 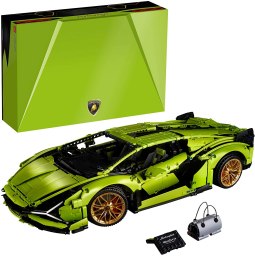 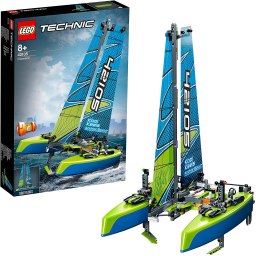 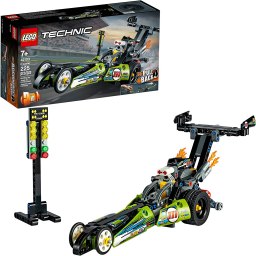 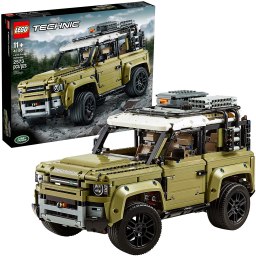