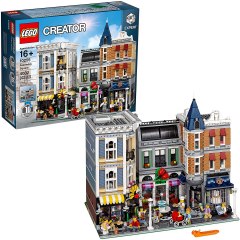 One of our favorites due to the vast amount of unique mini-figures and buildings.

Comes with 4,002 different pieces. Each minifig is unique and some can't be found in other sets. Each floor can be lifted off for more play options. Can be connected to other "Creator Expert" building sets.

May be pretty difficulty for young or beginner builders. 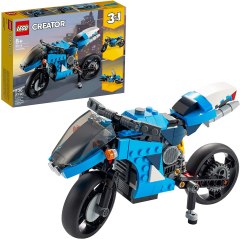 A fun piece that younger users will adore thanks to its multiple building opportunities.

Features 3 different builds that are inspired by different eras of motorcycles. Can be fun to wheel around once the cycle is built. Has a kickstand piece for display. Features a working suspension and rubber wheels.

Some users noted that the handlebars fall off easily. 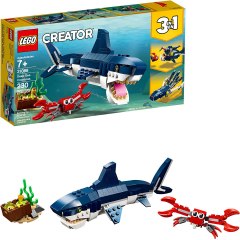 A highly detailed sea creature set that provides a lot of fun and challenge for young users.

Contains 230 pieces. Affordable. Create your choice of a squid, shark, or angler fish. Highly articulated models. Special whale instructions are available on the LEGO website. The included crab figure can be changed into a fish as well.

You can only build 1 sea creature at a time. 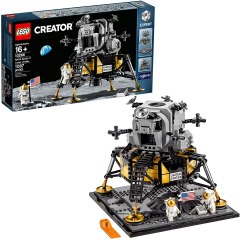 A unique build that features a lot of expert-level ideas for older users to enjoy.

Has a great base that allows for the lander to be displayed long after it is built. The mini-figs have unique spacesuits. Made from 1,087 pieces. Has multiple different stages. The gold bricks look really nice.

Some users wished that the set has fully printed bricks instead of stickers. 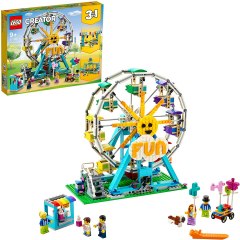 Multiple opportunities for creativity make this a stand-out pick for theme park lovers.

You can build a Ferris wheel, bumper car, or swing set with relative ease. The Ferris wheel rotates with an included handle. Five different mini-figures. A good set for intermediate builders who want a challenge.

After the initial build it may be hard to take apart.

Do you have a penchant for building life-like LEGO creations? Or do you have a kid who wants to make realistic LEGO structures? If you’re ready to take on a new LEGO theme, pick up a LEGO Creator set.

LEGO Creator sets build highly detailed themed models of buildings, vehicles, and even dinosaurs. Certain sets build generic creations, like a police station, whereas others make something more specific, such as a Volkswagen camper van. Some sets allow for the creation of a single design, whereas Creator 3-in-1 sets let you make up to three. There are also Creator Expert sets, whose intricate plans and instructions are geared toward advanced teens and adults. No matter which set you choose, you will want to proudly display it in your home.

If you feel the anticipation building up, keep reading our buying guide for LEGO Creator sets. No matter which one you choose, we’re sure you’ll enjoy any of these enthralling sets. 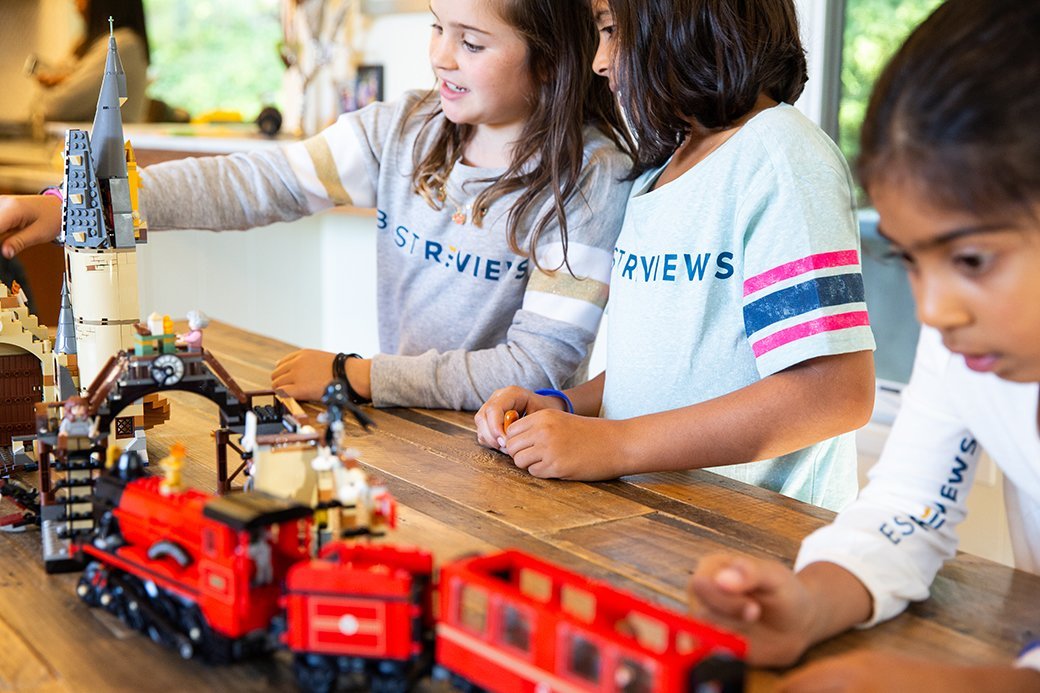 Some projects, especially those based on cars, are a nice decorative addition to an office or computer room. Choose a car that is a personal favorite or select a set whose colors match your decor.

LEGO Creator 3-in-1 sets allow builders to assemble three different creations with the same pieces. They usually have between 200 and 900 pieces, though there are some sets that are outliers. For the most part, 3-in-1 sets are geared toward kids ages 6 and up.

These sets revolve around realistic buildings, vehicles, planes, trains, creatures, and robots. Keep in mind that you’re only able to build one creation at a time. This doesn’t deter most builders at all, and in fact, it elevates 3-in-1 sets for their high replayability.

LEGO Creator Expert sets have a singular focus of their build and are more challenging than 3-in-1 sets. They have between 1,000 and 5,000 pieces and are usually designed for kids ages 12 and up. The most advanced Creator Expert sets are actually listed for ages 16 and above.

Creator Expert sets also feature realistic buildings and the like. However, many of them are either far more detailed than the offerings of 3-in-1 sets. Here you’ll find exciting projects ranging from gingerbread houses to 1950s diners.

LEGO Creator sets break down in five main categories, each with unique features. Some kids will gravitate toward specific styles, whereas other kids are simply loyal to the Creator line.

LEGO Creator sets feature a broad range of architectural projects. They range from everyday structures, like carousels and firehouses, to wonders like the Taj Mahal.

When it comes to selection, vehicle-inspired LEGO Creator sets take the cake. You can build generic helicopters or become a mechanic by assembling a London Double Decker Bus or Harley-Davidson Fat Boy. There are also space exploration vehicles in this category, such as those inspired by the Mars Rover.

Aircraft are also popular styles of LEGO Creator sets. Airplanes, helicopters, and even hovercrafts are available. There are mostly generic aircraft, though licensed sets are occasionally released.

If your kids enjoy the zippiness of cars and trains, they’ll enjoy a LEGO Creator track-based set. These include trains and roller coasters, as well as some racing sets. They have several movable parts, both in terms of the structure as well as their wheeled counterparts.

Roar to life with dinosaurs or make friends with a friendly robot. More recently, creature-inspired sets have grown in popularity. They’re often geared toward younger kids, so you’ll mostly find them as 3-in-1 sets.

While all LEGO sets are realistic to a degree, LEGO Creator sets are designed to more closely imitate life. They turn real-life objects into projects of a smaller scale that fit in the palms of their hands. More than anything, these sets let kids identify with their creations and have a sense of pride over their accomplishments.

In terms of building realism, it’s present in two ways. The first take-away from LEGO Creator sets is that no construction project, of any scale, takes off without a hitch. The second lesson involves articulating parts, which show how real-life objects operate.

LEGO Creator sets are geared toward those with rapidly evolving or advanced building skills. It’s not just based off the piece count — these LEGO sets require a considerable attention span as well as patience, problem-solving skills, and organization. Since they fall in the middle of the difficulty level of LEGO’s offerings, they’re ideal for kids who are still getting their bearings before diving into LEGO Technic and Mindstorms sets.

LEGO Creator Expert sets, for example, simply can’t be assembled in an evening. In fact, many of them are erected over the course of a couple of weeks or months, depending how much time they dedicate. This can be frustrating to younger kids who seek instant gratification, whereas older kids experience fulfillment when they persevere to complete it.

In addition to the minimum age requirement, the piece count of LEGO sets is also a good measurement of how difficult a set will be.

What’s especially appealing to parents about LEGO Creator sets is that they’re an ideal multi-child activity. Involved sets with high piece counts foster side-by-side play skills, as they involve cooperation and group brainstorming. Since kids don’t have to wait their turn to stack bricks, they’re continually engaged throughout the building process.

LEGO Creator sets range in price from $10 to $380. The price is driven by the complexity as well as piece count and whether or not it’s a licensed set. The more you spend, the more involved the building project will be.

LEGO Creator 3-in-1 sets cost between $10 and $100. These usually include less than 1,000 pieces and have modest difficulty.

LEGO Creator Expert sets cost between $60 and $400. They can have as many as 5,000 pieces and are far more challenging while producing more realistic results. 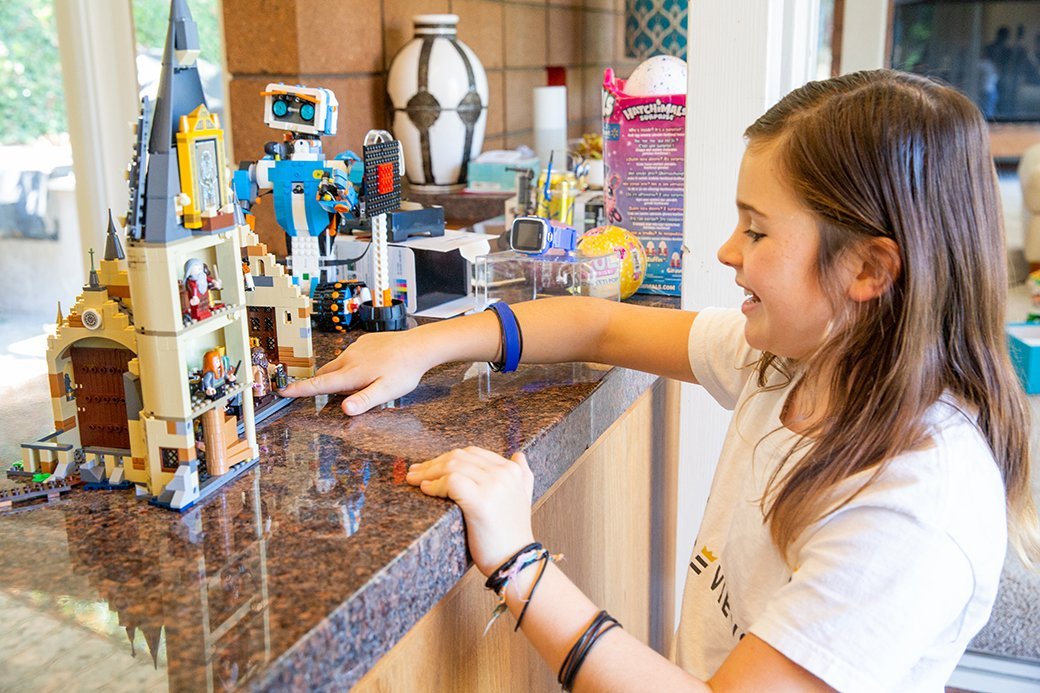 Some parts of construction are more challenging than others. Take your time so you don’t miss any pieces and take a break if necessary. Above all else, the LEGO project should be fun.

Q. I think my LEGO Creator set is missing pieces. What should I do?
A.
Contact LEGO directly and see whether they can send you replacements, either for free or for purchase. Another option is to buy a replacement piece separately online, though it will be challenging to find unique or specialty pieces. In the event you live near a LEGO retailer, you can visit the store, as they may carry replacement pieces.

Q. What’s the best place to set up a LEGO Creator project?
A.
These sets take considerable time and dedication to build. It’s best to build them somewhere you have access to multiple angles so you don’t have to twist or reach to fit pieces. You may wish to choose a place in your home where the project won’t get in the way or be at risk of getting knocked over. Many LEGO enthusiasts set up card tables in spare rooms and basements for their projects.

Q. My kid is interested in a LEGO Creator set, but it may be too advanced for them. What are my options?
A. If they haven’t worked on a LEGO Creator set before, you can introduce them to a simpler set with fewer pieces. If it’s not their first LEGO Creator set, you could work on building it together. It’s a good opportunity for them to take on a fun, new challenge while you spend quality time together as a family. 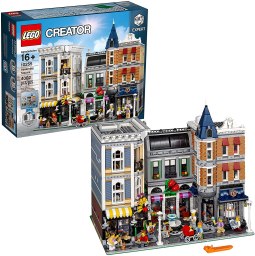 Best of the Best
LEGO Creator
Assembly Square
Bottom Line
One of our favorites due to the vast amount of unique mini-figures and buildings.
Shop Now 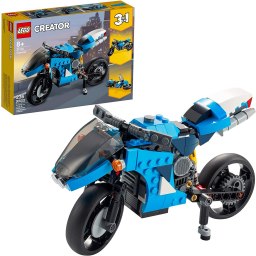 Best Bang for the Buck
LEGO Creator
3in1 Superbike
Bottom Line
A fun piece that younger users will adore thanks to its multiple building opportunities.
Shop Now 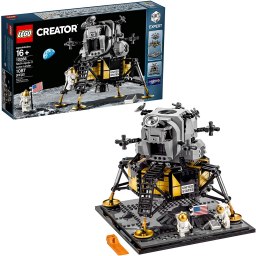 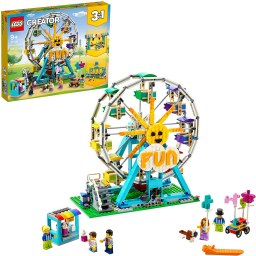 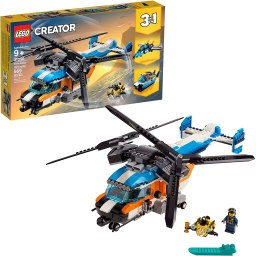 Top Pick
LEGO Creator
Robo Explorer
Bottom Line
The reasonable price and versatile capabilities that this set offers make it the perfect choice for LEGO fans and parents on a budget.
Shop Now 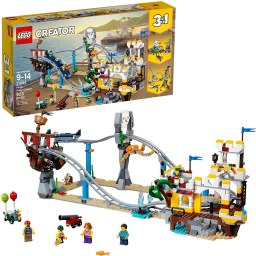 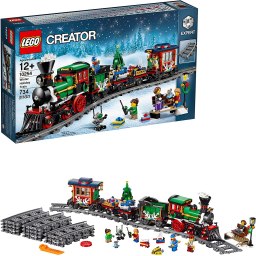