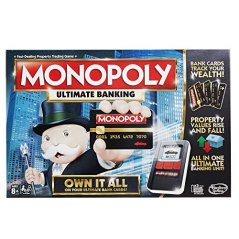 Play Monopoly like a modern-day banker with this version's touch-controlled banking unit, instant transactions, and property and rent values that rise and fall.

Some say it's not as fun as the original. Tokens are plastic. Only accommodates 4 players. Banking unit requires batteries. 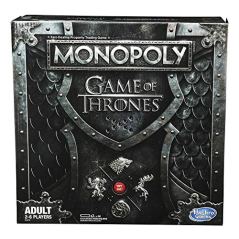 Comes with attractive dragon-themed pieces as well as holdfasts and castles in place of houses and hotels. Bonus item is an Iron Throne card holder music box that plays the theme song. Board covers all seven kingdoms featured in the series.

Coinage and money is a bit confusing. 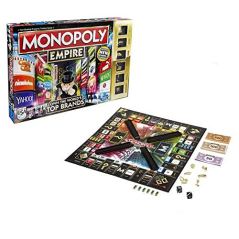 A fast-paced game that's based on owning favorite brands instead of properties. Fun for adults and kids. About half the price of other versions.

The rules are very different from original Monopoly, but it's still a lot of fun to play. 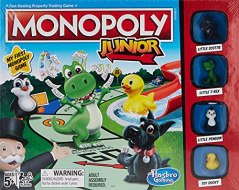 Combines eye-catching graphics and easier rules that make it fun for kids to play – suited for ages 5 to 8. Properties geared to kids, like a skate park and ice cream parlor. Affordable.

Quite remedial compared to the classic version – some kids may find it boring once they master it. Board is flimsy. 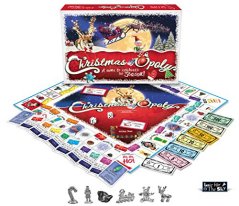 A unique twist on Monopoly with a Christmas theme. Tokens include a candy cane, teddy bear, and lump of coal. Holiday graphics throughout.

Plenty of new games are appearing on the market that are great for family game night. Games like Exploding Kittens and Cards Against Humanity are fresh and fun. But when you want to go with a classic board game, it’s impossible to beat Monopoly.

These days there are so many versions of Monopoly that you’re sure to find a favorite. But so many choices may also feel overwhelming.

Our guide will help you understand your options so you can pick the best Monopoly game for your next night in. 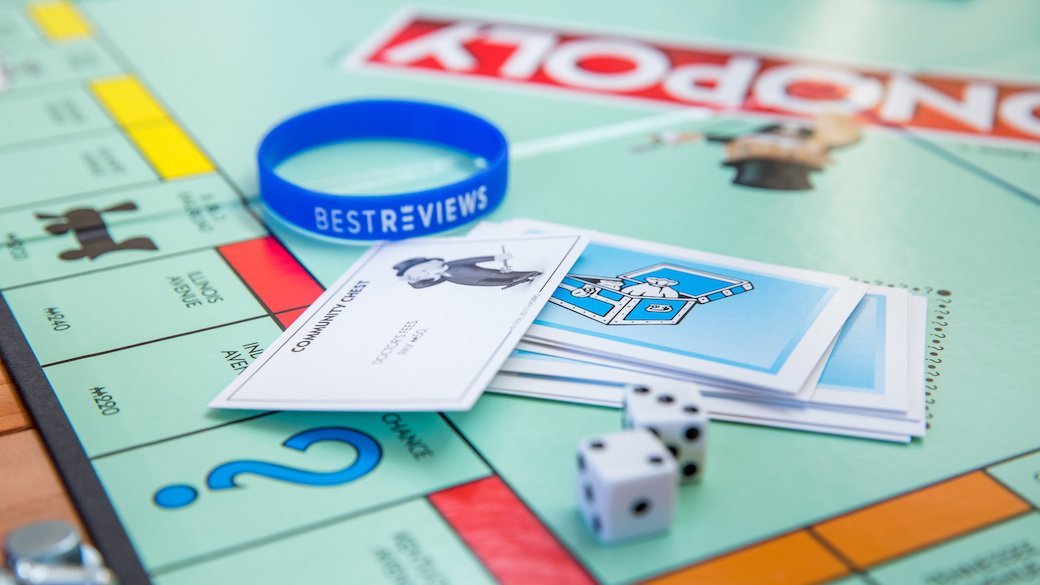 Parker Bros. credited Charles Darrow with developing the game that grew into Monopoly more than 85 years ago. He used hand-drawn cards and bracelet charms as playing pieces. However, some people dispute this version of the game’s origin.

Standard Monopoly is a board game focusing on property ownership. Players purchase properties and then charge other players rent when they land on their properties. The player who finishes with the most money wins the game.

Players roll the dice and then move a token around the board. Each of the 40 spaces on the board triggers a specific action. You’ll continue making loops around the board until the game is completed.

One aspect of Monopoly that some people like is that it’s not a timed game. With evenly matched players, a single game can last a few hours or more. However, if you want to speed up the gameplay, rules exist for timed games or shortened games.

Monopoly can be a difficult game for younger players to learn. They need to be able to count money, read, and think strategically. Parents certainly can help younger players work through the game strategy as they’re playing, though.

The main thing you’ll need to consider when buying a Monopoly game is which version you prefer.

Monopoly is available in several different electronic versions. You can find Monopoly video games for platforms like PlayStation, Nintendo, Windows, Apple, and Xbox.

Monopoly apps are offered for iOS and Android, too. These apps offer multiple off-shoot games that build on a character or aspect of Monopoly. Or you can play the traditional game in app form.

Many variations on the Monopoly board game exist. A high percentage of these variations have a game format similar to the classic game. The difference is usually in the tokens and property names. For example, in the Star Wars version of Monopoly, you’ll choose to be on the Rebel or Empire side. You’ll then try to conquer planets and build bases instead of buying properties and building hotels. Some of these versions have special rules, tokens, money styles, or game spaces that also stick to the theme.

Did you know?
Commercial versions of the Monopoly game sold for about $2 in the 1930s.
STAFF
BestReviews

Depending on the version you select, Monopoly games have quite a range of price points.

Simple versions of the Monopoly game aimed at young children may cost as little as $15. You can expect to pay $15 to $35 for classic versions of Monopoly. Some special or collectible classic editions may cost anywhere from $25 to $100.

When purchasing special versions of Monopoly that feature a brand or theme, you can pay anywhere from $15 to $75. Many of these versions will appeal to kids, but they are often more expensive than traditional versions.

Some versions of Monopoly are made of high-end materials like wood or metal. These games can cost as much as $250, and they’re designed as collectibles.

According to the Monopoly Wiki page, more than 1,300 versions of the game exist. In addition to the five versions listed in our matrix, we’ve picked a few more excellent versions you will want to try. The Monopoly Speed Die Edition includes a special die that helps speed up gameplay. It has some new tokens aimed at children, too. Another fun twist on the game is Monopoly Mega Edition. It has faster gameplay, a bigger game board, and bigger financial amounts. For the classic feel, consider the Monopoly Game 80th Anniversary Edition. It includes classic tokens from the 1930s through the 2000s. If you’re a fan of the Monopoly tokens, you’ll receive 64 different tokens in the Monopoly Signature Token Collection Edition. It also has a game board and everything else you need to play. 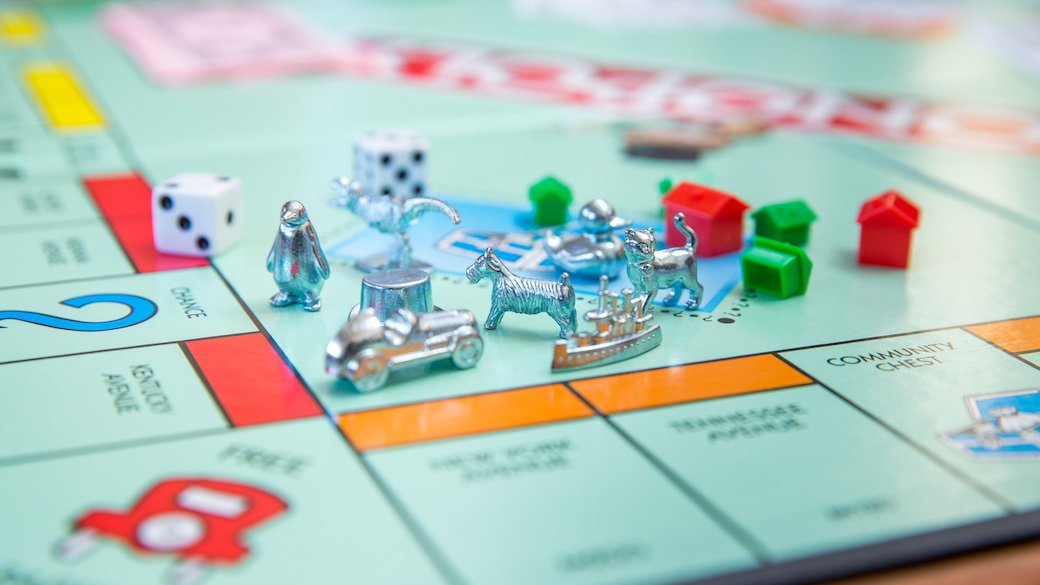 Q. How do I know which tokens I’m receiving when I buy a Monopoly game?

A. Most versions of Monopoly will have a list of tokens printed on the game box. You can also sometimes buy extra tokens separately.

Q. Can young kids have fun with Monopoly? Or will they just get bored?

A. The recommended minimum age for nearly all Monopoly games is eight. However, some kids won’t be ready for this game by that age. If you’re afraid your children will become bored, pick a Monopoly version with fun characters they will recognize. Versions with fast gameplay rules can be nice for small children. Or consider the junior edition, which is for ages five and up, as an introduction to the game.

A. Some versions have a collectible angle. However, because there is such a large number of different Monopoly games in circulation, don’t expect them to soar in value. Even original Monopoly games from the 1930s often don’t have a significant value without being in perfect condition. Roughly 75,000 to 100,000 Monopoly games were printed annually in the 1930s, so a lot of copies are still in play.

Q. What are Monopoly house rules?

A. House rules are slight variations on the official game rules. These aren’t official rules, but people develop them while playing the game over time. Something like having to complete a lap before you can buy a property would be a house rule. With Monopoly, you’ll want to spell out any house rules before starting to play, as these unofficial rules can lead to arguments. 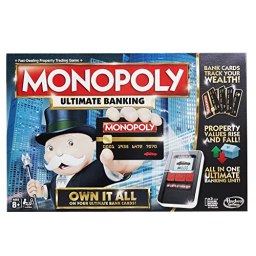 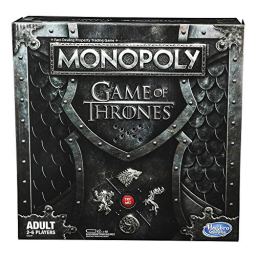 Best Bang for the Buck
Hasbro
Monopoly Game of Thrones Board Game for Adults
Bottom Line
A fun spin on the traditional game with a Game of Thrones theme. Ideal for teens and adults who want to jazz up parties and game nights.
Shop Now 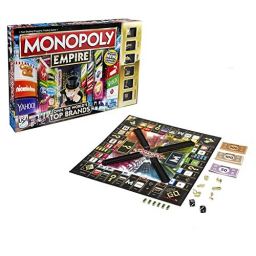 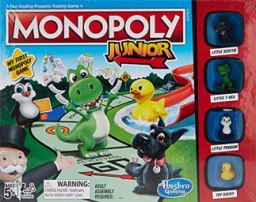 Top Pick
Hasbro
Monopoly Junior Board Game
Bottom Line
If you are looking for a fun game that introduces youngsters to the fundamentals of Monopoly, this is the one to get.
Shop Now 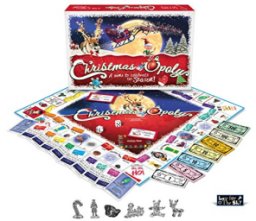 Top Pick
Late for the Sky
Christmas-opoly
Bottom Line
For Monopoly lovers who are also in the Christmas spirit, you won't find a better choice – traditional rules and holiday-themed game pieces.
Shop Now