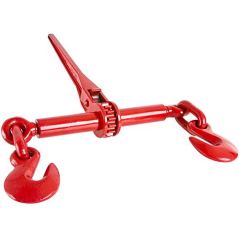 Made of heavy-duty forged steel. Paint is thick and protective. DOT has approved of this for commercial transportation. Very sturdy and easy to use.

It costs more than some other single ratchet load binders. 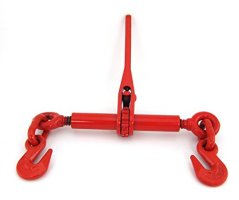 Made of strong steel. Easy to use and highly affordable. Effective at tying down loads.

It is lighter duty than some other options. Check to make sure its smaller size would fit your particular needs. 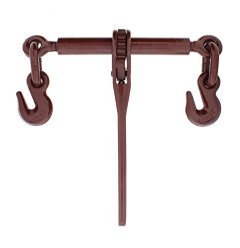 Hooks may be too large for some. 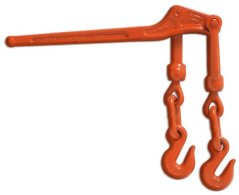 Simple and straightforward. High weight limit. Heavy duty, and the price is affordable.

Some people may prefer a ratchet binder; a lever binder requires greater strength to use. 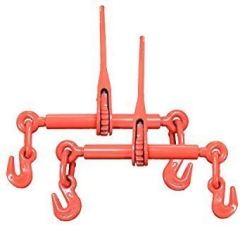 A great value for the money. Easy to use. Effective in spite of smaller size.

These load binders are smaller than some other choices. Check to make sure the size would fit your needs before purchasing.

Nylon ratchet straps are great for tying down lightweight gear, but they have their limits. With large, heavy, and awkward loads, they can get cut or worn through. They just aren’t safe. Chains are the answer, and a load binder is the device that’s used to tighten them properly.

Take a quick glance at these heavy-duty devices and you might be forgiven for thinking they’re all pretty much the same, and they do look very similar. However, there are important differences. 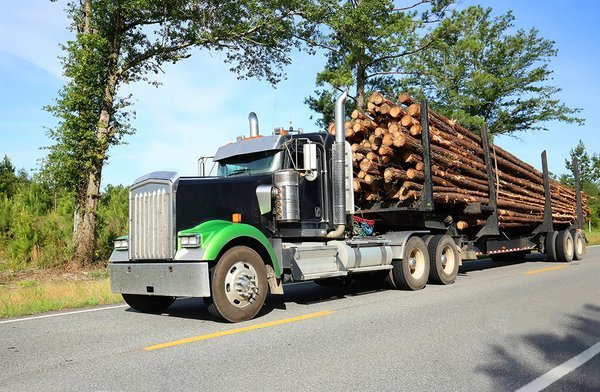 There is state and federal legislation covering loads on trucks and trailers. If your load is not secured properly, you risk a heavy fine. If you cause an accident, you could go to jail. Check the FMCSA website.

There are two main types of load binder: lever and ratchet.

Lever load binders have a simpler construction and are frequently less expensive than ratchet types. They’re also a little quicker to use because the lever action feeds the chain faster.

However, the lever itself can cause problems. If your hand slips during operation, the lever can spring back, with the potential for a nasty injury. They’ve also been known to pop open — some experts recommend they be wired shut once tightened, which would take away much of the speed advantage.

Ratchet load binders work in a similar way to the ratchet on typical nylon straps. They’re slower to use than lever models, and the mechanism is slightly more complex, which increases the price. However, ratchets are easier and safer, and, in situations where it’s needed, they can apply more tension. In general, ratchet load binders are now the more popular choice.

One or two manufacturers have addressed the speed issue in ratchet load binders by modifying the ratchet mechanism. Instead of tightening manually, a cordless impact wrench can be attached, dramatically speeding up operation (it has to be an impact wrench because a standard drill doesn’t generate enough torque). If speed is an issue, it’s worth looking at these, though they cost a lot more money.

If you choose a lever load binder, we recommend paying a little extra for a recoilless or anti-kickback model. It could save you from injury.

Whichever type of load binder you choose, the key features are the same.

Load binders should be made of forged steel, which is much stronger than cast. Manufacturers often use the term “carbon steel,” but as all steel contains some carbon (it’s an alloy of carbon and iron) it’s largely a gimmick.

Breaking strength may be quoted, and it’s often an impressive figure — 30,000 pounds, for example — but it’s actually irrelevant. The important figure is the load capacity, or working load limit (WLL). This is vital for various road transport regulations.

Hook: Will the hook fit your chain? There are regulations governing the type of transport chain you can use, so you need to know that the hooks on the load binder will go through those loops!

Width: Depending on your particular application, width may have an impact. There is often some degree of adjustability here, which can be useful.

Some load binders achieve U.S. Department of Transportation approval, which is a handy guide to quality, though it’s not a legal requirement. 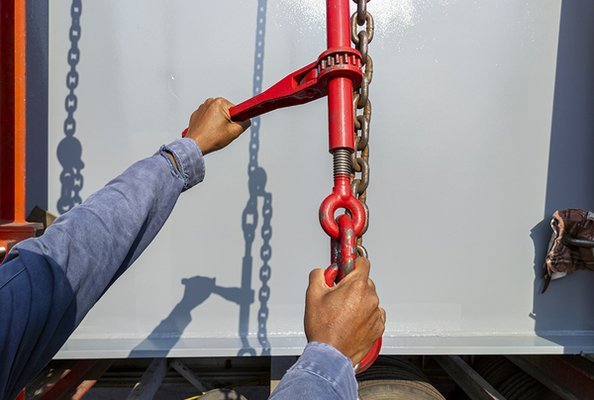 You must not try to repair a transport chain by welding it. Damaged links should be removed and replaced with either a coupling link or twin clevis that matches the specification of the chain.

Q. I read that lever load binders aren’t legal. Is this true?

A. There are safety concerns with this kind of load binder, and personal injury is not uncommon. Some organizations, notably the U.S. Fish and Wildlife Service, have banned their use. Accordingly, some suppliers no longer stock them. However, at the time of writing they’re still legal in the United States, but laws change. Our advice would be to consult the Federal Motor Carrier Safety Administration (FMCSA) or use ratchet load binders, which don’t suffer the same problems or restrictions.

A. Not much. They’re extremely robust devices that need nothing more than the occasional lubrication of threads, pawls, and ratchet mechanisms to prolong their working life. Keeping them out of the weather when not in use is also a good idea.

Q. Is it important what kind of chain I use with the load binder?

A. It is. There are different grades of chain, and not all are appropriate for transportation use. Each should be rated by its safe working load limit. What you use will depend on the type of load and its weight. If you haven’t been trained in how to make relevant calculations, you should consult the Federal Motor Carrier Safety Administration (FMCSA) website to learn how to comply with relevant regulations.

Never use a “cheater bar” (a length of steel pipe) to increase the pressure on a lever load binder. If you can’t get enough leverage with the handle as supplied, you should use the ratchet type instead. 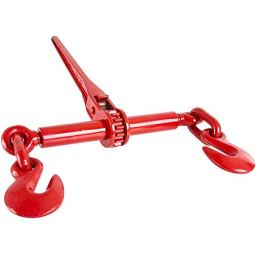 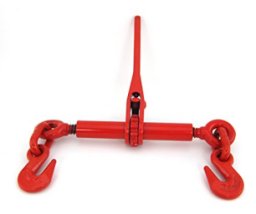 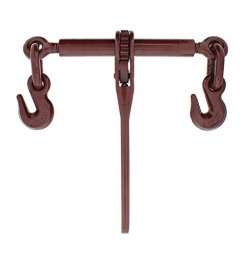 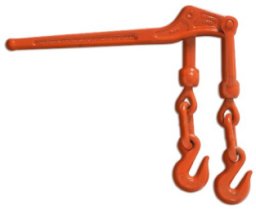 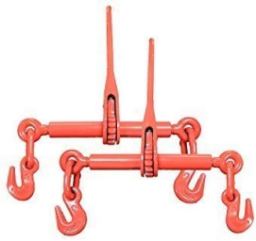