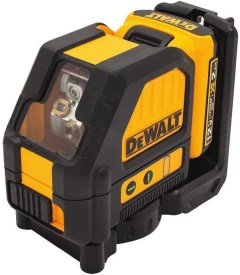 Offers bright projection of cross lines in green light that will show up clearly.

Green light is difficult to see over long distances when using the unit outdoors. 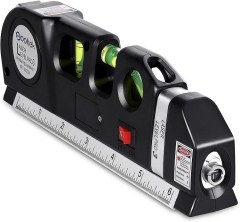 Low-priced and versatile tool that contains a tape measure, traditional level bubbles, and a laser level.

Extremely easy to use as a level. Designed to be used indoors to make sure the light is fully visible and extremely bright. Takes a bit of work to even out the laser lines, but once you do, they're easy to see over short distances indoors. Good customer support. Nice to have multiple tools in one for such a low price.

Battery life is below average. Light is almost impossible to see outdoors. 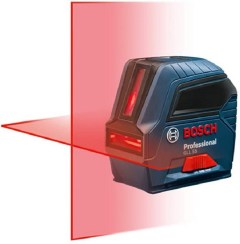 Easy to use for projecting a horizontal, vertical, or cross line with an accurate automatic leveling feature.

Trusted brand name. Includes strong magnets in base to adhere to metal surfaces for hands-free operation. Red light is visible up to 50 feet, but brightest light is up to 33 feet. Extremely accurate lines. Good build quality to survive dust and water in the working environment.

Light isn't bright enough for outdoor use. Thick line can cause some confusion. 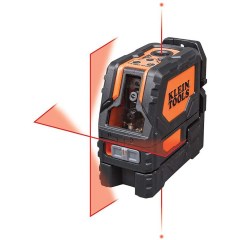 A mountable tool with a host of added features that should make most jobs of all types easier.

It’s a comprehensive tool, but it costs a lot more than simpler options.

A simple self-leveling tool with 2 bubble vials and a backlight for maximum visibility.

This tool is perfect for small jobs like hanging pictures and shelves, or putting up a TV mount. The backlit bubble vials are easy to spot and add a layer of precision. Wall attachment works at any angle. This is an easy-to-use option for simple tasks around the house.

Not ideal for big projects. Some find the nail to be hard to remove.

For DIY-ers, commercial contractors, and everyone in between, laser levels are outstanding tools to have on hand. These tools create a laser beam that provides a visible line for people to use during a project to guarantee they have a perfectly level guide line.

These tools are highly versatile, as people can use them for a job as simple as hanging a picture or a wallpaper border. They also can use them to ensure the floor is perfectly plumb, which simplifies many other aspects of a remodeling job. Someone remodeling a kitchen could use the laser level to hang multiple cabinets at the same height. Trying to use a bubble level for this type of job adds quite a bit of time and frustration to the work versus using a laser level.

For large construction projects, a commercial-grade rotary laser level may sit on a tripod in the center of a lot outdoors, creating a 360-degree laser line to generate proper grading. Such rotary levels would be overkill for the majority of homeowners working on DIY projects, however. Laser levels made for use at home are smaller devices that you can use to create a simple line along a wall. 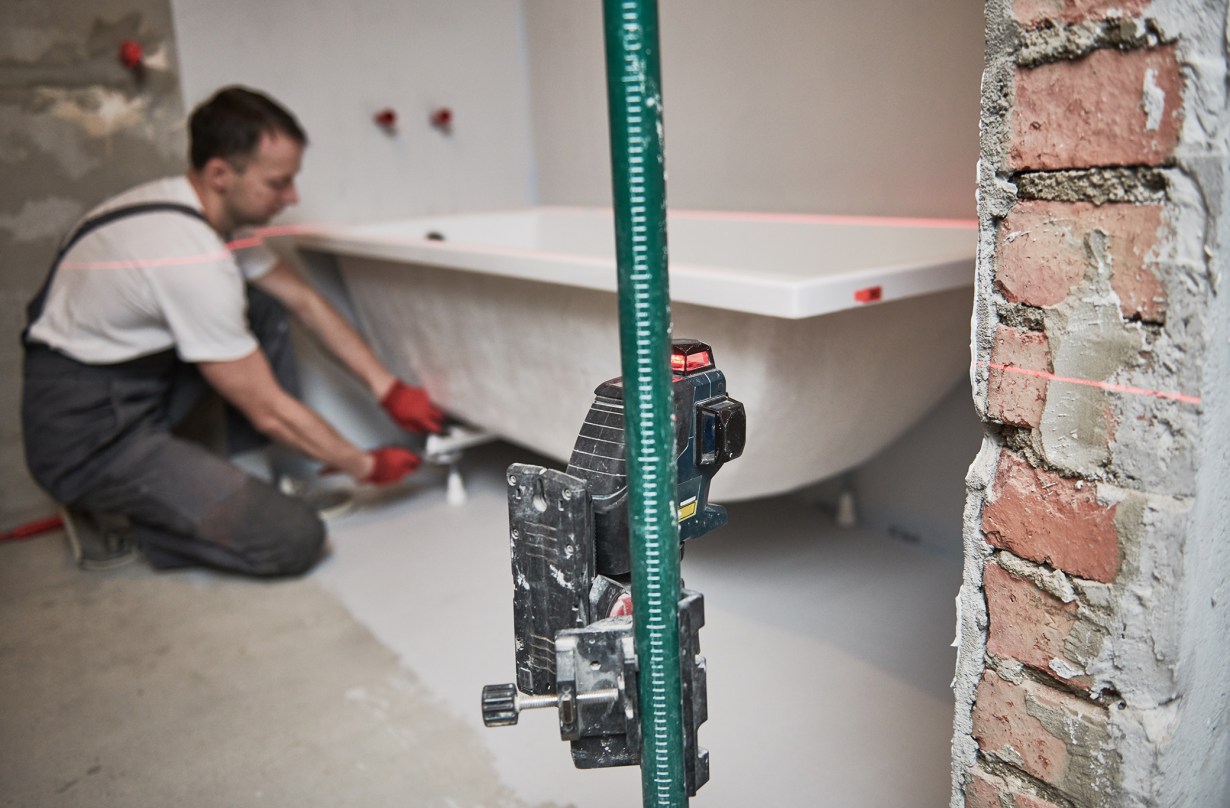 Depending on the environment in which someone is using the laser level, having waterproof and shockproof capabilities in the device may be helpful.

How to choose the best laser level

The line laser is a very common choice among non-professionals and professionals. This model projects a perfectly straight line onto a wall or floor in a room. This is useful for a remodeling or construction project where workers are hanging kitchen cabinets or trying to create a tile floor with perfectly straight grout lines.

It’s popular among DIY-ers because it’s easy to use and it has a reasonable price point. DIY-ers rarely are going to need the rotary laser level to create a level grade outdoors, but they can find a way to use a line laser in a room indoors.

The line laser can hang on the wall and project the laser light sideways. It also can project the line forward, creating almost a 360-degree effect. Some line lasers can create both a horizontal and vertical line at the same time.

The spot laser projects a circle of light upward, downward, or outward in one or more directions. Contractors often use this type of laser to check that the joist in a room is plumb before hanging drywall or creating a wall frame.

Plumbers also use the spot laser when laying out pipes. (Some manufacturers call these pipe laser levels for this reason.)

Some line laser devices can also create spots. (Manufacturers may market these types of lasers as combination laser levels.) 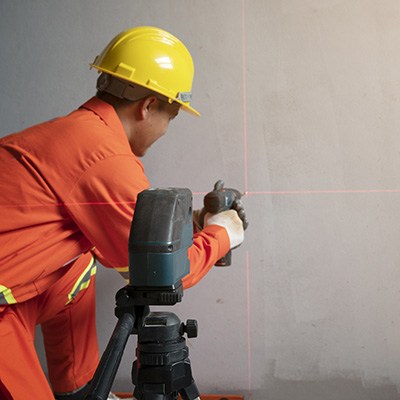 Did You Know?
Some laser levels also contain a stud finder capability, giving the homeowner two tools for the price of one.
Staff
BestReviews

A high-quality level is accurate to within an 1/8 of an inch or less over 30 feet. Being off less than 1/8 of an inch over a 30-foot span isn’t noticeable to the human eye, and this is far more accurate than the typical DIY-er is going to be able to achieve manually using a bubble level and sliding it along the wall.

These tools can generate either a red or green laser light.

The plane on which the laser light appears is another differentiator for these tools. Inexpensive models only generate light on one plane. Others may generate both horizontal and vertical planes at the same time. A few models made for DIY-ers may even generate a 360-degree beam, which is ideal for creating a drop ceiling.

When you hang the level on the wall or from the ceiling, you obviously need the mechanism to be perfectly level. If the device making the laser line is off even a tiny fraction of an inch, the line will be inaccurate.

Some laser levels have a self-leveling mechanism built into them. The mechanism uses a pendulum to ensure it’s hanging perfectly level before generating the line. Users may want to test the accuracy of the mechanism with a bubble level tool.

Some rotary laser levels have Bluetooth capabilities built into them, allowing for an easy way to test the calibration of the level and to operate it from a distance.

Inexpensive: The lowest-priced portable laser levels cost $15 to $50. They have basic features, such as only being able to create one or two lines at a time. They often run on alkaline single-use batteries, rather than from rechargeable batteries. Red laser lights are common in this price range.

Mid-range: Mid-priced laser levels are often portable models that cost $50 to $200. These models frequently make use of green laser lights and have some extra features, such as self-leveling capabilities and three-plane laser light generation. They may run from rechargeable batteries. A few rotary models fit in this price range, but these are not trustworthy models in terms of performance and accuracy. 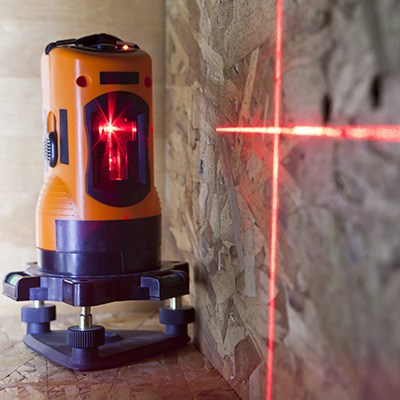 Did You Know?
Many of the top tool manufacturing companies offer laser levels, which is nice for a homeowner or contractor who has an affinity and loyalty for one particular tool brand.
Staff
BestReviews 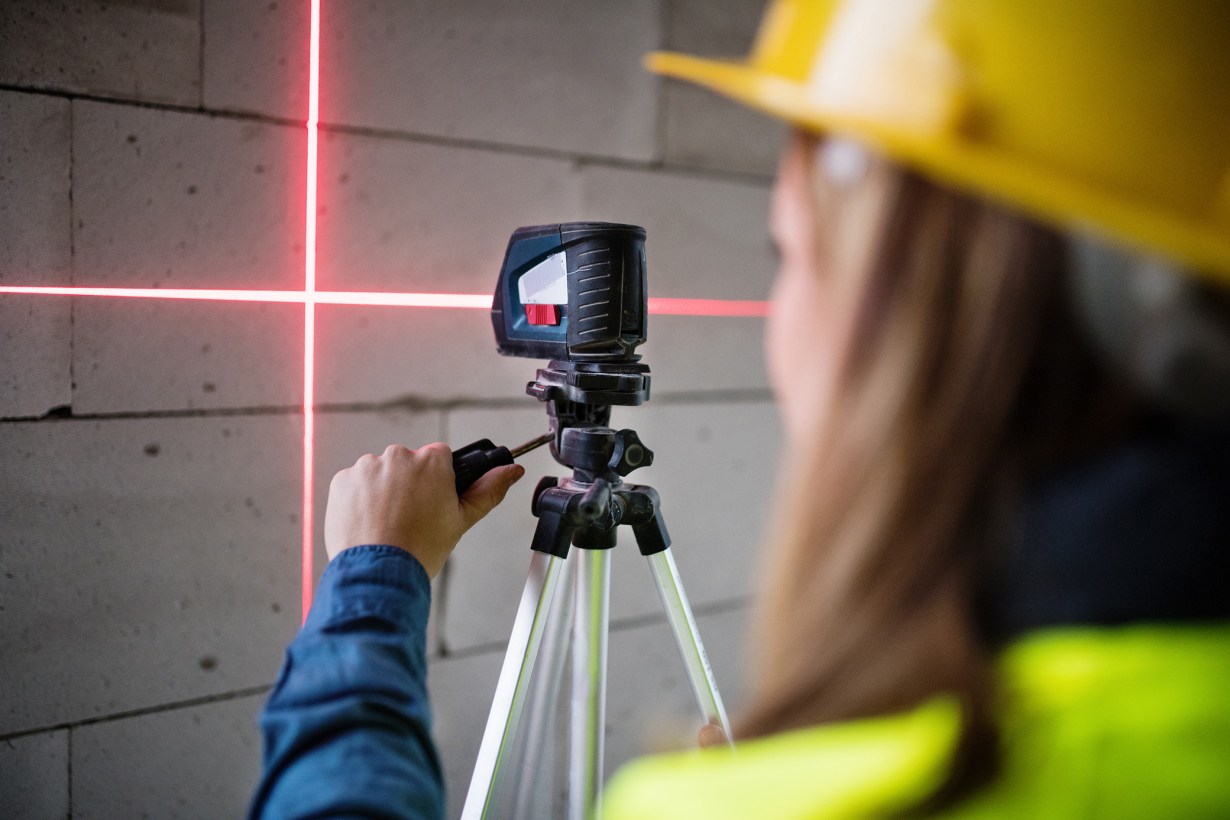 If the user drops a laser level or strikes it hard with another piece of equipment, it may fall out of calibration, necessitating testing it.

Q. Are laser levels safe to use around people?

A. All lasers could present some danger of causing damage to the eye with a long enough exposure. However, the majority of laser levels use a weak-powered laser, which is relatively safe. If someone had the laser light go directly into the eyes for a few minutes, it could cause damage to the retina. Look for protective eyewear that works with laser lights to generate maximum safety.

Q. How accurate are laser levels versus a manual bubble level?

A. People who typically use bubble levels appreciate the accuracy of these tools, but laser levels easily at least match them in terms of accuracy. Additionally, because they work over a longer distance, they generate far more accuracy over a dozen feet or more versus manually moving the bubble level along the line.

Q. How do I know if the laser level is out of calibration? 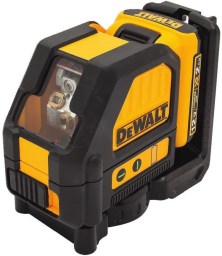 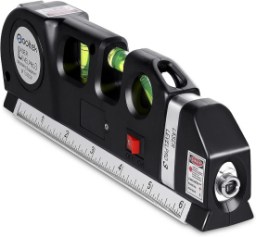 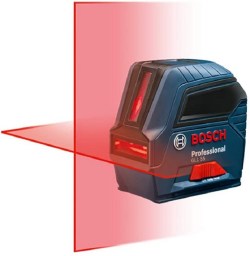 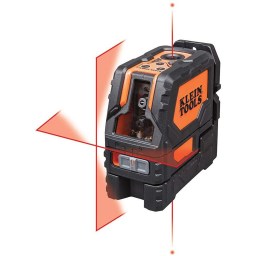 Top Pick
Klein Tools
93LCLS Laser Level
Bottom Line
A mountable tool with a host of added features that should make most jobs of all types easier.
Shop Now 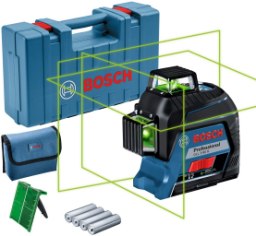 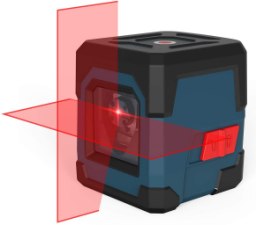