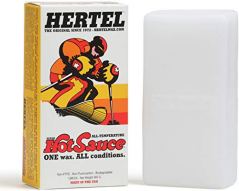 Our fitness expert uses this wax, which outperforms its competition in longevity and adapts to temperatures between 6°F and 52°F.

A wax that gets even better as time goes on. One of the few options that can be rubbed in or ironed on to equipment. Preserves skis and snowboards for multiple seasons. Loyal customer base.

Not designed to fill large gaps or gouges in equipment. 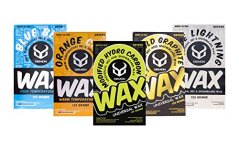 A pack of five individual waxes, each with its own unique aroma.

We love the scented options that add some fun to the waxing process. Some customers note waxes can last for several years. A cost-effective gift for the avid skier and/or snowboarder. 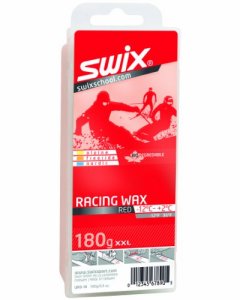 Consciously designed and formulated for fun, this wax from an industry leader earns our expert's approval

Great for the environment. Works 14°F to 36°F. Creates effortless glide in conditions from East Coast to West Coast. Ideal alternative to waiting in lines at ski shop. Should exceed expectations based on the low cost alone.

May require a bit more muscle to apply than other options. 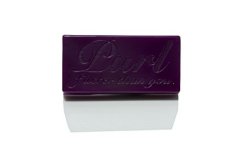 Sinks into the pores of your equipment to provide season-long performance.

Works well for both wintertime and springtime conditions, 5°F to 35°F. Customers appreciate that not much scraping needed for a smooth finish. Feels and looks homemade but performs like a pro.

Not necessarily formulated for speed. 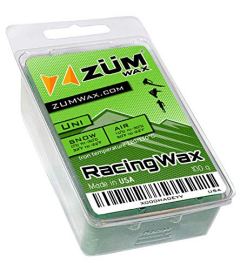 Melts evenly into skis or boards and ready for speed when it dries.

Turns the action up a notch on Black Diamond runs and even slushy conditions. Versatile performance in varying temperatures. Little to no smoke during the actual waxing process.

Can be a tad sticky on powder.

Skis and snowboards don't just slide across the snow on their own. For the best performance over various kinds of snow, you'll want to apply wax to the underside of your skis or your snowboard.

Wax allows you to glide more freely over the snow, which means you can go faster when skiing or snowboarding downhill. The wax also helps you sail over flat areas. You’ll move farther with the proper ski and snowboard wax, reducing the physical effort needed to propel yourself forward. As an added benefit, wax helps your snowboard or skis last longer. The materials used to make these pieces of winter recreational equipment dry out over time, leading to delamination. Wax keeps the material in prime working condition for as long as possible.

Some people take their skis or snowboards to a repair shop to have them waxed, but this is a simple task that you can do yourself with just a little practice and the right product. 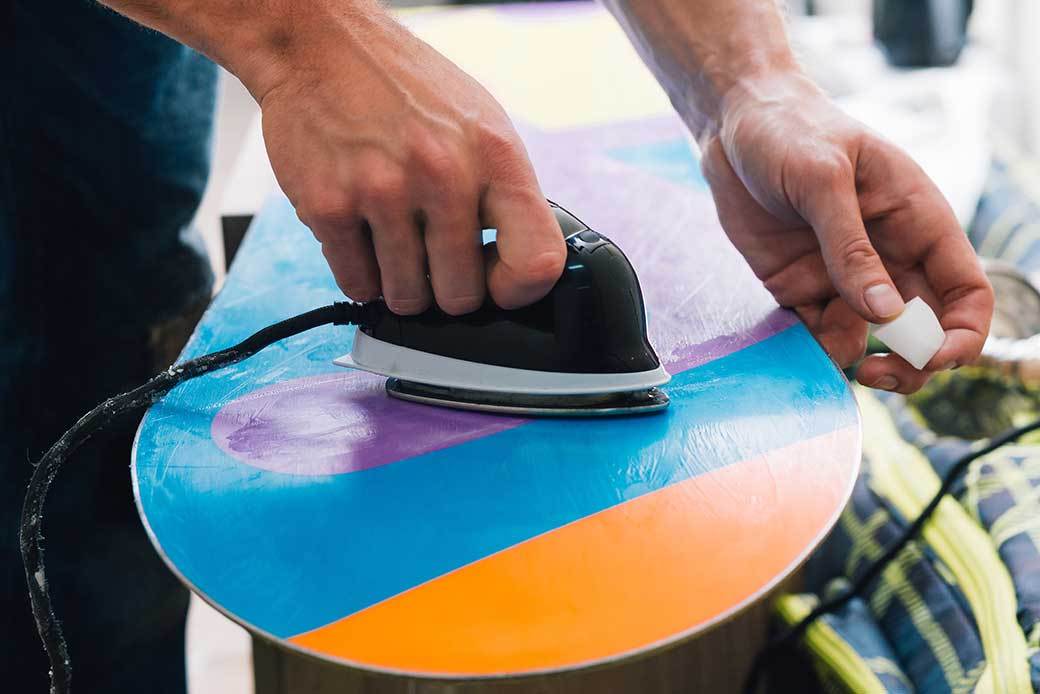 Always clean the bottom of the skis or snowboard before applying wax. Removing dust, old wax, and other particles allows the new wax to adhere better.

Multiple kinds of waxes are available for your skis or snowboard. It’s important to find just the right wax that matches your planned use, the type of snow, the weather, and the temperature.

A hot wax, applied with a wax iron, is a common type of wax for skis and snowboards, and it delivers the best performance of all the various types of wax. It’s available in many different configurations, allowing you to match the wax to the weather for maximum speed and performance. You also can find all-temperature hot wax that delivers adequate results in any weather.

Using rub-on wax allows you to quickly apply the wax and begin skiing or snowboarding again within minutes. It won’t last as long as hot wax, but it will give you a slight performance boost. Some people use rub-on wax to fix minor flaws between applications of hot wax. If you have a kid who wants to wax their own skis, rub-on wax might be a safer choice than hot wax.

The easiest type of wax to apply is spray-on wax, but it gives you even less of a performance boost than rub-on wax. Again, it’s probably best used for quick touchups between hot wax applications.

Waxes for skis and snowboards consist of different materials that are rated for varying conditions. For maximum performance, you should understand these materials.

Many snowboard and ski waxes use hydrocarbon as the primary ingredient. Some waxes include additives to deliver better performance levels. Hydrocarbon-based waxes are not especially environmentally friendly. You can find some plant-based waxes for snowboards or skis, but these don’t always deliver the same level of speed as traditional hydrocarbon-based wax materials.

Using a graphite additive in your wax gives your skis or snowboard the ability to glide a bit better than a hydrocarbon wax alone, especially on wetter snow. Graphite also helps to counteract electrostatic buildup on the base of the skis or snowboard that can cause you to slow down.

The moly additive delivers more speed than graphite because it keeps foreign particles like dirt from sticking to the skis or snowboard. This can be especially problematic in wet snow. Molybdenum has some of the same benefits regarding electrostatic buildup that you get with graphite.

The fluorocarbon additive delivers the best performance of all these additives. In dry snow, it allows you to glide efficiently. In wet snow, it repels moisture and water, allowing you to maintain your speed. It also prevents snowboards or skis from absorbing water, lengthening their lifespan.

Expert Tip
ALWAYS work from tip to tail when applying the wax and while scraping.
Judd NeSmith
BestReviews Fitness Expert

Scraper: Swix Wax Scraper
If you’re waxing your own skis, you need a scraper. This one is a trusted option.

Waxing iron: Swix T77 Economy Waxing Iron
For use with snowboards and alpine or Nordic skis, this ergonomic waxing iron delivers a consistent, even temperature.

Waxing kit: Winterial Snowboard and Ski Tuning Kit
Save some money and get everything you need in one convenient kit such as this one.

Ski and snowboard wax are not especially expensive, but you must apply it regularly if you ski or snowboard frequently, so the cost can add up relatively quickly. You can expect to use roughly 0.5 ounces of wax (about 14 to 15 grams) each time you apply it to a pair of skis or a snowboard. (This is a rough estimate. Some people will use more or less wax each time.) If you choose to have a repair shop apply the wax for you, it can cost $10 to $20 each time, including the cost of the wax.

To properly compare the price of wax, it’s best to calculate the cost of wax per ounce (about 28 to 29 grams) of the product.

On average, you can expect to pay about $1 to $3 per ounce of wax. Waxes at the lower end of the range often contain primarily hydrocarbon materials, which help for gliding across the snow but may absorb water along the way, breaking down the wax and the materials in the snowboard or skis.

Some waxes cost $3 to $10 per ounce. These pricier waxes tend to add fluorocarbons, molybdenum, or graphite to the hydrocarbons. These additives repel water and enable you to ski or snowboard faster. Products that use a higher concentration of fluorocarbons cost more than those with other additives or no additives. Biodegradable waxes are also at the higher end of the price range.

You also may need a scraper, which costs $5 to $12, and a waxing iron, which costs $25 to $60. You can sometimes purchase all of these items in a single kit, including the wax.

Expert Tip
Scrape off as much wax as you can with a scraper or brush before applying new wax.
Judd NeSmith
BestReviews Fitness Expert

Cross-country (Nordic) skis require a specific type of waxing process and type of wax. Here are some tips for figuring out how to properly use wax on cross-country skis. 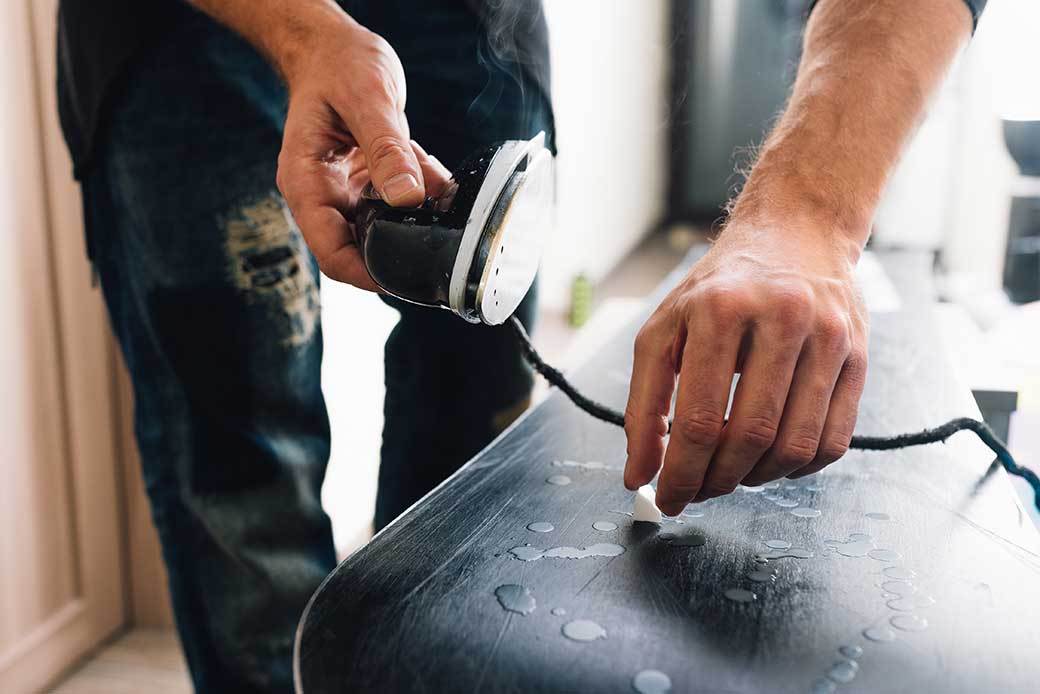 You need to use specific wax designed for skis and snowboards. Applying candle wax to your skis or snowboard could damage the equipment.

Q. What are the benefits of waxing snowboards and skis?

A. Waxing the bottom of snowboards and skis helps them glide more freely along the snow, giving you better speed. You may not notice the benefits of the wax when going downhill, but when you’re moving along flat terrain, the wax helps you maintain speed with less effort. Wax also preserves the material used in the construction of skis and snowboards, helping them last longer.

Q. Should I wax my skis or snowboards before I use them for the first time?

A. The manufacturer of your snowboards or skis should have waxed them before you purchased them. However, this may not be wax of the highest quality, so some people prefer to apply their favorite wax themselves before using the snowboard or skis for the first time.

Q. How often should I apply wax?

A. As a general rule, you should wax your skis or snowboard two or three times per week when you’re using the equipment regularly. Wet, slushy snow wears down the wax more quickly than dry, powdery snow, so you’ll need additional applications. You also should apply wax whenever you notice the skis or snowboard slowing down prematurely when gliding over flat terrain.

Q. How long does the wax have to sit before I can use the ski or snowboard?

A. If you’re applying a heated wax, you want the wax to be cool to the touch before you use the skis or snowboard, which usually takes about 30 minutes. For other types of wax, you should be able to use the equipment within several minutes. 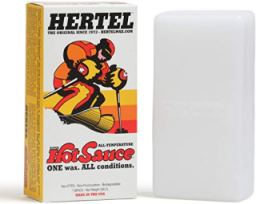 Best of the Best
Hertel
Super HotSauce All Temperature Ski/Snowboard Wax
Bottom Line
Our fitness expert uses this wax, which outperforms its competition in longevity and adapts to temperatures between 6°F and 52°F.
Shop Now 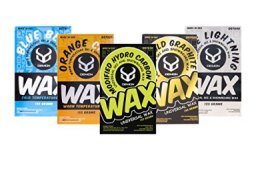 Best Bang for the Buck
Demon United
All Season Ski & Snowboard Speed Wax Kit
Bottom Line
A pack of five individual waxes, each with its own unique aroma.
Shop Now 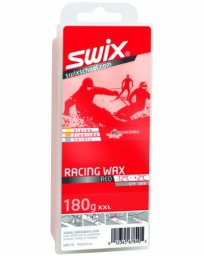 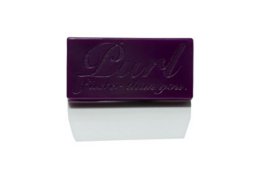 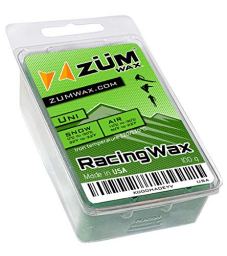