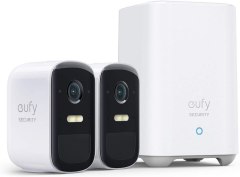 Between its huge memory and battery life, a eufyCam 2C Pro bundle is an easy wireless IP security camera to set up and monitor for months on end.

Detail-rich and vibrant 2K footage. Includes 2 cameras and a base station. Holds up to 3 months of recordings. Night vision. Up to 6 months of battery life. Spotlight. Weatherproof. 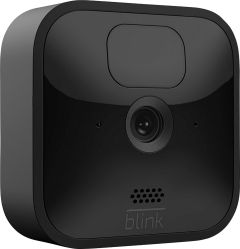 A subscription is required for premium footage recording. 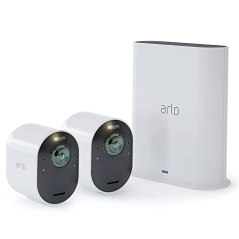 If you need the peace of mind that comes with a crystal-clear 12x zoom and pixel-perfect 4K HDR video, the Arlo Ultra 2 Spotlight Camera is a must-buy.

Emergency response, smoke alarm, and other features require a subscription.

This fairly priced wireless IP camera kit is a breeze to install and is a simple solution for anyone who needs to monitor a wide area.

Its night vision could be sharper. 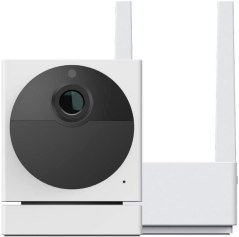 Homeowners who need to easily monitor their property both inside and out on a budget should consider the value of a Wyze Cam Outdoor bundle.

Its motion detection could be more accurate.

Wireless IP cameras are the latest development in home security systems. They can allow you to monitor and record both inside and out, and they have valuable features like motion activation, night vision, and compatibility with smart home systems for voice activation. Most provide excellent detail via 1080p high-definition images or better and are easy to fit.

In addition to all this advanced technology, you also have tremendous choice, from models that sit unnoticed in a corner of the room, to those that can take a beating from the worst of storms. But while that variety is great from a buyer’s perspective, it can make picking out the right model a bit of a challenge!

BestReviews has been on the case, looking at all the most recent developments across a range of price and performance options. We’ve picked out a few that show a representative cross section, and we talk about the important details in the following buying guide. 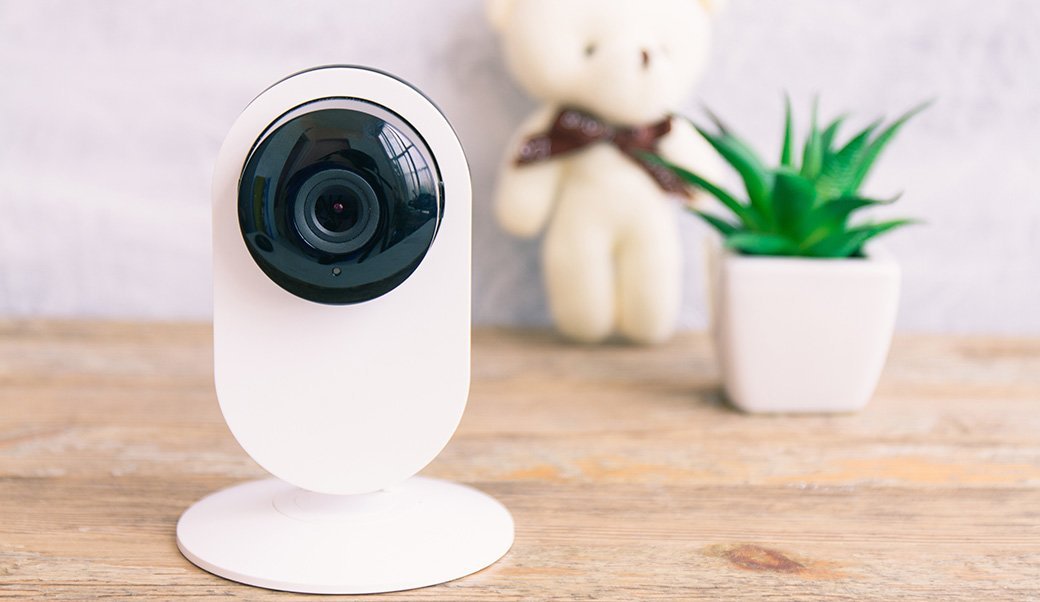 Many cloud-based backup systems require a monthly subscription. Some are free, but the amount of time recorded may be restricted.

Picking the right camera depends on a number of criteria, including situation (indoor or outdoor), mounting and connectivity, and device features.

Indoor: Indoor IP cameras are generally compact and very affordable. They can be fixed or simply left on a convenient surface. While generally thought of as a home device (and often doubling as a nanny cam), they can also be effective for office, factory, or warehouse use.

Outdoor: Outdoor IP cameras have one major difference: weather protection. Care is needed because simply calling them weather or water-resistant doesn’t really mean much. Good models have ingress protection — IP or IPX — rating, an independent international standard. With security cameras, IP65 or IP66 is the most common (you can find full information on what the numbers mean online).

A major advantage of wireless IP security cameras is the ease of installation, whether you’re using one camera or half a dozen. As far as the physical fitting is concerned, it’s usually just a question of drilling two or three holes and inserting screws.

Power: However, you need to be careful when looking at specifications because numerous wireless cameras still need cable! But not for the actual signal transmission, which works via internet protocol (hence the IP). Basically, it’s WiFi. The challenge comes in supplying power. In some cases, that means wiring to your electrical system. In many, it means a USB connection or PoE (power over Ethernet).

There are plenty of fully wireless systems. They have a removable battery pack containing rechargeable lithium-ion batteries, and it usually takes just moments to swap in new ones. The only drawback is that these tend to be the most expensive options.

Bandwidth: There’s one other thing to look out for, and that’s the bandwidth of your internet supply. This will be either 2.4G or 5G. Most people have 2.4G, which isn’t a problem, but while many IP cameras work on a 5G network, some don’t, so it’s another thing you need to check

Did you know?
Many “wireless” IP security cameras still need a cable for power unless you choose a battery-operated model.
STAFF
BestReviews

Motion sensors are another common feature. They’re particularly valuable on battery-powered cameras because they extend the operating time. You’ll want to look at the physical activation range, which can vary considerably. Object tracking, where the camera automatically follows whatever set it off, is also possible with some.

Quality: This is generally quite high, with 1080p HD (high definition) pretty much standard, and higher resolution available from some.

Night vision: This is also provided, though it varies considerably. Most cameras work on infrared, giving mono images. Color night vision is available, but it depends on the sensors used. Many require at least some ambient light, such as street or security lighting. If it’s not present, they’ll automatically shift to black and white.

Viewing: The image generated can be viewed and stored in a number of ways. With internet communications comes the ability to watch what the camera sees in real-time on phones and tablets from anywhere in the world.

Storing: Saving those images can be done in three ways: either to an SD card (usually installed in the camera itself), to a local drive, or to cloud-based storage. The latter offers lots of options, so you need to look at the details carefully. Free storage tends to be for relatively short periods and isn’t permanent. If you want continuous service, you’ll need to pay for a subscription. Note that battery-powered cameras with internal SD cards will continue to record even if the internet connection is lost and the power goes out.

Many wireless IP cameras record sound as well as images, and more advanced models have microphones and speakers to deliver two-way communication, so you can interact with the person being viewed. Depending on the specifications, this can be via your phone or in conjunction with smart home systems like Amazon Alexa or Google Assistant.

Whether you fit indoor or outdoor security cameras, apps offer tremendous control from any distance. It’s typical to have motion alerts, arming and disarming, and the ability to alert emergency services via a single button (which may require a subscription). Image sharing across multiple devices and locations is another popular feature.

Some IP cameras have a siren. At 90 decibels or more, it can be a great deterrent!

Inexpensive: The cheapest wireless IP security cameras are indoor-only models that start at around $25 each, though they can reach $50.

Mid-range: You can find pairs of outdoor security cameras for around $65, though these usually require a cable for power. Most fully wireless models run from $70 to $100 each.

Expensive: Models from big-name brands can cost upwards of $150 per camera, though you can often make comparative savings if you buy three or more. You do get tremendous feature sets and interconnectivity with smart home devices, so many people think these are worth the money.

Tips for using your cameras 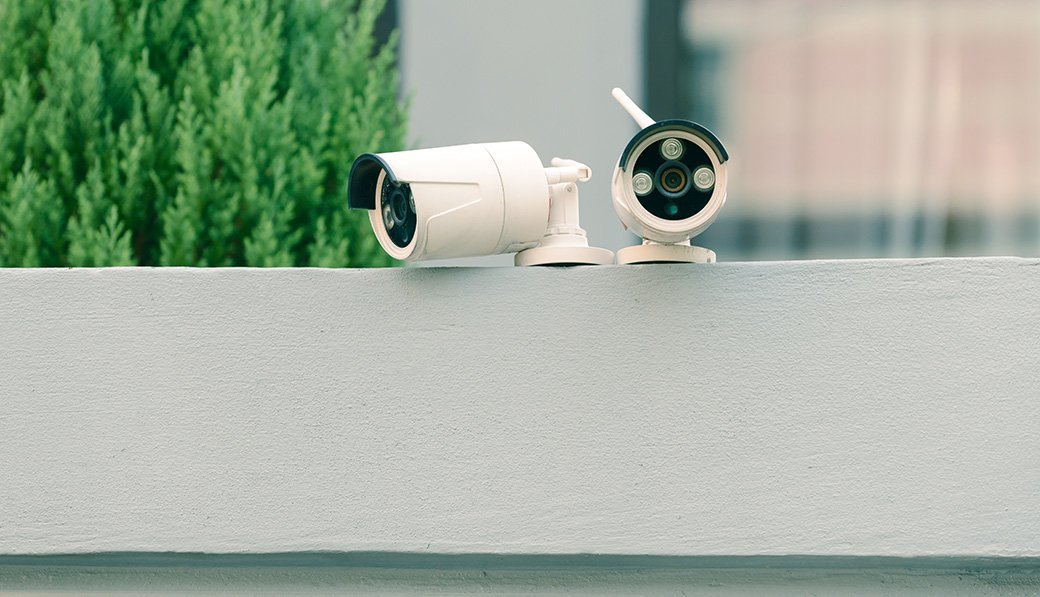 One benefit with IP security cameras that people often don’t consider is how portable they are. If you move your home or business, it’s a simple job to take the cameras with you.

Q. What’s the difference between CCTV and IP security cameras?
A. Closed-circuit television (CCTV) is really the forerunner of current systems and largely outdated. It needs a cable for image transmission and power. While not particularly difficult, it is more complex to install. It records locally to a digital video recorder, so there’s no cloud backup. Image resolution is usually lower, and it doesn’t have the flexibility, advanced controls, or apps available from IP security cameras.

Q. Is it easy to hack wireless security cameras?
A. Despite lots of scare stories, if you follow standard safety protocols and use strong passwords (including on your phone), these systems are quite robust. Of course, nothing is 100% secure (even the Pentagon has been hacked). Cameras are just one deterrent. You should also make sure you have adequate physical security, such as high-quality door and window locks.

Q. Will I need to upgrade my internet or WiFi?
A. We can’t give definitive advice because of the huge variety of systems out there. However, it’s unlikely. You can do a simple survey yourself. If you can get a WiFi signal on your cell phone or tablet in the location you intend to put an IP camera, you should be fine. 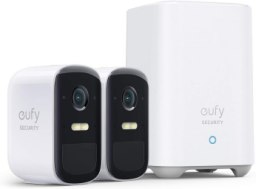 Best of the Best
eufy
eufyCam 2C Pro
Bottom Line
Between its huge memory and battery life, a eufyCam 2C Pro bundle is an easy wireless IP security camera to set up and monitor for months on end.
Shop Now 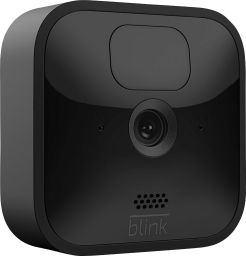 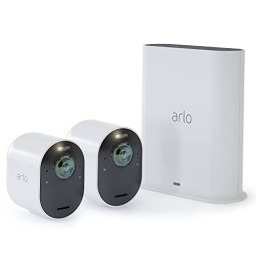 Top Pick
Kasa
Spot Wire-Free Camera
Bottom Line
This fairly priced wireless IP camera kit is a breeze to install and is a simple solution for anyone who needs to monitor a wide area.
Shop Now 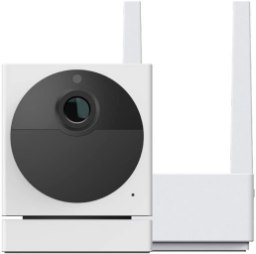 Top Pick
Wyze
Cam Outdoor Bundle
Bottom Line
Homeowners who need to easily monitor their property both inside and out on a budget should consider the value of a Wyze Cam Outdoor bundle.
Shop Now 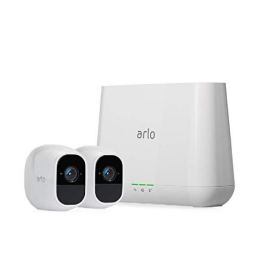 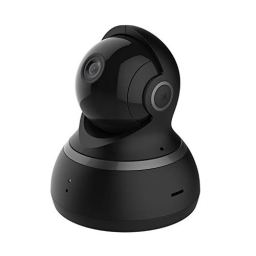 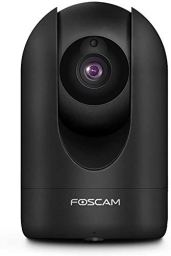 Top Pick
Foscam
Full HD 1080p WiFi IP Camera
Bottom Line
A motion detection alert to your smartphone on this model will let you know if there is any activity going on at home.
Shop Now 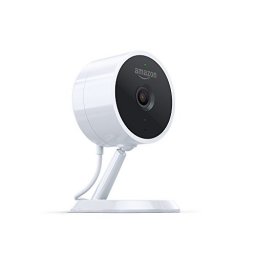 Top Pick
Amazon
Cloud Cam Security Camera
Bottom Line
If you're looking for a security cam that can work with Alexa, this is a custom-made choice.
Shop Now 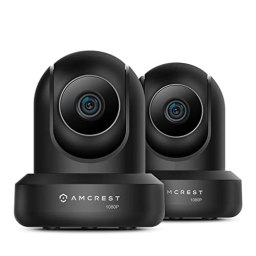