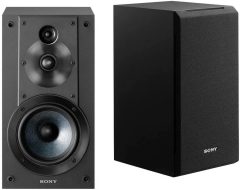 Bass aficionados may want to add a subwoofer. 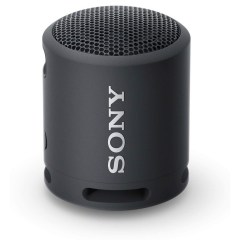 Our tech tester notes the professional quality of the built-in strap, bass booster, and color themes found with this model.

Lightweight construction and USB charging make this an excellent choice for individual listening. Offers exceptional bass despite the miniature size. Arrives with a strap for easy travelling. Offered in a variety of themes, including black, coral, powder blue, and more.

Still quieter than most other models, even at full volume. 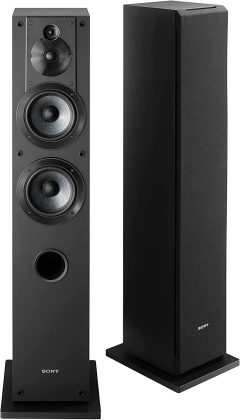 Doesn't have an AUX input. 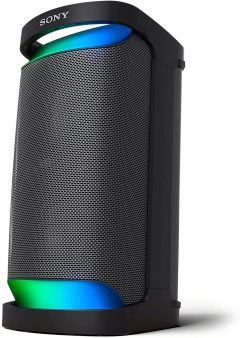 A big party speaker with 4 drivers, synced LED lights, and can be used as a guitar amp.

Sony is one of the most famous brands in the world, with a motion picture studio, a music label, and PlayStation under its umbrella. It has made its name in fields from premium photography to data storage, but the foundation of Sony’s business was audio, and Sony speakers are part of that legacy.

Sony got its start after World War II, when former naval researcher Masaru Ibuka opened up a radio repair shop in a damaged department store in Tokyo. A year later, Ibuka and his wartime colleague Akio Morita became business partners, introducing Japan’s first tape recorder. In the 1950s, what was then called Tokyo Tsushin Kogyo licensed the newly invented transistor from Bell Labs, introduced its first transistor radio, and changed its name to Sony. 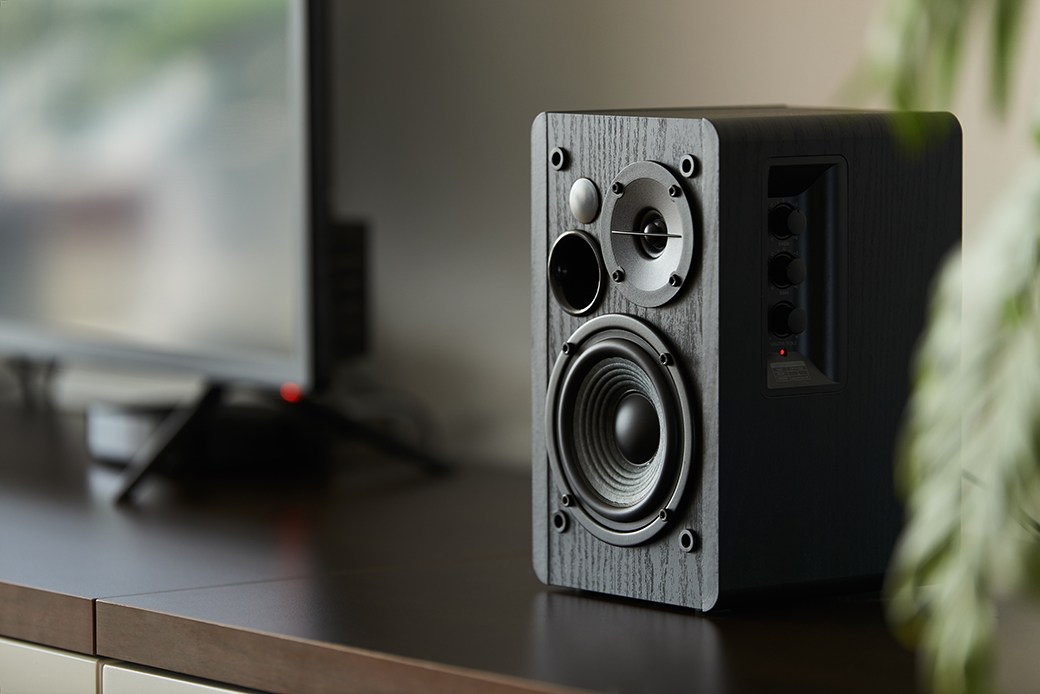 Sony’s SS-G7 speakers, introduced in 1977, are based on the same technology as its home audio speakers today.

How to buy the best Sony speaker

Sony has made a wide selection of speakers with various capabilities and features over its history. Its lineup can be divided into portable wireless, party, and home audio speakers.

When it comes to speakers, placement is one of the key variables in creating a setup that sounds right for you.

First, don’t put your speakers against a wall. This causes unwanted resonance in the low end, bloating the bass.

If you have left and right stereo speakers, try to aim them at the spot where you’ll be listening most, the so-called “sweet spot.” This helps establish the sound stage, placing instruments and voices where the artist and engineers intended you to hear them. This is called toeing, and some speakers need this less than others.

Try to have your sweet spot, like a chair or couch, pulled away from walls as well. Doing so limits the amount of echo off the walls that you hear.

Finally, aim your speakers as close to your listening ear level as possible — speaker stands can help.

Although based on left and right stereo speakers and related surround systems, many of these strategies also apply to single-unit portable speakers, such as distance from the wall and speaker height. 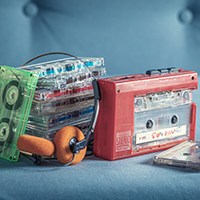 Did You Know?
In 1977, Sony introduced the Walkman, which became an iconic product of the ‘80s and popularized personal portable audio all over the world.
Staff
BestReviews

The driver is the part of a speaker that produces sound. Drivers can be classified as woofers, tweeters, and sometimes mid-range and supertweeters. Woofers are typically the largest drivers and produce sounds from 20 to 500Hz. Tweeters are smaller and produce sound from 2,000Hz to 20kHz. Most Sony speakers use woofers and tweeters in combination, with supertweeters reaching as high as 50kHz on home audio speakers.

The shape and material of drivers affect their sound. Sony makes squared-off woofers for its portable speakers to maximize driver area, while its home audio speakers offer materials such as mica reinforcement and polyester fiber.

Sony speakers may use both physical and electronic means to add power and impact to the lowest frequencies of sound, or bass. Many of its smaller wireless speakers use passive radiators to enhance the bass coming from their single or dual drivers, while its larger speakers have reflex ports built into their cabinets that channel air to enhance the lower frequencies. Sony also popularized electronic bass-enhancing technologies (trademarked as MEGA BASS and EXTRA BASS) in its portable audio products, and these features are still available on its wireless speakers.

Sony’s portable and party speakers put an emphasis on attractive, sleek, colorful designs that feature a combination of practicality and fun, including waterproofing that can take a stream of water without ill effects, shockproofing that can withstand a drop, and LED lighting effects that sync to the audio, often all in one product. Sony’s home audio speakers go in a different direction, boasting wood cabinets, detachable grilles, and subtle design choices aimed at maximizing sound reproduction clarity and efficiency.

Sony is a name that combines “sonus,” the Latin word for sound, with the word “sonny.”

A subwoofer is a speaker designed to reproduce the lowest frequencies of sound, including those below the ability of the human ear to hear. This sound is more felt than heard, but a good subwoofer fills out the audio produced by a speaker with just a woofer and tweeter. Sony makes subwoofers to go with its home audio speakers, or you can add your own. You usually need to connect a subwoofer to a receiver or amplifier, but some speakers can connect to compatible subwoofers directly or wirelessly.

If you want to use Sony home audio speakers with the convenience of streaming audio, look into attaching a Bluetooth or other wireless receiver to your stereo or home theater system. 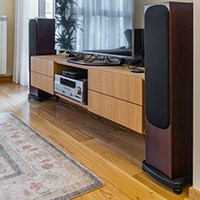 Did You Know?
The size and number of drivers affect a speaker’s ability to produce accurate and powerful sound.
Staff
BestReviews

How much do Sony speakers cost?

Sony’s smaller portable wireless speakers cost between $50 and $200. These offer one or two drivers, bass boost, and water and dust resistance.

The majority of Sony speakers cost between $200 and $600. These include its top model wireless speakers, large party speakers, and consumer-series home audio speakers in both bookshelf and floor-standing models.

At the high end, Sony makes premium home audio and home theater speakers that cost from $3,000 to $5,000, with its flagship audiophile speakers featuring cabinets of specially chosen hardwood priced at $27,000 a pair. These speakers are targeted at customers who value audio quality and engineering craftsmanship above everything else. 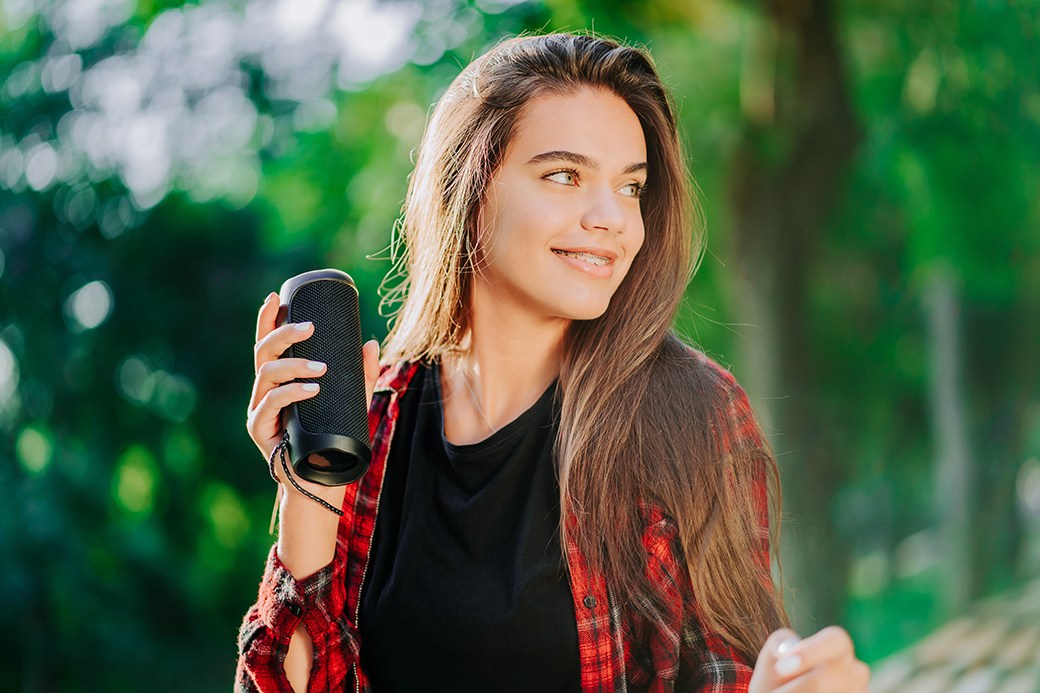 Speakers can be active or passive. Active speakers have their own power supplies, usually have built-in amplifiers, and can connect directly to audio sources. Passive speakers need to be connected to an amplifier or receiver.

A. Sony products have enjoyed a reputation for quality in terms of performance and build. Generally, Sony speakers are praised for their audio performance within their type, whether they be single-driver portables or high-end floor-standing models. Some audiophiles prefer other, more specialized speaker manufacturers, but these tend to be more expensive and somewhat rarer than Sony products.

A. Burn-in, or break-in, refers to the idea that new speakers and headphones don’t perform at their best until they’ve been used for some length of time. There’s substantial debate over the need for burn-in, but several speaker manufacturers offer recommended burn-in times for their products. According to Sony, their home audio speakers don’t need burn-in time and should provide excellent audio quality out of the box. 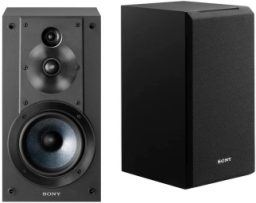 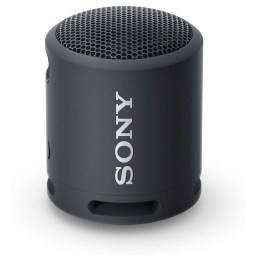 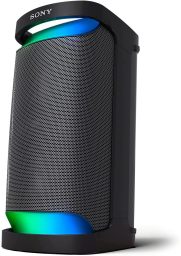 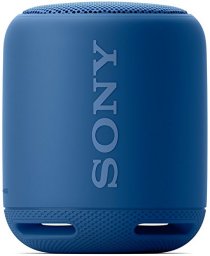 Top Pick
Sony
XB10 Portable Wireless Speaker
Bottom Line
Small speaker that has quite a bit more bass than you may expect to find, especially at such a low price.
Shop Now 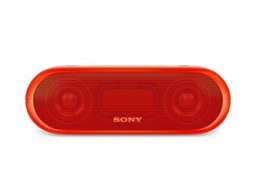 Top Pick
Sony
GTKXB7 Speaker with Bluetooth
Bottom Line
Bluetooth-enabled speaker that is available in multiple colors and is larger than most wireless speakers.
Shop Now