For most people, this projector will be more than enough to enjoy vivid movies, live sports, and games.

Projects 120-inch image from as little as 4 inches to 4 feet away, convenient for smaller spaces. Boasts 4,200 lumens of brightness with 300,000:1 contrast ratio for excellent image quality. Resolution at 1080p. Laser light source rated up to 30,000 hours. Comes with remote.

Does not have onboard streaming or program features. 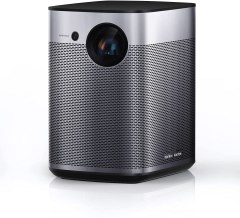 A portable model ideal for enjoying movies and other media outdoors.

Built-in Harmon Kardon speakers for good, quality sound even outdoors. Onboard Android TV offers access to most popular streaming content. Has 1080p resolution with 800 lumens of brightness. Battery lasts up to 2 hours on a single charge.

Not ideal for indoor or well-lit environments.

This sleek and Alexa-enabled unit is an excellent, premium option.

Some complaints about component failures. Expensive.

A solid projector with an integrated soundbar and smart assistant integration.

Expensive. Not the shortest ultra-short-throw projector.

A capable short throw projector with features ideal for projecting gaming and sports.

Not the best for natural or dark images and media.

If you’ve ever dreamed of building a home theater with a projector for giant-screen fun, but you don’t have the space or you’ve been intimidated by the cost, we have good news for you. Short throw projectors, a subset of the projector market, specialize in projecting a large image while sitting only a short distance from the wall. With an emphasis on portability and simplicity, short throw projectors are perfect for anyone with big home-theater ambitions but a small space.

At BestReviews, we’re on a mission to be the internet’s go-to resource for unbiased product reviews. We believe in equipping our readers with all the product information – both the good and the not so good – needed to make informed purchasing decisions.

Read on for our advice on short throw projectors, and when you’re ready to start shopping, see the table at the top of the page to learn about our favorite models. 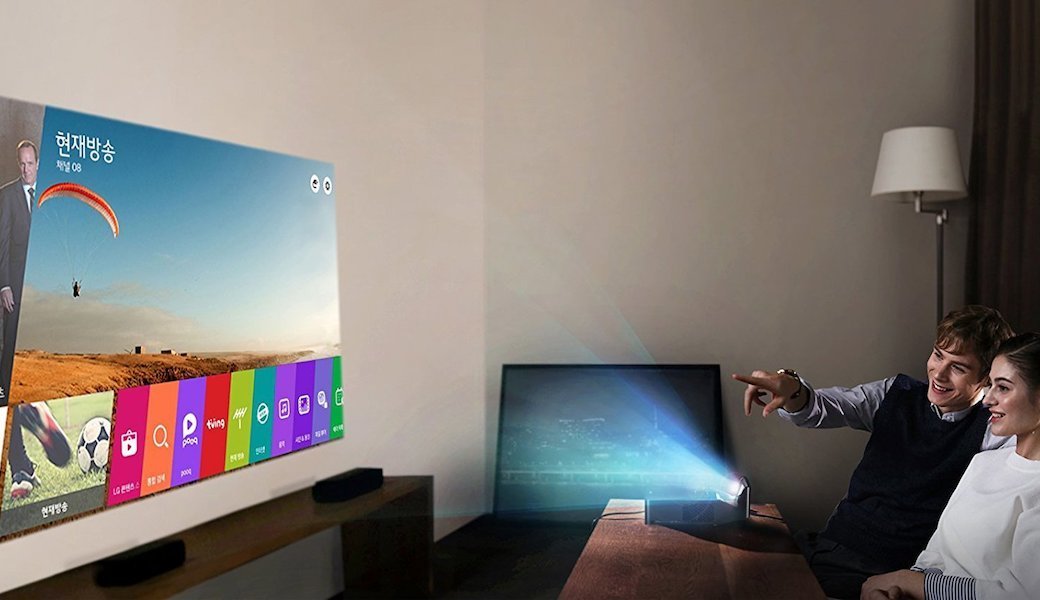 Smaller home theaters: Short throw projectors are great for apartments because they can create a big-screen experience in a tiny room. If you’re short on space, or if you want to dip your toe in the water of the world of home cinema, a short throw projector is the perfect place to start.

Conference rooms: If you’ve ever been in a tiny conference room, you’re familiar with the headache of trying to set up and adjust a traditional projector. Short throw projectors work in small rooms and are typically designed for simple connectivity to video sources. If you need a projector that can increase the efficiency of your meetings, consider a short throw model.

School classrooms: Gone are the days when teachers had to fumble with overhead projectors and unwieldy transparencies. Many teachers appreciate short throw projectors in the classroom as an invaluable tool for helping students watch slideshows or movies or even play educational games.

To help differentiate models, manufacturers of short throw projectors add new features – some of which are must-have innovations while others are jargon-based annoyances. At the end of the day, there are three key specifications that really matter: screen size, resolution, and weight.

Naturally, the thing that matters most is how big of an image a short throw projector can display on a surface. Pay close attention to how each model describes its maximum screen size – it typically lists a range, with the lower number representing the size where the image is going to be clearest and the larger number indicating how big it can get (so long as you’re willing to deal with a slightly blurrier picture).

While it might not seem like a big deal at first, the weight of the short throw projector you buy will have a big impact on its portability. Some models are as light at two pounds, while others can be as heavy as seven pounds. Add that to the weight of a bag, accessories, and your video source, and that’s a lot to carry around. If you’re planning on using your short throw projector in multiple locations, buy the lightest one you can afford.

Between $400 and $900: In this price range, you’ll find short throw projectors with features aimed at competing with the traditional projector market. These models have higher resolution, better contrast ratios, and in some cases, built-in apps. If you want the convenience of a short throw projector but the tech of a traditional projector, expect to spend closer to the high end of this range.

"Most short throw projectors include standard connectivity options like HDMI or DisplayPort. If you have an older video source that you need to connect, such as S-Video or VGA, instead of looking for a projector with those ports, look for an adapter. Adapters are the most cost-effective way to use newer projector technology with older video sources."
STAFF
BestReviews 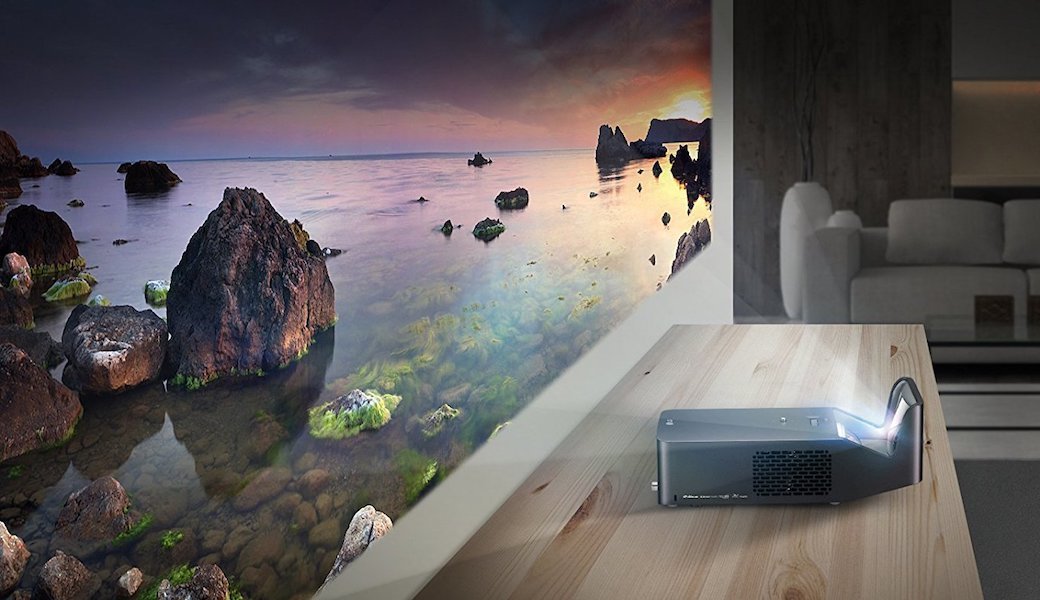 Q. How far away from the wall should a short throw projector sit?

A. Most short throw projectors are designed to project a 60-inch image while sitting approximately three feet away from the wall.

Q. Are short throw projectors as loud as traditional projectors?

Q. Do any short throw projectors include 3D support?

A. Yes. Although televisions stopped including 3D as a feature in 2016, many current projectors still support it. If you’re a fan of 3D movies, make sure the short throw projector you buy explicitly states that it includes 3D support. 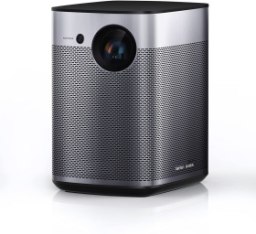