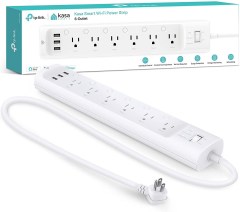 This power strip can be hooked up to Wi-Fi to use with a cellphone.

Voice activation is a great addition and makes it easy to turn off, especially if it is in a hard-to-reach place. Mobile control allows individual ports to be turned off to save more energy.

Outlets are not childproof. 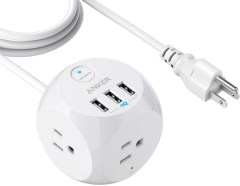 Compact design makes it easy to travel with. Tiny cube offers 3 outlets and 3 USB ports to charge up multiple devices with ease. Overload protection also protects devices from a surge. 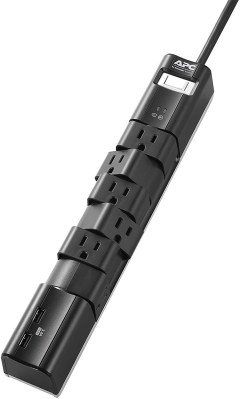 A unique design makes it easy to plug-in devices and helps with cable management.

Rotating outlets make it much easier to use. Cables can be led out in different directions for management. LED indicators display protection status. Comes with wall mounts.

LED indicator for Ground Fault Detection is not very reliable.

A great long-lasting power strip from a respectable company. 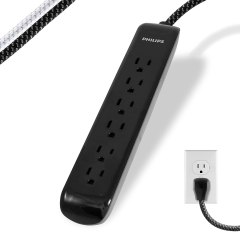 A power strip from Philips that offers good power organization with an attractive flat plug and braided cord.

In today’s high-tech world, outlet shortage is an all too common experience. Fortunately, there’s a simple solution to this problem: the power strip.

Consists of several electrical outlets that can be plugged into the wall, power strips allow you to power several devices at once with limited wall outlet space. The concept is quite simple, but in practice, there are several factors to consider before buying a power strip. 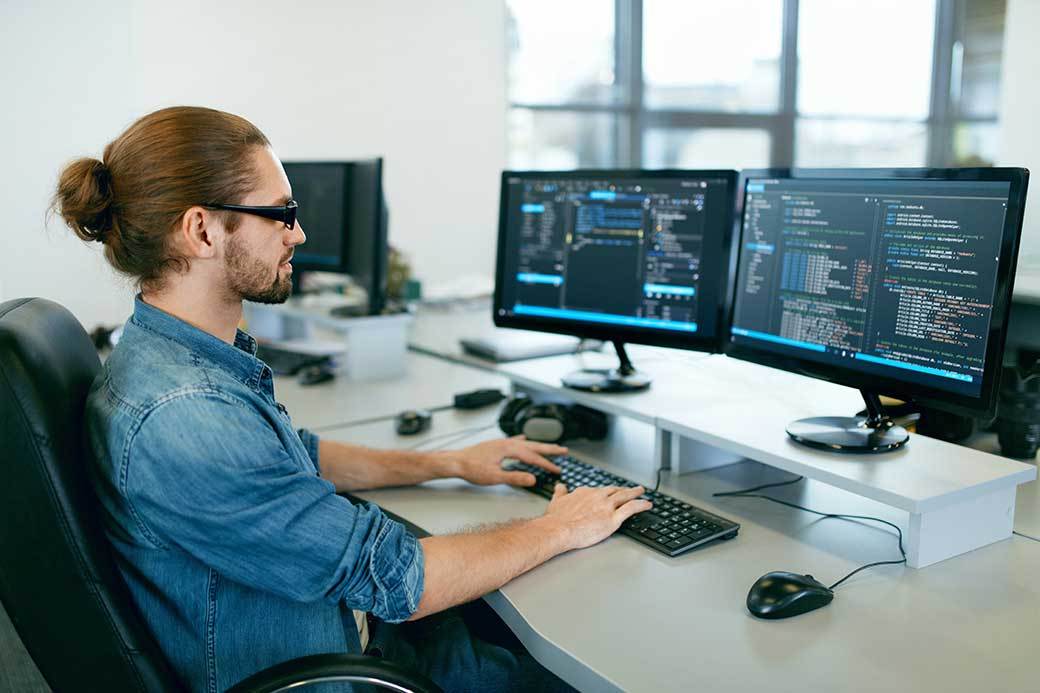 The two most important decisions you need to make are the size of the power strip and whether you want a surge protector.

Power strips have anywhere from four to 12 outlets; the majority have six outlets. Ask yourself how many items you will need to plug into the power strip and choose one that can accommodate this. Keep in mind that the more outlets a power strip has, the larger and bulkier it will be. This could be problematic if you plan to store the power strip in a tight space.

Many people use the terms “power strip” and “surge protector” interchangeably. However, this is not accurate. A power strip is a collection of outlets that you can plug into a wall outlet. A surge protector is a device with technology designed to protect electrical devices from power surges. If you’re concerned about your devices being damaged by a power surge, it’s crucial that you purchase a surge protector instead of an ordinary power strip. Many power strips these days have built-in surge protectors, though, so finding one shouldn’t be difficult.

Once you’ve determined the basic type of power strip you need, it’s time to drill down into the details.

Your power strip should have a long enough cord to reach from your outlet to wherever you want to put it. If the cord is too short, the power strip may not reach far enough to be useful. You can figure out how long the cord is by checking the product page online or reaching out to the manufacturer.

The most common power strip configuration is for all the outlets to be in a single line. However, there are power strips with two rows of outlets, and there are circular power strips that give you equal access to outlets in any direction (without the need to bend cords).

If you need to plug in a cord that’s particularly bulky, it may be difficult or impossible to use the outlets on either side in a standard power strip. In that case, you may want to think about purchasing a power strip with outlets spaced farther apart. Another option is to choose a power strip with swiveling outlets. These outlets can face straight up like a traditional power strip, or they can be rotated 90 degrees to either side.

Most power strips have an on/off switch that can cut power to the entire power strip without forcing you to unplug the strip itself. This is useful if you’re trying to conserve electricity. You can shut the power strip off at night, for example, and turn it on again in the morning when you want to use it.

Most electronic devices that have a USB charger can be plugged into an adapter and used in a regular outlet. If you don’t have an adapter on hand, it’s nice to have the option to plug your device directly into a USB port. Some newer power strips have this option. It’s not essential, but it’s great for charging smartphones and similar devices without reaching for the nearest computer or hunting for your adapter.

The most advanced power strips on the market today employ smart technology that connects them to WiFi. In addition to using the on/off switch, you can control smart power strips through an app on your phone. This gives you the freedom to turn the power strip on and off or to set a schedule for when you want it to be on and off. You can even control each outlet individually from the app.

A smart power strip is a wise investment for those who are trying to cut down on energy usage. By shutting off select outlets or the entire power strip when you’re not using it, you can reduce your electricity bill.

Power strips range in price from $10 to over $125. Cost depends on several factors, including the number of outlets included, whether the power strip has a surge protector, and what other features it offers.

If you just need a standard power strip and don’t have any special configuration requirements, you can find a suitable one for under $25.

Medical-grade power strips — those certified for use in hospitals — can cost $100 or more, but unless you’re purchasing a power strip for an institution like this, you probably don’t need to spend this much. 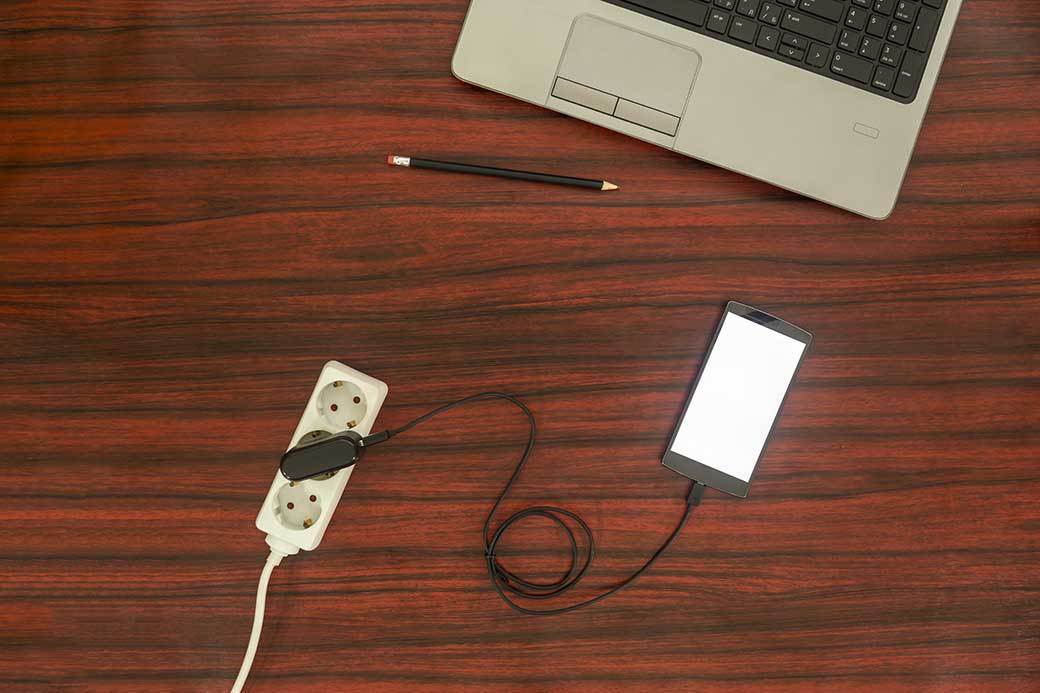 Keep your power strip cord straight while in use. Knotted cords may be prone to fraying or breaking.

Q. How do I reset my power strip after there has been a power surge?

A. Consult your owner’s manual for specific information about your model. Generally, you would unplug all items from the power strip and turn it off and back on again. There may be an indicator light that lets you know when the power strip is working again. Then, you just plug all your devices back in.

Q. Can I plug an extension cord into a power strip?

A. You may be able to, but you need to be careful to not overload the power strip, especially if it has multiple devices plugged into it. It’s best to consult your owner’s manual before plugging an extension cord into a power strip. 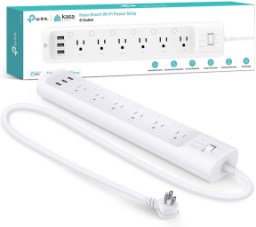 Best of the Best
Kasa Smart
Power Strip HS300
Bottom Line
This power strip can be hooked up to Wi-Fi to use with a cellphone.
Shop Now 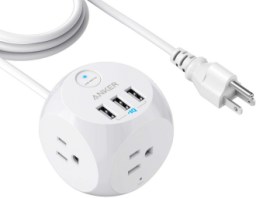 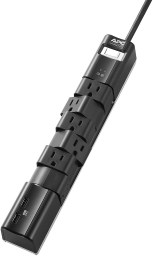 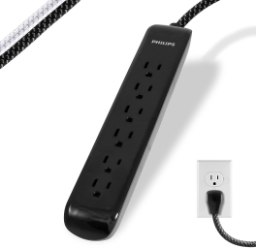