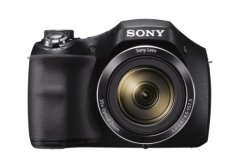 Sony's camera is easy to use and offers the feel and performance of higher-end options.

Large form factor fits well in the hands during long periods of shooting. Comes with a 35x optical zoom for some of the best telephoto shots. Built-in optical stabilization.

Integrated lens has poor low-light performance. Camera body is too big to fit in a pocket. 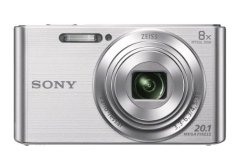 A nicely priced digital camera in this category for basic trips and adventures.

Comes with a variety of helpful, beginner-friendly features such as optical image stabilization, panorama shooting, and several image effects and filters.

The autofocus can take a few moments to resolve the image when photographing people and small objects. 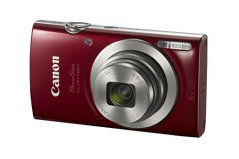 A good, affordable point-and-shoot digital camera that is small enough to fit in a pocket.

Built-in image stabilization makes it easier to get clear pictures without any blur. Comes with a 8x optical zoom for closer shots from far away. Easy-to-use menus.

The image quality is limited to only 20 megapixels, lower than other point-and-shoot cameras. 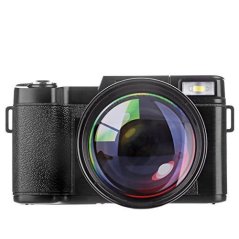 The type of under $200 camera to choose when you want to save the most money. 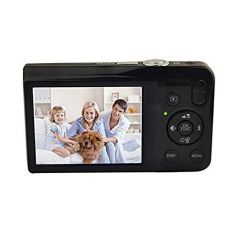 Non-articulating LCD screen makes it difficult to get tricky shots in small spaces.

Digital cameras have been around for a few decades, and during that time the technology has undergone a multitude of changes. In the early days, only simple point-and-shoot cameras were available. Soon, DSLRs and mirrorless cameras with advanced technology began to dominate the market. Then came smartphone cameras, which grabbed more of the market from point-and-shoot cameras. But inexpensive digital cameras take great pictures, they’re simple to use, and they’re relatively cheap. They may not be as plentiful as they once were, but these cameras work nicely for beginners.

If you want a simple point-and-shoot digital camera that costs less than $200, you can find many options. We can help you sort through the features to find a camera that’s right for you. When you’re ready to buy, check out our top picks for digital cameras under $200. 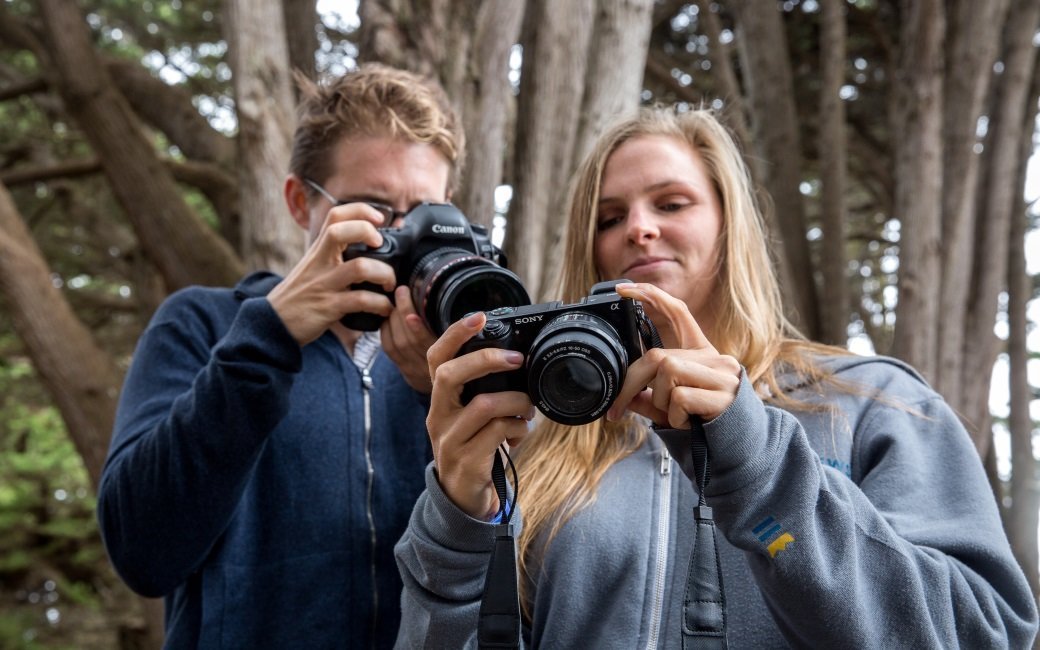 Digital cameras that cost under $200 are fixed-lens cameras. All cameras with interchangeable lenses cost more than $200 new.

When seeking a digital camera in this price range, you’ll be limited to what are called point-and-shoot cameras. You may also see them referred to as fixed-lens cameras. Here are some definitions.

A digital camera that costs under $200 is called a point-and-shoot camera, which refers to the simplicity of its operation. You just point the camera at the subject and press the shutter button to shoot the picture.

Many point-and-shoot cameras have some limited manual control features and shooting modes, but most people choose one of these digital cameras for its simplicity and use it in automatic mode. Manufacturers can keep the price low by not including advanced features in these cameras.

Point-and-shoot cameras are made for beginners. When you’re ready for more advanced photography, you’ll be looking at interchangeable-lens cameras (or ILCs). These models include DSLRs and mirrorless ILCs. In an ILC, you can change out the lens depending on the type of photography you want to do. Unfortunately, you won’t find new ILCs that cost less than $200, but you might occasionally find an older, used DSLR or mirrorless ILC in that price range.

To make a smart choice about a camera that costs less than $200, it helps to understand basic digital camera terminology. You’ll then be able to figure out which features you want in your camera.

Image sensor: This internal chip senses the amount of ambient light and records the photo. The image sensor’s physical size plays a big role in image quality. Most digital cameras in this price range have a 1/2.3-inch image sensor, which is smaller than the image sensors in more expensive cameras.

Megapixels: Digital photos consist of individual dots called pixels A megapixel (MP) is equal to 1 million pixels. More megapixels are desirable in terms of image quality. However, the image sensor’s physical size plays a far bigger role in image quality versus the number of megapixels a camera can record. Point-and-shoot camera image sensors can record anywhere from 12 MP to 24 MP.

Zoom lens: The zoom lens allows you to shoot a scene from different distances without moving your feet. You can magnify the scene with the zoom lens or shoot from a wide-angle view by using no zoom magnification or something in between. A fixed-lens camera has a zoom measurement listed as a number followed by an x. Larger numbers give you more versatility in shooting. 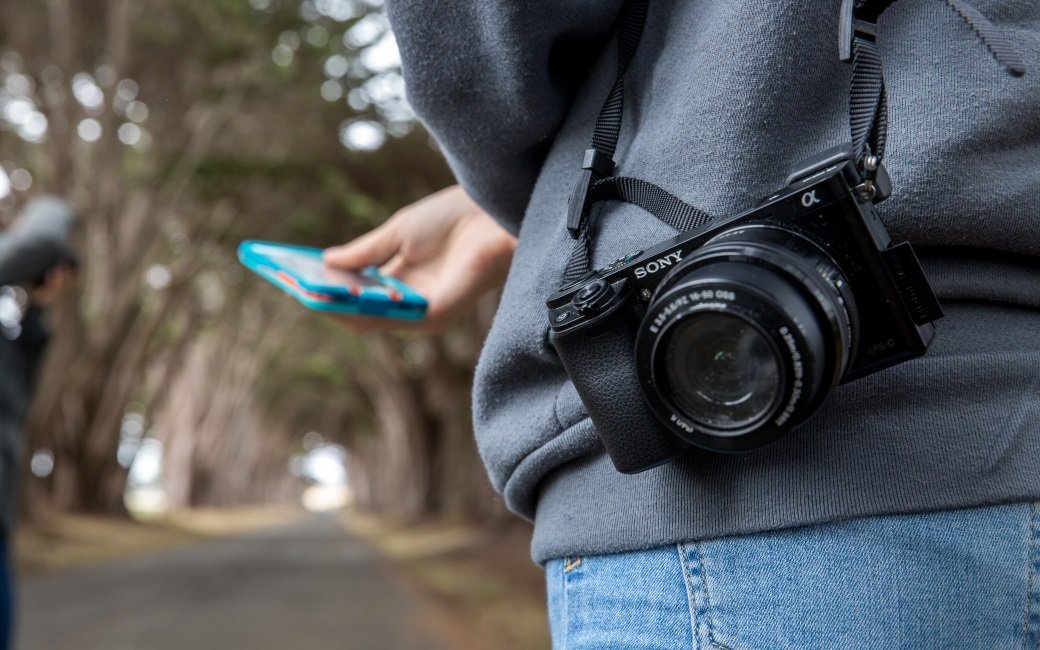 Point-and-shoot cameras don’t allow for add-on components like extra lenses or external flash units. Whatever is built into the camera is what you’ll be limited to using for your photos. 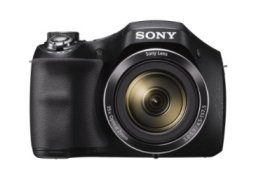 Best of the Best
Sony
DSCH300/B
Bottom Line
Sony's camera is easy to use and offers the feel and performance of higher-end options.
Shop Now 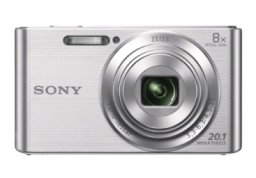 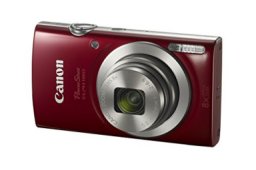 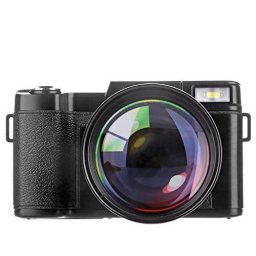 Top Pick
Kingear
R2 HD
Bottom Line
The type of under $200 camera to choose when you want to save the most money.
Shop Now 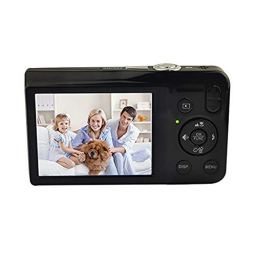