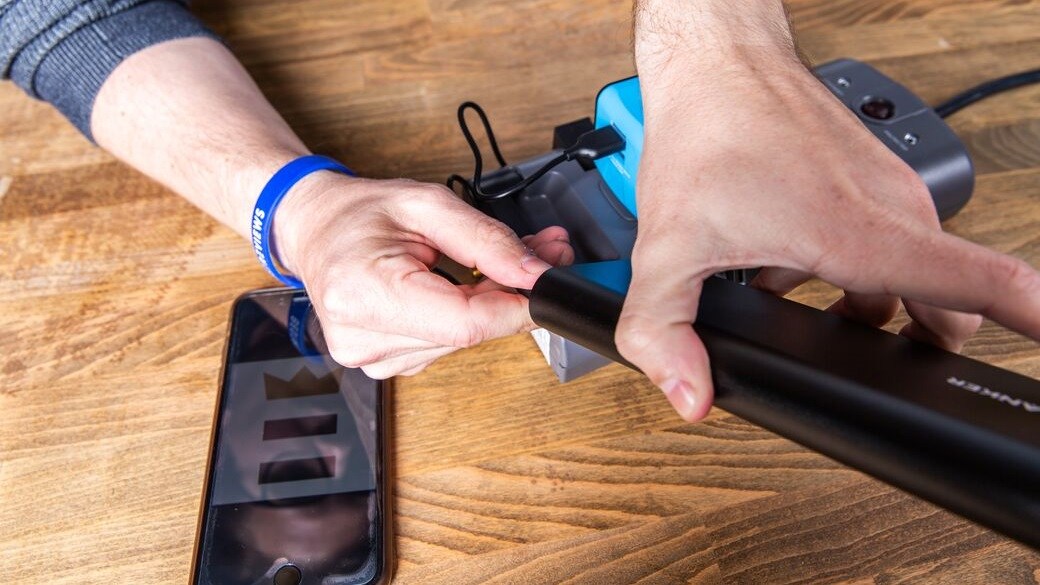 Whether you’re binge-watching Netflix or chatting with friends on WhatsApp, nothing gets in the way like a dead battery. This is especially true when you’re traveling and might not have access to a wall outlet. However, since power connectors and power delivery protocols are relatively standardized these days, it’s not hard to find a battery pack that works with all your devices.

The first thing to consider is just how much energy you need to store. Power banks can get large, but you probably don’t want to carry around something that weighs 20 pounds. Most travelers gravitate toward power banks with storage under 100 watt-hours, because that’s the maximum capacity allowed on commercial flights.

Today’s laptop batteries often fall in the range of 60 to 90 watt-hours with premium models, such as the Apple MacBook Pro 16, checking in at nearly 100 watt-hours. In other words, the biggest power banks allowed on airplanes can recharge your laptop entirely at least once.

Smartphone batteries are much smaller, usually in the neighborhood of 20 to 25 watt-hours. Given the efficiency of modern phones, a power bank with a capacity of 98 watt-hours could power your phone for days.

If you need to power a modern laptop with a USB-C port, you’ll want a USB-C Power Delivery 3.0 protocol. There are some power banks with AC outlets that support electronics without USB-C ports, but they’re not common. You’ll also need to make sure you have a cable rated to 100 watts.

Finding the perfect power bank for your smartphone has an added wrinkle. Anything with a USB port will do the job, but you’ll have to pay special attention if you want to take advantage of fast charging. The Qualcomm Quick Charge standard is the most common among Android devices, and Apple products use the same USB Power Delivery fast charging that laptops do. A decent number of power banks support Quick Charge.

There are a few other fast-charging protocols, and some are even cross-compatible with Qualcomm’s. Examples include those from Samsung (Adaptive Fast Charging) and Xiaomi (Mi Fast Charge). There are even some from nonsmartphone manufacturers, such as Anker’s PowerIQ, which offers partial compatibility with Quick Charge-enabled devices.

When they first hit the market, it took several hours to refill the largest power banks that were easily portable. Thanks to the advent and popularity of the USB PD standard, that’s no longer the case. Large power banks can recharge in a few hours or less using USB PD. This is useful if you find yourself near a power outlet but not close enough to use it. In that case, you can use the power bank to charge your laptop fully, then recharge the power bank while you’re using the computer.

Integrated USB hub functionality is one of the most interesting power bank features. With it, you can charge and use multiple peripherals at a time without draining your laptop battery. Another common feature is an LED capacity indicator. The simplest models just have four dots that represent four levels or charge from empty to full. The most complex have OLED screens that share the active ports and the protocols they’re using in addition to battery temperature, current output and exact charge remaining. Some large and costly models have features that go far beyond powering a laptop, such as dedicated inputs for solar panel setups.

To keep your power bank in peak condition, avoid draining it past 20%. Batteries stay healthier longer if they don’t go from 100% to empty all the time.

Another thing to consider is temperature. High heat degrades lithium cells and hurts efficiency, which creates more heat. This isn’t great for battery health. Your best bet is to avoid placing a power bank in direct sunlight.

Finally, don’t take a power bank apart yourself without proper training, and don’t use it in the rain or otherwise let it get wet.

Best power banks for your next trip

It has the highest capacity you’re allowed to fly with and can run most USB-C-enabled laptops. It comes with a 65-watt Power Delivery charger for fast refueling.

It has a more comprehensive LED display than almost any other and is one of the rare models that can serve as a USB hub.

It’s not heavy, and it doesn’t cost much. It can recharge most laptops once before needing to be recharged itself.

Its thin and light construction, plus the dependability of its manufacturer, make this an effective and convenient choice.

If you’re headed to the woods but don’t want to lose the use of your electronics, this massive power station should do the trick. It can hold up to 293 watt-hours and creates a pure sine wave current that’s safe for the most sensitive electronics.

This novel offering combines the wall charger and power bank to improve convenience and save space in your luggage.