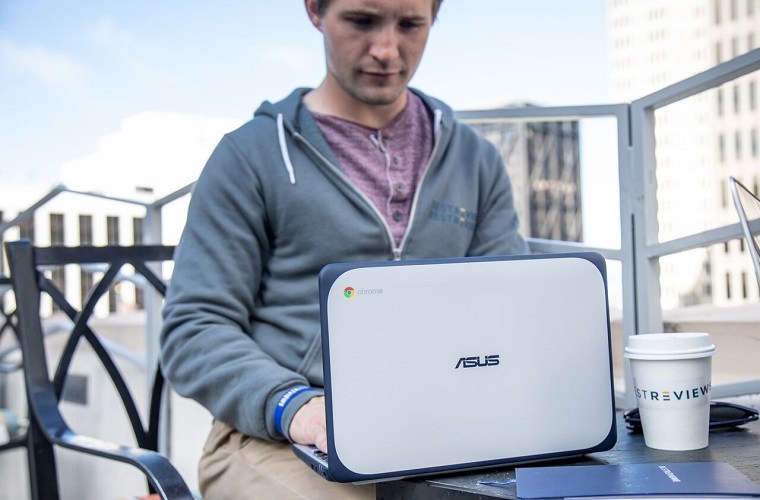 Which Chromebook is best for online learning?

Plenty of tools can help students improve their grades, so finding the correct tools can be daunting. A Chromebook is an excellent choice because the operating system is easy to use and there is virtually no maintenance. It’s a perfect option for those that don’t enjoy tinkering with settings.

The term “Chromebook” doesn’t refer to a single product as the word “laptop” does, but it’s a collection of gadgets that operate on Chrome OS. These include laptops, tablets and devices that detach from a dock or keyboard called detachables.

The operating system is the primary difference between a Chromebook and a traditional laptop or Apple’s MacBook. Most will be familiar with a laptop running on Microsoft’s Windows system, but Google Chrome OS powers a Chromebook.

It functions as an operating system version of the Chrome internet browser, letting you access all your Google accounts and products from the home page. Instead of browser shortcuts, you can immediately access apps, such as Docs, Sheets and Slides.

However, the shortcut comes at the expense of needing a constant internet connection. Where a normal laptop can function as usual without connecting to Wi-Fi, a Chromebook cannot. They often have very little hard drive space, so all your apps and files are stored in the cloud. You can only access or retrieve them if you are connected.

But in the context of online learning, it’s perfect because video lessons, modules and class work would all be online anyway. You can always add a portable hard drive through a USB port if you need more space.

The operating system isn’t for gaming or running third-party apps, removing any possible distractions. You can only install apps compatible with Chrome OS, and it's often only productivity applications developed by Google.

But there is an upside, as you’ll never get disrupted with software updates. The operating system updates apps and software to the latest versions in the background.

Similar to Windows-based laptops, there are several internal configurations for a Chromebook. Samsung, HP or Lenovo can use different parts to appeal to a specific demographic, but generally, a Chromebook has less powerful components than its Windows counterpart.

But that isn’t necessarily a disadvantage. Not only does it keep the Chromebook thin and light, but since all the apps and data are in the cloud, it doesn’t need a large hard drive, a powerful graphics card or lots of RAM. For college students who still need to visit campus or who like to study in coffee shops, this means less weight to carry around.

Most have built-in speakers and a microphone, but it’s worth investing in a solid pair of noise-canceling headphones to hear lesson plans clearly.

You can turn an old laptop into a Chromebook

If you want to breathe new life into an old laptop, you can try out a separate operating system version called Chrome OS Flex. The download lets you overhaul an old laptop by giving it a lot of the functions found in Chromebooks.

It still requires an internet connection to function, but it will give you a good idea of what a fully-featured Chromebook can do. The Flex version is free, whereas the Education and Enterprise editions for Chrome OS have a license fee.

Flip the 13.3-inch display over, and this Chromebook transforms into a tablet. It has a generous 128-gigabyte hard drive, 8GB of RAM and an Intel Core i3 central processing unit. The laptop uses the latest — and three times faster — Wi-Fi 6 GIG+ receiver, and the battery lasts for 13 hours. The display is compatible with any Universal Stylus Initiative-certified pen.

Powered by an Intel 1.8-gigahertz Core i5 CPU, it has a large 256GB internal hard drive, 8GB of RAM and a Bluetooth connection in addition to the Wi-Fi receiver. The 14-inch touchscreen is compatible with any USI pen, and the hinge lets you turn it into a tablet. It has two USB 3.2 ports, two USB-C ports and a microphone-headphones combination jack.

With 4GB of RAM and 64GB of storage, this Chromebook is perfect for learning. It has a 14-inch touchscreen display, a built-in 720p resolution webcam and dual speakers. The rechargeable battery can last up to 12 hours, and a 45-minute charge gives you 50% power. There are two USB-C ports, a USB 3.0 port and a headphones jack.

The Pixelbook has excellent battery life, as it can go without a recharge for up to 12 hours, and charging it for only 20 minutes gives you two hours of operation. It is half an inch thick and weighs around 2 pounds. It has a 13.3-inch touchscreen, 64GB of internal storage and 8GB of RAM. There is also a webcam and microphone for video calls, and the keyboard has backlit keys.

With a generous 14-inch display, this Chromebook weighs just over 3 pounds and is less than an inch thick. Internally, it has a 2.1 GHz processor, a hard drive of 64GB and 4GB of RAM. There are several USB C, SD card and USB 3.0 ports. Built into the display are a 720p webcam and two speakers.

This Chromebook has a 2.8 GHz central processing unit, 4GB of RAM and 32GB of internal storage. If that isn’t enough hard drive space, the gadget comes with a complimentary 100GB of Google Drive storage. The 11.6-inch LED display flips over to turn into a tablet, and it has two USB-C ports, two USB 3.0 ports and a memory card slot.

This 11-inch touchscreen laptop transforms into a tablet by flipping over and swiveling the display. It has 64 gigabytes of storage, 4GB of RAM and a rechargeable battery that lasts up to 10 hours. There is one USB 3.0 port and one HDMI connection.