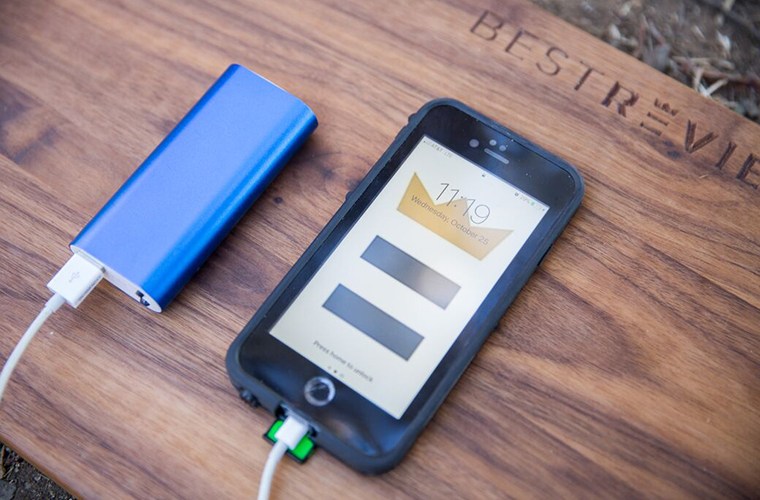 Have you ever installed the latest version of iOS, only to feel like it slowed your phone down? You aren’t alone; many people fear that Apple’s software updates make older devices obsolete. To better understand whether Apple updates negatively impact older phones, it’s a good idea to understand how they work and whether there are any trustworthy studies on the matter.

Do Apple updates slow your phone down?

How do Apple software updates work?

In 2017, a Reddit post on r/iPhone got a lot of attention when a user claimed to notice his iPhone 6S ran slower than his brother’s iPhone 6S. According to the Redditor, his phone sped up after replacing the battery.

Later that year, Apple provided an official statement to the popular tech website, TechCrunch. According to Apple:

“Lithium-ion batteries become less capable of supplying peak current demands when in cold conditions, have a low battery charge or as they age over time, which can result in the device unexpectedly shutting down to protect its electronic components.

Last year we released a feature for iPhone 6, iPhone 6s and iPhone SE to smooth out the instantaneous peaks only when needed to prevent the device from unexpectedly shutting down during these conditions. We’ve now extended that feature to iPhone 7 with iOS 11.2, and plan to add support for other products in the future.”

Apple is referring to a “performance management” feature that looks at your device’s temperature, battery state, and impedance. Depending on the state of these three variables, your phone may throttle the CPU or GPU. In some cases, this results in slower performance.

Since iOS upgrades can introduce CPU-intensive features, they may inadvertently slow your phone down if the battery can’t handle the demands without shutting down.

How to fix a slow iPhone

If you feel like your iPhone has slowed down over the years, a new battery may fix the issue. You’ll void the warranty if you replace the battery or take it to an unauthorized third party, so it’s best to have Apple handle the replacement.

Apple’s warranty doesn’t cover normal wear and tear, so you’ll have to pay for the battery replacement if it isn’t defective. Depending on your model, you can expect to pay between $50-$80.

Did a Harvard study prove Apple slows down phones to sell newer models?

A. You’ve likely seen the viral social media post claiming a Harvard study proved Apple deliberately slows older phones to boost sales of newer models. The post refers to an article published on Daily Mail, a British tabloid site. The study the author refers to was conducted by a Harvard economics student and wasn’t an official study endorsed or published by the university.

The student used Google Trends data on the phrase “iPhone slow” to determine whether there was a spike in people searching the term after new devices were released. Sure enough, there are significant spikes that coincide with Apple device releases.

Sendhil Mullainathan, the student’s professor, later authored a post for the New York Times stating the results don’t prove that Apple deliberately slows down old devices. Instead, he argues it only proves new device releases make people feel like their phone is slower. According to Mullainathan, it’s possible that “hearing about a new release makes you contemplate getting a new and faster phone. And you suddenly notice how slow your old phone is.”

Was Apple sued for planned obsolescence?

A. Planned obsolescence is a design concept in which companies create and sell a product with an artificially-limited life span, forcing people to replace the product quickly. The Italian Competition Authority fined Apple in 2018 for allegedly persuading consumers to update their devices even though it knew the update would cause issues with their phones.

In 2021, Apple was sued by Deco Proteste, a consumer organization from Portugal. According to Deco Proteste, “Apple deliberately manipulated, and without informing its users, the performance of its most popular devices, the iPhone 6, 6 Plus, 6S, and 6S Plus. In doing so, Apple forced several users to replace the battery of their devices or to buy a new smartphone.”

This phone’s screen and connectivity make it an ideal choice for mobile gamers. It features five cameras and takes top-notch photos. It has a built-in S Pen for those who like using a stylus. It can record 8K video.

The bright OLED display looks fantastic. The steel frame looks sleek and seems durable. This takes excellent photos and features a night mode for taking pictures in the dark. It’s available in five colors and features up to 512 gigabytes of storage.

This phone uses the Android operating system and has a full-HD display. It has a 50 MP camera and a long-lasting battery. The magic eraser feature lets you easily remove unwanted objects and people from photos.

This phone features a smaller screen than other iPhones. It can charge wirelessly and is available in six colors. It’s a reliable phone that excels at essential functions.

This features an impressive display that folds to make the phone more compact. The camera is optimized for low light conditions.

This features 6 megabytes of memory for smooth performance. It’s available with up to 512GB of storage and in six colors.

Cody Stewart writes for BestReviews. BestReviews has helped millions of consumers simplify their purchasing decisions, saving them time and money.