A popular calculator ideal for numerous math and science applications, including chemistry, biology, statistics, and algebra. Works well for graphing. Has a spacious screen, pull-down menu, and pre-loaded apps.

Pricey. Learning how it works can be confusing, but the company provides access to web tutorials to help you.

Has 280 functions, including fractions, stats, and other calculations. Multi-replay lets you backtrack and edit expressions. Approved for college entrance exams. Solar power backs up batteries.

Boasts a streamlined build that feels comfortable in the hand, and doesn't add a lot of bulk to bags or book packs. Perfect for algebraic and statistical equations. Falls on the lower end of the price scale.

Buttons have a bit of a flimsy feel. Display is one line. Some owners gripe about the distracting glossy finish.

Has 240 functions on a 2-line display. Comes with a hard case for protection. Has 9 variable memories and solar power to back up batteries.

No derivative or integral functions. Some people have a hard time reading the screen.

Offers both solar and battery power capabilities and a 4-line display. We love the edit, cut, and paste functions. Suitable for basic algebra to geometry and more. Mid-range price.

Reported inaccuracies when using scientific notation. Screen is difficult to see in some low-light settings.

When it comes to functions, variables, equations, and formulas, most of us feel overwhelmed. Understandably, picking out the best scientific calculator can be an intimidating task. And it doesn’t help that there are so many models on the market. Don’t worry, though, because we’re here to help.

At BestReviews, we make shopping pain-free with our thoroughly researched recommendations and detailed shopping guides. Whether you’re buying a scientific calculator for yourself or your child, simply keep reading to learn the difference between calculators, how they are powered, the key features and functions, and how much you can expect to spend. 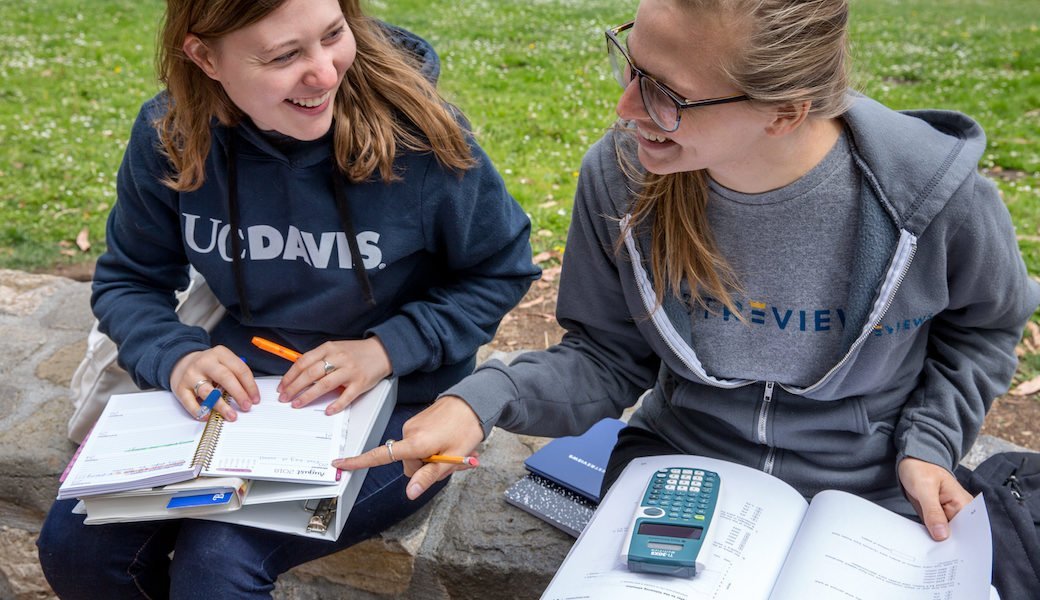 Because of concerns about cheating, using a smartphone app for math calculations is not allowed in most classrooms or when taking standardized tests. Scientific calculators, however, are permitted devices.

A basic calculator only performs basic mathematical functions. It can add, subtract, multiply, and divide. It might also be able to figure percentages, square roots, or perform other simple calculations as well.

A graphing calculator typically has the same problem-solving abilities as a scientific calculator. The only difference is its higher-resolution screen, which allows you to see the solution on a graph.

Unless you have a desktop adding machine, the days of corded calculators are pretty much over. Today, scientific calculators are either battery-powered, solar-powered, or dual-powered (solar and battery).

With all the emphasis on renewable energy sources, it’s pretty hard to recommend a device that uses disposable batteries. An argument could be made for rechargeable batteries, however. The biggest downside to using batteries, besides the environmental concern, is that when your batteries die, you no longer have a functioning calculator. If it happens at an inopportune time, you’re out of luck.

If a calculator doesn’t have a lot of electrically demanding features such as printing and graphing – which scientific calculators do not have – then solar power is a great way to go. The cells can charge from natural or artificial light, so your chances of running out of juice are very slim. Unless you store it in a drawer or use a protective cover, a solar-powered scientific calculator could be your best option.

Combining both power sources can give you peace of mind. If your batteries run out, you can still use solar power. If two power sources make you feel more secure, a dual-powered scientific calculator is a good option.

Expert Tip
Learning to use a scientific calculator can be almost as difficult as doing the math by hand. Read your owner’s manual so you understand what all the buttons mean and the order in which you need to push them to get the proper answer.
STAFF
BestReviews

If you’re going to be tossing your scientific calculator in a backpack or slipping it into your pocket, having a cover, case, or lid to protect the keys and screen can be invaluable.

Design is more than just your favorite color, it’s about how comfortably your scientific calculator fits in your hand and how easy it is to find and press the buttons you use most often. Does the calculator’s layout make sense to you?

Having a scientific calculator with a recallable memory can make solving a string of equations with a common part appreciably easier to do.

Multi-function keys give you the ability to perform two or three functions with the same key. This way, you can solve a wider variety of complex problems without adding any more keys, which keeps the number of buttons on your scientific calculator to a somewhat manageable number.

Having a multi-line screen on your scientific calculator allows you to see more of what you entered, which can lessen the chance for a mistake. It can also let you see both the problem and the solution at the same time to allow for greater comprehension of the mathematical concepts involved.

If you need to solve a complicated equation for several different values, it helps to have a programmable scientific calculator. Much like a computer, a programmable calculator lets you execute a stored sequence of operations.

Having an undo feature on a scientific calculator is great for those times you accidentally hit a wrong number. Instead of starting from scratch, just step back through what you did one element at a time to quickly fix the error.

A replay function on your scientific calculator is like an advanced undo function. It lets you step forward or backward through your calculations to double-check your work. If you find a mistake, you can correct that mistake and solve the equation again without starting over. 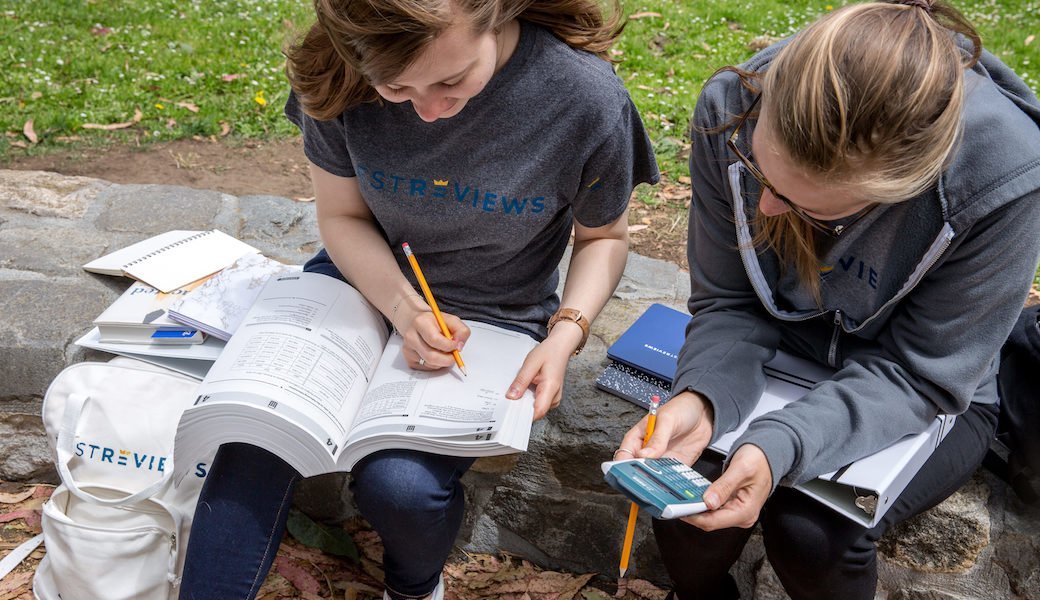 There is a great deal of research that supports the idea that using technology, such as a scientific calculator, isn’t a crutch. When properly integrated into a comprehensive learning approach, technology actually increases a student’s understanding of mathematical concepts.

Q. How does a scientific calculator work?

A. Electronic language is binary. That means it is based on two things: on or off. Or, as it is usually represented, ones and zeros. Every key that is depressed is translated into the language that the calculator understands. Using a series of rules and routines, a scientific calculator processes extremely complex computations instantly. The most important part, however, is that the calculator can also translate binary language back into numbers and other characters that are displayed on the screen.

A. A scientific calculator starts to become useful in early algebra. It becomes a necessity as you get into more complex levels of algebra. You may also find it helpful in statistics, biology, and chemistry. Although a scientific calculator can also do the math needed for trigonometry, calculus, physics, and engineering, if you need to see a visual representation of an answer in the form of a graph, you will need to use a graphing calculator instead.

Q. Can I use a scientific calculator on the SAT?

A. You cannot use calculators on the SAT that have power cords, a stylus, connect to the internet, or have a QWERTY keyboard. Therefore, a scientific calculator is perfect for the SAT. 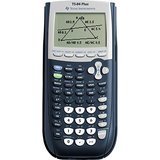 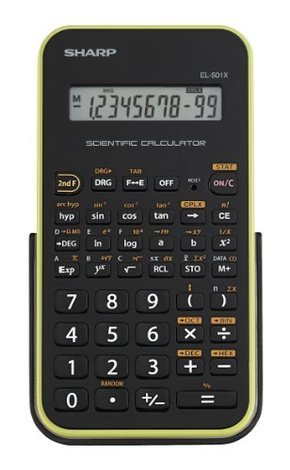 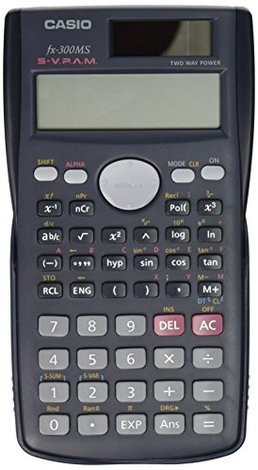 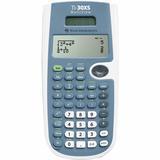 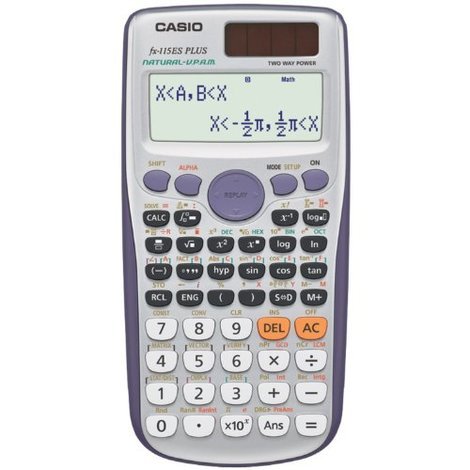